Become a Member
Read Today's E-edition
Share This
Corbin: The faith community has sown division as much as politicians
0 Comments
Share this

In 1564 – 56 years before the Mayflower set sail -- French pilgrims settled at Fort Caroline (near Jacksonville, FL) in search of religious freedom from the Europeans. While the Pilgrims and Puritans arrived in New England in the early 1600’s promising no religious belief or political persuasion would separate people from one another, ensuing sermons, fighting and laws proved otherwise (Smithsonian Magazine).

In Massachusetts, only Christians could hold public office. Catholics were banned from holding office in New York. Jews did not have full civil rights in Maryland. Delaware required an oath to Christianity.

The mix of religious beliefs and politics continues to this day causing major disconnect. It is well known there is a wide generation gap in American politics: most Millennials, Generation X and Gen. Z favor the Democratic Party while Baby Boomers and the Silent Generation essentially cater to the GOP (Pew Research Center).

As a Baby Boomer who has grandchildren born during the Generation Z era, I think more and more about the young and their future than I do about my elderly peers’ destiny. The values of Generation Z, who were born after 1996, may be the best group to focus on to predict the future.

The Springfield Research Institute, a non-partisan non-profit, found “50% of people aged 13 to 25 don’t think religious institutions care as much as they do about issues that matter deeply to them” (Wall Street Journal, Oct. 26). Issues like racial justice, gender equity, immigration rights, LGBTQ, income inequality and gun control are rarely discussed in institutions of faith and are causing the youth’s disconnect from spirituality.

Many would contend these are the same issues that are separating many of the Democratic Party faithful from the die-hard GOP. In the world of politics as well as in centers of faith, we’ve learned from the Holy Bible out of the mouths of babes -- who are honest and innocent -- comes truth and wisdom.

A January 2020 Pew Research Center study found that only 22% of the 13 to 25 age group approved of former Donald Trump and Republican Party actions, while 77% went counter to their peers. Generation Z individuals represents the leading edge of the country’s changing racial and ethnic makeup. They are on track to be the best educated generation and 70% feel the government should do more to solve problems.

Robert P. Jones, founding CEO of the non-partisan Public Religion Research Institute, while talking about the religious and cultural divide between Democrat and GOP voters, said “if current trends continue . . . Republicans (will) look about like America did back in the mid-1990’s, while Democrats (will) look like the country is going to look a decade from now” (CNN Politics, Oct. 22, 2019).

Imagine the reaction of a teenager or a 25 year-old-adult reading an Oct. 25 article in Vice News that states “25% of all white evangelical Protestants agree the government, media and financial worlds in the U.S. are controlled by a group of devil-worshipping pedophiles, a key QAnon conspiracy.”

Or vision a 13-25 year-old-person listening to a faith leader or politician support conspiracy theories, tout disinformation about critical race theory, gay marriage and transgender rights, and claim the Jan. 6 insurrection at the Capitol was proper.

If leaders of organized churches, synagogues, temples and mosques as well as political party leaders wonder why there is division, strife and disconnect from youth to the elderly, they need to look no further than what their respective group is preaching, teaching and embracing.

It’s time for both political parties, centers of faith and their respective believers to start healing America; it begins with them.

Have you done the “10 year challenge” yet on Facebook where you share two side-by-side pictures of you 10 years apart? Although I haven’t, I l…

Guebert: Recalling home made heat on a cold winter's day

From the start, however, the plan reeked of bad design and leaked buckets of money.

YORK: Falling faith in democracy is not a new phenomenon

BERNSTEIN: Protecting US democracy will take more than laws

Friends of U.S. democracy should be thinking hard about what they will do to fight for it.

Sayles: It is us who divides us

The week between Christmas and New Years is a usual respite from the fast-paced holidays. The regular coffee gang gathers at least once to bra…

It’s time to move on, to think positively and to provide a name that the school, the kids and the community can embrace with pride.

The Ethical Life podcast: Should Joe Biden have named his new dog Brandon?

Episode 29: Richard Kyte and Scott Rada talk about the “Let’s Go Brandon” chant and what it says about us as a nation.

From the start, however, the plan reeked of bad design and leaked buckets of money.

CORBIN: Contemplating what's ahead in 2022

Reflecting on 2021’s highs and lows plus contemplating what’s ahead in 2022 is reality therapy; good for the soul. 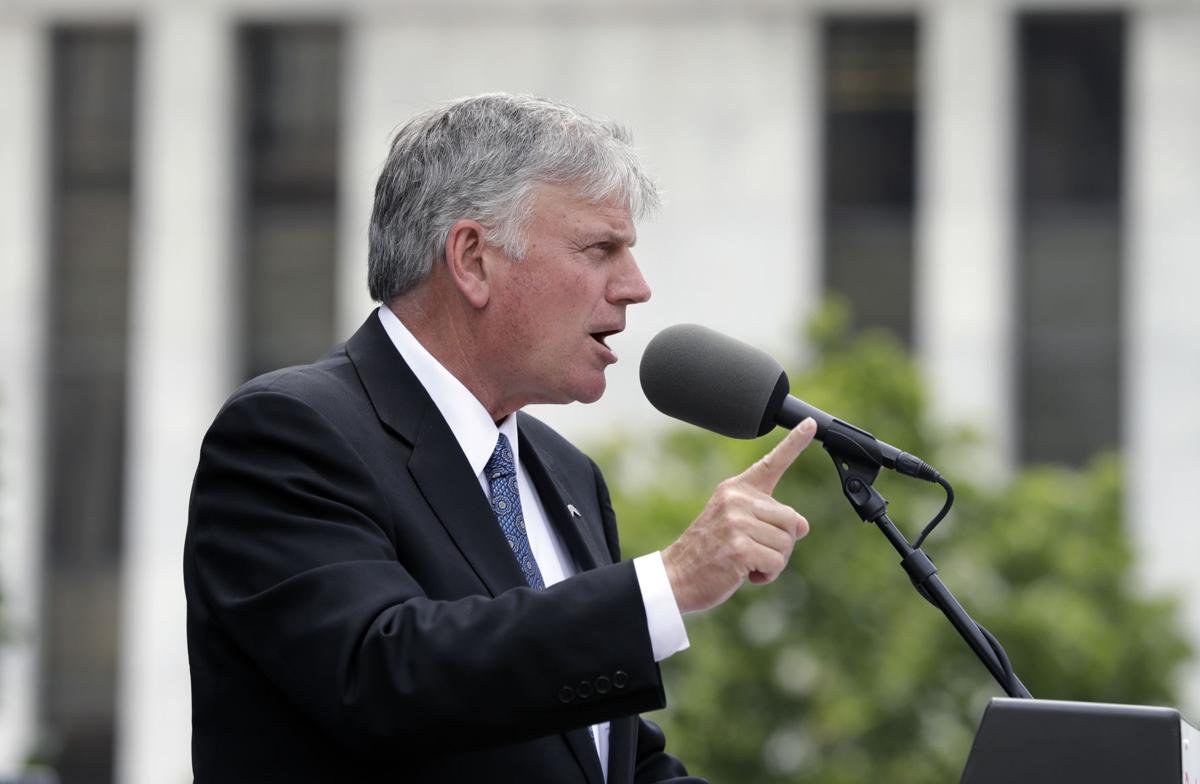 The Rev. Franklin Graham speaks during an election prayer rally outside the state Capitol, Thursday, Aug. 25, 2016, in Albany, N.Y. 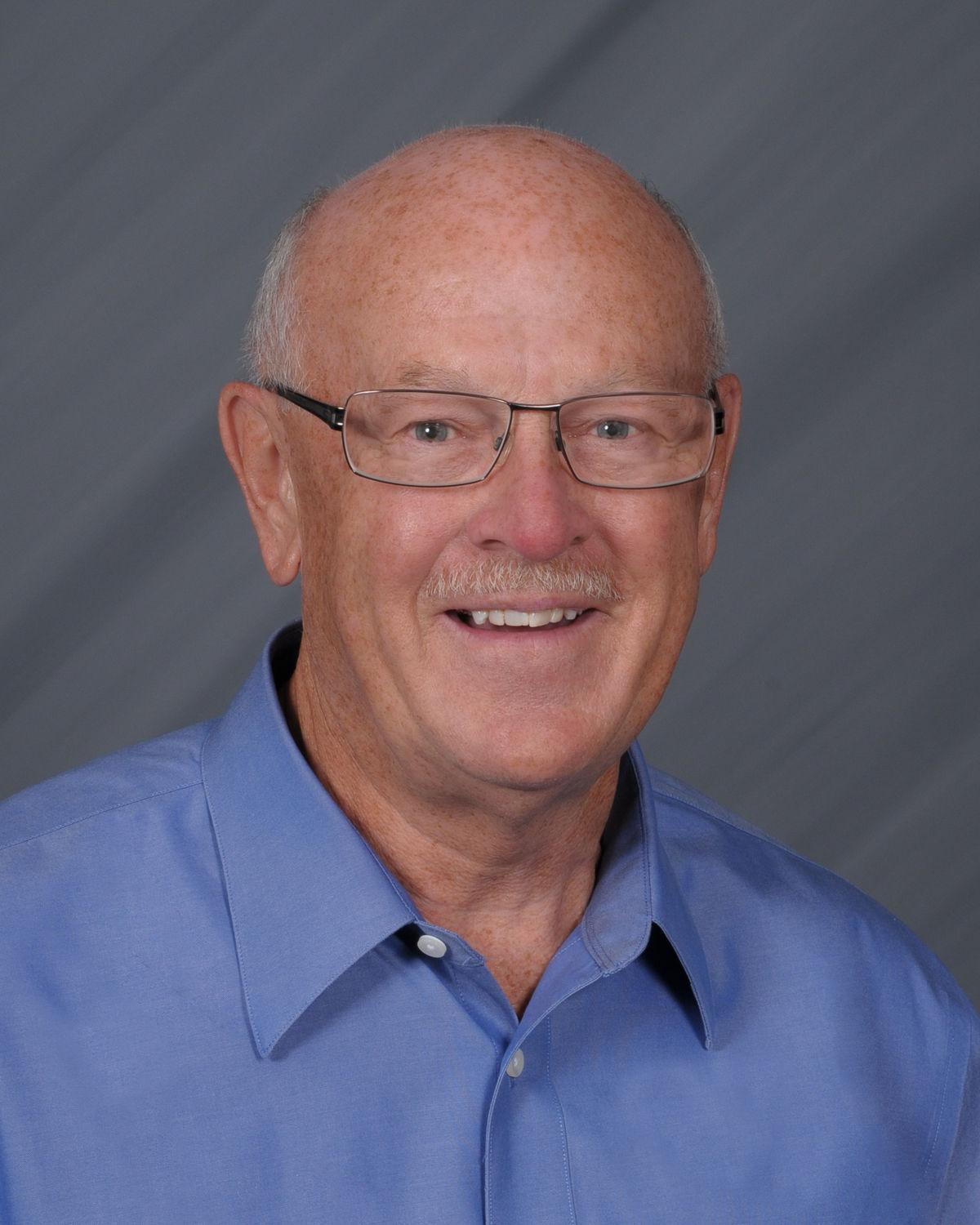