After an all-night rescue operation in freezing temperatures involving more than 700 personnel, rescuers were able to confirm that 151 people were safe, out of a total of 172 participants. Twenty-one had died, according to the official Xinhua News Agency, which said the runners suffered from physical discomfort and the sudden drop in temperature.

The runners were racing on an extremely narrow mountain path at an altitude reaching 2,000-3,000 meters (6,500-9,800 feet). The 100-kilometer (60-mile) race was held Saturday in the Yellow River Stone Forest tourist site in Baiyin city in Gansu province.

Participants were not rookies. One of the deceased was a well-known runner Liang Jing, who had won a 100-kilometer (62-mile) race in Ningbo, reported the Paper, a state-backed newspaper based in Shanghai.

A woman who worked for the race organizer, Gansu Shengjing Sports Culture Development Co., said there were no predictions of extreme weather for the day of the race, according to Beijing News, a paper owned by the Beijing city government.

However, Baiyin city's local branch of the National Early Warning Information Center had warned for the past three days of hail and strong winds.

The race also followed a relatively established course, having been held four times, according to an account posted online by a participant in the race who quit and managed to make his way to safety.

But the weather caught them off guard, and on the morning of the race Saturday, he already sensed things were not normal. The runners were not dressed for winter-like conditions, many wearing short-sleeved tops.

"I ran 2 kilometers before the starting gun fired to warm up ... but the troublesome thing was, after running these 2 kilometers, my body still had not heated up," the competitor said in a first-person account that has been viewed more than 100,000 times on his WeChat account "Wandering about the South."

He later told the Paper that the forecast the day prior to the race did not predict the extreme weather they encountered.

When he finally decided to turn back, he already felt dazed. He said he was able to make it to safety and met a rescue crew. He did not respond to a request for comment left on his social media account.

Some runners farther along the course had fallen off the trail into deep mountain crevices, according to a reporter for state broadcaster CCTV. It was not clear how many of them survived.

Online, some wondered what, if any preparations organizers had made in the event of an emergency. The race organizer did not immediately respond to calls seeking comment Sunday.

Baiyin city Mayor Zhang Xuchen held a news conference later Sunday and profoundly apologized as the organizer of the event. The government promised a full investigation.

"We express deep condolences and sympathy to the families of the victims and the injured," the mayor said.

Dentist presents fake arm for vaccine to get pass in Italy

A dentist in Italy faces possible criminal charges after trying to receive a coronavirus vaccine in a fake arm made of silicone.

WHO says measures used against delta should work for omicron

MANILA, Philippines (AP) — Measures used to counter the delta variant should remain the foundation for fighting the coronavirus pandemic, even in the face of the new omicron version of the virus, World Health Organization officials said Friday, while acknowledging that the travel restrictions imposed by some countries may buy time.

Watch Now: Heart-warming moment seal gets up close and personal to cuddle with surfer

This heart-warming footage shows the moment a seal gets up close and personal for a cuddle with a surfer in the UK.

GAUHATI, India (AP) — Angry villagers burned army vehicles in protest after more than a dozen people were killed by soldiers who mistakenly believed some of them were militants in India’s remote northeast region along the border with Myanmar, officials said Sunday.

Sea turtles have taken over a Pakistan beach in large numbers, reclaiming the once-polluted, now serene beaches to lay their eggs during the main September through November breeding season.

Against all odds, disabled teen gymnast in Bosnia excels

VISOKO, Bosnia-Herzegovina (AP) — Sara Becarevic was born without a lower left arm in Bosnia, a poor Balkan country notorious for the large-scale social and economic exclusion of people with disabilities. Still, it never occurred to her that that could stop her from pursuing her dream of becoming an internationally recognized rhythmic gymnast.

Laos opens railway to China as debt to Beijing rises

BEIJING (AP) — After a blessing by Buddhist monks, Lao Prime Minister Phankham Viphavanh on Friday rode the first run of a $5.9 billion Chinese-built railway that links isolated, mountainous Laos with southern China in an effort to increase trade.

The Taliban decreed they were banning forced marriage of women in Afghanistan. It was announced by the reclusive Taliban chief.

VILLEPINTE, France (AP) — Anti-racism activists were beaten up Sunday as far-right former French TV pundit Eric Zemmour held his first presidential campaign rally near Paris, a few days after he formally declared his candidacy in a video that highlighted his anti-migrant and anti-Islam views.

BELGRADE, Serbia (AP) — They practiced in secret and struggled to get to an international tournament in Europe. Now, members of the Afghan national boxing team are seeking refuge in the West, hoping to continue both their careers and their lives without danger or fear. 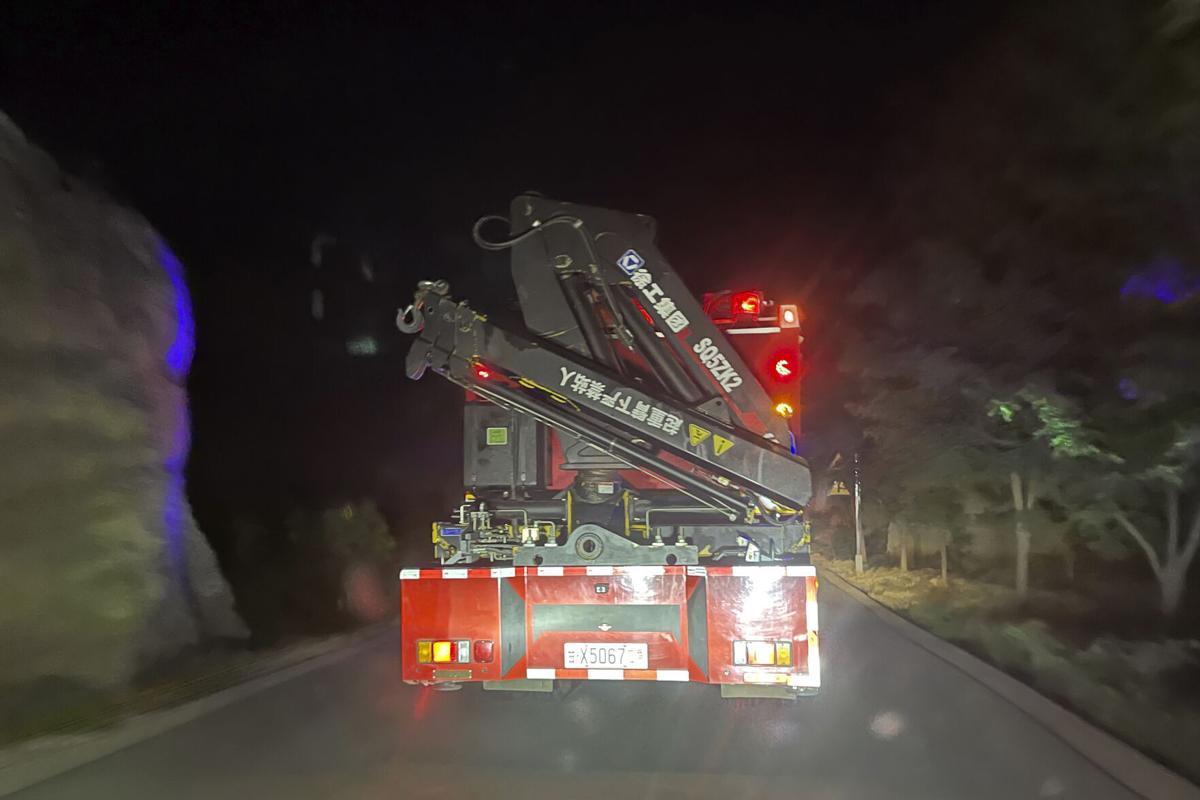 In this photo released by China's Xinhua News Agency, an emergency vehicle drives toward the Yellow River Stone Forest tourist site in Baiyin in northwestern China's Gansu Province, Sunday, May 23, 2021. Rescuers in China say a number of people have died and others are missing in extreme weather during a mountain marathon cross-country race in the country's northwest. (Guo Gang/Xinhua via AP) 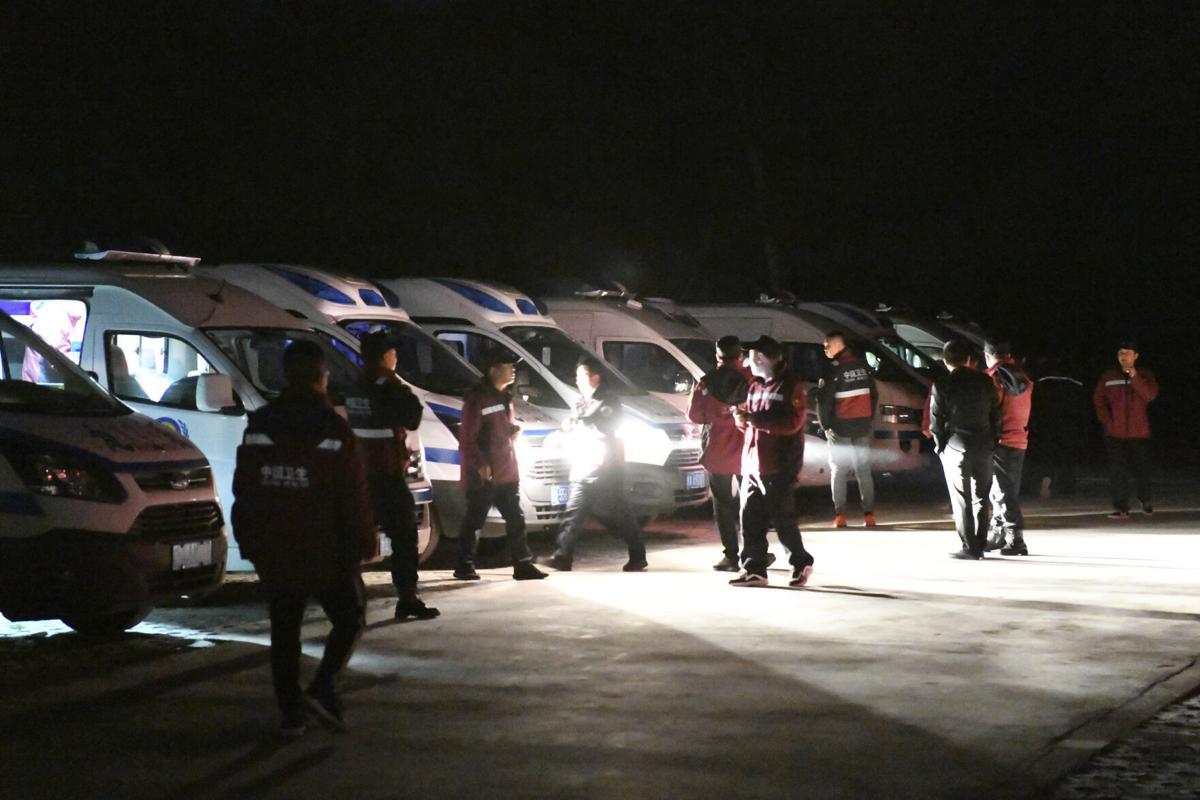 In this photo released by China's Xinhua News Agency, emergency personnel and vehicles wait on standby at the Yellow River Stone Forest tourist site in Baiyin in northwestern China's Gansu Province, Sunday, May 23, 2021. Rescuers in China say a number of people have died and others are missing in extreme weather during a mountain marathon cross-country race in the country's northwest. (Fan Peishen/Xinhua via AP) 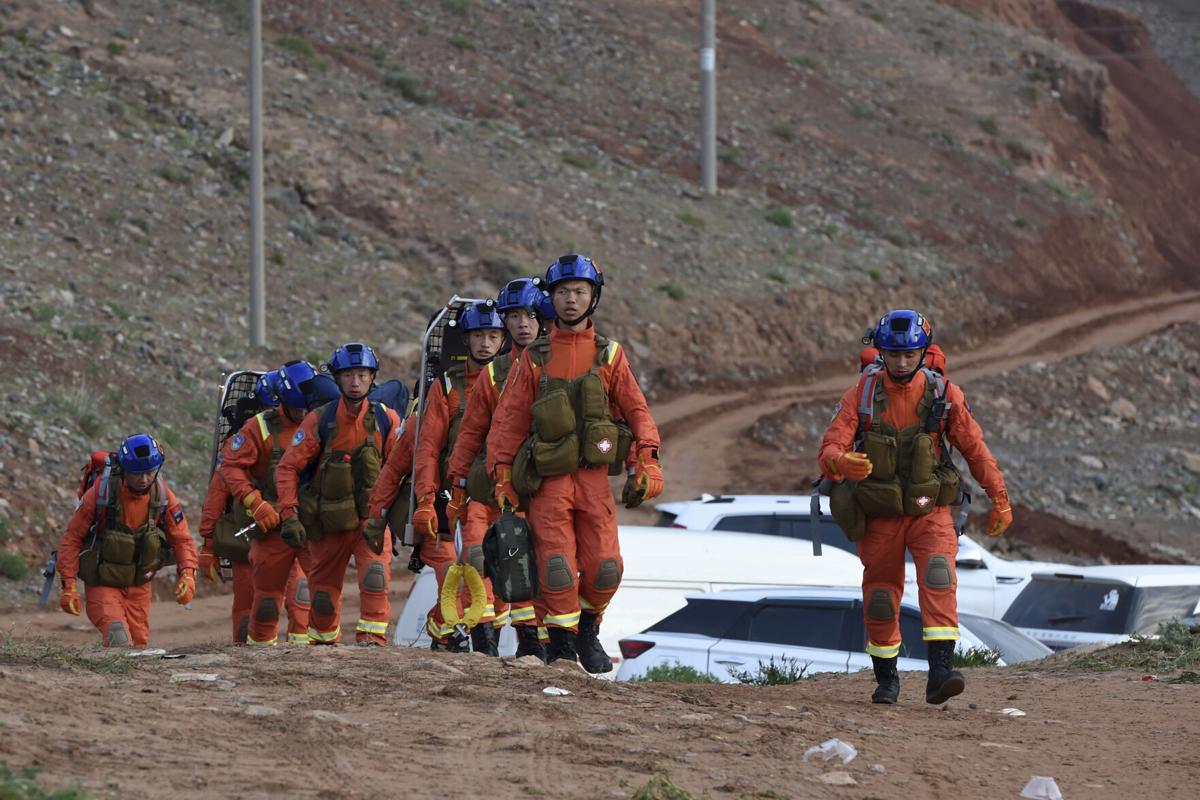 In this photo provided by China's Xinhua News Agency, rescuers walk into the accident site to search for survivors in Jingtai County of Baiyin City, northwest China's Gansu Province, Sunday, May 23, 2021. More than a dozen of people running a mountain marathon have died in northwestern China after hail, freezing rain and gale-force winds hit the high-altitude race, state media reported Sunday. (Fan Peishen/Xinhua via AP)