WIND POINT, Wisconsin — How did residents respond when their neighborhood association requested that their rainbow pride flag be taken down? They lit up the neighborhood with pride.

Last week, homeowners Memo Fachino, 35, and Lance Mier, 36, gathered floodlights from their basement and online to unveil a rainbow light show in their front yard.

“We thought it was a funny way to still show what we wanted to express and represent,” said Fachino.

Soon, this display reached a viral audience overnight after Fachino posted it on the r/MaliciousCompliance Reddit forum, leading to features in numerous newspapers, on TV news programs and websites.

Fachino received an overwhelming number of responses, with many commenters airing their own frustrations with homeowner associations.

“A lot of people are too enamored with HOAs in general and get some satisfaction from sticking it to the HOA,” he said. “But that wasn’t our goal at all.”

Fachino serves as a co-director board member of his HOA, the Wind Meadows Corporation. He said that this one situation isn’t representative of his experience in the neighborhood.

“I don’t have a vendetta against my neighbors, my HOA or co-directors on the board,” he said.

Debie Truckey, vice president of the Wind Meadow Corporation’s board, declined to comment on the situation. Other board members did not respond to multiple requests for comment.

The rainbow pride flag started being used in the 1970s. According to Encyclopedia Britannica: "It goes back to 1978, when the artist Gilbert Baker, an openly gay man and a drag queen, designed the first rainbow flag. Baker later revealed that he was urged by Harvey Milk, one of the first openly gay elected officials in the U.S., to create a symbol of pride for the gay community. Baker decided to make that symbol a flag because he saw flags as the most powerful symbol of pride. As he later said in an interview, 'Our job as gay people was to come out, to be visible, to live in the truth, as I say, to get out of the lie. A flag really fit that mission, because that’s a way of proclaiming your visibility or saying, "This is who I am!"' Baker saw the rainbow as a natural flag from the sky, so he adopted eight colors for the stripes, each color with its own meaning."

Fachino and Meir have been living in their Wind Point neighborhood for nearly five years and have a notable presence.

During the holiday season, the couple creates and displays elaborate homemade decorations right in their front yard to make their home feel welcoming to the community.

'This is Halloween' (copy)

Memo Fachino, left, and Lance Mier stand in front of their front yard in Wind Point in October 2019, where they have an elaborate Halloween di…

Since moving in, Fachino and Meir have often flown a pride flag on their front porch.

“We’ve always displayed our pride flag. But over the past year or two, political support has been more present everywhere, not only in our community,” Fachino said. “And that’s led to some discussions between other neighbors displaying opinion flags.”

For the past year, the Wind Meadows Corporations’ guides and regulations have been under review, with board members going through a list of updates and changes needing to be approved.

Fachino mentioned homeowners in the past have butted heads over political disagreements for having “opinion” flags like “Black Lives Matter” or “Thin Blue Line” flags displayed on their property. Due to these experiences, the HOA decided to restrict the presentation of having any flag displayed in the front of homes, with the exception of the U.S. flag.

Fachino mentioned that policies are subject to change at any time. However, board members struggle with creating language that draws the line between “appropriate” and “inappropriate” flag displays.

“(The board) were open to reviewing the policy if anyone could come up with wording that would make it possible,” said Fachino.

The update to the flag rule was enacted at the end of April. The next day, a neighbor reported Fachino and Meir’s pride flag for violating the rule.

Even with this on his mind, Fachino said: “I still knew that the rule wasn’t aimed at us or our pride flag, but a rule that would prevent any future altercations.”

Fachino and Mier were able to display their lights due to a loophole in the HOA’s new rules that said “removal of exterior lighting doesn’t require approval from the board.”

Since their creative project, Fachino says his neighborhood has been supportive of the situation and is appreciative to have the ability to showcase pride.

“We hope,” Fachino said, “that if any other person is struggling in other neighborhoods or families with acceptance, we want to show them there is acceptance beyond their immediate circle.”

"We hope that if any other person is struggling in other neighborhoods or families with acceptance, we want to show them there is acceptance beyond their immediate circle."

A man died Tuesday after getting stuck in a manure tank on Sievers Family Farm in Stockton, Iowa.

An Iowa man has been sentenced to 10 years in prison after being accused of pulling down his COVID-19 face mask outside a store and spitting on a fellow customer while yelling, “If I have it, you have it!”

Gov. Reynolds: Iowa will use pandemic funds for marketing campaign

Gov. Kim Reynolds said Wednesday she will use some pandemic relief funds on a marketing campaign to persuade people to move to Iowa, a state that has a job surplus and has lifted COVID-19 restrictions more quickly than other states.

WATERLOO — A Waterloo care worker has been arrested for allegedly abusing an autistic man under her care.

An Iowa man pictured prominently ahead of a crowd of insurgents inside the U.S. Capitol during the Jan. 6 attack says "he feels deceived, recognizing that he bought into a pack of lies."

After a 10-year ban on congressional earmarks, Iowa’s U.S. House members are seeking more than $51 million for projects ranging from expanding child care centers to replacing a fire station in rural north Iowa to modernizing Mississippi River locks and dams.

Ready to break free of the pandemic and travel again this summer? Watch video and read about 10 Midwest adventures from the Indiana Dunes to Iowa's Field of Dreams. 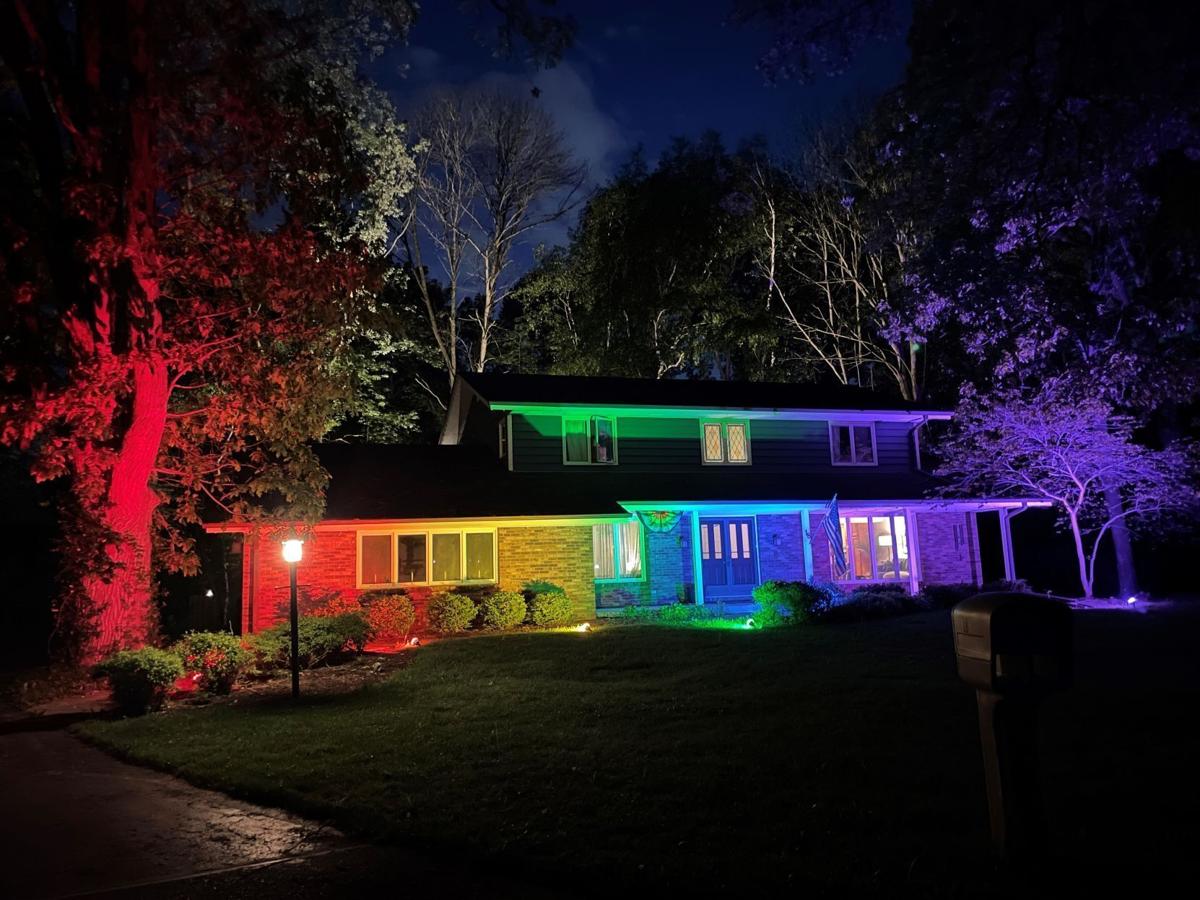 The rainbow floodlights illuminate the front yard of the Fachino-Meir household a month after their HOA told them to take their gay pride flag down. 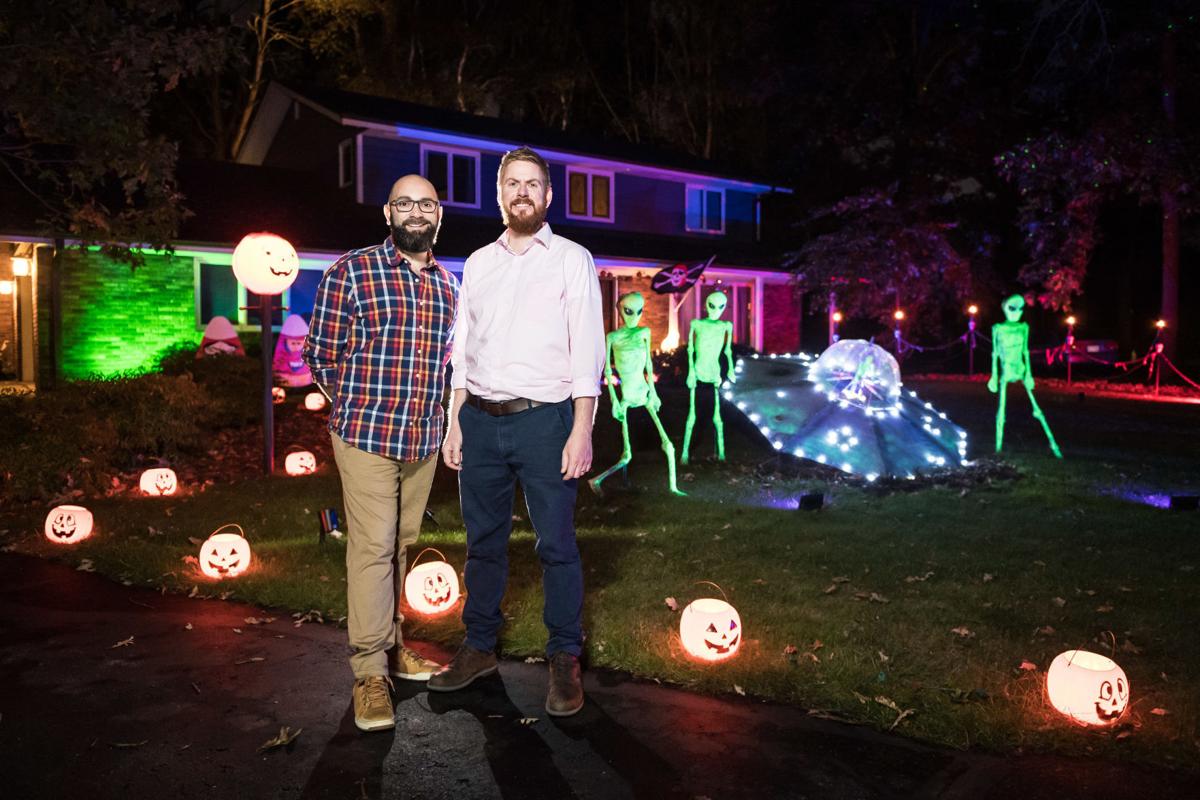 Memo Fachino, left, and Lance Mier stand in front of their front yard in Wind Point in October 2019, where they have an elaborate Halloween display. The two say the display gets larger each year.