DES MOINES -- Widespread rainfall across the state resulted in 5.8 days suitable for fieldwork during the week ending Sunday, according to the USDA, National Agricultural Statistics Service. Row crop harvest has begun, and other fieldwork included chopping silage, cutting hay, and seeding cover crops. Producers were also preparing equipment and bins for harvest.

“Despite widespread rainfall over the weekend, we anticipate unseasonably warm and dry weather will continue through the end of September, setting up ideal conditions as harvest activities ramp up,” said Iowa Secretary of Agriculture Mike Naig. “As we recognize National Farm Safety and Health Week this week, I want to encourage Iowans to keep safety on the roads and in the fields top of mind this harvest season.”

Ninety-four percent of the state’s third cutting of alfalfa hay was complete. Pasture condition rose slightly to 34% good to excellent. Some producers have livestock on dry lots due to lack of water in pastures.

Unseasonably warm temperatures held on through the last full week of summer with positive departures approaching six degrees in northwestern Iowa; the statewide average temperature was 67.6 degrees, 4.2 degrees above normal. Widespread and beneficial rains fell over southern Iowa with some severe thunderstorms producing pockets of large hail and high winds.

Photos from the 49th Register's Annual Great Bicycle Ride Across Iowa as it rolls through Mason City on Wednesday for an overnight stop. 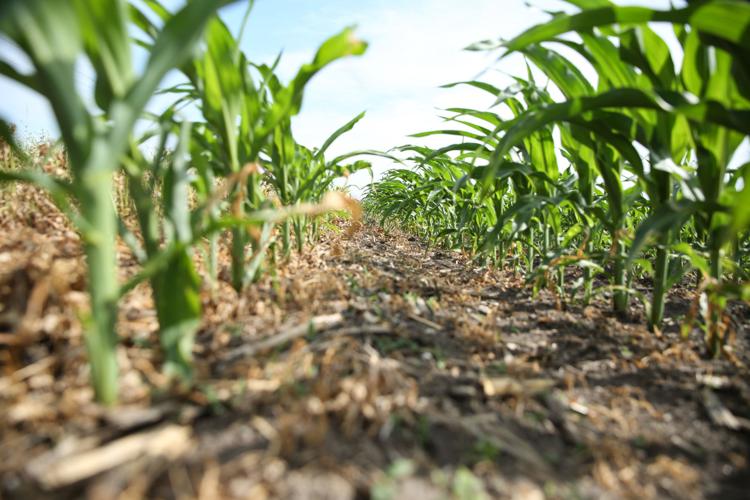 A corn field on South Pierce Avenue in Mason City can be seen with yellowing leaves and dusty topsoil during a spell of low rainfall in June. 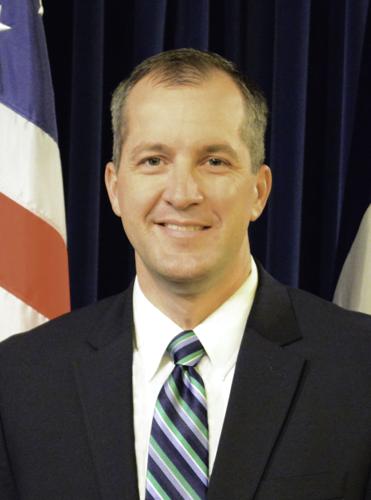