CEDAR RAPIDS — For six months, Kristi Casteel’s son slept 100 yards from an open-air burn pit in Iraq that incinerated everything from plastics and paint to electronics.

The Cedar Rapids native had no idea the smoke from the pit may also have been destroying his lungs.

Joshua Casteel died in 2012 at age 32 of lung cancer his family believes was caused by toxins from the burn pit at Iraq's Abu Ghraib prison, where Casteel served as an interrogator from 2004 to 2005.

The military routinely used open burn pits set ablaze with jet fuel to dispose of tires, batteries, medical waste and other materials during military operations in Iraq and Afghanistan. Such fires are illegal in the United States.

“I think it should have been passed 10 to 15 years ago,” Casteel said of federal legislation providing health care for military veterans impacted by burn pits.

The Honoring Our PACT Act was set to pass Congress last week, but some Senate Republicans — including Iowa U.S. Sen. Joni Ernst, a combat veteran — changed their vote over an added provision.

The measure first passed the Senate in June, 84-14, and by a 342-88 vote in the House. But technical corrections sent the measure back to the Senate for another procedural vote Wednesday.

Twenty-five Republicans who supported the previous version of the bill, including Ernst, did not support a vote to advance the bill.

Fellow Iowa Republican U.S. Sen. Chuck Grassley voted in favor of advancing the bill and also had voted to pass the bill in June.

“I think what happened is unconscionable,” Casteel said of Senate Republicans blocking passage of the bill.

The PACT Act would expand U.S. Department of Veterans Affairs benefits to veterans who served in the post Sept. 11, 2001, era and were exposed to toxic burn pits during their military service.

It also would add 23 illnesses to the VA’s list of toxic-exposure-related ailments presumed to be connected to military service, ending the need for veterans with those conditions to prove to the VA their illnesses were linked to their deployments. And it would expand care for veterans who were exposed to Agent Orange during the Vietnam War.

The text of the legislation, however, indicates the allocated money has to be spent only on health care for veterans.

“The bill is 100 percent dedicated to health care and benefits for toxic-exposed veterans. Any inferences or accusations to the contrary are untrue,” the Veterans of Foreign Wars posted on Twitter. “These senators supported or voted ‘yes’ on final passage of the PACT Act in June, but flipped their support on the recent vote. They pulled the rug out from under veterans who are sick and dying from toxic exposure.”

Veterans advocacy organizations, including the VFW, contend the only part of the bill that changed was the necessary technical removal of a single sentence; that no additional sections were added; and that the funding structure of the bill — which Ernst and other GOP senators supported in June — has not changed.

Ernst, though, blamed Democrats for not allowing the chance to offer amendments “to strengthen” the bill.

“I strongly support the PACT Act which will provide critical, life-saving care to thousands of heroes suffering from toxic exposure,” Ernst said in a statement. “Now, due to more Democrat mismanagement, it is back before the Senate. At least this time we have an opportunity to strengthen this vitally important bill without sacrificing a single dollar of care for our veterans. I agree with the VFW that the Senate should not go on August recess without this opportunity.”

Pennsylvania Republican U.S. Sen. Pat Toomey has pushed for an amendment to fix what he called a “budget gimmick.” The amendment, which Ernst supports, would keep the $400 billion in spending in the discretionary budget and keep the Toxic Exposure Fund in place only for new funding resulting from the bill. Senate Republicans claim doing so will save Americans significant costs in the long run without sacrificing a dollar for veterans.

Veterans Affairs Secretary Denis McDonough told the CNN’s Jake Tapper on Sunday that proposed GOP amendments to the legislation would lead to rationing of care for vets.

'We want to see this thing passed’

Kristi Casteel said an oncologist told her that her son died of lung cancer without having any of the conventional risk factors such as smoking, asbestos exposure or radiation.

“The type of cancer was extremely rare for a healthy young man to have … and the VA doctor in Iowa City said he was the only young male he had ever seen have this type of cancer,” Casteel said.

" (A)t least he did get some (compensation), and we were appreciate of that, but not everyone had the advocate that we did,“ Casteel said of a VA employee.

“It’s always surprising to me when a combat veteran for any reason does not stand up for veterans’ rights,” Casteel said of Ernst. “ … It’s discouraging to me and I don’t understand it. It feels unconscionable to me.”

John Derner, department adjutant of the American Legion of Iowa, joined other veterans’ advocacy groups in criticizing Ernst and Senate Republicans for blocking passage of "groundbreaking legislation“ aimed at expanding care for veterans exposed to hazardous chemicals during their military service.

“We want to see this thing passed so those Iraq and Afghanistan veterans don’t have to wait as long as those Vietnam veterans to receive compensation for the chemical exposures and hazards they were exposed to during their military service,” Derner said. “ … This is a commitment we owe to our veterans. They couldn’t leave their post when exposed to these chemicals and we shouldn’t be leaving them behind when providing them compensation for injuries and illnesses as a result of that exposure."

Taco the turtle crawls around for a group of Waverly and Denver children. 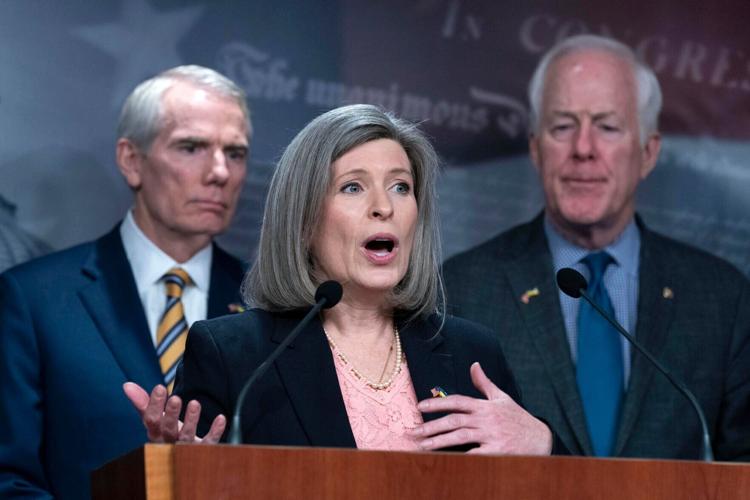 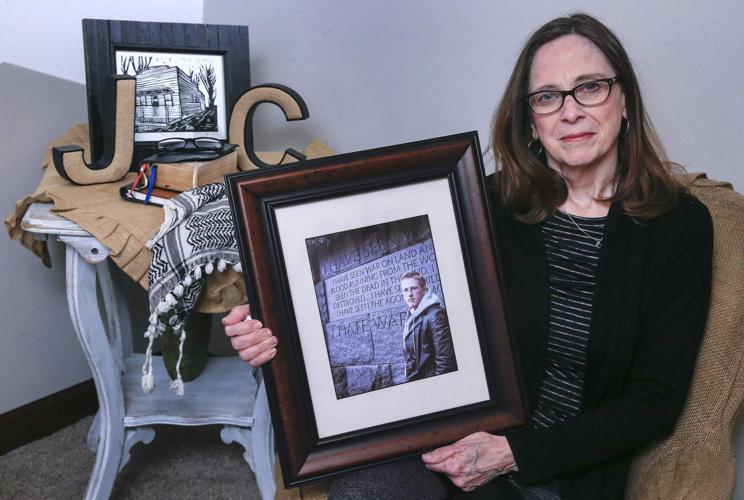 Kristi Casteel holds a photograph of her son, Joshua, as she sits in her office with some of his belongings in Cedar Rapids in February 2019.