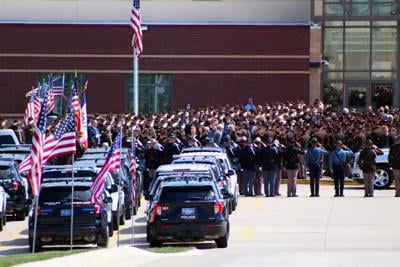 INDEPENDENCE -- At first, the large gymnasium with hundreds of chairs appeared mostly empty, as Iowa State Patrol Sgt. Jim Smith’s flag-draped casket was marched in by the patrol's honor guard.

Then, thousands of law enforcement personnel from across Iowa walked in, two by two, for more than half an hour. They saluted Smith’s casket and filled every single chair and nearly all of the Independence High School gym’s bleachers on Friday morning for Smith’s funeral.

Smith, 51, died of a single gunshot wound April 9 as he and other law enforcement attempted to make an arrest in Grundy Center. He was laid to rest Friday in Independence in front of many officers who knew him, as well as many who didn’t.

"For those of you who don't know Jim, I can still remember the first time I met Jim. After meeting him, I remember being a bit confused: He was 51, but he looked 35 and he acted like 5," said Paul Heppner, interim pastor for Jesup Bible Fellowship, where Smith and his family attended church. "I was also confused because he was this mixture of stern law officer and comedian."

Smith loved his family, including wife Kathy, son Zander and daughter Jazlyn, speakers at Smith's funeral said. He also loved his job as a state trooper, serving on the patrol's tactical team since 1994, and he loved music, playing drums -- by his own admission, not very well, joked former pastor Zane Hall -- at Sunday services.

"He thought his drumming ability was not that great, but it was good enough for Jesus and that's all that mattered," Hall said.

Speaker after speaker noted Smith was dedicated to his Christian faith above all.

"Jim prayed before every meal when we stopped for breaks. Every moment of him was centered on Christ," said trooper Jon Stickney. "Jim's legacy will leave a mark on all of us by the way he believed in humanity."

He was humble, patrol Col. Nathan Fulk said, and had to be talked into accepting a supervisory role on the tactical team -- a role he held for five years.

"He always wanted to be the No. 1 man in the door," said Fulk. "His struggle becoming a leader on the tactical team was that he would have to give up his No. 1 position. His priority was protecting his people."

"All of us in Post 10 are grieving today," Stickney added. "Jim was our friend, our supervisor and he was a mentor to many."

Matthew Perez, Smith's former pastor, remembered how he and Smith would joke about their wives' shopping trips to Kohl's, laughing about how the receipt showed how much money their wives had "saved" them.

But he also noted Smith was "the real deal," noting he was the type of person whose public-facing persona matched his private one. His one vice, said Fulk, was chocolate milk, which "was a treat" after a big accomplishment.

"There was so much that seems senseless," Perez said. "I know that one day God will wipe away every tear. But it does not, in this moment, make this event less tragic or less horrific."

Perez noted he found a parallel into Jesus Christ's untimely death and Smith's, and said both were in the service of others.

"We thank God for the time we had with Jim -- the laughs, the smiles, the memories and the love," Perez said.

A final 10-42 -- police code for "end of watch" -- was played before Smith's casket was taken out, with a dispatcher repeatedly calling Smith's call number, 462.

"There is no answer from 462," the dispatcher said, his voice breaking. "Your brothers and sisters in law enforcement will forever watch over your family. May you rest in eternal peace."

A Monday morning accident outside Mason City resulted in injury.

Reynolds: 'No reason for us to continue to fear' virus

As the state closes in on 6,000 COVID-19-related deaths — but with nearly 1.17 million Iowans fully vaccinated — Gov. Kim Reynolds said Wednesday that it’s time to “live our lives more fully again.”

"I believe that Gov. Reynolds did the right thing," Grassley told Iowa reporters on a weekly conference call. "And maybe some small business people would say she's four or five states late."

A progressive advocacy group is demanding answers about the role of a Washington-based political action group that is taking credit for writing the changes to Iowa’s election law earlier this year.

Some praised the $100 million in property tax relief by having the state assume the cost of delivering mental health services to Iowa’s regionalized system. But others warned that could leave the system underfunded when state revenues fall.

Iowa Senate Republicans plan to begin work Monday on an sweeping compromise worked out with Gov. Kim Reynolds that they are calling “the pathway to adjournment” for the overtime 2021 session.

Legislation to bar transgender students from competing in sports with other students of the same gender with which they identify is under consideration by House Republicans, Speaker Pat Grassley, R-New Hartford, said Friday.

Iowa Democrats see little progress as Republicans negotiate among themselves

Legislative Democrats may be frozen out of end-of-session negotiations between the House, Senate and Gov. Kim Reynolds, but they’re offering advice on how to make Republicans’ plans better for Iowans.

The Iowa Department of Corrections is seeking a vendor to review all parts of its prison system, from staffing and inmate classification to the safety of buildings where more than 8,000 criminal offenders are housed. 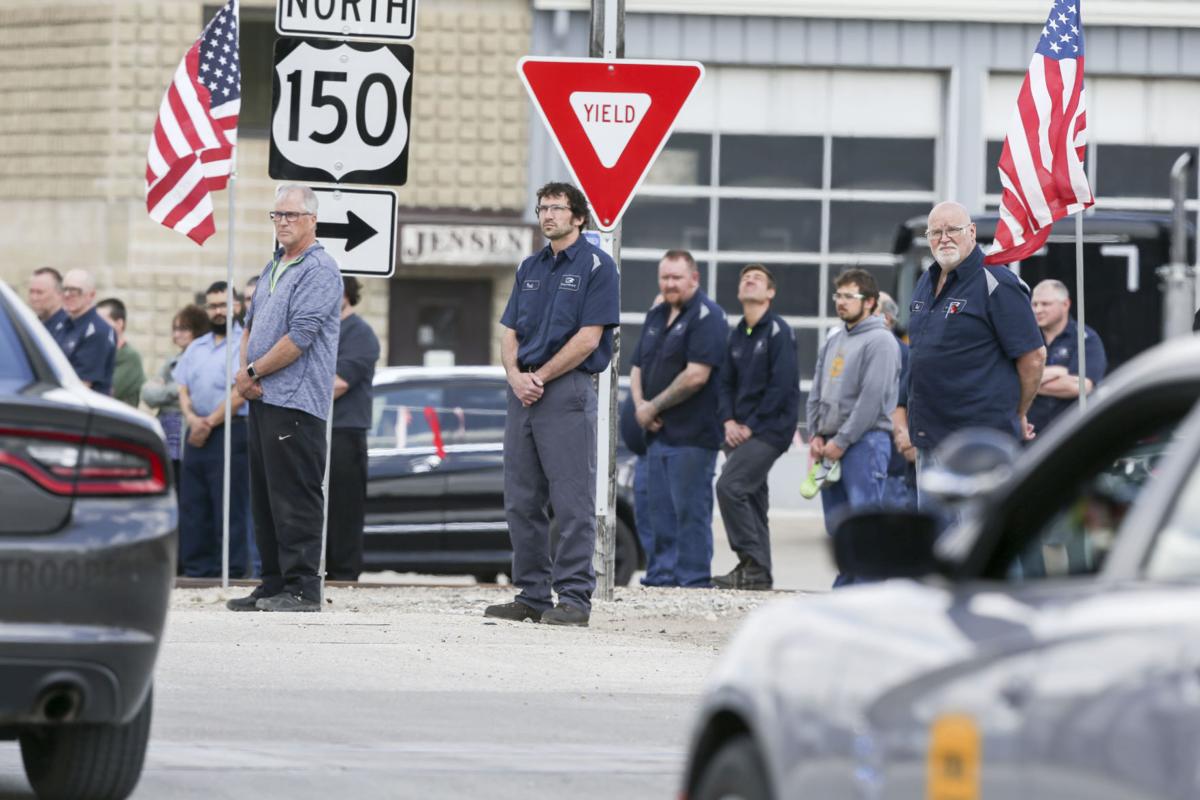 People gather along the street as the funeral procession of Iowa State Patrol Sgt. Jim Smith passes through Independence on Friday, April 16, 2021. Smith, a 27-year veteran of the Iowa State Patrol, was killed last Friday in the line of duty. (Rebecca F. Miller/The Gazette) 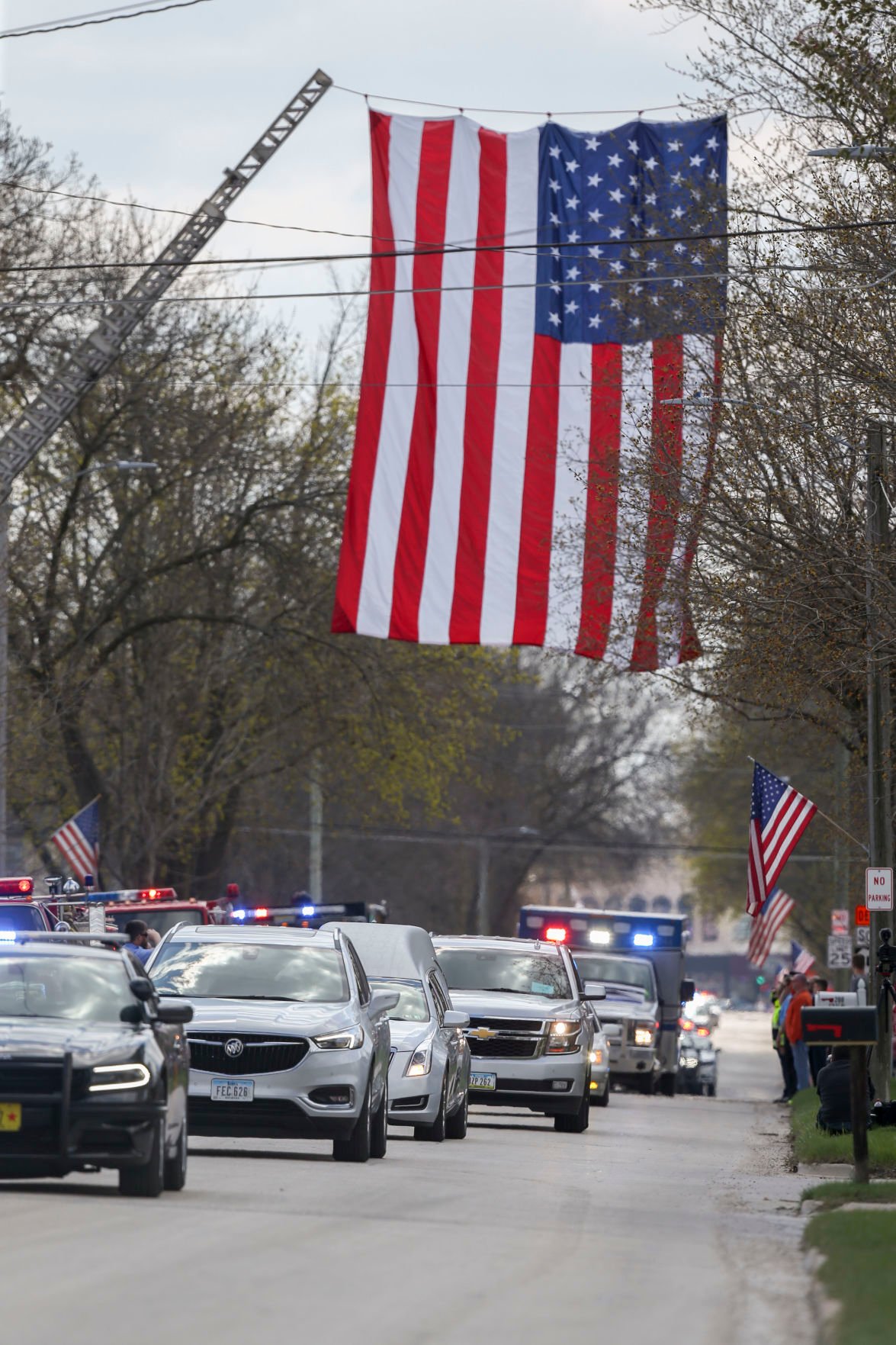 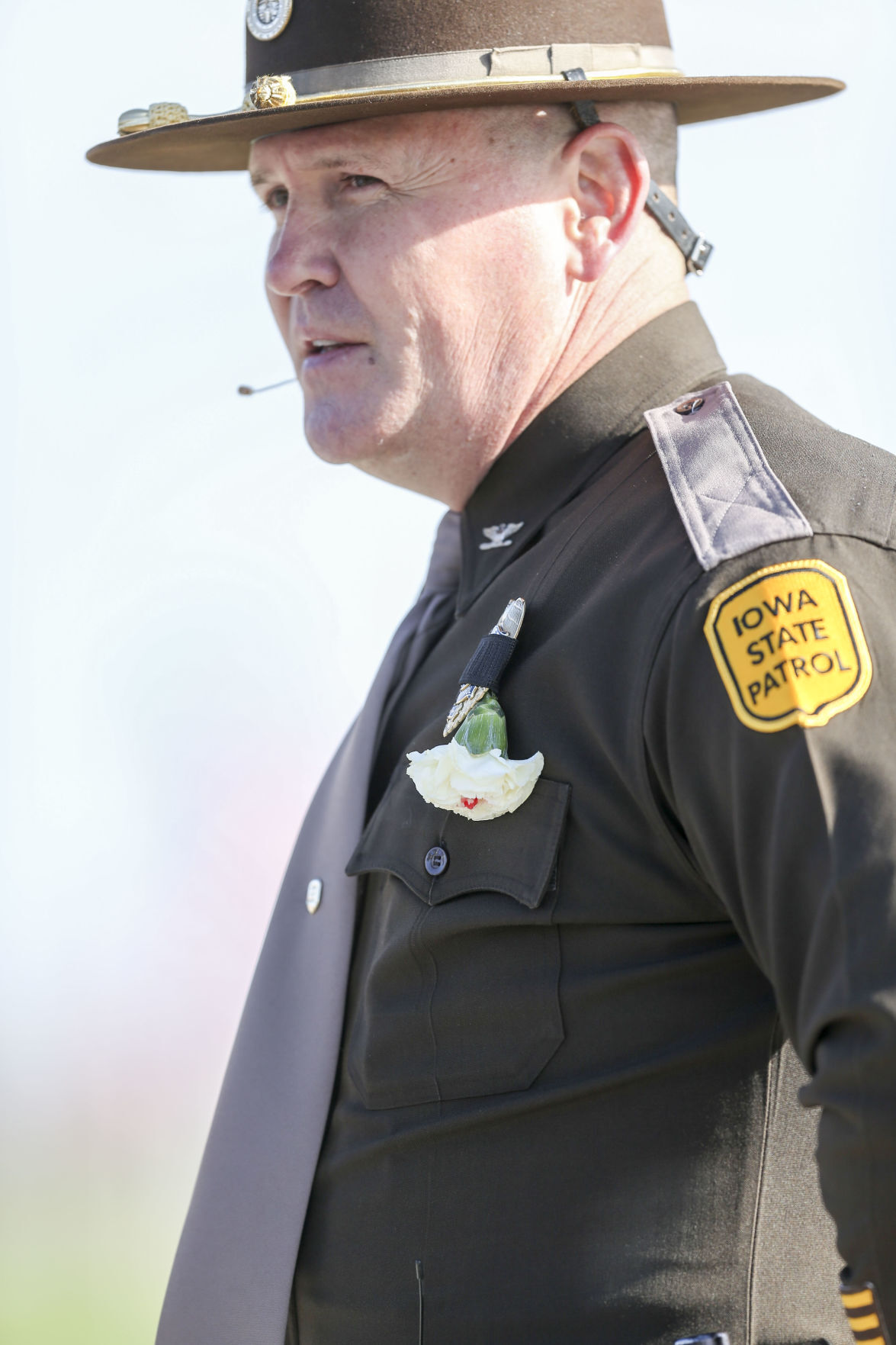 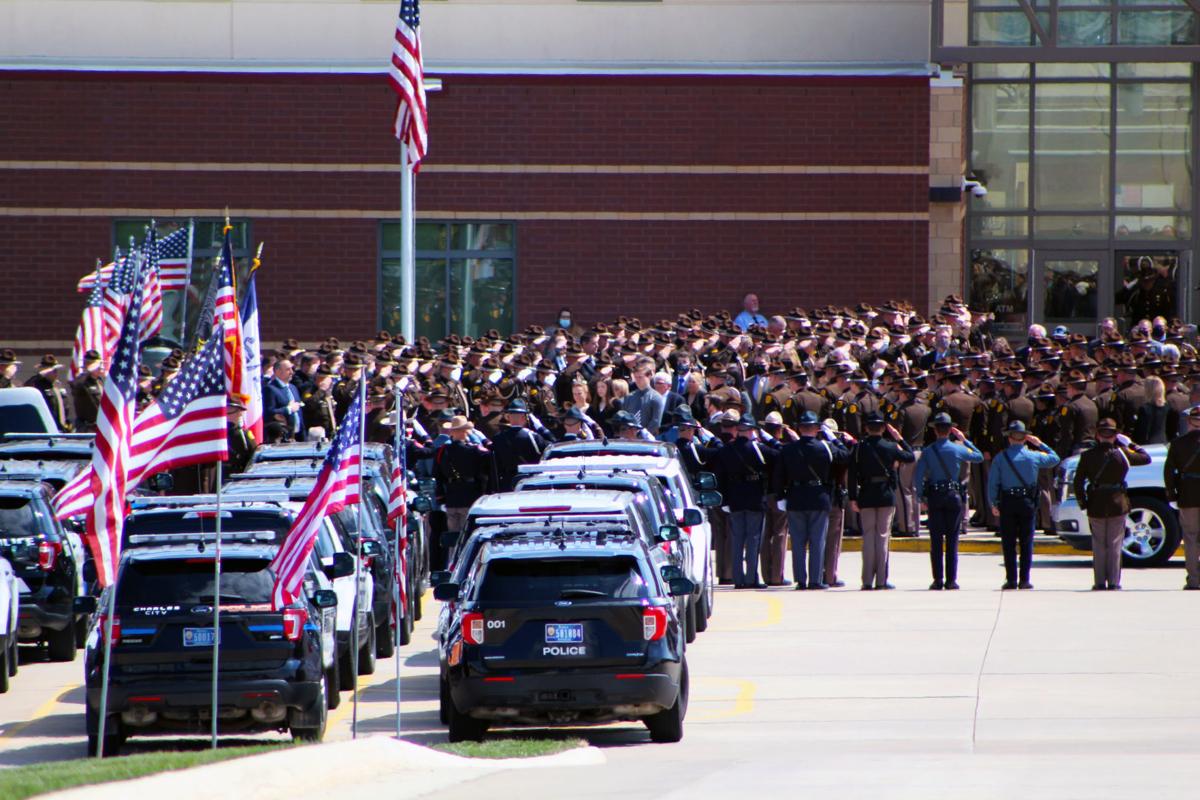