A first-of-its-kind study of rural Iowa creeks and rivers found traces of synthetic chemicals that are toxic and persist in the environment indefinitely at sites across the state.

“They’re all over the place,” said Dana Kolpin, a research hydrologist for the U.S. Geological Survey who led the study, the results of which published this month.

The study found evidence of perfluoroalkyl and polyfluoroalkyl substances — also known as PFAS or “forever chemicals” — in nearly a third of the 60 streams that USGS field staff sampled in 2019 and 2020.

It was the first-known statewide attempt to determine the prevalence of the chemicals in largely rural areas where the likelihood of contamination was difficult to predict. Previous sampling that found environmental contamination was focused on Iowa National Guard bases and airports in Cedar Rapids, Des Moines and Sioux City. Those sites have a higher risk for contamination because federal regulations require airports to use firefighting foam that contains PFAS. Some deicing fluids also contain the chemicals.

“These compounds are definitely out there,” Kolpin said. “Thirty-two percent of streams. That’s good news that we didn’t find them in every stream, but this is just a starting point.”

Further research is needed to determine the likely sources of the contamination in rural Iowa. Kolpin predicts that livestock waste and biosolids — which are solid wastes from municipal waste water treatment plants that are used as fertilizer — could leech PFAS when it rains. Sampling of streams will need to be done shortly after storms to help determine whether that prediction is right.

Notably, the highest individual PFAS stream concentration of the study was found in an agricultural stream. That concentration was nearly double the current federal guideline for drinking water.

Sampling stream bed sediment and minnows that live in the waterways is also key to understanding the scope of contamination because the chemicals tend to accumulate on substances and inside organisms over time. Their chemical bonds are so strong that scientists have been unable to estimate how long it takes for them to break down in the environment.

The sites that contained the chemicals often had tiny amounts of them, in concentrations less than 10 parts per trillion.

Insects such as mayflies and mosquitoes are born in water but live in the air as adults, where they might be eaten by spiders or birds, potentially passing along the chemicals, too. That increases the risk that the chemicals eventually make their way into food for humans.

More directly: “What if people are eating fish from these streams that are contaminated?” said David Cwiertny, director of the Center for Health Effects of Environment Contamination at the University of Iowa, which aided the study. “There’s still a lot we’re learning. I’m always on the more proactive and precautionary side. I don’t think we should look at what we don’t know and say everything is OK.”

More than 95% of U.S. residents have detectable amounts of the chemicals in their bodies, according to studies. PFAS have been linked to cancers and other health problems.

The study found streams that were fed by discharges from wastewater treatment plants were more likely to contain PFAS, which mirrors the findings of previous studies in other states. Wastewater from homes can be contaminated by many common items that might contain the chemicals, including: Nonstick cookware, fast-food wrappers, microwave popcorn bags, pizza boxes, candy wrappers, stain-resistant fabrics, cleaning products, shampoo and more.

“We used them for far too long before we identified their persistence in the environment and their perniciousness on our health,” Cwiertny said.

A Des Moines-based church that uses a hallucinogenic drug in religious ceremonies is challenging the Internal Revenue Service’s decision to deny it tax-exempt status.

Hong Kong to euthanize at least 2,000 animals after 11 test positive for COVID-19 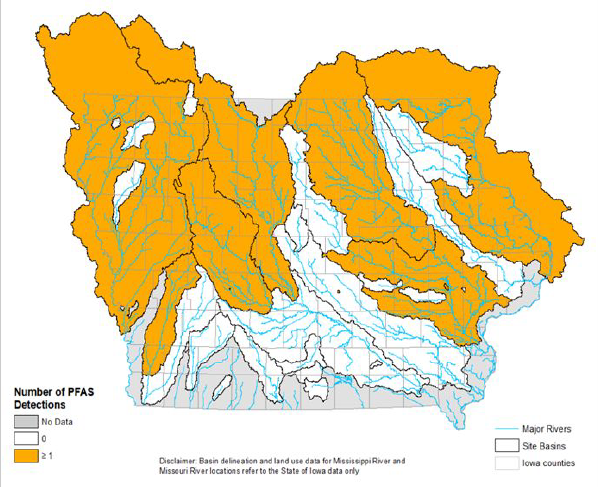 A recent study found toxic PFAS in small concentrations in streams across the state. 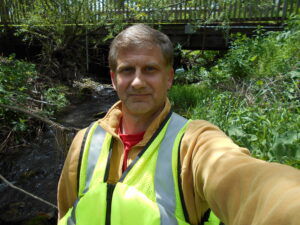 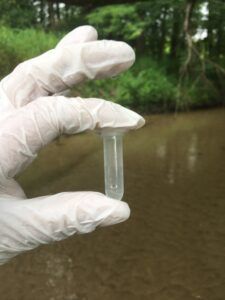