IOWA CITY — A “loophole in the law” that local authorities hope to close has prevented the Johnson County Attorney’s Office from pressing serious charges against the man identified as shooting a projectile into the head of a passing Marine and badly injuring him.

Iowa City police say that on Oct. 17, Philip Olson, 69, was shooting at a squirrel in his yard with an air rifle but missed and instead hit Lance Cpl. Gabe Heefner, 20, as he was driving by on Hwy. 6 near Sycamore Street. The Marine, who crashed after being shot, was severely injured. Last week he was transferred from the University of Iowa Hospitals and Clinics to a clinic in Chicago.

Olson faces fines for violating city code and Iowa Department of Natural Resources regulations after he voluntarily came forward to police shortly after the shooting. But authorities say they were blocked from charging him with a crime because air rifles are not considered dangerous firearms under Iowa law.

Olson declined to comment when reached by The Gazette.

Unlike firearms that use gunpowder, nonpowder guns such as BB and pellet guns use air pressure, carbon dioxide pressure or spring action to launch projectiles. There are no federal laws regulating the transfer, possession or use of nonpowder guns. More than half of states, including Iowa, do not regulate them, either.

The Marine’s family and Democratic Johnson County Attorney Janet Lyness say they favor legislation to classify these guns as firearms. At least two of Iowa’s Democratic senators are in the early stages of discussing the incident ahead of the legislative session.

“It does seem like there is a loophole in the law because it's something that's not defined as a firearm or … a dangerous weapon, (which) makes it hard to prosecute,” Lyness said. “ … People think of them as toys or BB guns, and they're not. They're lethal weapons, and they should be treated the same way as firearms.”

But rather than enact more gun restrictions, the Iowa Legislature has been heading in the opposite direction — earlier this year passing a “constitutional carry” measure making it optional to obtain a permit to buy or carry a handgun. And along party lines — where Democrats are outnumbered in both chambers — lawmakers gave final approval to putting a state constitutional amendment about gun rights before Iowa voters in 2022.

In addition, the odd nature of the incident may not fuel much desire to address with a new law what could be seen as a tragic fluke.

Sen. Julian Garrett, R-Indianola, said he read about the incident after being contacted by The Gazette. Garrett, vice chair of the standing judiciary committee, said he wasn’t sure if a legislative change was needed, given the rare circumstances, but added that he hadn’t had much time to think about it yet.

“My initial thought is this could happen anywhere. It happened in town, but it could have just as well been out in the country. I don’t know if this is something that needs more legislation,” Garrett said.

“If you’re recklessly shooting toward any place where there might be a person, whether a highway or a building or a house or anything, you’ve obviously got to take care that you’re not endangering somebody.” he added. “But no matter how careful you are, we all know things do happen.”

Garrett said some initial questions he has are whether something similar has happened in other states and how likely something like this is to happen again.

Regulation in other states

The District of Columbia and 23 states regulate nonpowder guns to some degree, according to the Giffords Law Center to Prevent Gun Violence. The center, which promotes gun control and helps draft legislation, lists four main categories for regulations.

According to the center, most states with such regulations have rules “prohibiting transfers to children or by prohibiting or limiting where the guns can be possessed or used,” such as schools. However, these restrictions typically don’t apply when there is parental consent or adult supervision.

Some states — including New Jersey and Rhode Island — define all nonpowder guns as firearms.

Some others, including Illinois and Michigan, treat high-power or high-caliber nonpowder guns as firearms. In its definition of a firearm, Illinois does not include nonpowder guns of .18-caliber or less, or nonpowder guns with a muzzle velocity of less than 700 feet per second.

Another group of states — including Connecticut, Delaware and North Dakota — have nonpowder guns in their definitions of dangerous weapons.

An air gun doesn’t fit the definition of a firearm in Iowa. If it did, Olson could have faced a charge of reckless use of a firearm — which is what Lyness would have wanted to charge him with. That is a felony if serious or bodily injury occurs.

“If you have an air rifle or other kinds of weapons like that that are basically firearms, than let's classify them as firearms and treat them like that because the concern I have is that they are going to be misused,” Lyness said.

Nile Heefner, Gabe’s father, said he would like to see air rifles and pellet guns classified as firearms “because they can injure and kill like firearms.”

“It’s the sensible thing to do,” Nile Heefner said. “Sadly, my son is an example of what a .22 air rifle can do to a person, tragically changing the rest of his life. Perhaps that would persuade air rifle owners to not shoot within city limits so that another innocent person is not critically wounded or even killed.”

An air rifle or similar gun is not specifically defined as a dangerous weapon in Iowa law.

A part of Iowa code that defines a dangerous weapon is “any instrument or device of any sort whatsoever which is actually used in such a manner as to indicate that the defendant intends to inflict death or serious injury upon the other, and which, when so used, is capable of inflicting death upon a human being, is a dangerous weapon.”

Lyness said there’s a chance she could have proved with expert testimony that an air rifle is a dangerous weapon, but wouldn’t have been able to prove Olson intended to inflict death or serious injury.

Kinney, a retired Johnson County lieutenant, said he wants to look at options before making any commitments about what he would support but said it’s something “we do need to look at.”

“It’s something I want to talk with other people in law enforcement and my colleagues across the aisle to see what they would be willing to look at,” said Kinney.

Bolkcom said he would be open to changes regulating air rifles. noting how these guns have become more powerful over the years.

“They're potentially lethal weapons at this point, and we need to begin to look at regulating them as lethal weapons,” Bolkcom said. “They've gotten more powerful. These are not the guns that we used to have 20, 30 years ago when we were kids.”

But it would be up to the Republican-controlled Legislature to decide if action needs to be taken, Bolkcom said.

The Heefners moved to Missouri eight years after Gabe was born in Iowa City. Gabe, the oldest of three children, was back in town visiting his grandparents when he was injured.

On Wednesday morning — the same day as the 246th birthday of the U.S. Marine Corps — he was transported from UIHC to the Shirley Ryan AbilityLab in Chicago, a nationally ranked physical medicine and rehabilitation research hospital.

The Iowa City Police Department escorted the ambulance. Gabe’s mother, Codi, drove behind them. Along the route, people lined up to show their support for the Marine.

In an update Thursday evening, Codi wrote that Gabe’s first day at the Shirley Ryan AbilityLab included three hours of therapy and evaluations to see where he is at and to develop a plan for him.

Izabela Zaluska is a reporter for The Gazette in Cedar Rapids.

Flat tax: What is it, what will it mean for Iowa

DES MOINES — In four years, every Iowan’s income would be taxed at 4% by the state under a new proposal from Gov. Kim Reynolds.

Although she raised 13 times more money than her leading opponent last year, Gov. Kim Reynolds plans to run like she’s 10 points behind.

DES MOINES — A four-year transition to a flat state income tax rate of 4 percent, shortening the time Iowans could claim jobless benefits and …

Iowa sports betting surpassed $2B in 2021

DES MOINES — As one industry analyst put it, “Iowa loves football and betting on football.”

DES MOINES --- Just as corn often finds a second life as automobile fuel, a proposed renewable fuel mandate in Iowa likely will get a second chance during the upcoming legislative session.

CEDAR RAPIDS — Warning that Iowans’ fundamental freedoms and rights are under attack by the Biden administration’s “radical socialist agenda,”…

Grizzlies in the Lower 48 walk a political tightrope

As the grizzly population has grown, so too has the political divide in the country and Montana. How will polarization shape the future of grizzlies, a species that can be both revered and divisive?

DES MOINES — When Iowa state lawmakers gathered for a special session last fall to approve new political boundaries for the next decade, they … 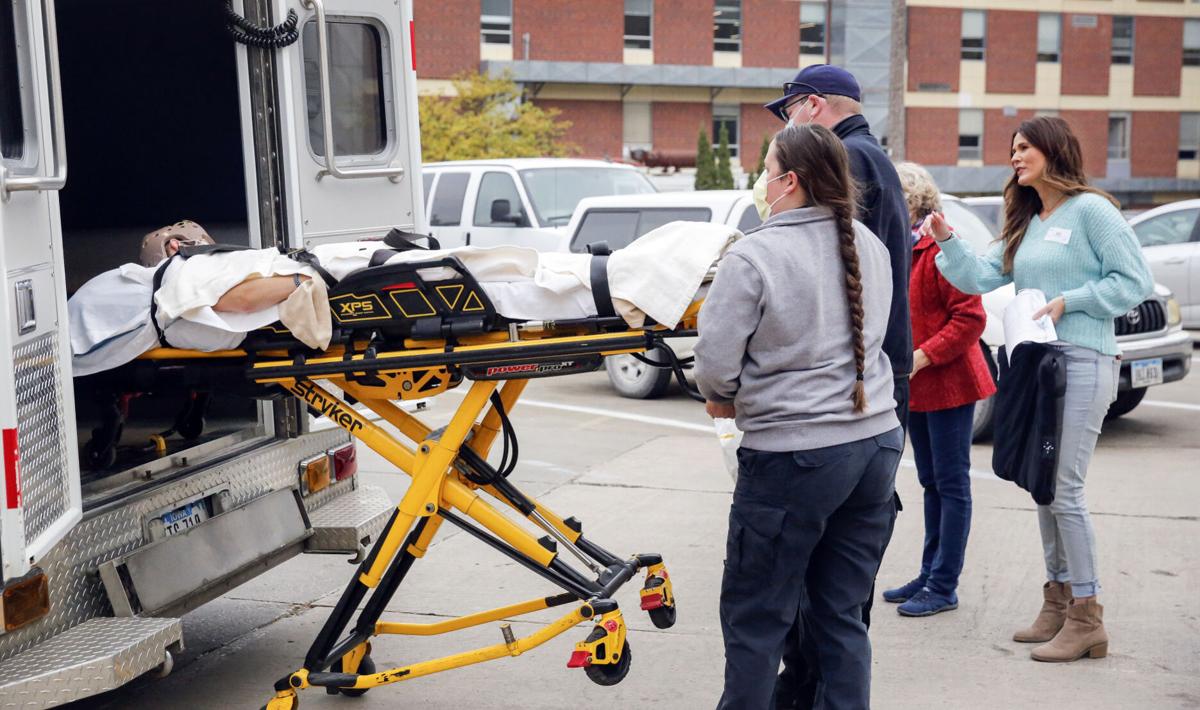 Codi Heefner (right) talks to her son Gabe Heefner as he is put into an ambulance in the emergency department ambulance bay at the University of Iowa Hospitals and Clinics in Iowa City, Iowa, on Nov. 10. Gabe Heefner was shot in the head by a projectile fired from an air rifle. Gabe Heefner was driven to rehabilitation facility in Chicago. 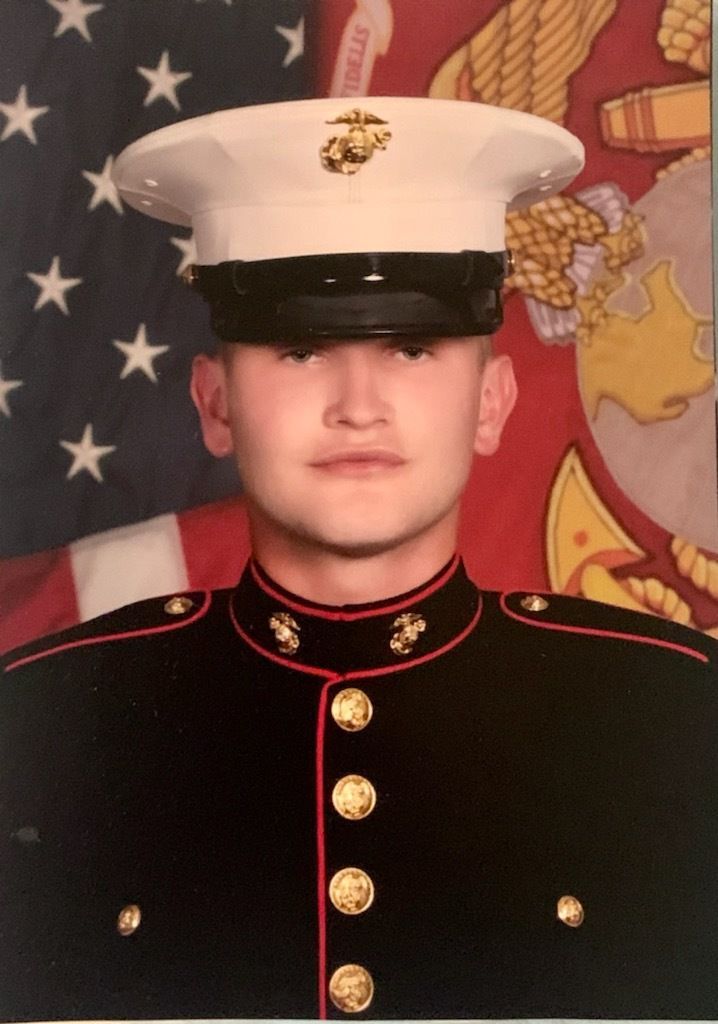