DES MOINES -- New federal funding for roads, bridges and other infrastructure projects will provide a revenue boost similar to when the state of Iowa raised its fuel tax in 2015, the state’s transportation director says.

Iowa will receive roughly $5 billion over five years in new federal funding for infrastructure projects, according to the White House.

Stuart Anderson, director of the Iowa Department of Transportation, said the funding boost represents a 25% increase in the first year, and increases to a 35% boost by the fifth year.

“That definitely will mean more funding is available for construction work,” Anderson said.

President Joe Biden is scheduled to sign the bill into law on Monday at the White House.

The bill will provide to Iowa, according to the White House:

In 2015, Iowa state lawmakers and then-Gov. Terry Branstad raised the state’s share of the fuel tax by 10 cents per gallon in order to address a revenue shortfall in the state transportation budget. That increased produced an extra $220 million per year in each of the first two years, according to a report from the state’s nonpartisan fiscal agency.

Anderson said the federal infrastructure bill should produce a similar revenue boost for Iowa road and bridge construction projects: roughly an additional $150 million in the first year, increasing to roughly $200 million by the fifth year. That should help advance the state’s five-year road construction plan and enable county and city governments to similarly speed up local projects, Anderson said.

“Certainly with some of the increased funding, at the state level with the DOT, it will allow us to begin working with the (state transportation commission) to identify which additional projects should be added to the five-year project,” Anderson said.

Iowa received an overall C grade in the most recent Infrastructure Report Card from the national American Society of Civil Engineers, including a C+ grade for its roads. According to the report, 29% of Iowa’s major roads are in poor or mediocre condition and 15% of the state’s rural roads are in poor condition. That report credited the 2015 fuel tax increase for “much needed funding for short-term critical needs.”

That same report gives Iowa a D+ grade for the condition of its bridges. Iowa has the largest share of structurally deficient bridges in the nation, according to the report.

Roughly 4,500 bridges in Iowa are in poor condition, according state transportation data, roughly 4,300 of which are under counties’ jurisdiction.

In addition to the $432 million for Iowa bridge projects in the bill, the state also will be able to apply for more bridge repair funding through grants from a $12.5 billion Bridge Investment Program and $16 billion for major revitalization projects, according to the White House.

State transportation official soon will begin conversations with local officials to help plan for assigning the new federal funds to infrastructure projects, Anderson said. He said that process will include “extensive” stakeholder outreach with not only local governments, but also metropolitan or regional planning organizations and transit agencies.

“I think there’s a lot of eagerness to understand the magnitude of money they’re talking about, to help them identify how they would want to prioritize and program those additional funds,” Anderson said.

Anderson said the bill also contains a funding increase for the U.S. Army Corps of Engineers, which oversees the lock and dam system on the Mississippi River. That system has long been on the wish list of Iowa elected, transportation and commerce officials for increased funding to address repair needs.

“This bill is really broad in how it will provide increased investment for all modes of transportation,” Anderson said.

DES MOINES --- Republican Govs. Kim Reynolds of Iowa and Kristi Noem of South Dakota on Monday reiterated their hope that an upcoming U.S. Supreme Court case will begin the process of overturning a landmark 1973 decision that protected Americans’ abortion rights.

“As a father of five children, I can tell you if this material was in my school, I’d be going to law enforcement."

JOHNSTON — Chuck Grassley has run seven U.S. Senate campaigns and won each, by a staggering average margin of 35 percentage points.

Iowa’s agriculture economy has not been immune to issues created by shipping backups at U.S. ports, state and national ag experts say.

Branstad, the former Iowa governor who held the post longer than any state chief executive in the nation’s history and more recently was the former U.S. ambassador to China, will serve as an ambassador in residence at Drake University.

Dave Muhlbauer withdraws from race for US Senate

Dave Muhlbauer, a farmer and former county supervisor from Manning, announced he is ending his campaign for the U.S. Senate. Muhlbauer was one… 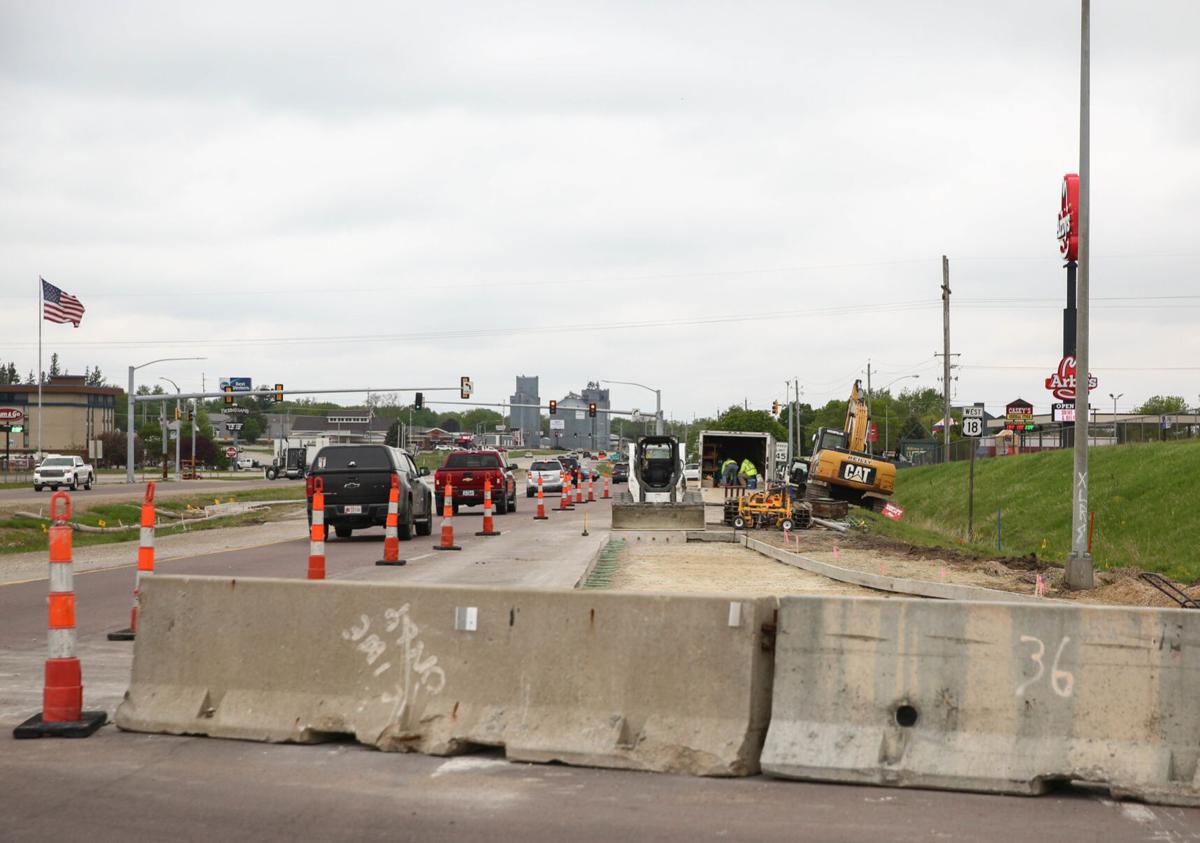 Construction near the junction of Highway 122 and Interstate 35 in Clear Lake in 2020. 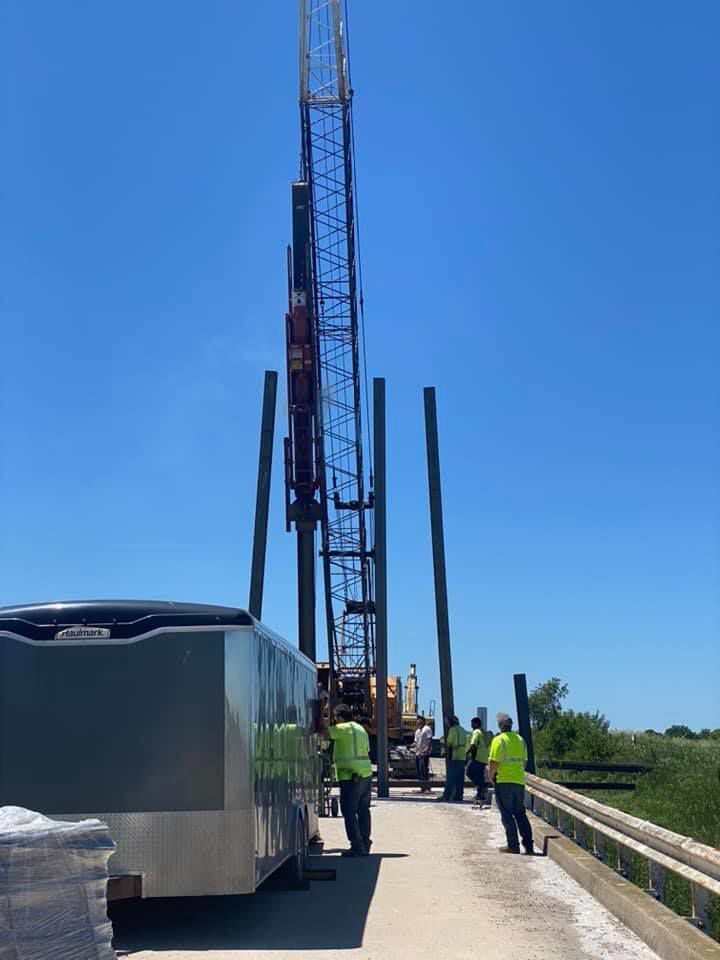 Merryman Bridge Construction is shown driving piling on 180th street south of Garner, near Klemme, to improve the load rating on one of Hancock County's bridges in June 2021.