A pair of Democratic U.S. Senate hopefuls are taking different paths aimed at the same destination — winning their party’s primary in seven months and the general election a year from now.

Minden physician Glenn Hurst is staking out a position as the progressive in the field of five candidates for the nomination to face Sen. Chuck Grassley in 2022.

“I think Iowa voters need to know that there are candidates who are running to be their senator and then there's a candidate who is running to address the issues that will make Iowa thrive,” said Hurst, who spoke to Democrats at the University of Iowa on Wednesday night.

Retired Admiral Mike Franken told about 30 Democrats at a midday meet-and-greet recently in Cedar Rapids that he believes the path to the Senate runs through the middle.

“I'm an appealing choice, I believe, for those who are centrist, who normally have been happy to vote for Sen. Grassley for last 46 years,” Franken said. “I would have a steady hand on the tiller.

“I will move the ball forward for the state of Iowa. I've got the intellect and the inventiveness to make that happen in a variety of ways.”

Hurst leans into the progressive agenda, supporting Medicare for All as a way to keep Iowa’s rural hospitals open and expand access to health care. He’s for “intelligent immigration” to reverse the loss of 25 percent of Iowa’s rural population over the past four decades and bring people “with skill sets that our rural communities need to actually build the houses, repair the bridges and take care of the streets.”

“I believe we have to address the agricultural issues related to overproduction of corn and soybeans, to drive down the price so that we can feed cattle that are raised in confined animal operations and spread manure across our state and into our watershed and affect our ability to enjoy our lives.

“Doesn't that sound like it should appeal to every Iowan?” he said.

The failure of the House to pass that package quickly cost Democrats the Virginia governor’s race, he believes.

“We saw in deep blue Virginia what happens when (Democrats) can't even get the $1.75 trillion reconciliation package passed quickly … on a timeline to help their party’s candidates,” he said.

“If you cannot give people hope, then they will go with those who provide them fear. We aren't doing enough to provide hope, and Republicans are better than ever at selling fear.”

“We are in the catbird seat,” he said. “We have fabulous opportunities with sustainable energy production, but we need to kind of get on a stick.”

“Time is moving on, and we are stagnant,” he said. “We need to break through what is the dysfunction of Washington and the shallow political partisanship.”

With the experience of his four-decade military career, including time on Capitol Hill working on legislative issues, Franken said serving in the Senate would be a continuation of his service to the country.

Dave Muhlbauer withdraws from race for US Senate

Dave Muhlbauer, a farmer and former county supervisor from Manning, announced he is ending his campaign for the U.S. Senate. Muhlbauer was one…

Glenn Hurst is starting his campaign for the U.S. Senate with what he knows best — health care.

CEDAR RAPIDS — Nearly seven months out of office, former U.S. Rep. Abby Finkenauer still sees “a lot to fight for” and this time she hopes to …

Dave Muhlbauer, a farmer and former county supervisor from Manning, has announced his campaign for the U.S. Senate. 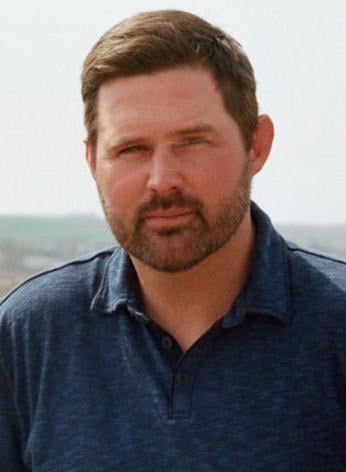