DES MOINES — Iowa Republicans hailed the return of a proven winner as they fight to re-elect President Donald Trump and U.S. Sen. Joni Ernst, but Democrats called Terry Branstad’s surprise decision to step down as U.S. ambassador to China in time to hit the fall campaign trail a sign of GOP desperation.

While there was no official announcement Monday from the White House or U.S. State Department, U.S. Secretary of State Mike Pompeo tweeted about the former Iowa governor and the U.S. Embassy said Branstad confirmed his decision in a phone call with Trump last week.

Trump told Ernst over the weekend that Branstad “is coming home because he wants to campaign.” Iowa’s other Republican U.S. senator — Chuck Grassley — issued a statement praising Branstad for his efforts “to help level the playing field with China” during his three years as Trump’s ambassador to a key trading partner.

“Deploying Midwestern diplomacy that bears respect and takes no nonsense, his work on the international stage has been outstanding, just like his work on behalf of the people of Iowa when he was governor,” said Grassley. “Over the past few years, amid rising tensions and trade conflicts, it’s been reassuring to have an advocate for American agriculture bring his experience and expertise to the table and represent America’s interests with the world’s second largest economy.“

However, Iowa Democratic Party Chairman Mark Smith, a Marshalltown state representative, said Branstad’s tenure in China since mid-2017 was less than stellar given he went there to foster a long-standing relationship with President Xi Jinping but become part of a Trump administration trade war that had detrimental outcomes for farmers and jeopardized ties Branstad worked to build during his record time as governor.

“I don’t rate it very high,” Smith said of Branstad’s tenure, asserting the U.S. relationship with China is worse now and Branstad returns with only a short list of accomplishments.

Branstad, who never lost an Iowa election when he was on the ballot and has a strong statewide network of support and wide name recognition, likely will remove himself from his ambassadorial duties and the political prohibitions that come with it in time to insert himself in the final weeks of the campaign. Republicans are battling to carry the state and its six electoral votes for Trump like they did in 2016, re-elect Ernst to a six-year term, send more Republicans to the U.S. House and retain GOP control of the Statehouse for Gov. Kim Reynolds in the Nov. 3 general election.

“A U.S. ambassador stepping down in order to hit the campaign trail is a historically desperate, last-ditch effort by Republicans to prop up vulnerable GOP politicians like President Trump and Senator Ernst who broke their promises to fight for Iowans in Washington,” said Smith.

While Democrats viewed Branstad’s return as an acknowledgment by Iowa Republicans that they have a problem with voters, Drake University political scientist Dennis Goldford said too little is known about why Branstad is returning to Iowa to draw any conclusions or speculate.

It’s also too early to say what impact Branstad would have on the campaign, Goldford said.

“Could he possibly swing some Bob Ray Republicans — both of them that are left in the state? Could he get them to support Trump when they might be hesitant? Well, maybe. But anybody who is more of a Branstad Republican or is populist or conservative is already supporting Trump.”

Branstad might have enough of that former Iowa Gov. Bob Ray tint to give a level of comfort to moderate Republicans uneasy with the president, particularly in the business community, Goldford noted, whereas he probably doesn’t have a lot of heavy lifting to do with regard with Ernst.

At the same time, the Drake University political observer said having Branstad back on the campaign trail in Iowa “doesn’t hurt certainly” — but noted “we certainly live in a different world from the one in which he was governor.”

In a close election, Goldford said, “a feather on the scale certainly makes a difference” so having a “tried and true veteran” like Branstad could be beneficial for Republicans even if it’s on the margins.

“But can he make some massive difference or swing an election? At this point it’s hard to see how he could do that,” he noted.

Steffen Schmidt, an Iowa State University political science professor, said Branstad comes back to Iowa “with little to show” in terms of protecting farmers. “But he can campaign for the Republicans and he has been an amazing politician,” he added.

“He’s a well-connected sheep dog who can herd the GOP cats to vote in numbers and vote Republican,” Schmidt said. “So Branstad can be an effective, well-known, experienced asset in a year when both parties need to open all the floodgates of assets because many races will be razor tight. Plus he’s a likable guy.”

Smith said if Branstad is Republicans’ October surprise, Democrats are not worried. “We’re ready for it. We’re willing to put forth the message that Iowans need to hear, which is the truth and how these policies of Trump, Ernst and Branstad have adversely affected Iowa’s economy.”

It may be too soon to know what role Branstad, 73, might take in campaigns. He might need time to readjust, but University of Iowa political science professor Tim Hagle expects Branstad has maintained contacts here “and it would not take him that long to get back up to speed.”

Even if he doesn’t literally hit the campaign trail, Branstad could help by reaching out virtually to past supporters of his and the president’s to reassure them four more years of Trump would be better for them than a Joe Biden presidency, Hagle said.

When his name was on the ballot, Branstad was able to win over “no party” voters, who make up about one-third of all Iowa voters. They tend to care about jobs and the economy and health care, Hagle said.

“Being able to discuss the value of Trump’s policies, possibly compared to Biden’s, could help to keep those voters in Trump’s (and Ernst’s) camp,” he said. “Along similar lines, the same would be true for any Republican voters who might be tired of the drama surrounding Trump’s administration.”

If he hits the campaign trail, Branstad is likely to draw crowds and positive reactions, said University of Northern Iowa political scientist Chris Larimer, “but the folks showing up to such an event were likely going to be supporting Ernst anyway.”

“What Ambassador Branstad may provide for Sen. Ernst is some political cover in that having Branstad on the campaign trail for her is likely going to be perceived as less polarizing than having President Trump,” Larimer said.

Even though Branstad was a part of the current administration, Larimer said it’s possible he will have some influence with older voters who remember him as Iowa’s governor rather than as Trump’s ambassador.

Seven years ago, Ethan Kazmerzak disappeared from Hampton without a trace. Look back on some of the Globe Gazette's coverage of his case over …

State employees who enroll in the government’s 2021 health insurance plan will pay higher monthly premiums — an increase that State Treasurer  Fitzgerald said should not be happening given the COVID-19 fallout facing Iowa families.

Three weeks in, some Waterloo virtual education students have yet to log on

WATERLOO — For students who chose virtual education this fall, Waterloo Community Schools' officials are emphasizing that their learning needs…

For the tenth consecutive year, Clear Lake Bank and Trust was named an Iowa Top Workplace for 2020. 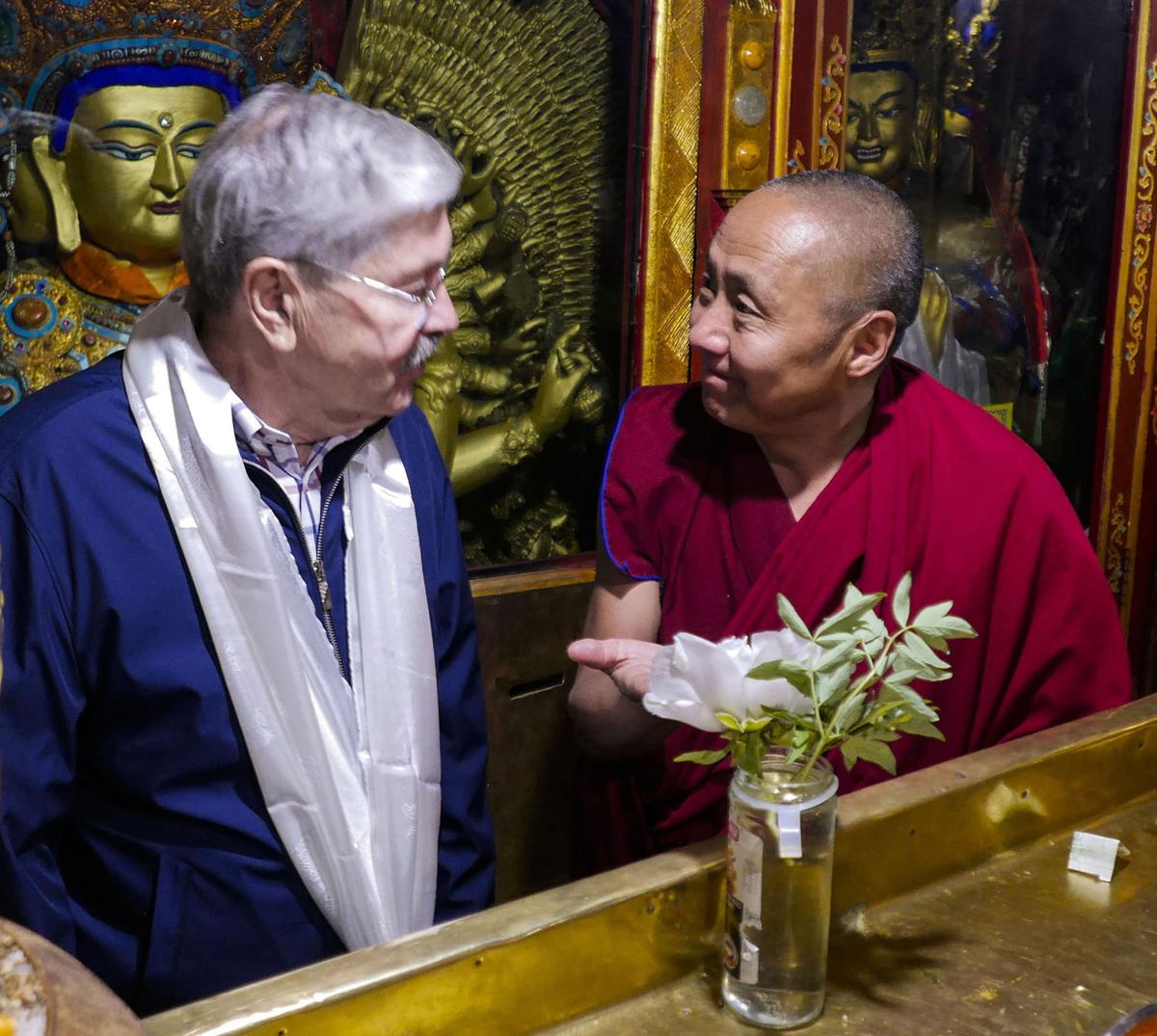 In this photo released by the U.S. Embassy in Beijing, U.S. Ambassador to China Terry Branstad, left, speaks with a monk at the Jokhang Temple in Lhasa in western China's Tibet Autonomous Region on May 23, 2019. Branstad is stepping down as ambassador to China 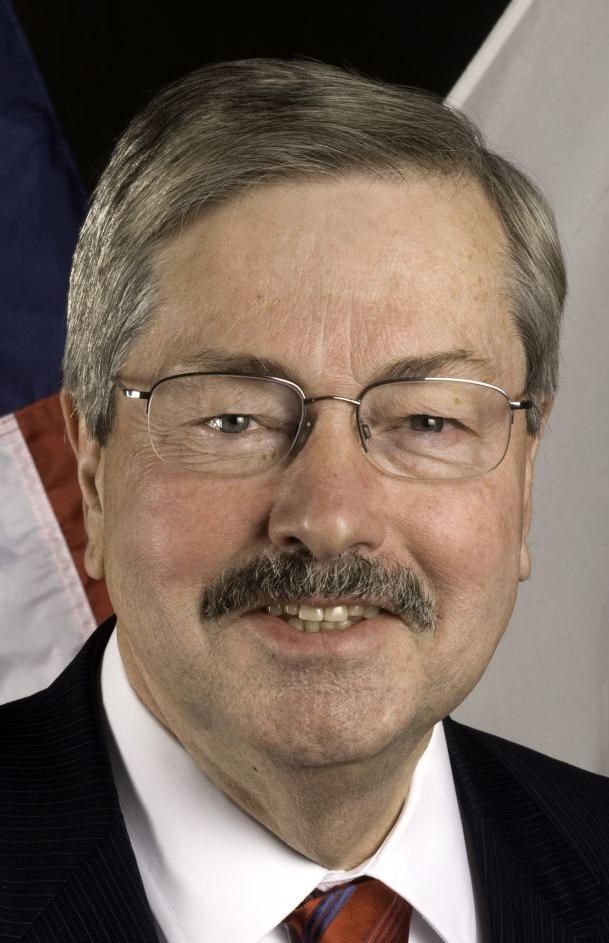