The latest is in Warren County’s county seat of Indianola, where the former Saint Thomas Aquinas Church, built in 1958, will become a Buddhist temple. The Board of Adjustment approved a special work permit at a November meeting.

"Mostly, this would be a place of peaceful contemplation," the Karen Buddhist Association wrote in its application to the city.

The Karen Buddhist Association of Iowa is made up of about 50 families. The goal is for the Indianola temple to serve as a place of worship and as a home for their monk.

No other Buddhist place of worship is in the area, said Charlie Dissell, the city's community and economic development director.

These temples have become more common in Iowa in the last few decades as populations numbers have changed. In Iowa the Asian American Pacific Islander population has grown 134%, an increase of 49,073 people over the last two decades, according to the State Data Center of Iowa.

Globally, there are 500 million Buddhists. About 1% live in North America, according to the Pew Research Center in 2019.

There are approximately 20 Buddhist temples and zen centers in the state, along with one Buddhist monastery in the northeast corner near the Minnesota border, a three-month IowaWatch project on Buddhism found. Many start small and grow into larger centers.

For more than 18 years Zuiko Redding, an ordained Soto Zen tradition Buddhist teacher, led services in a two-story house known to members as the Cedar Rapids Zen Center. The Sangha, a group similar to a Christian congregation, attended the center to listen to Zuiko and learn from other members.

But before this following of nearly 70 members, the Sangha was small and new to Cedar Rapids.

“We started out with about four or five people in a little two-bedroom apartment,” Zuiko of Cedar Rapids said. “I lived there and one bedroom was our Zendo [meditation space] and the living room was the office.”

Those at the Pure Land Temple in Clive, Iowa, had a similar story to the Cedar Rapids Zen Center.

They started in 2005 in a small apartment with few members. Helen Liu and Evelina Chen, both Pure Land practitioners, are sisters who saw the need for a larger temple after an increase in their membership from five or six to 20.

Liu and Chen had been practicing Buddhism for 20 years, and their main teacher Khenpo Paljor Gyatso began his life in the monastery when he was 9. Khenpo is the highest level in Buddhist learning that one can obtain and also serves as the title members use to refer to Paljor.

“We're mostly a white temple. We do have a Burmese family who are members, we've had Koreans, Chinese and Vietnamese, but we have about 70 members and they're predominantly white American converts, and they're raising their children as well. I think across the country we're getting a second generation who are reared as Buddhists,” Zuiko said.

The Ryumonji Zen Monastery, located in Dorchester, Iowa, is the only Buddhist monastery in the state. With 40 acres of land, the monastery has rooms for practicing and training monks, living quarters, a kitchen, dining room and small office space.

Throughout a six-week training period, people from various parts of Iowa, Minnesota and Wisconsin have visited the monastery to become a monk, according to Shoken Winecoff, founder of the Ryumonji Zen Monastery.

“The number of students increases pretty steadily,” Winecoff said. “For this particular ango, which means dwelling together in peace and harmony, we have eight people.”

Winecoff helped establish and build the monastery, beginning construction on donated land in 2000 and ending in 2013. At Ryumonji, Winecoff has ordained at least 15 monks who have gone on to Dharma transmission, a high ability to carry on the Zen lineage. The monks serve in states across the Midwest, including Iowa.

Religion or philosophy, or both?

After a discussion with her parents, Zuiko began exploring religion and found herself being pulled toward Buddhism. The Buddhist community allowed her to combine religion, philosophy and science together to create a holistic experience.

“There are a lot of things that we study. We understand a little bit of basic science concepts and philosophy, and then also some way there is prayer devotion to the Buddha,” Zuiko said.

Similar to Christianity, there are different paths of Buddhism people choose to follow. The Cedar Rapids Zen Center focuses on zen Buddhism and the art of meditation whereas the Pure Land Temple of Iowa follows the Pure Land path, allowing teachings of the Buddha and meditation to be held.

“I think Buddhism is a kind of a teaching to teach us how to find how to avoid suffering and how to find what happens to the better life to benefit ourselves and other other sentient beings. I think it's, for me it's a kind of education,” Liu said.

Much like other religious organizations, the Buddhist community has also felt the impact of COVID-19 in similar and different ways.

“We are, of course, number one, always concerned for the safety of people. We decided to reopen after May 26, if really people wanted a vaccine, and they got it. We wanted to wait because we didn’t want people to say ‘the temple is open too early and we got the virus from there,’” Kenpo said.

At Pure Land of Iowa and the Cedar Rapids Zen Center meditation sessions and classes have both been held via Zoom. Zuiko said the method of online and in-person has been popular and has allowed people to adjust their schedules to practice.

“I'm trying to figure out how we can integrate the whole thing together. We now have noon zazen rather than early morning, which has proved to be popular, especially on Zoom because people can Zoom in. Sometimes a person or two will come to the center with their vaccine cards and we all sit together and then on Sundays we use Zoom to have Zen, Dharma talk and discussion,” Zuiko said.

Back in Indianola, the hope is for the Buddhist temple there to open before the end of the year.

Most Karen refugees arrived in the U.S. in 2006 and 2007. Those in Iowa often work at meat packing plants.

The application to Indianola leader promises the new temple will change the neighborhood little. "The Karen people have an affinity with nature and treasure the land," their application to the adjustment board said.

Silvia Oakland is a 2021 Wartburg College graduate and a summer 2021 reporting intern for IowaWatch – the Iowa Center for Public Affairs Journalism. While at Wartburg, Oakland served as editor of the Wartburg Trumpet for two years and is the 2021 Pat Pisarik Journalist of the Year. She is currently on a year of service in Washington, D.C.

IowaWatch - The Iowa Center for Public Affairs Journalism is a nonpartisan, nonprofit news outlet that strives to be the state's leading collaborative investigative news organization. Read more or support its mission at iowawatch.org.

DES MOINES — A four-year transition to a flat state income tax rate of 4 percent, shortening the time Iowans could claim jobless benefits and …

Lawmakers agree on need for workers, but not how to get them

ADM announced Tuesday it wants to build a carbon dioxide pipeline from its plants in Cedar Rapids and Clinton to a site in Illinois where it will sequester the greenhouse gases.

Iowa sports betting surpassed $2B in 2021

DES MOINES — As one industry analyst put it, “Iowa loves football and betting on football.”

Watch Now: Travel issues continue with no end in sight

Watch Now: What you need to know about at-home COVID tests

Watch Now: What you need to know about at-home COVID tests

Firefighters rescue dog from the edge of a cliff in China

Firefighters rescue dog from the edge of a cliff in China 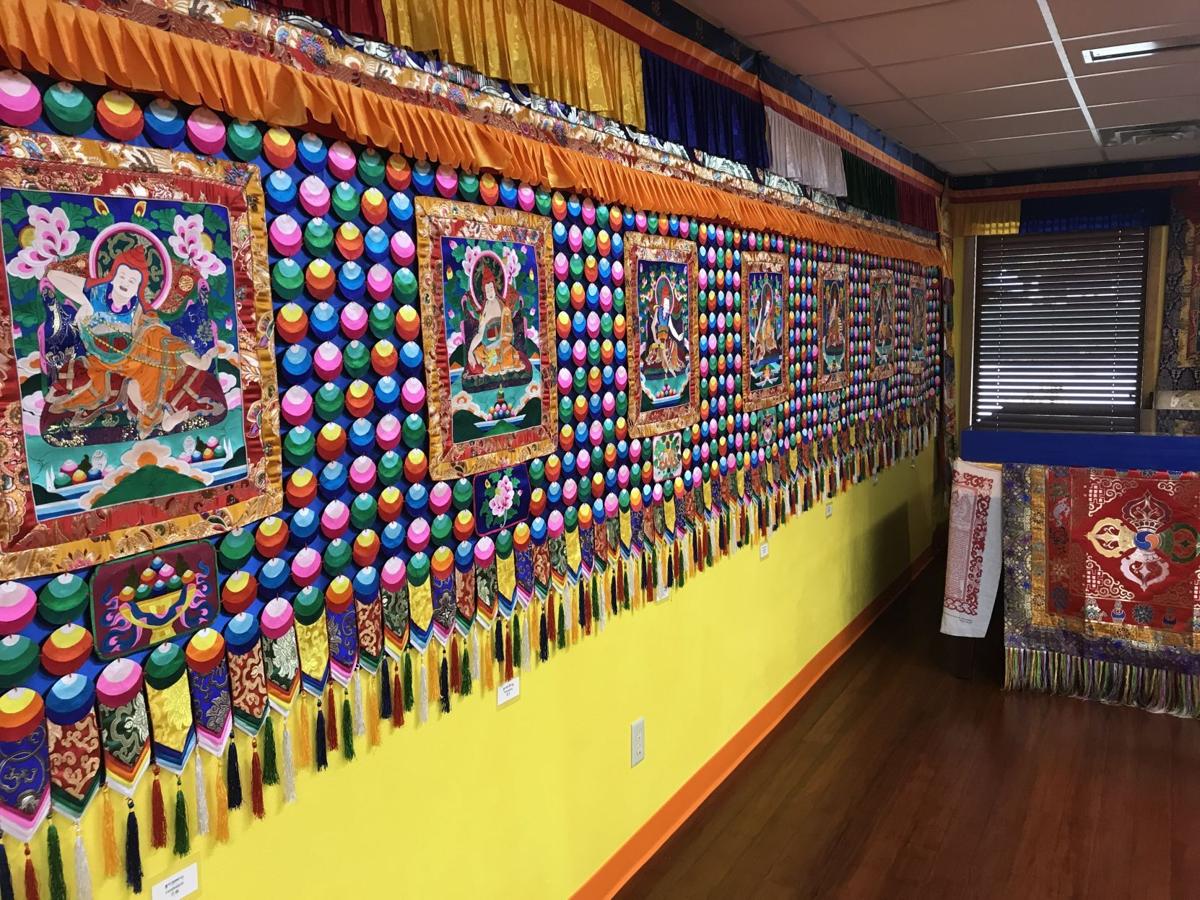 The vibrant inside of the Pure Land Temple in Clive has walls that display portraits of the different Buddhas, leading up to the altar. This area hosts various teachings written by the Buddha along with portraits and offerings. 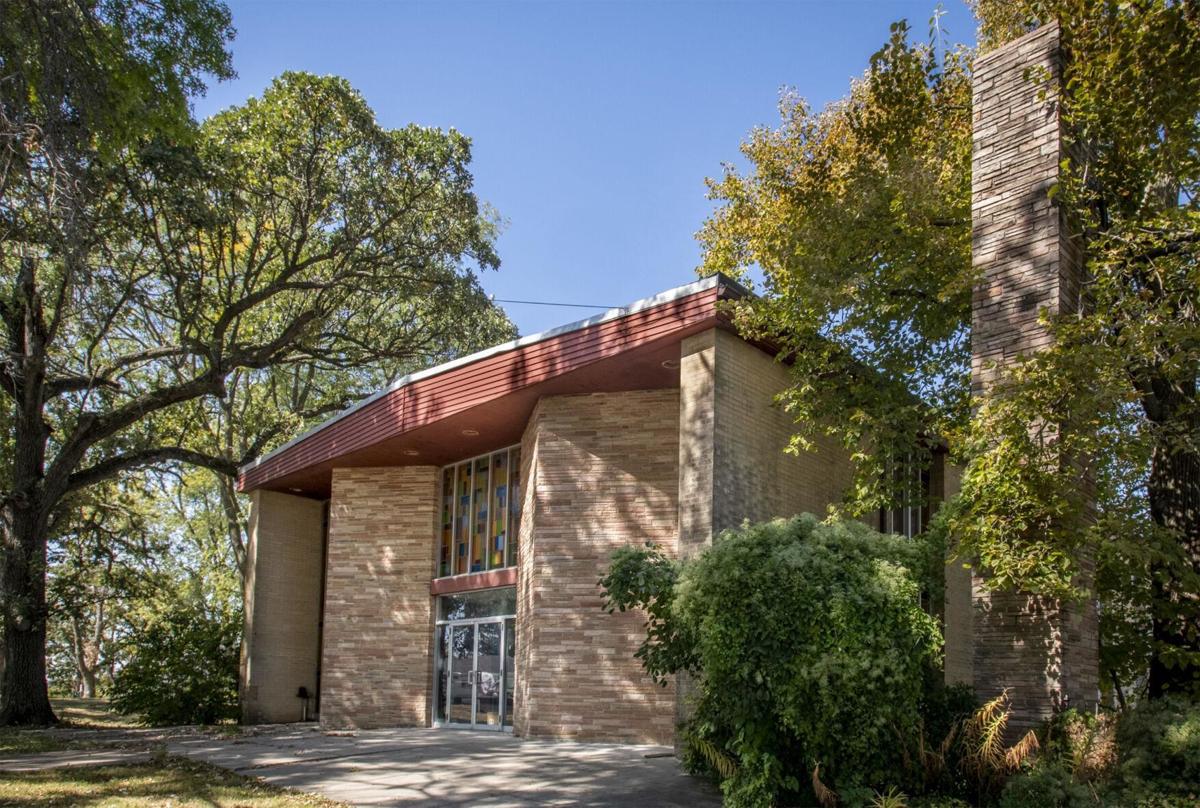 A building that once housed Indianola's St. Thomas Aquinas Catholic Church and is currently owned by Simpson College will soon become a Buddhist temple.