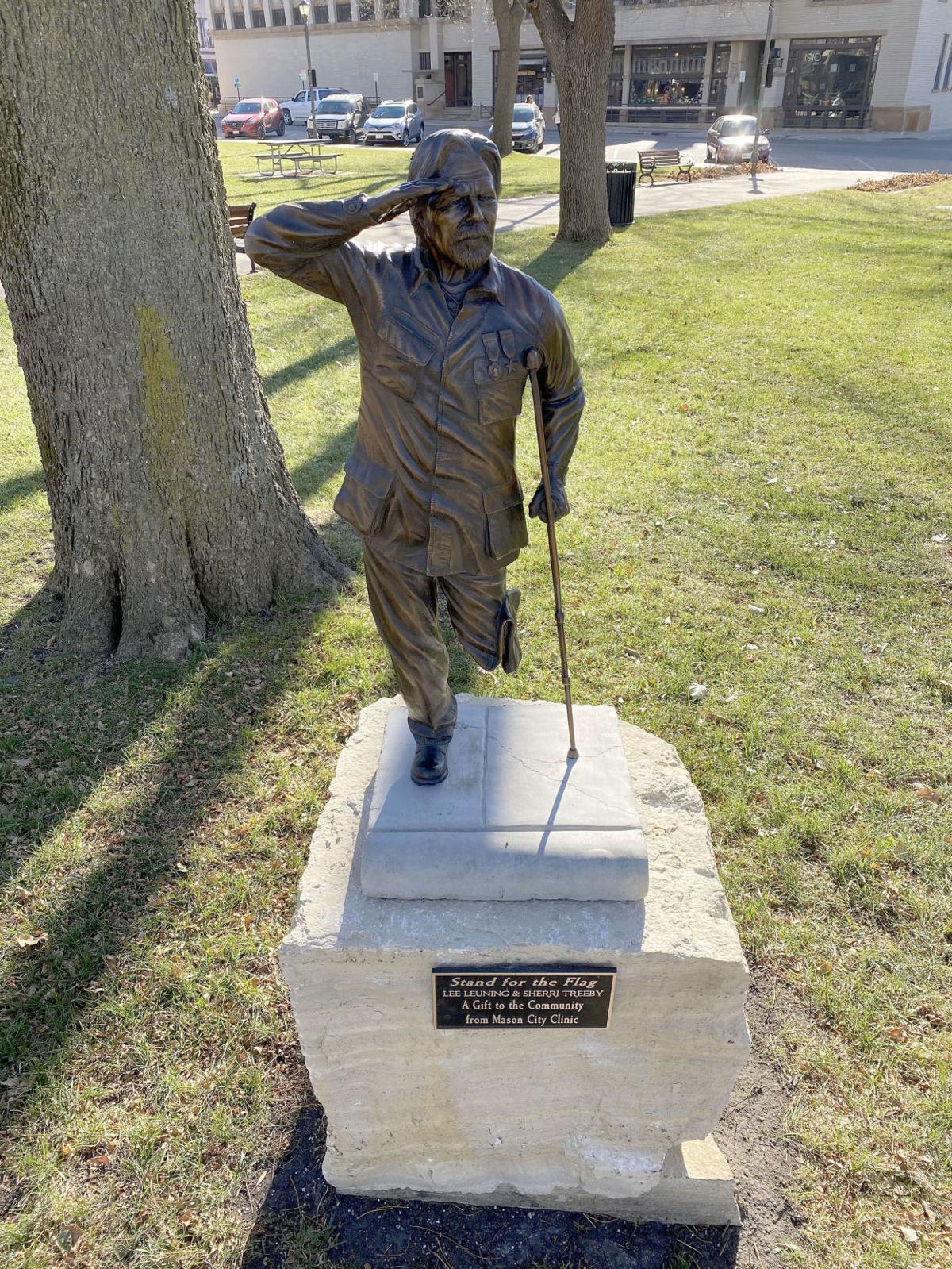 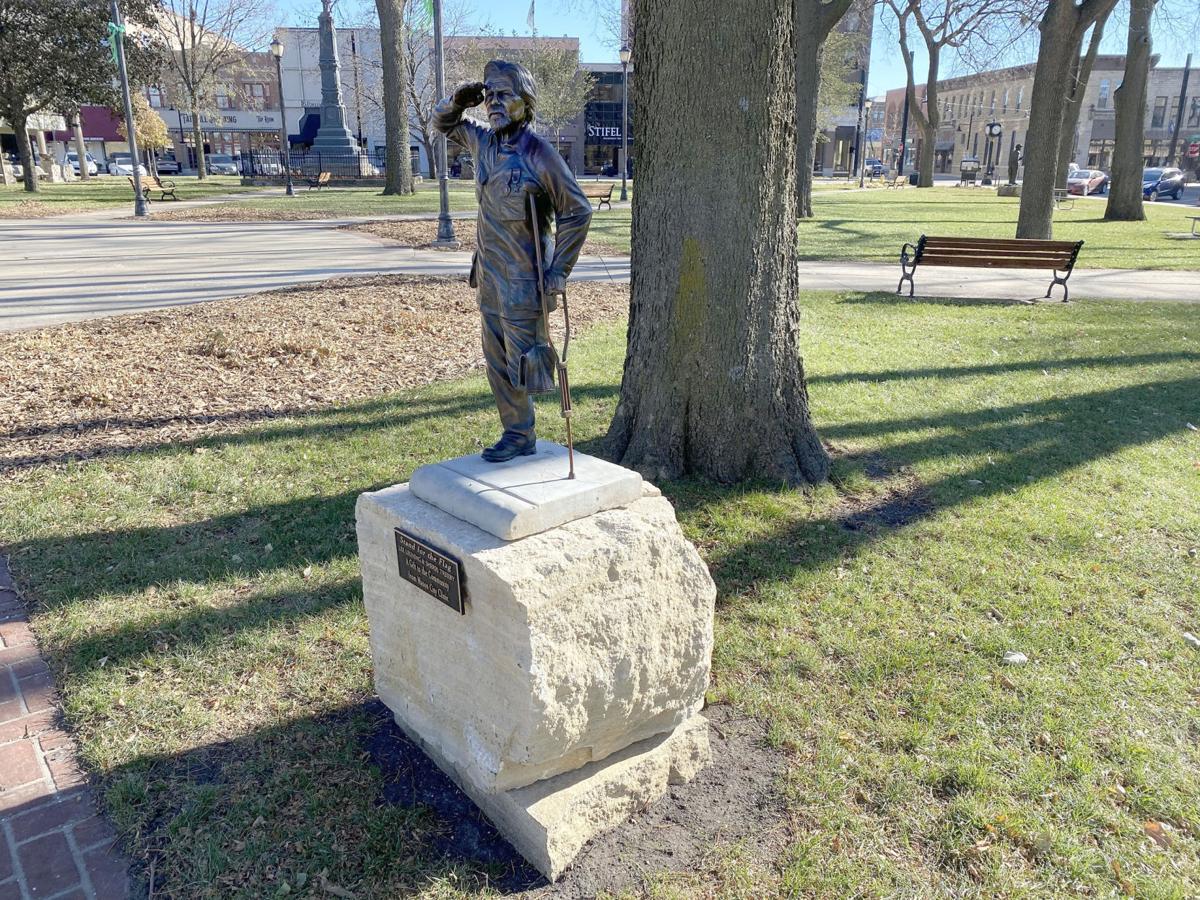 Dr. Mark Mulkey has many reasons to honor veterans.

Coming from a family of those who served, including his father, grandfather, grandmother, an uncle and his wife's father, the Mason City doctor was offered a chance to honor not only those veterans in his family, but all veterans in the community.

On Veterans Day, that show of support will be unveiled in Central Park on the west side of the downtown space that features a Veteran's Monument, installed in 2005 designed to honor veterans living or deceased.

The bronze statue called "Stand for the Flag" will be unveiled during a short program starting at 3 p.m. on Wednesday, with Mulkey being one of the guest speakers.

According to Cheryl Schurtz, a member of the River City Sculptures on Parade board, "Stand for the Flag" is a Vietnam veteran who has lost a part of his left leg standing at attention, saluting the U.S. flag.

Schurtz said the sculpture was created by Lee Leuning and Sherri Treeby, was generously purchased by Dr. Mulkey and the wife of his late father, Judi Chiri-Mulkey.

"I just felt when the statue came up, it spoke to my desire to support not only my family, but for everyone in the military," Mulkey said. "I love the sculpture. I can tell that the people who installed it made sure it was looking right at the flag.It belongs in that area of the park."

Schurtz's role on the River City Sculptures on Parade board, which she undertook three years ago, was a catalyst for having a sculpture dedicated to Vietnam era veterans.

The retired VA nurse said her heart has always been and always will be for the care and well-being of every veteran and their families.

"We have rotating sculptures, and the committee is always looking for local residents who might have an interest in sponsoring a sculpture," she said. "The Mulkey family kindly offered to get the sculpture for the community.

"This is a volunteer group and we are excited when we can add meaningful sculptures to our city."

Mulkey said the "Stand for the Flag" sculpture was originally pitched to the Mason City Clinic, which he says takes care of many veterans and appreciates all they have done for this country.

But in the end, the Mulkey family said it would purchase and sponsor the sculpture because of how near and dear veterans are to the family.

"The clinic is very supportive of veterans and have big hearts," he said. "The reason we decided for myself and my dad's wife to do this is because of our belief in veterans and what message this sculpture would send.

"It will be very well received by the veterans, who you can thank for your freedom to express your opinions. Someone paid a price for that."

'Stand for the Flag'

What: Sculpture unveiling of "Stand for the Flag'

A closer look: The bronze sculpture of a Vietnam veteran standing at attention saluting the flag was created by Lee Leuning and Sherri Treeby and purchased by Dr. Mark Mulkey and his late father's wife, Judi Chiri-Mulkey