Rebekah Larson and Megan Heetland are two peas in a pod.

Coming from a family of four girls in Bancroft, sisters Larson and Heetland did everything together growing up, from sports to show choir.

“We were there through everything together,” said Heetland.

Now after giving birth a day apart, Larson and Heetland hope their newborn sons have the kind of bond they do when they grow up.

Growing up, the two would travel to attend school and practices together. Outside of school, Heetland and Larson worked their first jobs together on a hog confinement farm.

Larson said she can’t remember a moment that they weren’t doing things together and added, “We’ve always been close.”

Heetland, who is two years older, went to North Iowa Area Community College (NIACC) for her degree and to play volleyball.

Larson recalled the day she dropped off her sister at college and how hard it was for her.

“I will never forget dropping her off and bawling my eyes out,” said Larson.

The two during their college careers stayed in touch with frequent phone calls and FaceTime. Larson added she would send her sister letters and care packages.

The two passed through yet another major life milestone together when they were proposed to by their significant others within a month or two of each other.

“(Larson and her husband) got engaged shortly after I did and there was a moment that I was like, ‘Seriously?’ but now I wouldn’t want it any other way,” said Heetland.

“I remember talking with her for three hours a day just over planning,” said Larson.

“(Larson) came and gave me the picture of the ultrasound and I was like, ‘Why didn’t you tell me?’” said Heetland.

Heetland and Larson knew their due dates were around four days apart from each other. Larson said their parents couldn’t believe Larson and Heetland were so close to each other in due dates.

Larson went in for an appointment and was later checked into the MercyOne North Iowa Birth Center on Oct. 6. She added she thought her sister would be delivering ten days later, not the next day.

Heetland recalled that before she was put into a hospital gown, she walked into the room and was able to see her nephew's birth before going into labor herself.

After giving birth, the two sisters kept each other company by visiting each other’s rooms. The nurses questioned why guests were walking in and were shocked when they learned the connection.

“I think (the nurses) were kind of shocked and it’s not a daily occurrence for them,” said Heetland.

Heetland said she made jokes toward her sister's room whenever she heard her nephew's cries.

“I was joking around and kept saying, ‘Keep it down over there,'” said Heetland while chuckling.

Both Larson and Heetland said they hope the two cousins build a strong bond with one another like what they have, building ties through sports and birthday parties.

6th through 8th grade students are invited to participate in Minnesota Rubber & Plastics’ Young Innovators contest and win STEM supplies for their school. 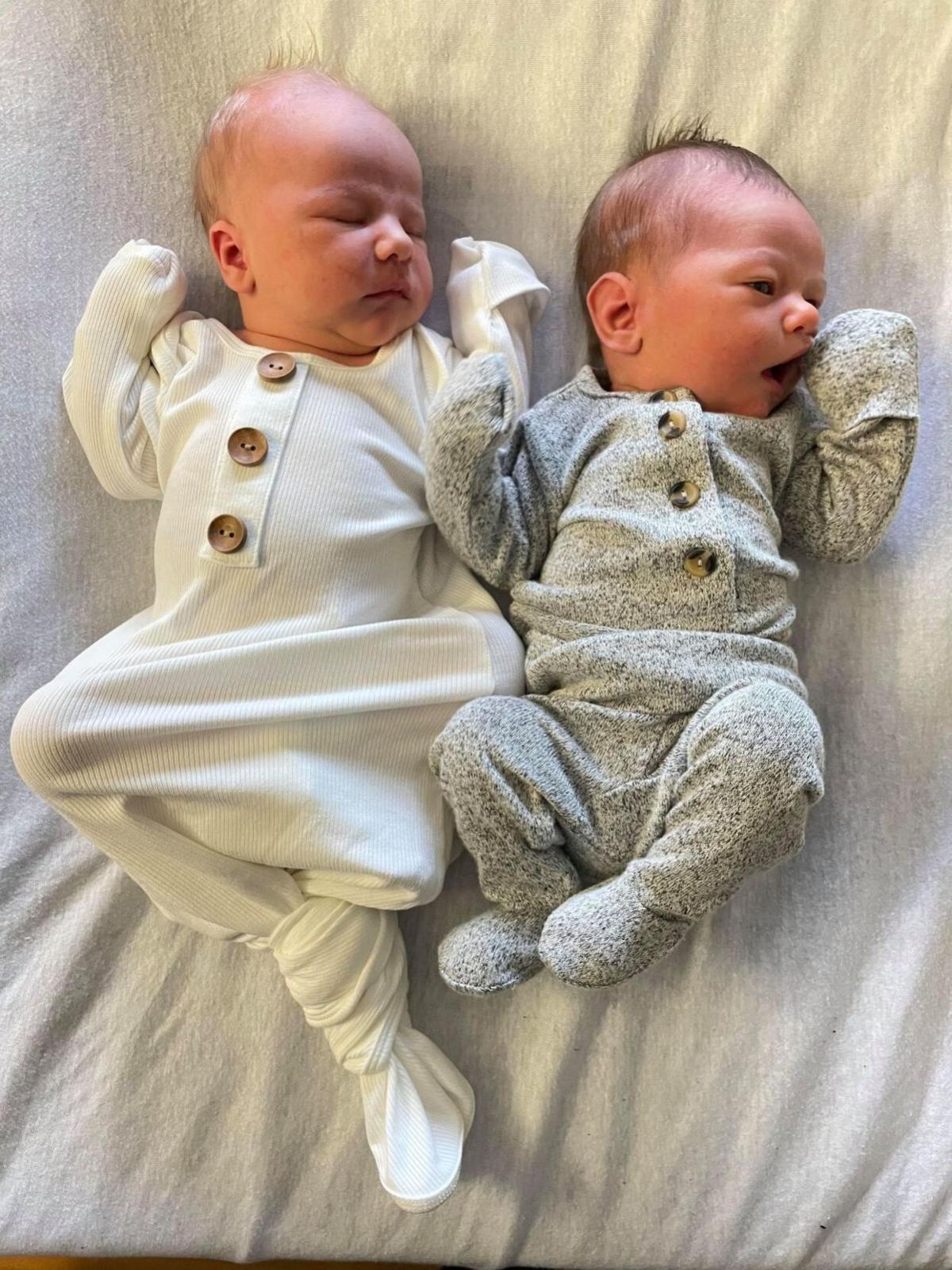 Cousins Ezra Larson and Huxley Heetland were born just a day apart from each other at MercyOne North Iowa. 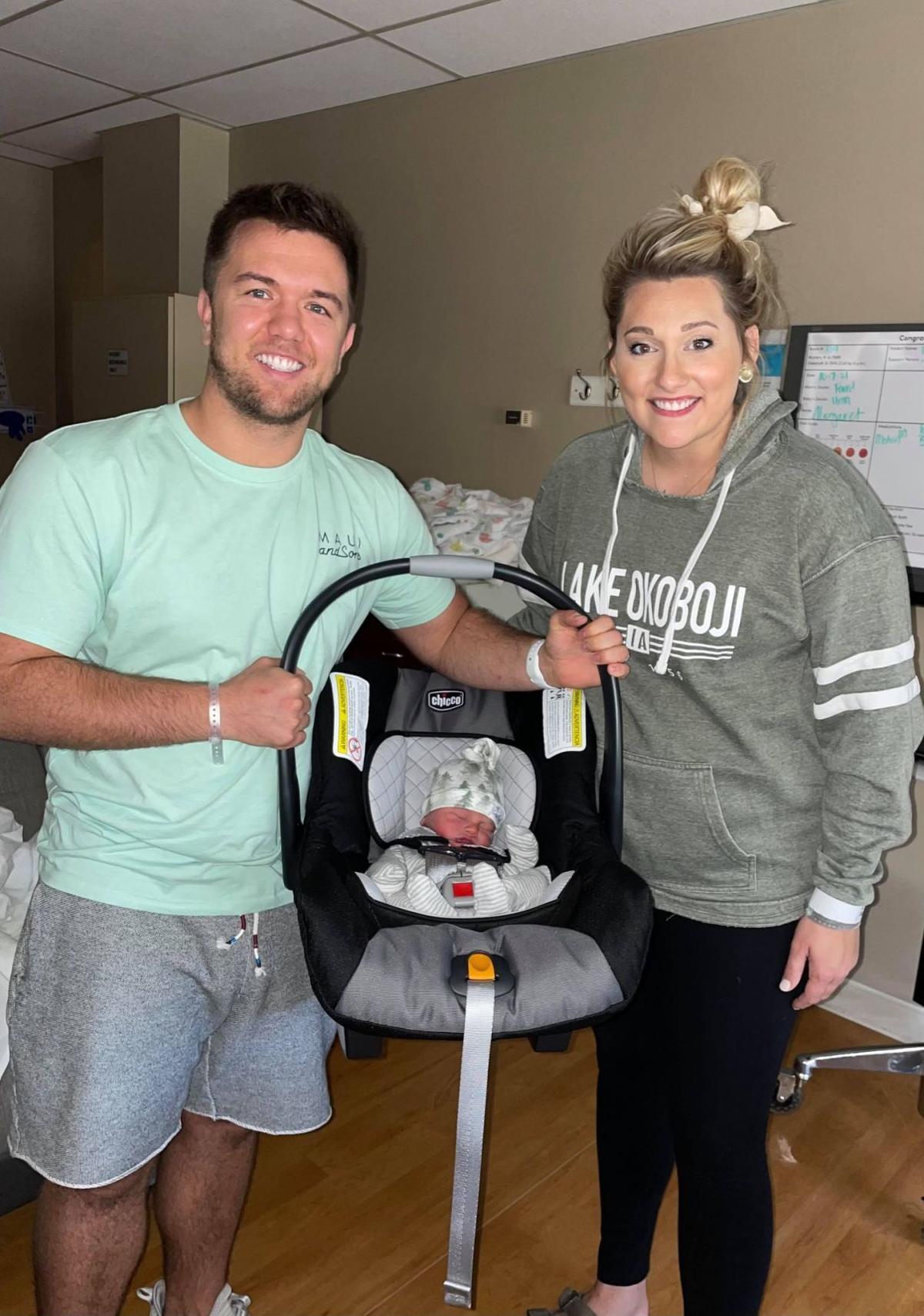 Tyler and Megan Heetland with their son, Huxley. 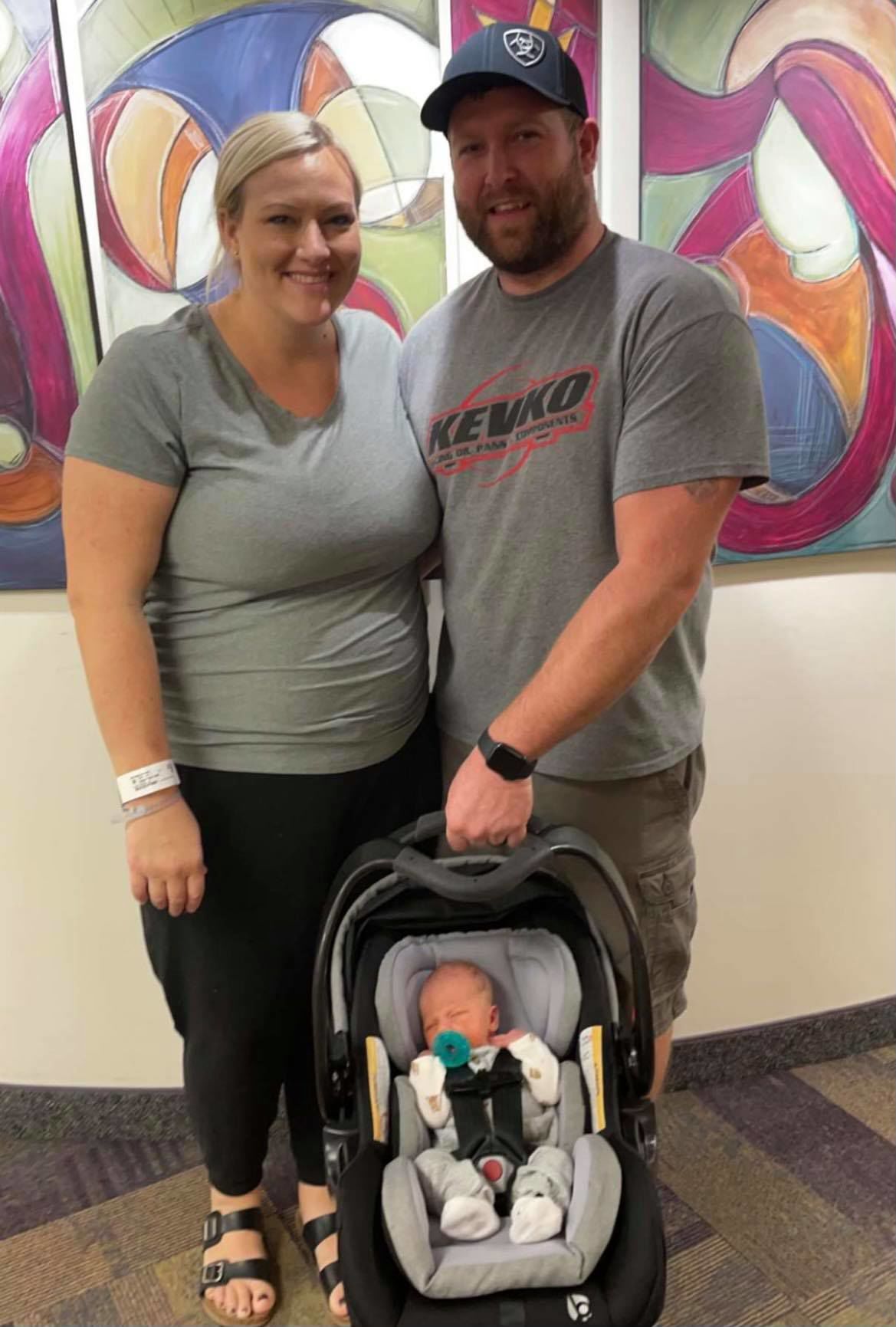 Travis and Rebekah Larson with their son, Ezra.