The first living, non-directed organ donation took place in Iowa in 2000, according to the Department of Health and Human Services. Since then, 50 individuals in the state have decided to donate an organ (usually a kidney) to whoever needed it, with no knowledge of who the recipient would be.

In 2016, Hanlontown native Susanne Morgan was one such donor.

Several years ago, Susanne, who works at the Iowa Department of Transportation in Mason City, attended an IDOT conference, at which a couple who had lost a daughter in an accident spoke about organ donation. Though they lost someone so close to them, they talked about all of the lives their daughter saved by choosing to be an organ donor.

After the couple spoke, Tony Hakes from the Iowa Donor Network walked on stage to talk about the benefits of a living donation. Susanne said she was surprised to learn that living organ donation was not only possible, it was preferred by doctors. According to the Mayo Clinic, living-donor transplants are associated with fewer complications than deceased-donor transplants and the organ itself usually survives longer.

Susanne took the information in and mulled over it for a few years. At the DOT, she meets a lot of people who have stipulations when deciding whether to designate themselves as an organ donor on their driver’s license.

“A lot of people say they’ll only donate if it goes to their families. But what if it was your family that needed an organ? You wouldn’t care where the organ came from as long as your loved one could live,” Susanne said. “I realized nothing was guaranteed (in life), so I decided ‘I’m gonna go for it.’”

Susanne reached out to Tony from the Iowa Donor Network, who she’d remembered from the DOT conference. He gave her resources to connect with to pursue becoming a live, non-directed donor.

When Susanne told her friends and family her decision to donate, she said she received mixed reactions.

“My children were extremely, extremely supportive. They were both there the day of surgery,” Susanne said. “But others weren’t as understanding.”

She was often asked why she was giving to somebody she didn’t know, and what if someone she did know needed one in the future? She wouldn’t be able to help them then. But Susanne was grounded in her decision.

There were three hospitals in Iowa that did live donations: Iowa City, Mercy in Des Moines, and Methodist Unity Point. When choosing a facility, Susanne ruled out Iowa City because of the distance. She reached out to Des Moines, but her message was returned “undeliverable.”

“That was a sign for me—Methodist it is,” she said.

Susanne sent a message to Methodist Unity Point, and they set up a time to meet. After going through screening and tests to make sure she was healthy enough to donate, Unity Point searched for a recipient to pair her with.

Within a week, Susanne found her match. A gentleman named Adolfo, living in Chicago. He has hereditary kidney disease, Susanne said, and was third on the waiting list. His sister had donated to him in the past, so this would be his second transplant.

Susanne got the call on a Tuesday night, and was in surgery the next morning. “What’s a better gift to give to somebody, than the gift of life,” said Susanne.

Susanne’s gift of life actually led to another. Adolfo and his wife had wanted another baby, but were waiting for Aldofo’s new kidney before growing their family. Their child, Susan, is now two years old.

Suzanne was able to meet Adolfo and his family after the transplant, and she said the families have met a few times since then.

"Meeting him for the first time...there really are no words to describe how I felt," Susanne said. "There was a mix of emotions, as I didn't know who would be walking around the corner. Tears of joy were shed. We sat and visited for quite awhile, exchanged numbers and have been in touch since."

With years since the surgery behind her, Suzanne has no regrets about taking that DOT presentation to heart and encourages anyone who is able to consider being an organ donor.

Gretchen Burnette is a Weeklies Editor and Daily Reporter at the Globe Gazette.  You can reach her by phone at 641.421.0523 or at Gretchen.Burnette@GlobeGazette.com

In a world focused on extrinsic lifestyles, this year reporter Gretchen Burnette plans to do the opposite: bring people home.

Making Local Legends is a feature series that includes neighbors, strangers, family members, and anyone else in North Iowa with a story to tell.

The goal of this feature series is to promote community by sharing experiences and understanding that each neighbor in North Iowa lives as thoroughly as the next.

If you know somebody, or you are somebody, with a story to share, contact Gretchen Burnette by email at gretchen.burnette@globegazette.com or call 641.421.0523 with a short description of your story.

"We have seen a tremendously positive impact on the residents as a result."

CDC says one-third of Americans should be wearing masks

CDC says one-third of Americans should be wearing masks

Ford issues recall of 39,000 SUVs due to instances of fire

Ford issues recall of 39,000 SUVs due to instances of fire 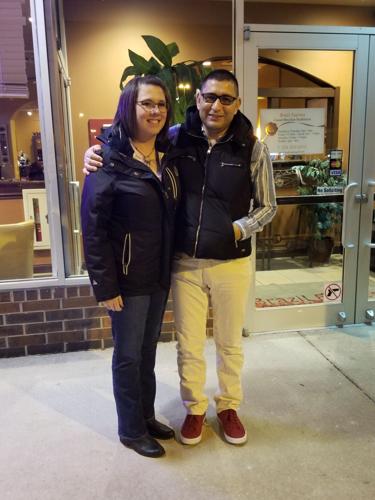 Kidney donation in Iowa, showing the most popular relationships between living donors, and living anonymous donation, from the Department of Health and Human Services. The "To Date" totals are from 1988 to present.