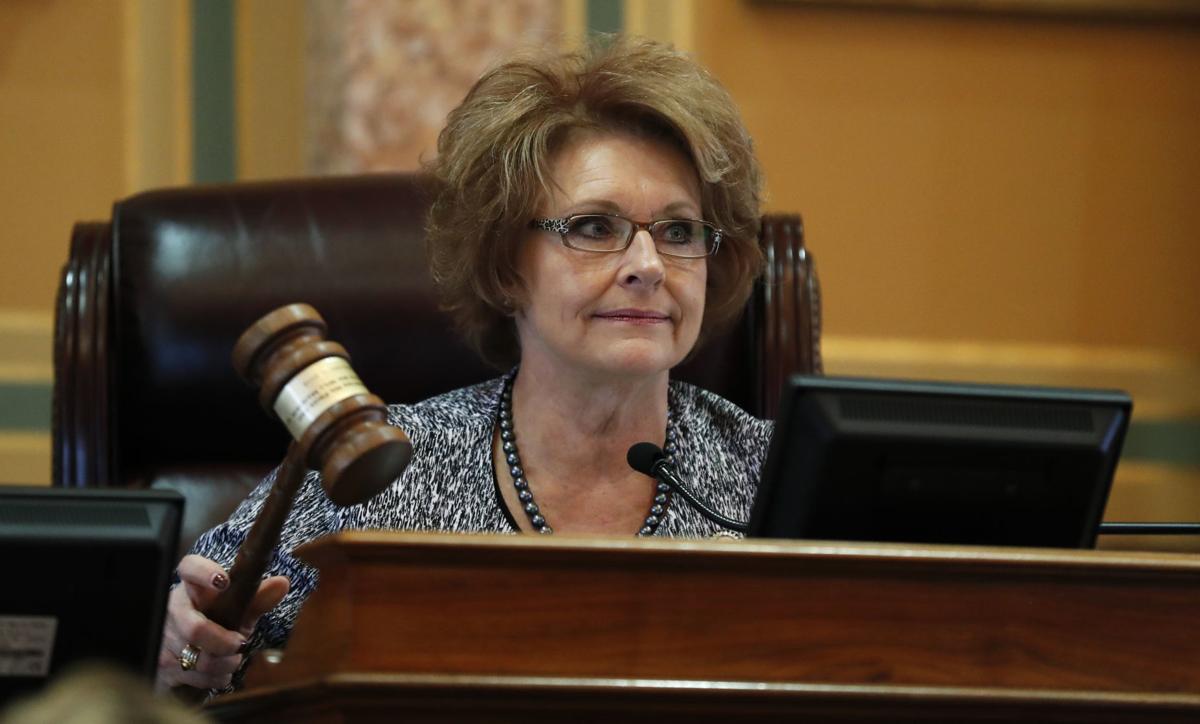 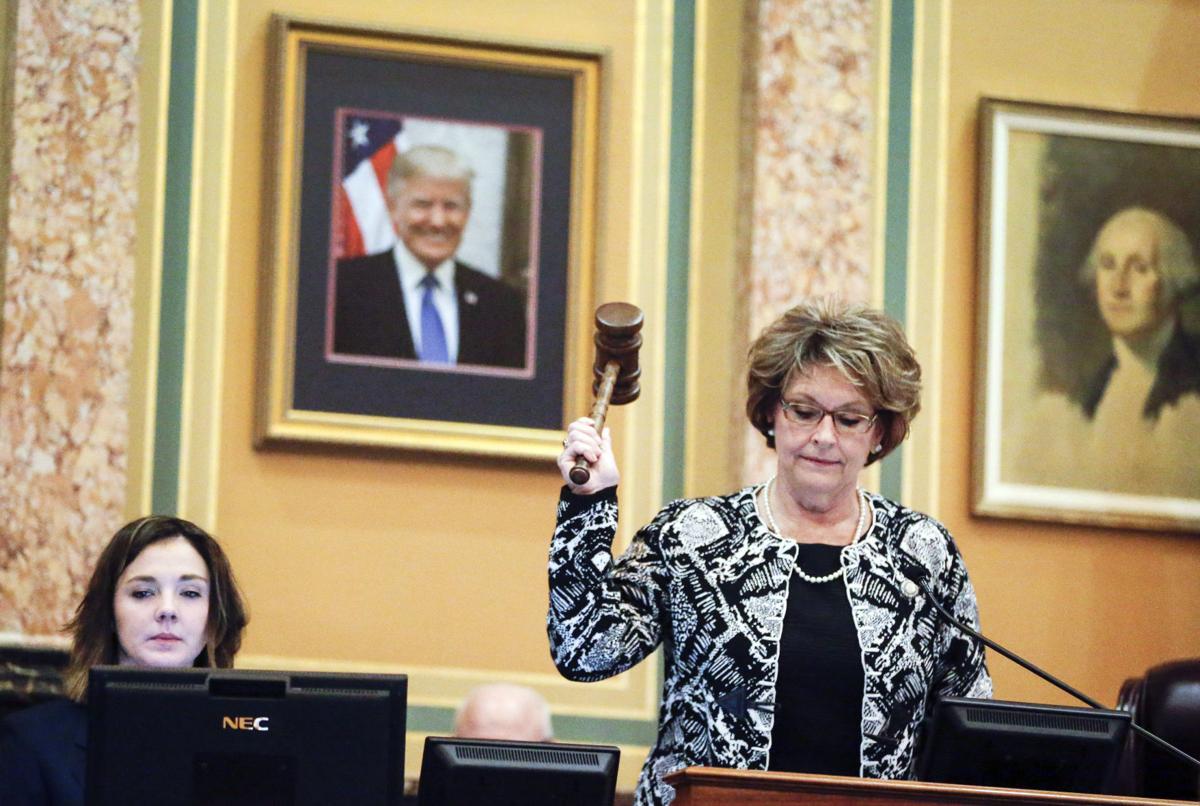 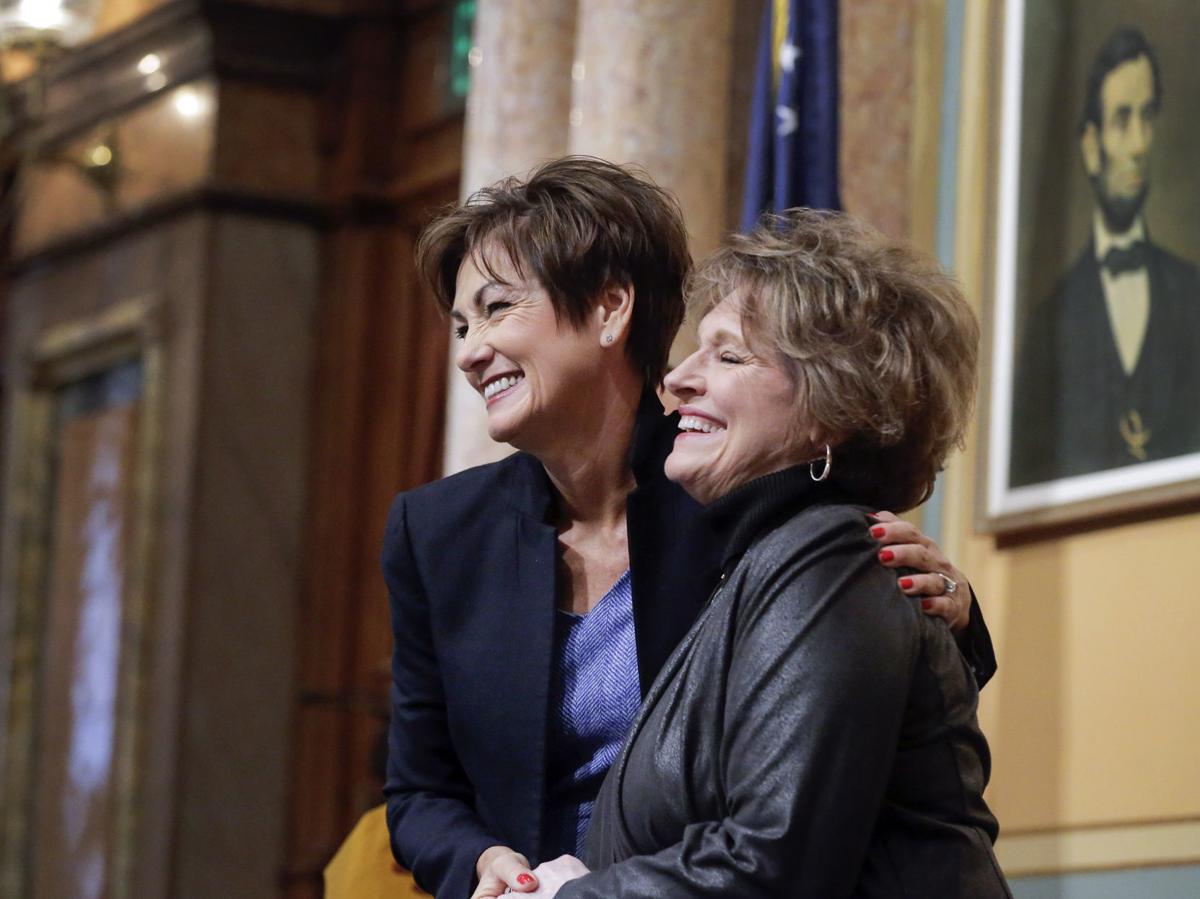 Iowa Gov. Kim Reynolds share a light moment with Speaker of the House Linda Upmeyer after Reynolds delivered her Condition of the State address in January 2018. 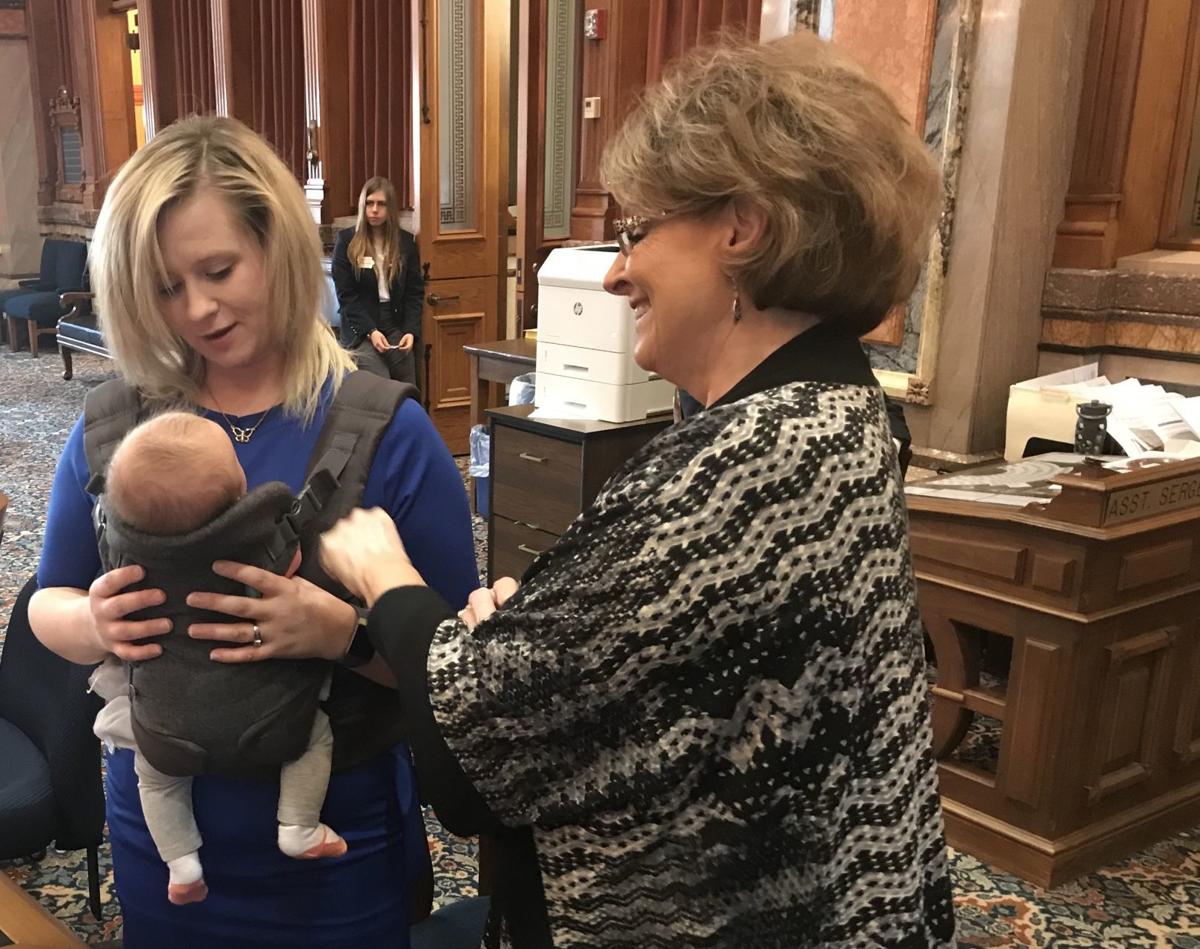 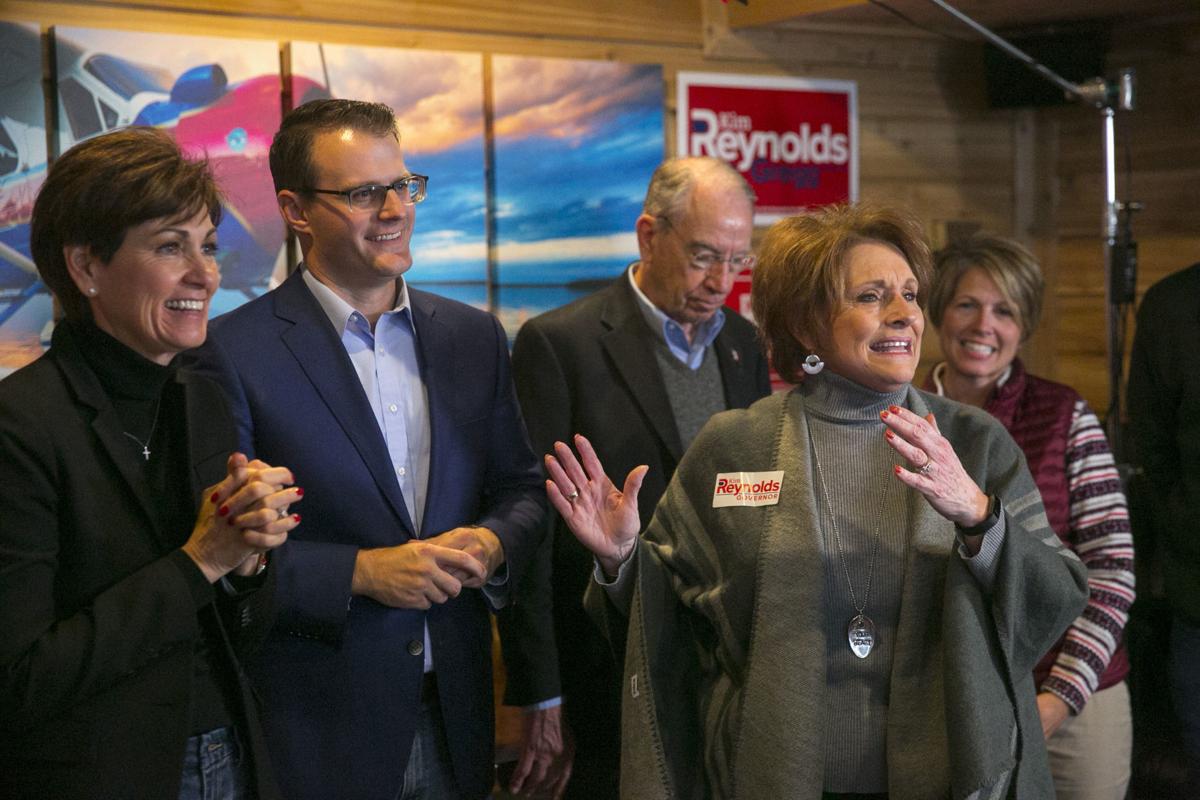 Iowa Speaker of the House Linda Upmeyer speaks at a campaign stop for Gov. Kim Reynolds and other Republican state candidates in 2018 at Patriot Wings Bar and Grill in Clear Lake.

DES MOINES – After spending the past nine years in leadership, including four as Speaker of the House, Linda Upmeyer thought stepping down might be bittersweet.

“I’m like not feeling it,” she said moments before the 2020 session of the Iowa Legislature got underway Monday. “I thought I might feel regretful. Not yet.”

Upmeyer announced in September that she would step down as speaker and not seek a tenth term this year. She formally resigned Monday, making way for the election of New Hartford Republican Pat Grassley as speaker for the remainder of the session.

She called her three sessions as speaker a “tremendous honor” and expressed pride in what the GOP-controlled House has accomplished.

Upmeyer still has some ideas she would like to see become law and pledged her support to Grassley and new House Majority Leader Matt Windschitl, R-Missouri Valley, her support.

“I’ll try very hard not to give unwanted advice, but be available if they need anything,” she said. “If they ever need help counting 51, I’m here.”

Although she has enjoyed her time as speaker, Upmeyer said she is looking forward to some relief from the time commitments it involved.

“It feels nice not to be figuring out how to schedule all the things that you need to be attending,” she said. “Now, in the morning, the first thing I'll do is decide where to have lunch.”

Always a conservative, Upmeyer plans to continue to use her “Madam Speaker” note cards “because they are too expensive to throw away.”

Watch where you park, Mason City: Alternate side ordinance is in effect

Odd days means odd side of the street, even means even; it's time to remember that.

The governor is encouraging employers, recruiters, and human resource managers to attend the Employer and Reentry Roundtable at 12:30 p.m. on Jan. 29 at the Anamosa State Penitentiary.

At Caucus 102, the Buttigieg campaign trains its staffers in math. There’s homework, too.

School let out hours ago. But here at a local library in east Iowa, many parents have gathered for night class.

'I think socialism is a terrible idea': John Delaney still running for president to beat expectations

Former U.S. Rep. John Delaney, a moderate Democrat from Maryland running for president, is polling at 0% in Iowa. He hasn’t been on the debate stage since July.

Sen. Grassley proud of (and surprised by) grandson's ascent

U.S. Sen. Chuck Grassley served in the Iowa House of Representatives longer than his grandson has, but the younger Grassley has accumulated more titles at the Statehouse.

Gov. Kim Reynolds called Tuesday on state lawmakers to take the first bold step into a new decade by enacting a multipronged plan to invest in Iowa with tax-policy changes.

DES MOINES, Iowa (AP) — An unusually heated clash of rivals for the Democratic presidential nomination could be the hallmark of Tuesday night’…

Iowa Gov. Kim Reynolds share a light moment with Speaker of the House Linda Upmeyer after Reynolds delivered her Condition of the State address in January 2018.

Iowa Speaker of the House Linda Upmeyer speaks at a campaign stop for Gov. Kim Reynolds and other Republican state candidates in 2018 at Patriot Wings Bar and Grill in Clear Lake.