Here are today's top stories, celebrity birthdays and a look back at this date in history:

US to reopen land borders in November for fully vaccinated

WASHINGTON (AP) — The U.S. will reopen its land borders to nonessential travel next month, ending a 19-month freeze due to the COVID-19 pandemic as the country moves to require all international visitors to be vaccinated against the coronavirus.

Vehicle, rail and ferry travel between the U.S. and Canada and Mexico has been largely restricted to essential travel, such as trade, since the earliest days of the pandemic.

The new rules, announced Wednesday, will allow fully vaccinated foreign nationals to enter the U.S. regardless of the reason for travel starting in early November, when a similar easing of restrictions is set to kick in for air travel into the country. By mid-January, even essential travelers seeking to enter the U.S., like truck drivers, will need to be fully vaccinated.

Capt. Kirk's William Shatner on cusp of blasting into space

Best known for his role as Captain Kirk, the 90-year-old Shatner joined three other passengers for the planned launch from West Texas.

Bezos’ space travel company, Blue Origin, invited Shatner on the brief jaunt to the fringes of the final frontier, which will make him the oldest person in space.

ATLANTA (AP) — Freddie Freeman and the Atlanta Braves will get another chance to finish the job they came agonizingly close to achieving a year ago.

It doesn’t matter at all that they had fewer wins than any other playoff team.

Freeman hit an improbable, tiebreaking homer off Milwaukee closer Josh Hader with two outs in the eighth inning and the Braves advanced to the NL Championship Series for the second year in a row, finishing off the Brewers 5-4 on Tuesday night.

In the American League, the Houston Astros are going to the ALCS for the fifth straight year. Their October-tested stars led the way.

Click on the links below for full version of today's top stories. Keep scrolling for a look back at this day in history and today's celebrity birthdays:

Border residents rejoice as US says it will lift travel ban

SAN DIEGO (AP) — Beleaguered business owners and families separated by COVID-19 restrictions rejoiced Wednesday after the U.S. said it will reopen its land borders to nonessential travel next month, ending a 19-month freeze.

WASHINGTON (AP) — Progressive leaders in Congress are warning colleagues against a “false choice” over what to keep or cut as Democrats scale back President Joe Biden's now-$2 trillion package of social services and climate change strategies.

WASHINGTON (AP) — President Joe Biden tried to reassure Americans on Wednesday that he can tame high inflation, announcing a deal to expand operations at the Port of Los Angeles as prices keep climbing and container ships wait to dock in a traffic jam threatening the U.S. economy and holiday shopping.

It wasn't clear if the determination might lead to additional charges against Brian Laundrie, who is considered a person of interest in her disappearance and remains unaccounted for.

WASHINGTON (AP) — The House has approved a short-term increase to the nation's debt limit, ensuring the federal government can continue fully paying its bills into December and temporarily averting an unprecedented default that would have decimated the economy.

WASHINGTON (AP) — For the first time, the Food and Drug Administration on Tuesday authorized an electronic cigarette, saying the vaping device from R.J. Reynolds can help smokers cut back on conventional cigarettes.

Kyrie Irving skips COVID jab and benches himself - for now

It’s hard to know where Kyrie Irving is getting his vaccination information. Hope it’s not the same sources that had him convinced for a while…

ATLANTA (AP) — Freddie Freeman and the Atlanta Braves will get another chance to finish the job they came agonizingly close to achieving a year ago.

Altuve, Astros going back to ALCS after routing White Sox

CHICAGO (AP) — It was Jose Altuve, Carlos Correa and Alex Bregman once again.

IMAGE OF THE DAY

In 2010, rescuers in Chile using a missile-like escape capsule pulled 33 men one by one to fresh air and freedom 69 days after they were trapp…

In 1960, Bill Mazeroski opens the bottom of the ninth with a home run off Ralph Terry of the New York Yankees to give the Pittsburgh Pirates t…

Millions of retirees on Social Security will get a 5.9% boost in benefits for 2022, the biggest cost-of-living adjustment in 39 years.

U.S. health advisers said Thursday that some Americans who received Moderna's COVID-19 vaccine should get a half-dose booster to bolster protection against the virus.

It wasn't clear if the determination might lead to additional charges against Brian Laundrie, who is considered a person of interest in her disappearance and remains unaccounted for.

Police: Woman raped on Pennsylvania train as bystanders did nothing

A woman was raped by a stranger on a Philadelphia area train in the presence of other riders who a police official said "should have done something."

Advice shifting on aspirin use for preventing heart attacks

An Indiana family of four says it was mistakenly given COVID-19 vaccines instead of flu shots at a Walgreens, according to an attorney and local reports.

Merck has asked U.S. regulators to authorize its pill against COVID-19 in what would add a new and easy-to-use weapon to the world's arsenal against the pandemic. 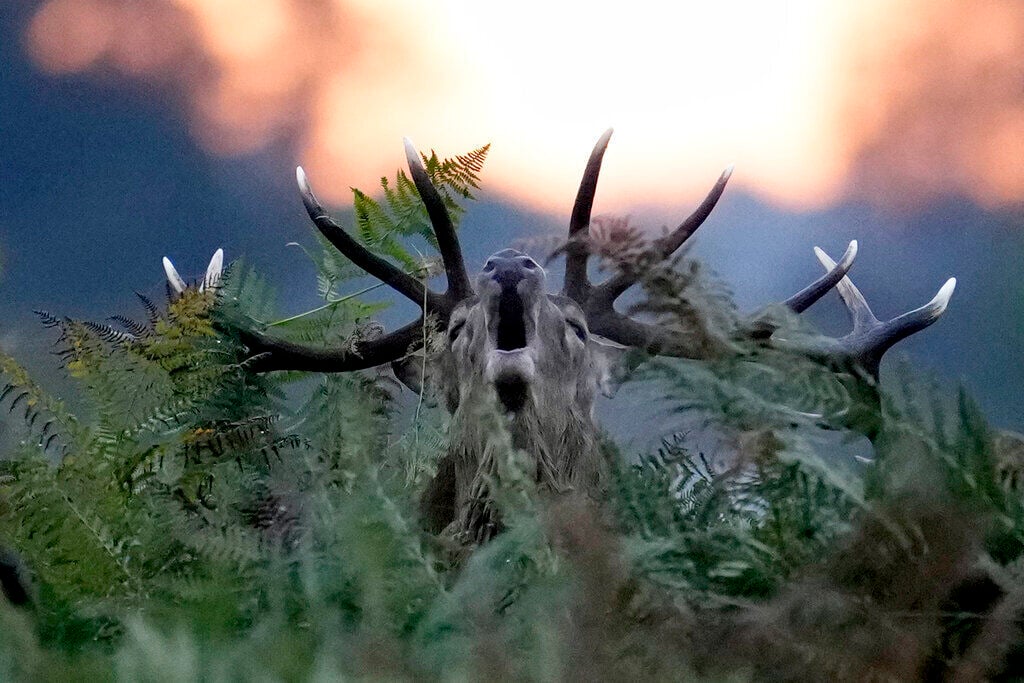 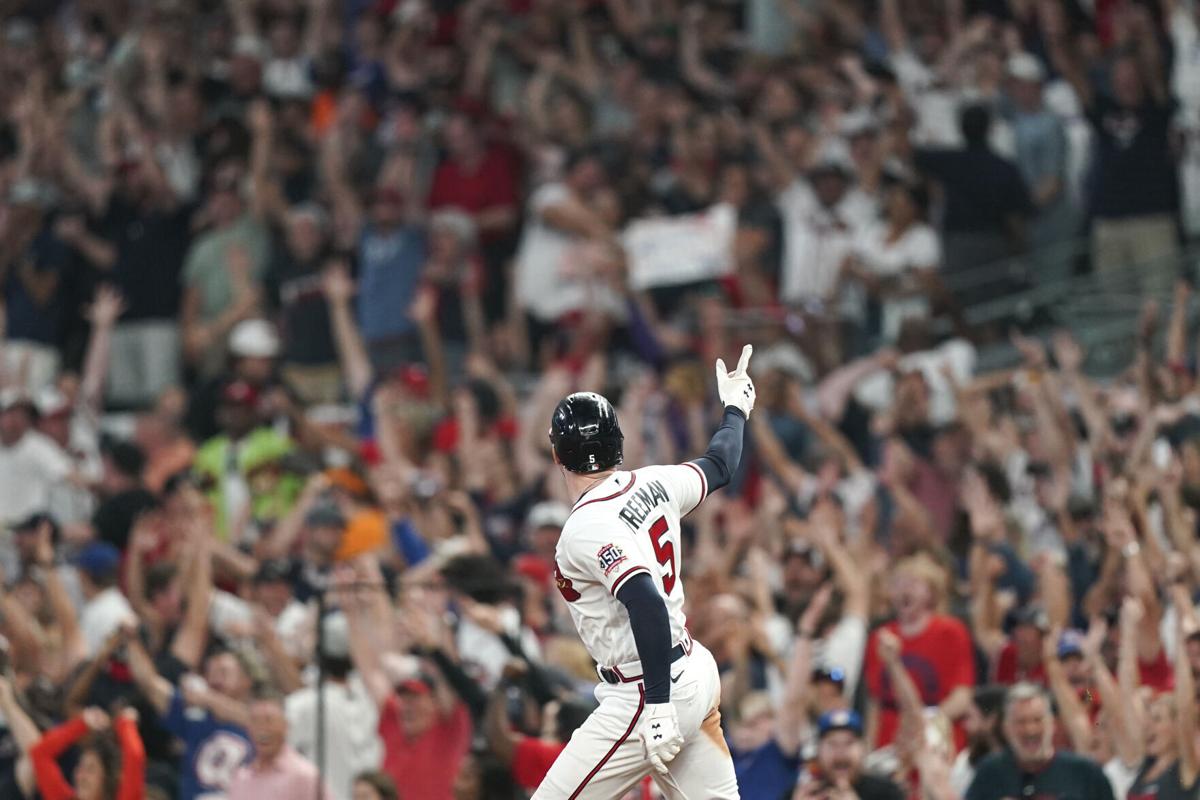 Atlanta Braves' Freddie Freeman (5) celebrates his solo homerun during the eighth inning of Game 4 of a baseball National League Division Series against the Milwaukee Brewers, Tuesday, Oct. 12, 2021, in Atlanta.

FILE - In this Friday June 15, 2012 file photo, Motorists make their way to Ambassador Bridge connecting Canada to the United States in Windsor, Ontario.