These non-virus headlines are in the news this morning: Hurricane Sally is packing winds of 100 mph as it closes in on the Florida Panhandle this morning; relief from the smoky air caused by the West Coast wildfires won't come until later in the week; and President Trump will preside over historic Arab-Israel recognition deals today.

Read on for these stories, other top headlines, celebrity birthdays and more.

Plodding and powerful, Sally moves in on Gulf Coast

Hurricane Sally, a plodding but powerful storm with winds of 100 mph, crept toward the northern Gulf Coast early Tuesday, with forecasters warning of potentially deadly storm surges, flash floods spurred by up to 2 feet (.61 meters) of rain and the possibility of tornadoes.

That eased fears in New Orleans, which once was in the storm's crosshairs. But it prompted Florida Gov. Ron DeSantis to declare an emergency in the Panhandle's westernmost counties, which were being pummeled by rain from Sally's outer bands early Tuesday. The threat of heavy rain and storm surge was exacerbated by the storm’s slow movement. Read the full story here:

Relief from putrid, dangerous air spewing from massive wildfires across the West won't come until later in the week or beyond, scientists and forecasters say, and the hazy and gunk-filled skies might stick around for even longer.

People in Oregon, Washington and parts of California were struggling under acrid yellowish-green smog — the worst, most unhealthy air on the planet according to some measurements. It seeped into homes and businesses, sneaked into cars through air conditioning vents and caused the closure of iconic locations such as Powell’s Books and the Oregon Zoo in Portland, the state's biggest city. Read the full story here:

WASHINGTON (AP) — President Donald Trump is set to preside over the signing of historic diplomatic deals between Israel and two Gulf Arab nations that could herald a dramatic shift in Middle East power dynamics and give him a boost ahead of the November election.

In a White House ceremony aimed at showcasing presidential statesmanship, Trump will host more than 700 guests Tuesday on the South Lawn to witness the sealing of the agreements between Israel, the United Arab Emirates and Bahrain. Trump and his allies hope the occasion will burnish Trump's credentials as a peacemaker at the height of his reelection campaign. Read the full story here:

Click on the links below for full versions of these stories and scroll further for trending stories, a look at today in history and celebrity birthdays.

Legal advocates line up on both sides of Bill Cosby's appeal

Democrats to probe whether officials meddled with virus data

Stars in Stanley Cup Final after being outscored and outshot

Relief in store for Pacific Northwest fires as the area may see some rainfall in the coming days. CNN meteorologist Pedram Javaheri has the details. Watch here:

18-year-old honored for pulling a mother, 3 children from burning car in Connecticut

Hundreds of thousands of migratory birds found dead in New Mexico. Nobody knows why

Lock of Abraham Lincoln's hair sells for more than $81,000 at auction

Image of the day

Top pics from the weekend: Football returns, and more

Here's a look back at sports happenings on this date in history, Sept. 15.

These 8 charts show you how, where COVID-19 is spreading right now

Updated daily: See for yourself how and where COVID-19 coronavirus is spreading, and how fast, in our county, state and nation.

Walmart to raise wages, paying staff up to $30 an hour

About 165,000 Walmart supercenter employees are about to get more pay — with more responsibility and some staff getting pay up to $30 an hour.

The top U.S. public health agency stirred confusion by taking down a website post that said the virus can remain suspended in the air and drift more than 6 feet as aerosolized particles. Plus: Q&A and a reliable guide to stay well.

U.S. health officials on Friday dropped a controversial piece of coronavirus guidance and said anyone who has been in close contact with an infected person should get tested.

A drug company said Friday that a medicine it sells to tamp down inflammation has helped prevent the need for breathing machines in hospitalized COVID-19 patients.

Gale Sayers, Bears Hall of Fame running back, dies at 77

Nicknamed "The Kansas Comet" and considered among the best open-field runners the game has ever seen, Sayers died Wednesday.

More than half of states reporting rise in virus cases as US nears 200,000 deaths. Here's the latest.

Morning virus update: The US is closing in on the somber milestone of 200,000 deaths; Europe is scrambling to contain rise; 8 charts track the numbers.

Your morning headlines: Trump cites ballots in refusal to commit to peaceful transfer; the Breonna Taylor aftermath; and more. Get caught up here.

Virus basics: What are the 3 types of COVID-19 tests, and 12 more of your questions answered

Plus: What are the rules on face masks in schools? Find answers to confusing questions here, and then take a quiz separating virus fact from fiction.

Trick-or-treating, costume masks, Halloween parties discouraged by CDC this year. Get the details. 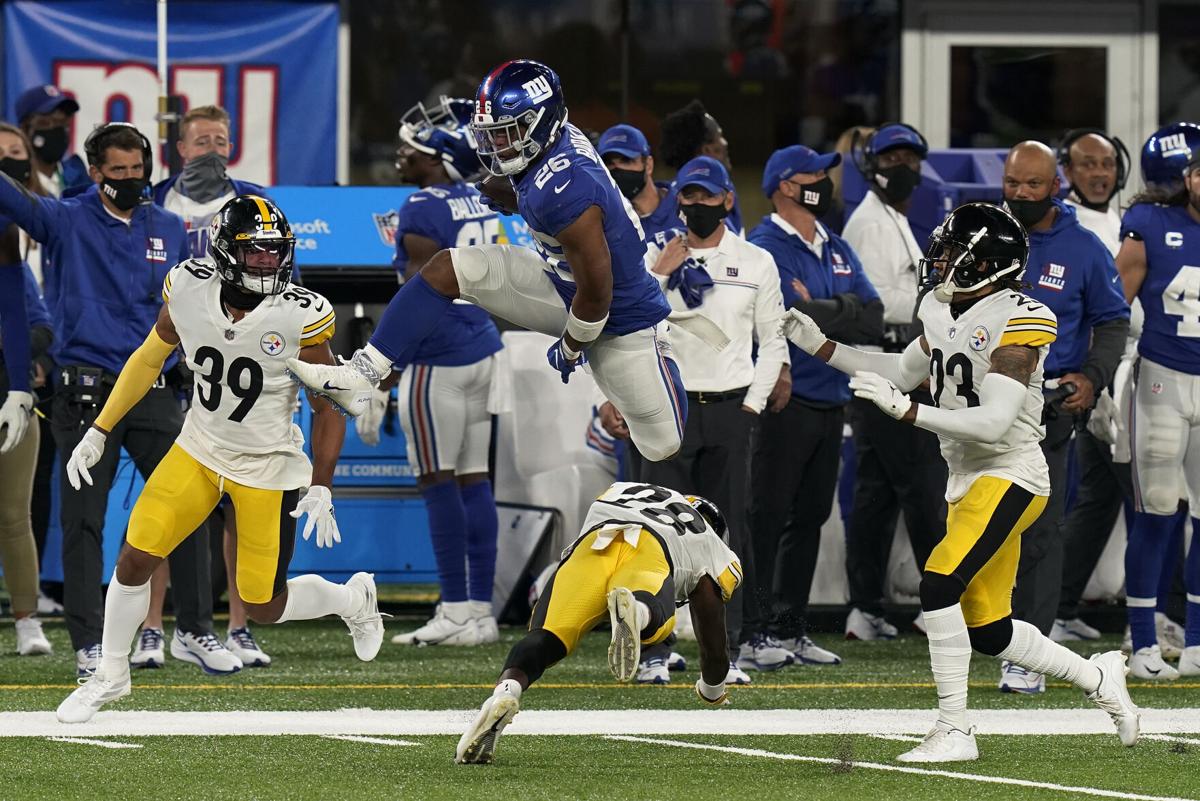 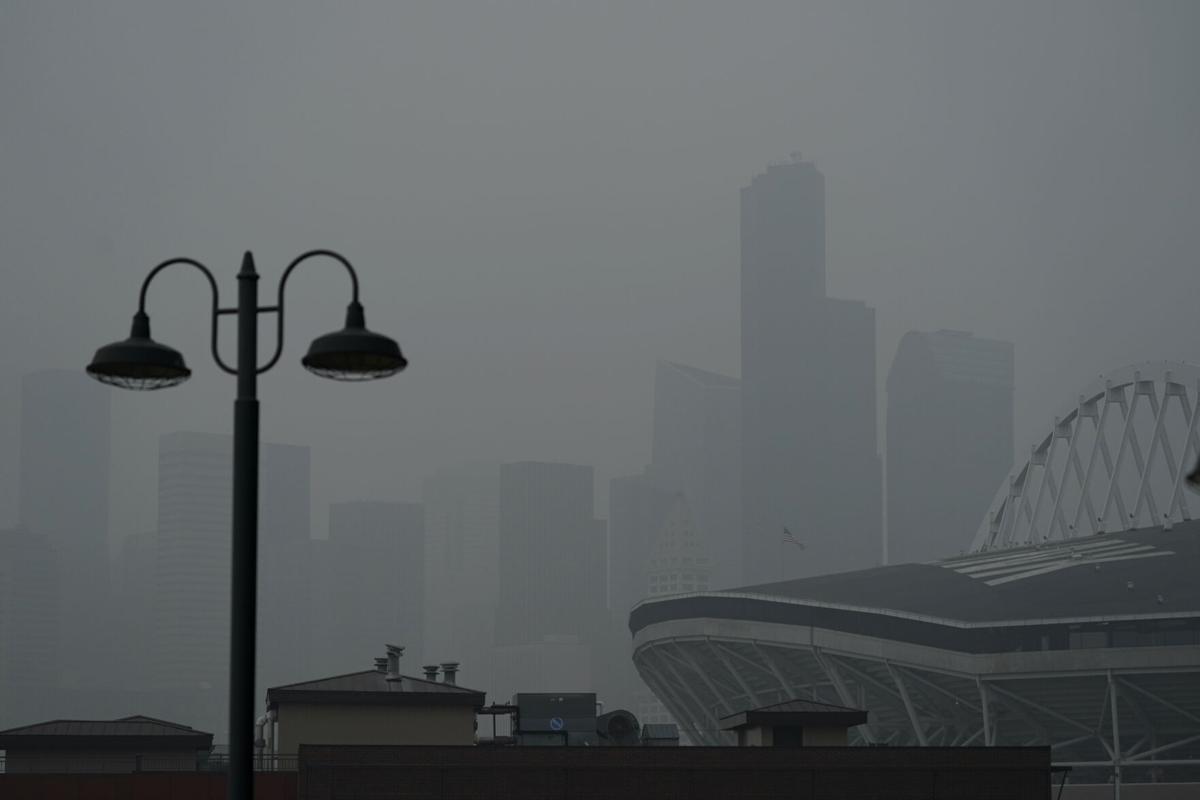 A U.S. flag flies near Smith Tower, center, and in front of the tower at Columbia Center in downtown Seattle as air thick with smoke from wildfires as seen over CenturyLink Field, right, Monday, Sept. 14, 2020, in Seattle. 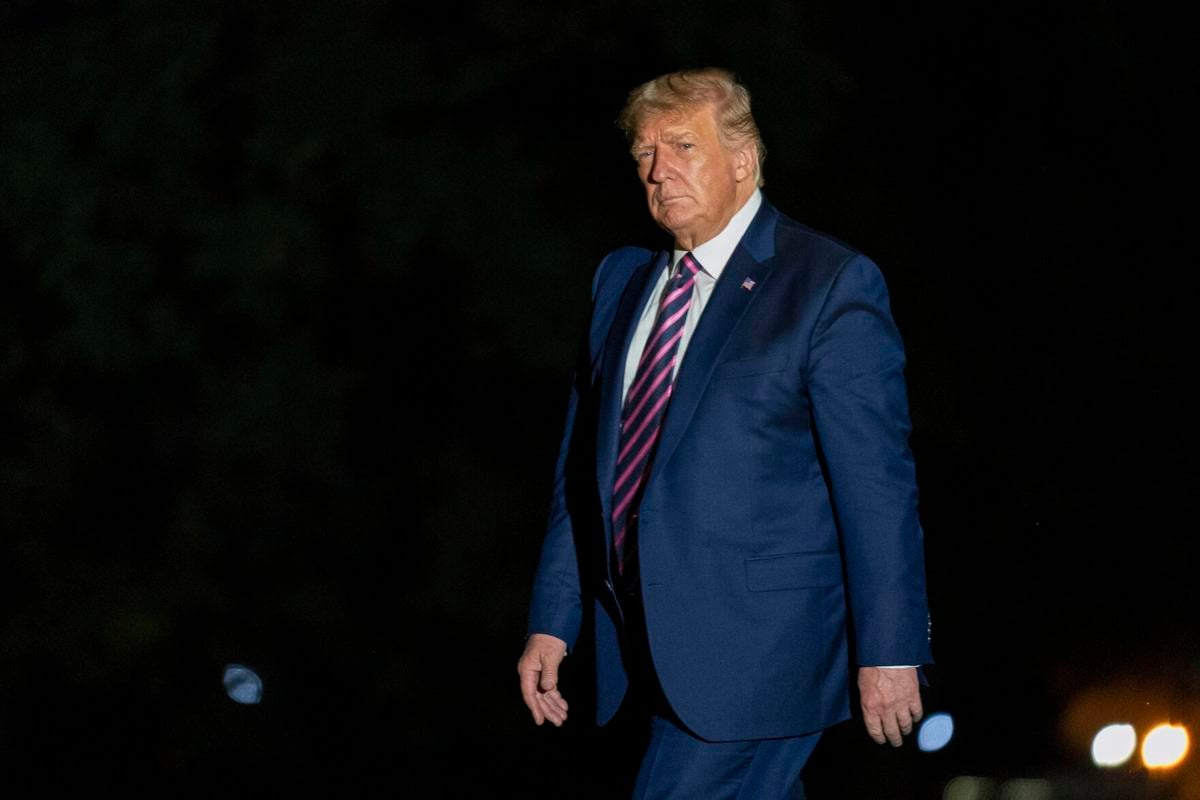 President Donald Trump walks on the South Lawn as he arrives at the White House, Monday, Sept. 14, 2020, in Washington from a trip to Phoenix. 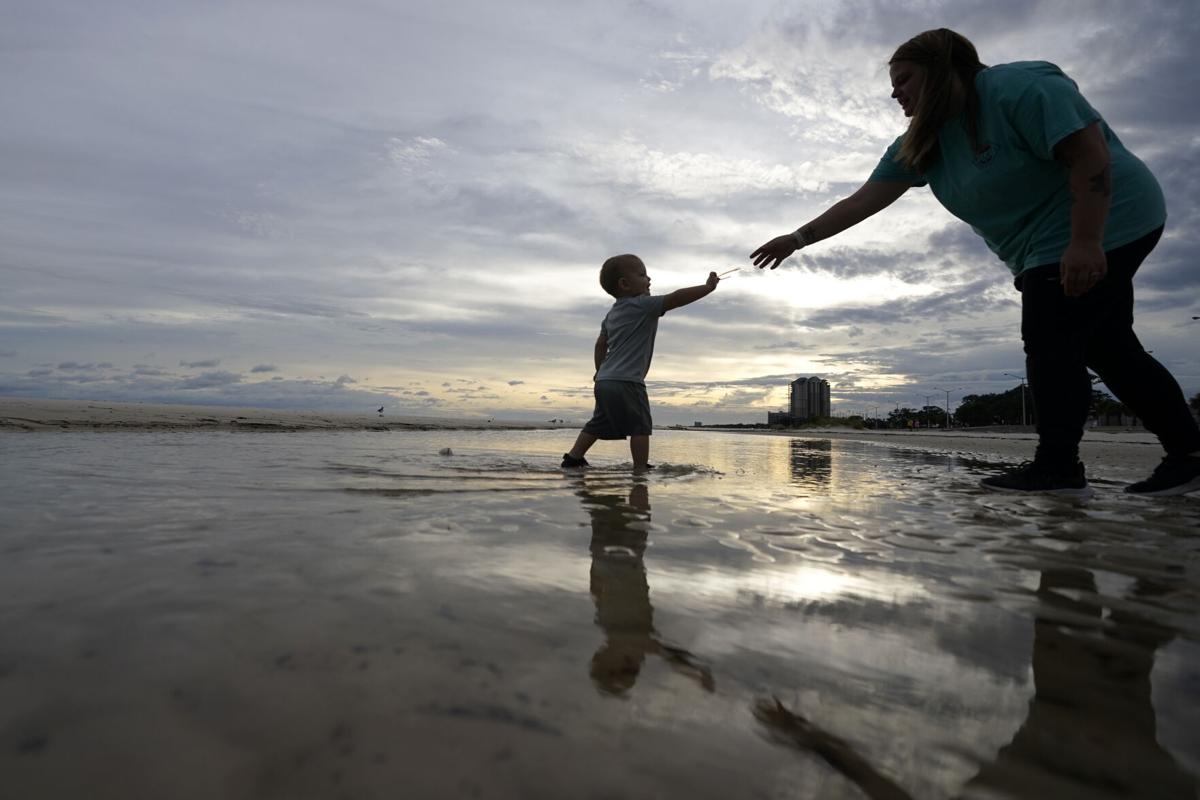 Nikita Pero of Gulfport, Miss., walks with her son Vinny Pero, 2, on the beach along the Gulf of Mexico in Biloxi, Miss., Monday, Sept. 14, 2020. Hurricane Sally is expected to make landfall along the Gulf Coast sometime through the night and morning.