For most American students, school lunch consists of bland, mass-produced, reheated meals that most would rather skip. But a small but growing number of school districts are upgrading their cafeteria menus with organic local, grass-fed meats and made-from-scratch recipes that defy the image …

CONCORD, Calif. (AP) — As the fine-dining chef at her high school served samples of his newest recipes, Anahi Nava Flores gave her critique of a baguette sandwich with Toscano salami, organic Monterey Jack, arugula and a scratch-made basil spread: "This pesto aioli is good!"

Classmate Kentaro Turner devoured a deli-style pastrami melt on sourdough and moved on to free-range chicken simmered in chipotle broth with Spanish-style rice. "Everything is delicious!"

These are not words typically uttered in school cafeterias.

The food served at the suburban San Francisco school system, Mount Diablo Unified, reflects a trend away from mass-produced, reheated meals. Its lunch menus are filled with California-grown fruits and vegetables, grass-fed meats and recipes that defy the stereotype of inedible school food.

Among American schoolchildren, these students are in the lucky minority. Making fresh meals requires significant investment and, in many areas, an overhaul of how school kitchens have operated for decades. Inflation and supply chain disruptions have only made it harder on school nutrition directors, widening gaps in access to affordable, high-quality food.

What's more, federal money to boost lunch budgets has declined. The government last year ended a pandemic-era program offering free school meals to everyone. A few states, such as California, have been paying to keep meals free for all students, but most states went back to charging all but the neediest kids for meals.

Increases in money from California's state government have made it possible for Mount Diablo to buy fresher local ingredients and hire the chef, Josh Gjersand, a veteran of Michelin-starred restaurants. Local farms, bakers, creameries and fishermen now supply most ingredients to the district, which serves 30,000 students from wealthy and low-income communities east of San Francisco.

"I love the idea of serving students better food," said Gjersand, who quit restaurants during the pandemic, when serving a wagyu-beef-and-caviar crowd lost its luster. "School cafeterias should feel like restaurants, and not fast food chains."

School systems elsewhere can only dream of such offerings.

"Financially, we are dying right now," said Patti Bilbrey, nutrition director for Arizona's Scottsdale Unified School District. It charges students $2.85 per lunch, but that no longer comes close to covering the district's cost.

A staff shortage makes it impossible to cook more food from scratch, she said. The school relies on mass-produced food that is delivered, then reheated. The pizza: "It's done; you just bake it." The spicy chicken sandwich: "You heat it and put it on a bun." The corn dogs: "You just have to wrap it," she said.

Some students give the food positive reviews. "I eat spicy chicken every day. That's my favorite," said Hunter Kimble, a sixth grader at Tonalea Middle School, where almost 80% of students still qualify for free or reduced-price meals.

Eighth grader Araceli Canales is more critical. The school serves an orange chicken that she says makes her cringe. "The meat is like a different color," she said. At a recent lunchtime, Araceli picked at a chicken Caesar salad, noting the croutons were bland and hard. "The chicken tastes OK, but I want them to cook it longer and add more seasoning." When the bell rang, she tossed most of her salad in the garbage.

Not many schools can afford gourmet offerings like Mount Diablo's, which also benefits from California's year-round growing season. But school menus in several places have improved in the past decade, with fresher ingredients and more ethnic dishes, said School Nutrition Association spokesperson Diane Pratt-Heavner.

The pandemic, however, created new obstacles.

In a national survey of 1,230 school nutrition directors, nearly all said the rising costs of food and supplies were their top challenges this year. More than 90% said they were facing supply chain and staffing shortages.

The survey by the nutrition association also found soaring levels of student lunch debt at schools that have returned to charging for meals. The association is urging Congress to resume free breakfast and lunch nationwide.

"This is the worst and fastest accumulation of debt I've seen in my 12 years in school nutrition," said Angela Richey, nutrition director for the Roseville and St Anthony-New Brighton school districts in Minnesota, which serve about 9,400 students. They don't turn away a hungry child, but this year's school meal debt has surpassed $90,000, growing at a rate of over $1,000 a day.

But that's only possible when schools have kitchens. A national shift away from school kitchens began in the 1980s, which ushered in an era of mass-produced, processed school food. Pre-made meals delivered by food service companies meant schools could do away with full-time cafeteria staff and kitchens.

"If you don't have a kitchen to chop things up, there's not much you can do with fresh vegetables," said Nina Ichikawa, executive director of the Berkeley Food Institute, part of a team evaluating a California farm-to-school incubator grant. She describes California's investments as undoing past damage.

In 2021, California committed to spending $650 million annually to supplement federal meal reimbursements — money for food, staff, new equipment and other upgrades. Additionally, hundreds of millions of dollars are available for kitchen infrastructure and for schools that cook from scratch and buy from California farmers.

In California's rural Modoc Unified School District, near the Oregon border, lunch menus reflect what the state is trying to change: a rotation of hot dogs, chicken nuggets, pizza, burgers. There are vegetables, as required by federal guidelines, but usually not fresh. "I try not to do canned veggies more than twice a week," said Jessica Boal, nutrition director for the district of 840 students.

The district's five schools lack functional kitchens, so her staff spends half the day unpacking deliveries of processed, pre-made food. But Boal is excited about change on the horizon. The district recently applied for state grants to put new kitchens in every school and bring in more produce.

At Mount Diablo High School, there are still hot dogs and hamburgers, but the meats are grass-fed.

"I haven't served a chicken nugget here in two years. And the kids don't miss it," said Dominic Machi, who has reimagined meals for the district since he became nutrition director five years ago.

Students at the school, 96% of whom belong to a racial or ethnic minority group, say the attention to quality food sends a message of respect.

The school is in a neighborhood of fast-food strip malls. But inside its walls, "this food makes me feel more important. It makes you feel good to not eat trash food," said Kahlanii Cravanas, 16.

Anahi Nava Flores, 17, said the meals instill a sense of self-worth. "When you go to a high-end restaurant, you go home feeling good about life. That's what this food does."

The best school district in every state

The best school district in every state

The Associated Press education team receives support from the Carnegie Corporation of New York. The AP is solely responsible for all content.

US officials propose new rules for school meals, including first limits on sugars. Here's what to know.

The proposal includes the first limits on added sugars, with a focus on sweetened foods such as cereals, yogurt, flavored milk and breakfast pastries.

For most American students, school lunch consists of bland, mass-produced, reheated meals that most would rather skip. But a small but growing…

Ukraine will fight for Bakhmut ‘as long as we can’: Zelenskyy

Ukraine will fight for Bakhmut ‘as long as we can’: Zelenskyy 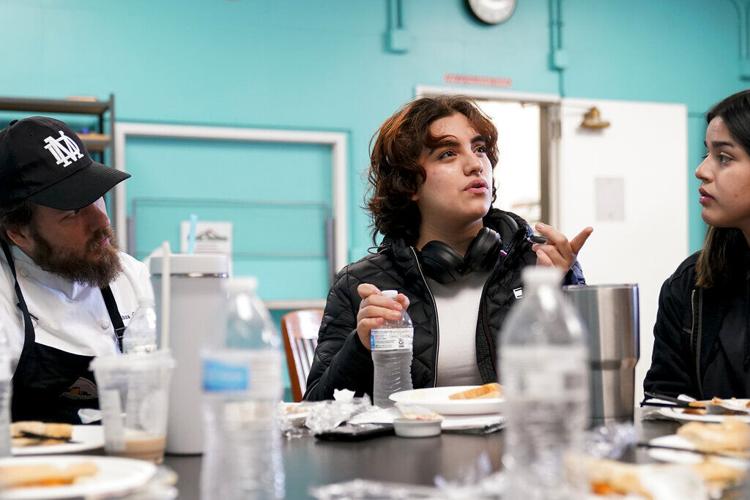 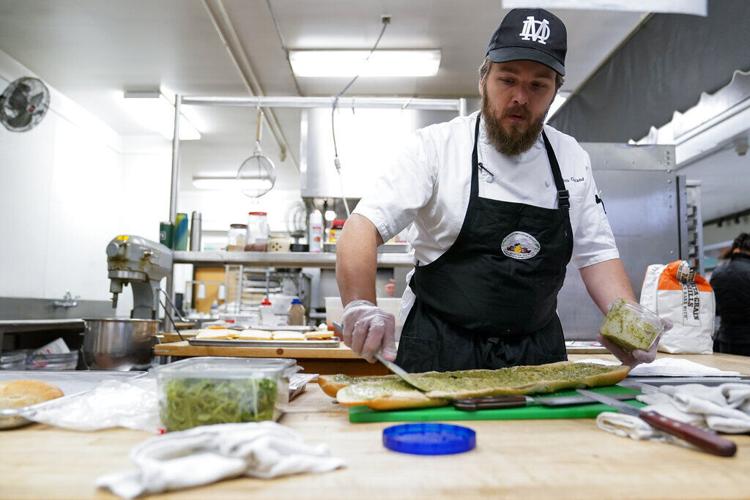 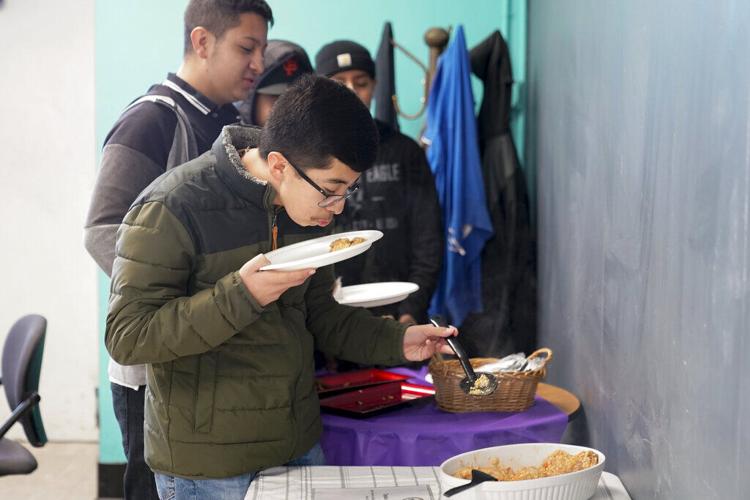 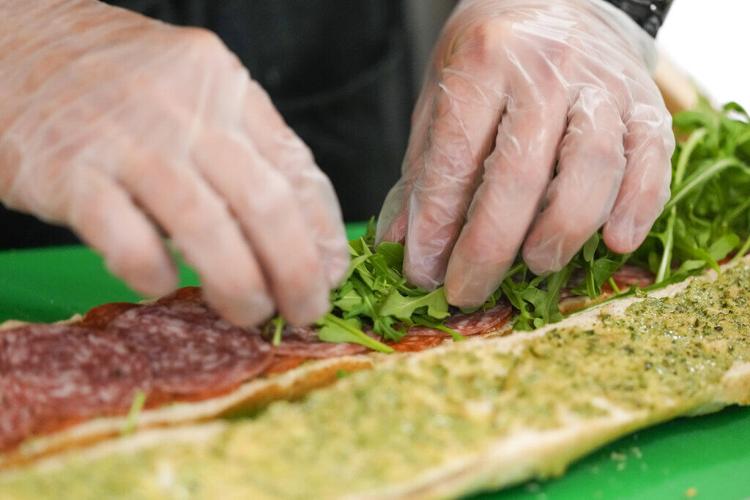 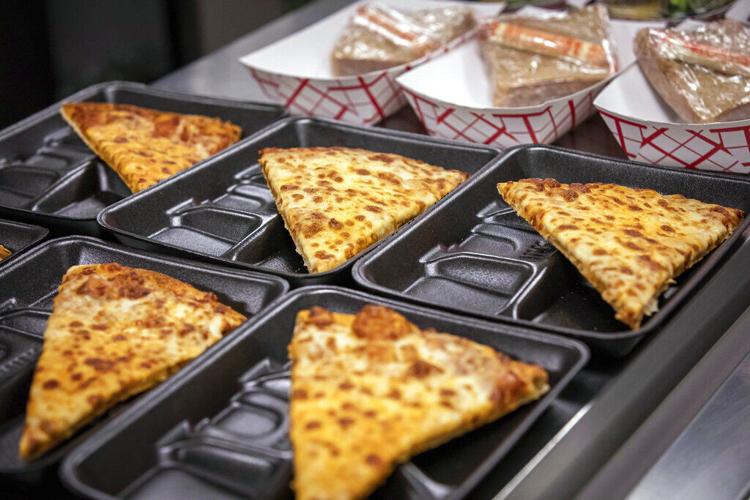 A sample of food items available during lunch break at Yavapai Elementary School in Scottsdale, Ariz., are seen, Dec. 12, 2022, including pizza and sandwiches. 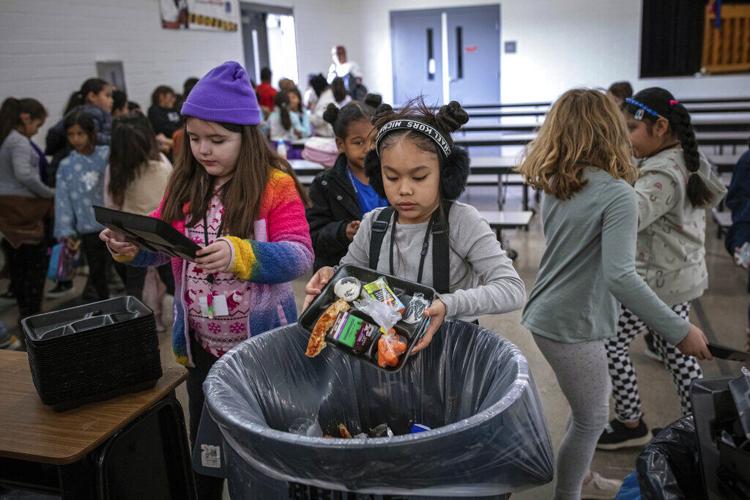 Students dispose of their unfinished food at the end of lunch break at Yavapai Elementary School in Scottsdale, Ariz., Dec. 12, 2022. Funding, labor and supply shortages have limited the school district's ability to cook and serve fresh food, making it more reliant on prepackaged, ready-to-eat items. 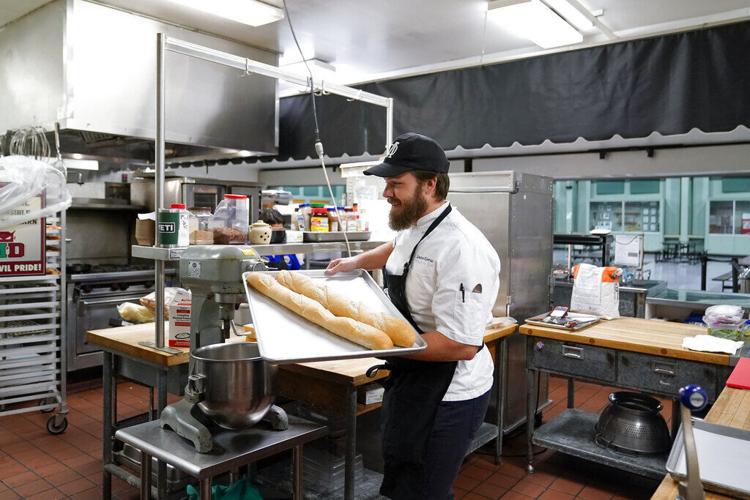 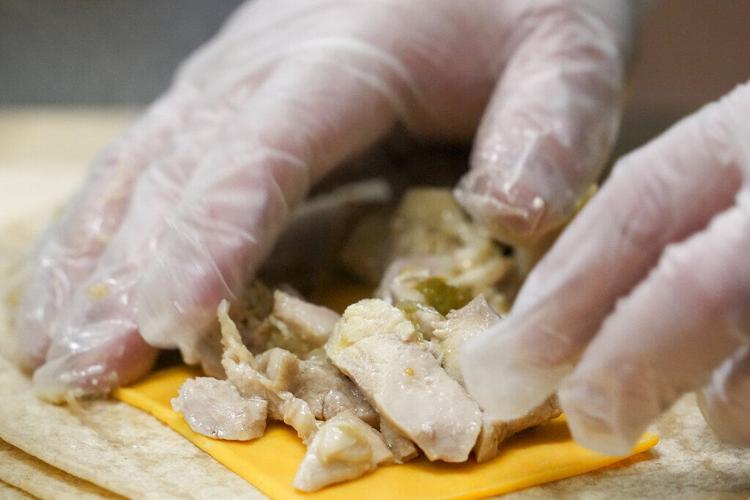