Once the COVID-19 pandemic is clearly, unequivocally over and a whole host of activities are more feasible again, kids in Mason City will have a new source of public entertainment.

According to Mason City Superintendent of Recreation Brian Pauly, the new offering from Kansas City company SplashTacular will replace a 17-year-old structure at the aquatic center and cost about $100,000. The initial plan was to simply repair what was there but Pauly said that became impractical once it was clear that refurbishing costs would run higher than a new purchase.

When asked by Fourth Ward Councilman John Jaszewski what the timeline for the project would be, Pauly said that the playground should be available for the 2021 season since there is no current activity at the center.

"The playground goes into the pool so, as long as the pool is closed, kids will not be able to use the playground," he said.

Side by Side: Clear Lake & Mason City aquatic projects

In early July, the city of Clear Lake had a ribbon-cutting ceremony for a new splash pad at its City Beach. On Tuesday, July 21, the Mason City Council approved plans to build a new playground at the local aquatic center. Here's how they compare:

Cost: The splash pad in Clear Lake was part of a second phase of an enhancement project that was listed at $1,087,000 in January. The Mason City playground will cost about $100,000.

Longevity: The Clear Lake splash pad replaced improvements from 2007 while the Mason City playground is taking the place of a 17-year-old piece of equipment.

Timeline: Peterson Construction had been working at the Clear Lake site since February after it was awarded the second phase of the project in January and the splash pad was premiered in July. The Mason City playground will be usable for the 2021 season as the aquatic center is currently closed because of COVID-19

On another waterfront, the council approved plans for utility rate increases after their third and final reading.

That finalization wasn't the only utility-related matter on the Tuesday night agenda for the council.

In a call back to an October 2019 meeting, approved plans to place solar panels at the Mason City Water Works facility. There had previously been plans to place panels there but, according to City Administrator Aaron Burnett, solar panel provider Blue Sky Solar wasn't interested in the site at the time.

Now though, the Mason City contractor will go ahead with putting panels at the building.

During discussions this past fall, there were plans to put panels out at the airport as well but Burnett said that that's not going to happen now.

"The airport process pretty much stalled out and died because the (federal) restrictions were so onerous," Burnett told At-Large Councilman Paul Adams. "It’s not impossible out there but the bureaucracy and hoops were too difficult."

When the city offered initial projections, both monetarily and in carbon emissions, officials said that panel installation at the multipurpose arena, the Mason City Municipal Airport and the waste-water treatment plant would translate to 2.4 million kilowatts of production and $2 million in savings over a 25-year term. Those figures will change as the sites have shifted.

Temperatures in Mason City may well be below freezing and the ongoing COVID-19 pandemic has shut so many operations down, but that hasn't stop…

On Monday night, nobody was going to take the ball out of Alex Gold’s hands.

A benefit for a Woden man severely injured in a crash last fall will take place this weekend.

Mason City Schools gave an update on the return-to-learn plans for this upcoming fall at Monday night's school board meeting.

The most recent public polling on the presidential race in Iowa show a close race in a state that Trump won in 2016 by nearly 10 percentage points.

But he may not serve another four years in the post if President Donald Trump is reelected, the former governor’s son said Wednesday.

The Florence Trap Shooting Range will open once more for public shooting next week, according to the Winnebago County Conservation Board.

A Northwest Iowa man was killed while working in a construction zone in Sioux County, when a driver struck the state employee.

President Donald Trump’s resumption of coronavirus briefings is “quite frankly, a breath of a fresh air,” according to Sen. Chuck Grassley.

ELKADER — On Tuesday, the DNR traced a fish kill in Clayton County to an agricultural cooperative, a press release from the DNR said.

Christopher Miller, who was raised in Iowa City and graduated from City High, has been nominated to be lead the National Counterterrorism Center.

Nearly half of Iowa’s 23 casinos are requiring guests to wear face masks while inside the casino.

A roundup of campaign news items of interest for Thursday, July 23, 2020:

Iowa’s three public universities expect to take a $53 million hit this budget year from tuition freezes and enrollment declines — and incur even more losses from cuts in state appropriations and research activity.

The Basic Birder is opening in Clear Lake 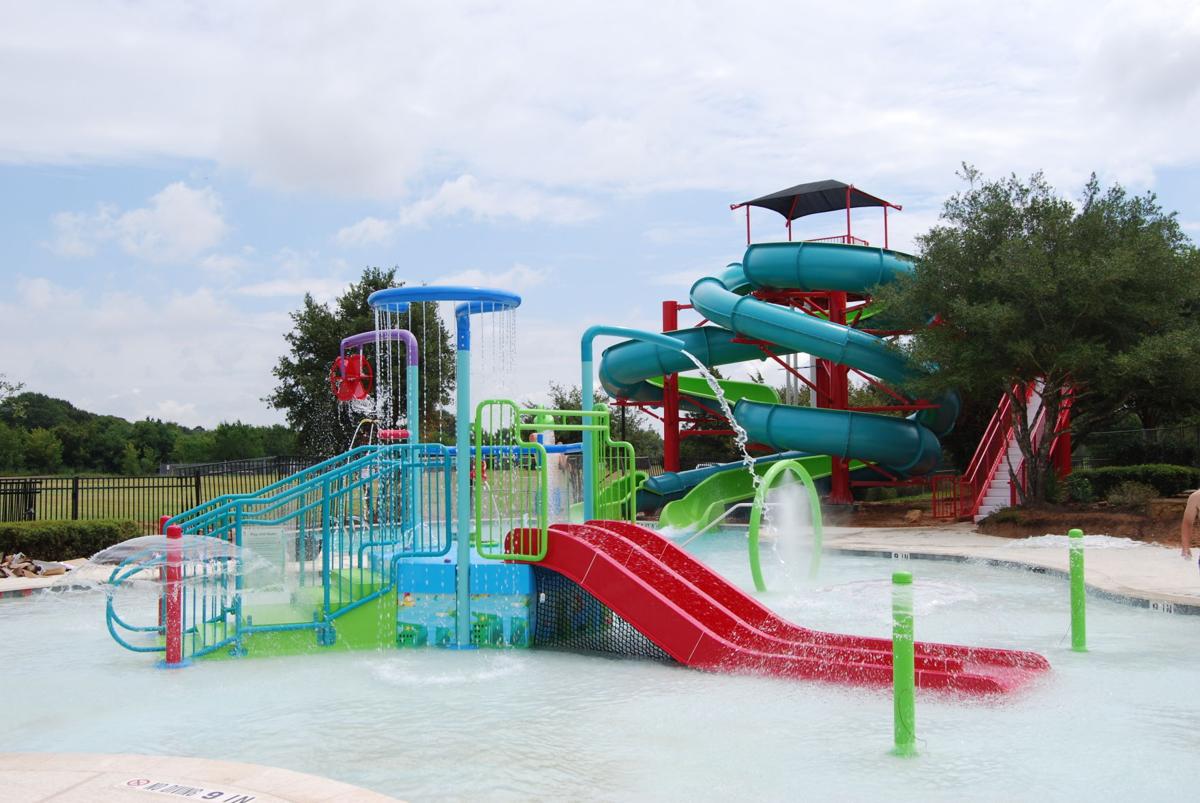 When the Mason City Aquatic Center is open again in the 2021 season, kids at the pool will have something new to play on. This water attraction is from SplashTacular, the same company that is working on a smaller-scale structure for Mason City.

The planned aquatic center playground shown in this image clipped from the Mason City proposal will cost the city about $100,000, and construction will occur before the 2021 season. 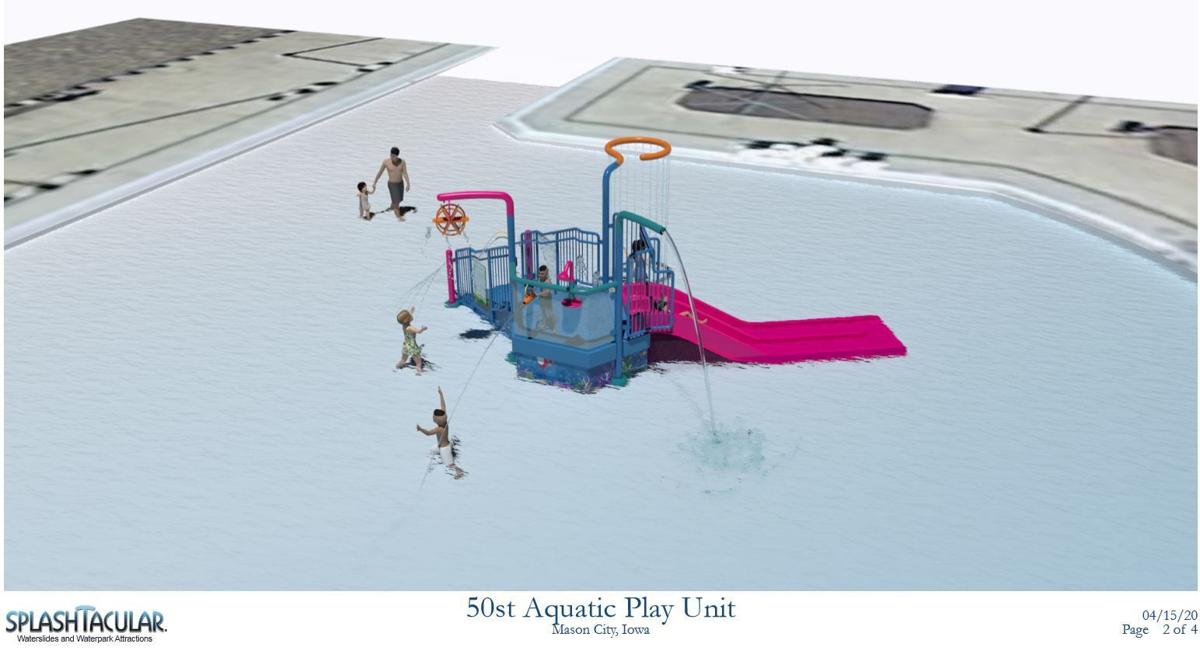 This aquatic center playground shown in this image clipped from the Mason City proposal is replacing a piece of equipment that has 17 years of wear on it.