The Mason City Police Department is asking for the public's help with locating a missing Mason City woman, according to a recent press release.

Jane Schreur, who is also known as Jane Mikkelson, age 31, was last seen in Mason City on May 22, 2019. She was possibly wearing jeans, a sweatshirt, and a gray hooded windbreaker. Schreur is described as a white female, approximately 5'7" tall, 170 pounds with green eyes, glasses and dark blonde hair, according to the press release.

On November 22, 2019, a relative reported that family hadn't seen or heard from Schreur for 6 months. The Mason City Police Department reports that because of her health history and the length of her absence, a missing person investigation was initiated November 22, 2019.

The Mason City Police Department says that leads have been exhausted, and now they request the public's help with information that may help to locate Schreur.

At this time, the circumstances of Schreur's disappearance are unknown. 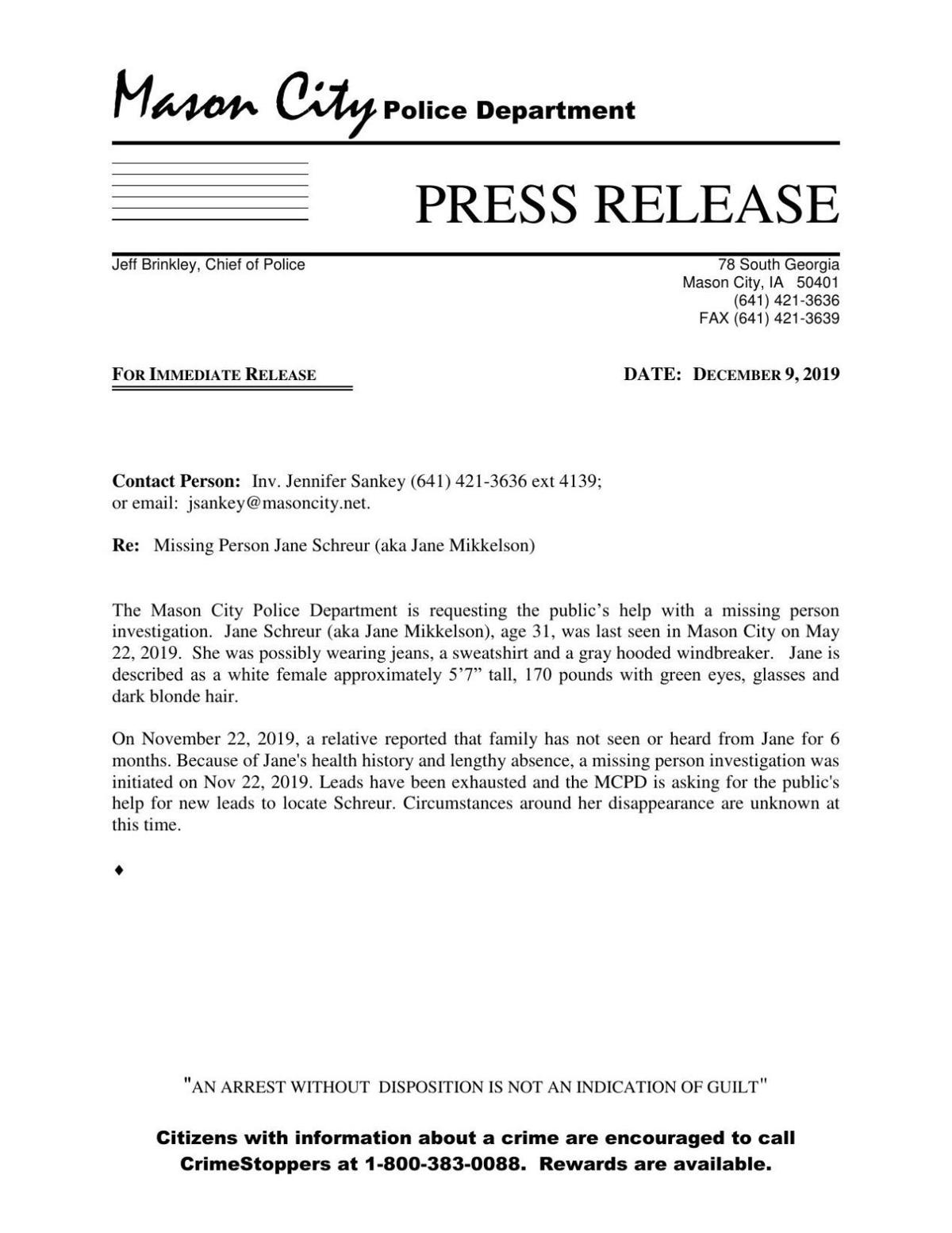 "This right here with all of you shows how much we loved her."

Ever used nunchucks to light matches?

Ever used nunchucks to light matches?

Air bear? Watch as a koala takes an impressive jump

Air bear? Watch as a koala takes an impressive jump

Jane Schreur, also known as jane Mikkelson, 31, was last seen May 22, 2019. MCPD encourages those with information about her disappearance or possible location to contact them. 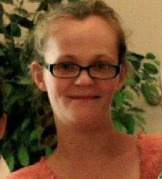 Jane Schreur, also known as Jane Mikkelson, 31, was last seen in Mason City on May 22, 2019. Anyone with information about her disappearance is asked to contact the Mason City Police Department.