It all started with Kaylee Ciavarelli's Grandma Dola.

Kaylee's mother, who works at the same Northwood nursing home where Grandma Dola lives, told Kaylee that her grandma had taken to complaining about another resident and how she was neglecting her "baby," and that it needed to be taken away.

Grandma Dola has dementia, a loss of judgment and memory that makes functioning in daily life difficult, and it was clear she thought the doll the other resident had was real, according to Kaylee's mom.

That's when Kaylee made it her mission to get her grandma a "baby" of her own.

There are not many studies that have been done on the efficacy of doll therapy on long-term care facility residents with Alzheimer's and dementia, according to a Kaiser Health News story. But some has shown it to reduce anxiety and the need for medication.

It is controversial in that some experts believe the use of dolls infantilizes the patients more than other therapies like music or art or puzzles that encourage critical thinking.

Patients become more communicative and are more likely to engage with others, according to a book written by Gary Mitchell, a nurse who has looked at the studies on doll therapy and who works with Alzheimer's patients on a daily basis. His book, "Doll Therapy in Dementia Care: Evidence and Practice," examines both sides of the issue.

Kaylee Ciavarelli wasn't thinking about the clinical aspects of her desire to find a life-like doll for her grandma. She just wanted to make her happy. So she got her a doll.

The transformation was immediate and beautiful.

Grandma Dola, who could become frustrated and anxious – a common effect of dementia – was more calm. Her mood changed.

"They feel like they have purpose again," Kaylee said.

And that got Kaylee thinking. If it worked for her Grandma Dola, who else would it work for?

'It just blew up'

Kaylee's mother has worked in nursing homes for most of Kaylee's life. As a result, she grew up in them.

"We used to go to the nursing home where Mom worked and we'd run around like we owned it," she said. "We'd talk to the residents, and play games with them."

The experience stuck with her, as did the importance of engaging with the elderly. So many residents spend day after day with no interaction beyond that of staff, Kaylee said.

So Kaylee started soliciting donations for dolls for other dementia and Alzheimer's residents. She created a Facebook page and named it after her grandma: Dola Dolls to Love through Dementia. Word spread.

"It just blew up," she said. That was three months ago.

So far, Kaylee has placed 50 Dola dolls in long-term care facilities not only all over Iowa, but beyond – like Kansas and Texas. She collects funds through her Venmo and Paypal accounts and posts the dolls she buys on the Facebook page, so donors know exactly what they purchased. The dolls cost about $65 a piece, are weighted exactly as a baby would be, and are soft to hold.

Dola Dolls to Love through Dementia takes donations through Venmo and Paypal.

On Paypal, send money to @colorqnkay

On Venmo, send it to @kayleeciavarelli

Don't have access to either of those applications? Email Kaylee Ciavarelli to arrange to donate at pinkybluestars@hotmail.com or visit her Facebook page, Dola Dolls to Love through Dementia.

"Another thing about dementia is that they forget about a lot of things, but they remember how to nurture," Kaylee said.

Michael Davis, administrator at the IOOF Home in Mason City, can attest to the success of Kaylee's efforts. One of her Dola dolls has taken up residence at the home.

"Whenever I see that baby in their lap, they turn caregiver," Davis said.

He said he's seen the doll de-escalate situations with an aggressive resident and calm one who is disoriented and uneasy. With dementia and Alzheimer's patients, it isn't always easy to spot a trigger.

"It can be somebody walking around the hallways that they catch a glimpse of that reminds them of someone they didn't like, and they become argumentative. Or it could be that housekeeping is in the area and the sounds of the vacuum give them anxiety," he said.

But when the doll comes around, everything else around the resident goes silent, Davis said. "The doll is amazing."

Kaylee's work on the dolls takes up every spare moment she has outside of working two jobs and being a hair stylist on the side.

It doesn't matter. She's applied to become a non-profit and is in the midst of putting donation jars out at local businesses.

Her next challenge is to find an item similar to her Dola dolls that she can put in the hands of male dementia patients. It's not that men are unable to nurture – several of her dolls have gone to men – it's just that she thinks there might be something better out there.

"It's become such a beautiful thing," she said. "It makes me feel so good to do it and it's something just so simple, so simple." 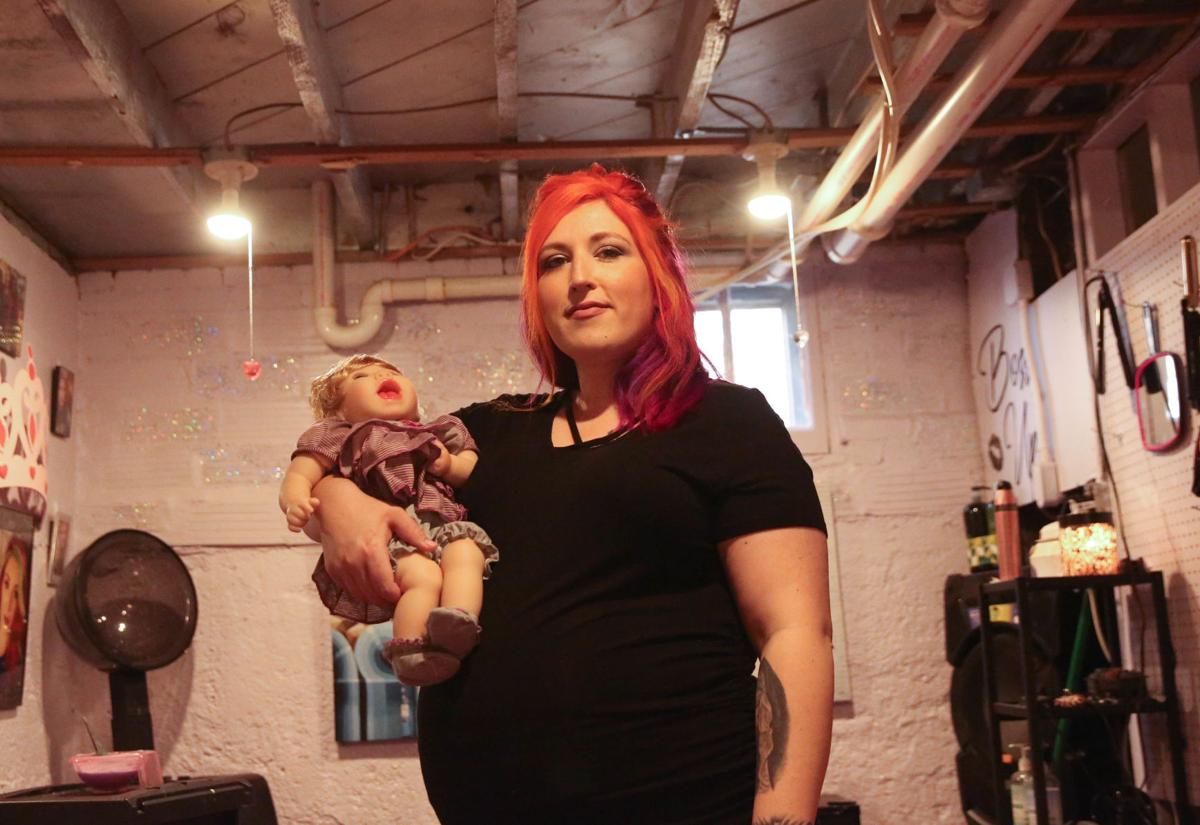 Kaylee Ciavarelli, founder of Dola Dolls to Love through Dementia, holds a doll to be donated. 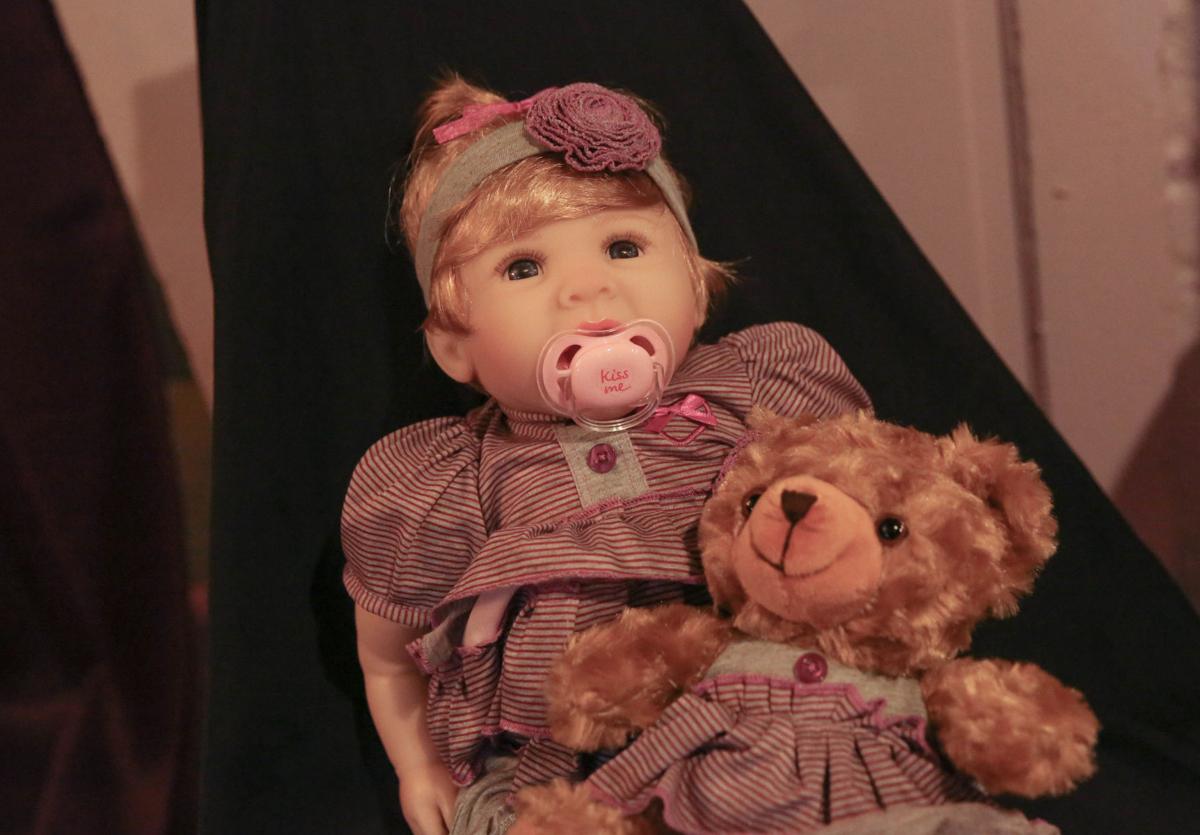 A weighted Dola Doll comes with clothes, accessories and a real diaper. 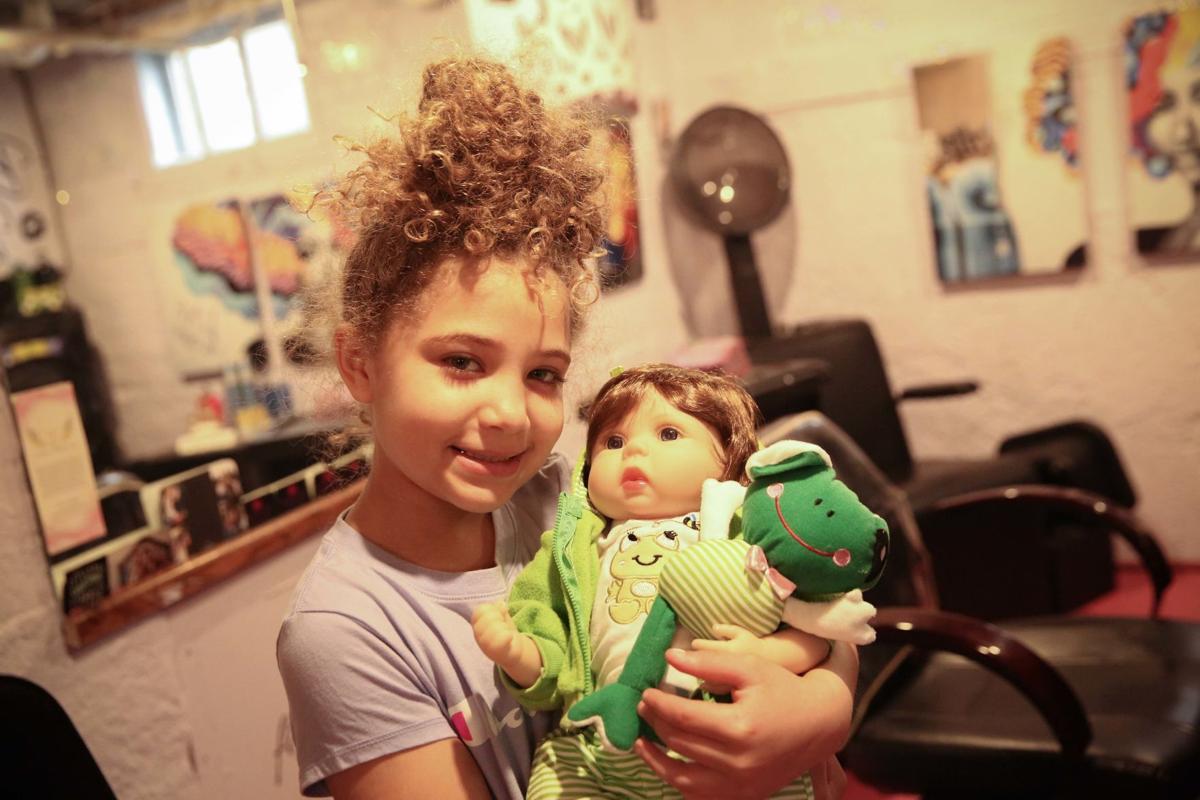 DaLaila, Kaylee Ciavarelli's daughter, holds a doll to be donated. 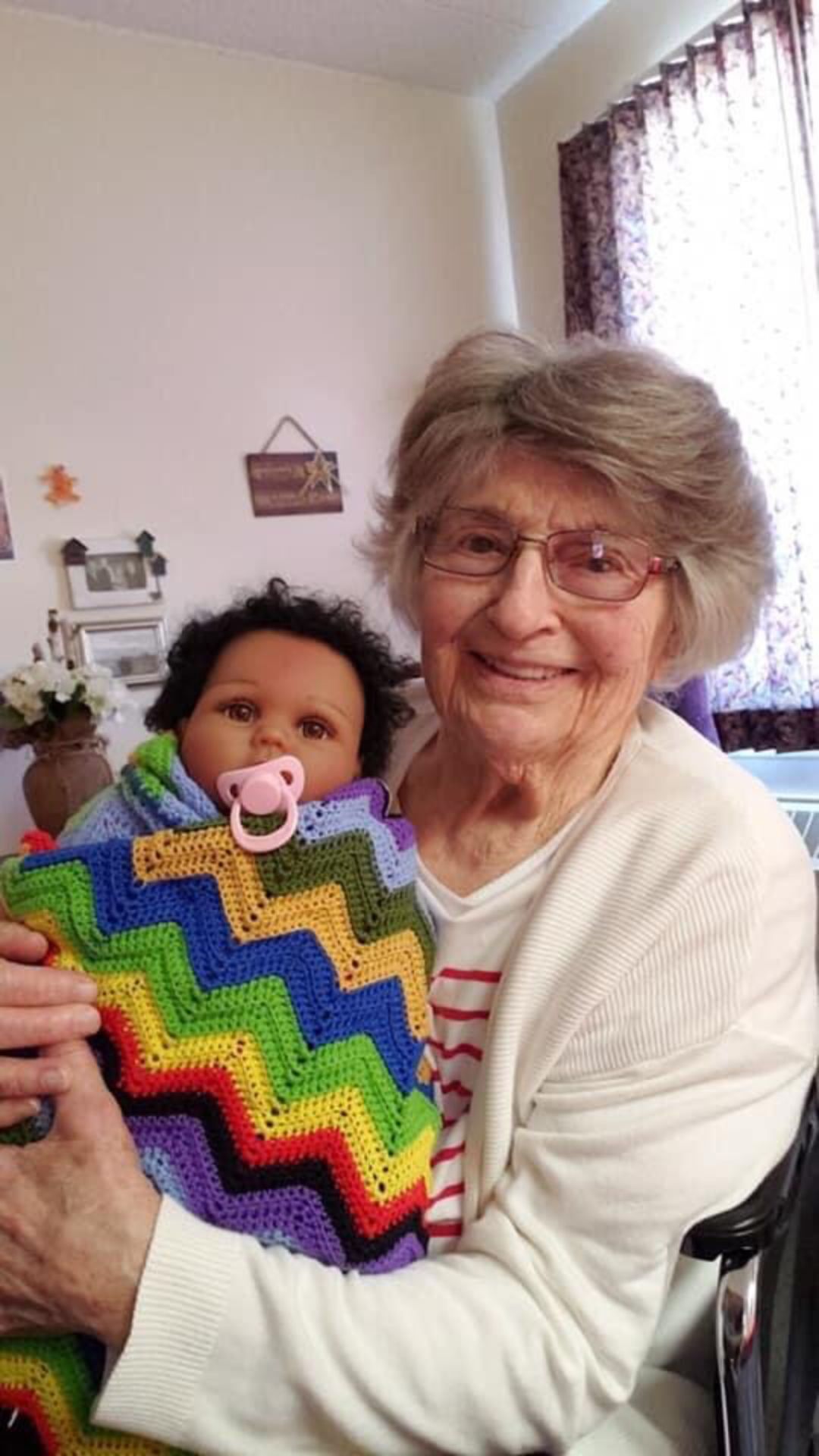 Grandma Dola holds her baby given to her by Kaylee Ciavarelli. Grandma Dola inspired Kaylee to gather donations and buy 'Dola dolls' for other nursing home residents with Alzheimer's and dementia.