Duck hunters can expect to see strong waterfowl numbers during the 2019 fall migration and hunting seasons, says the U.S. Fish & Wildlife Service in a report released earlier this week.

The assessment was based on data gathered during this year’s North American Breeding Duck and Habitat Survey. Conducted each year since 1955, the continent-wide annual waterfowl survey measures trends in duck breeding populations and monitors wetland (pond) indices across the northern U.S. as well as for large portions of prairie and boreal Canada.

Although combined totals for the top 10 surveyed duck species decreased slightly from 2018, individual populations for most ducks remains above the long term, 64-year average, says the Fish & Wildlife Service. Spring pond counts on Canada’s southern prairies were down during 2019 but showed increases across the grasslands of North Dakota, South Dakota and eastern Montana.

With the exception of scaup and pintails, all other surveyed duck species remain at or above the long-term, 64-year average.

So what does this year’s fall flight forecast mean to Iowa hunters? At this point in time, we’ll just have to wait and see. For those of us sitting smack in the middle of the Mississippi Flyway, there are always plenty of uncertainties. As is the case every year, the ultimate success of this fall’s duck season will largely depend on local wetland conditions, developing fall weather patterns and, of course, upon the migratory whims of the birds themselves.

Dig your way through a few fresh gopher mounds, and you’re likely to find just about everything but gophers. Discoveries may include napping t…

A hen mallard escorts her brood of 10 ducklings across a North Iowa wetland. Mallards, along with wood ducks and blue-winged teal, enjoyed good to excellent production across much of Iowa. 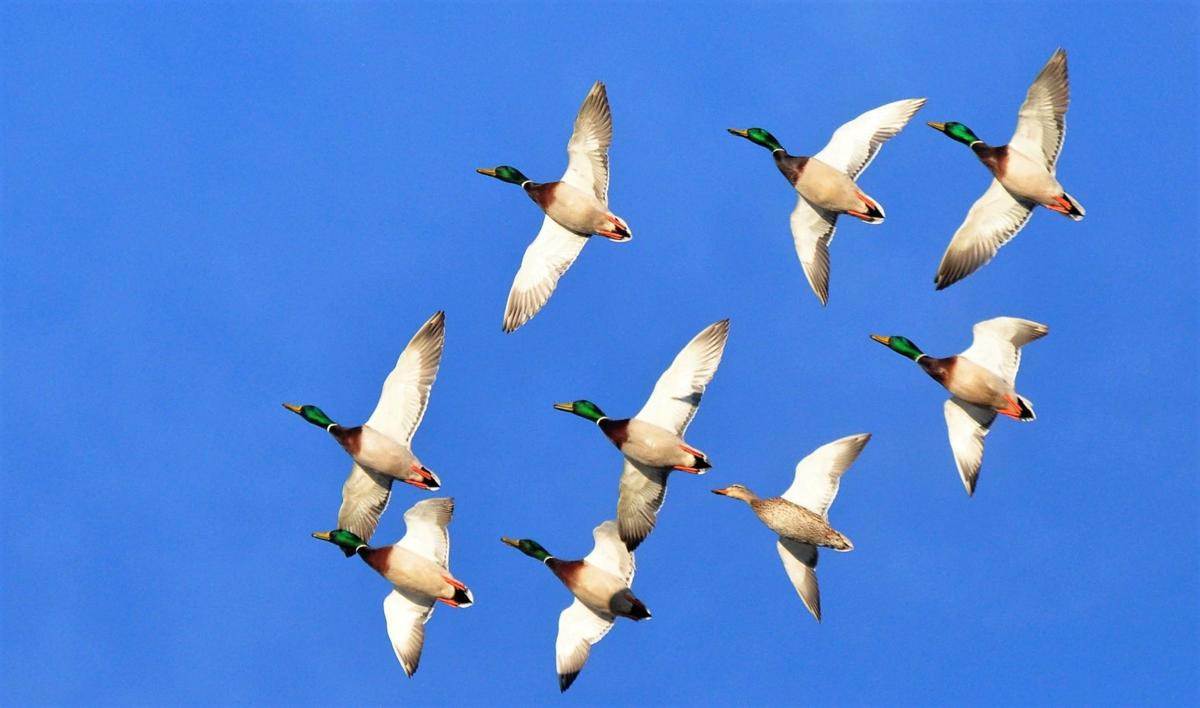 In a dazzling display of spring courtship, a flock of mallard ducks wings above a North Iowa wetland. Although spring wetland counts decreased across parts of prairie Canada during 2019, pond numbers showed significant gains across the Dakotas and eastern Montana where an above average number of nesting mallards were surveyed. Ample rainfall across northern Iowa allowed mallards, along with other waterfowl species, to enjoy excellent nesting success during 2019.