McINTIRE | Suppose you had an election and nobody showed up to vote.

That's what happened Tuesday in this Mitchell County community, population, 110. 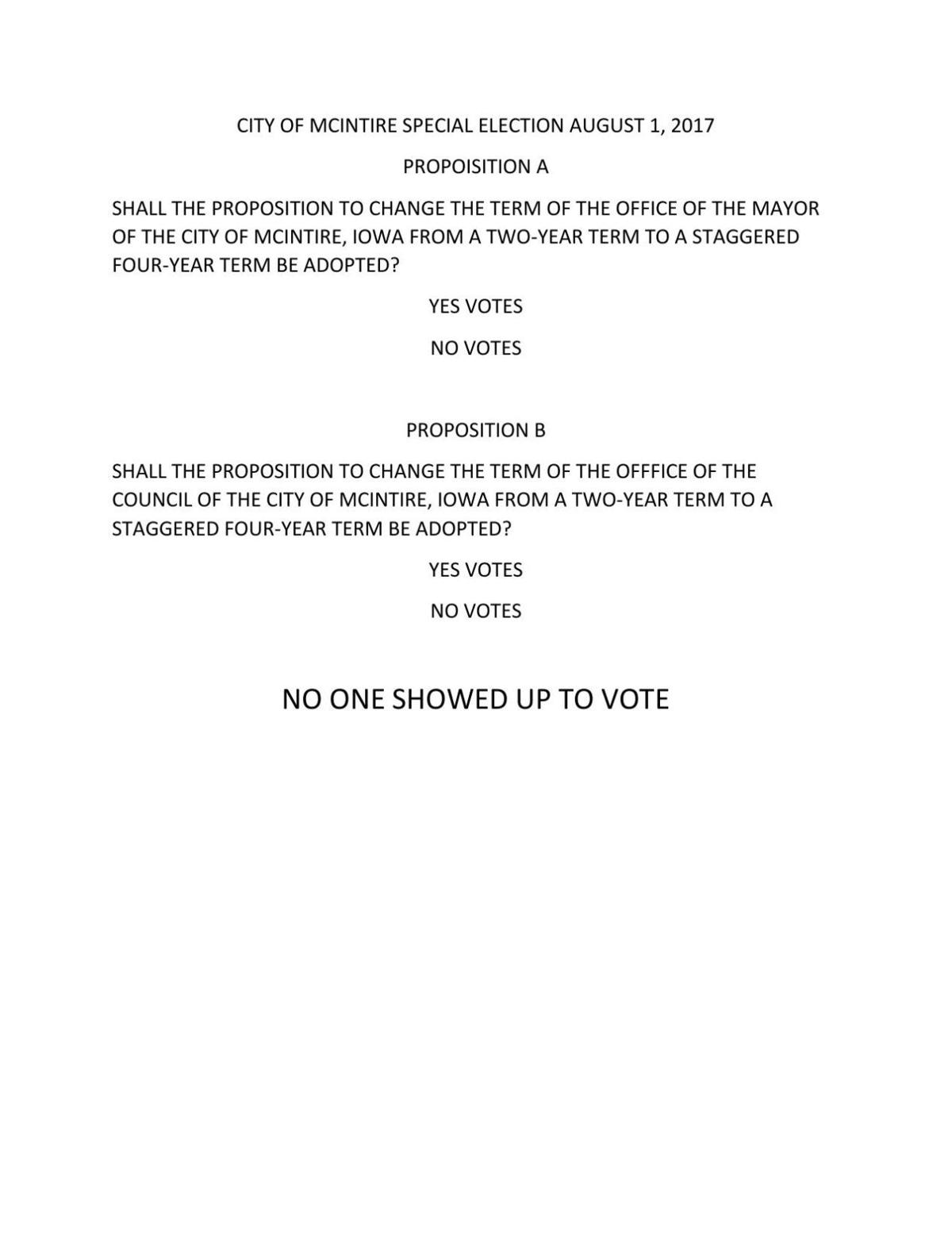 "Didn't even the poll workers vote?," Deputy Auditor Barbara Baldwin was asked. "None of the three poll workers live in McIntire," she said, "so they couldn't vote. We had to get them from Riceville.

"I've been with the auditor's office for 28 years and we've had low voter turnouts in the past, but nothing like this," Baldwin said with a laugh. "This is definitely a first."

There are 70 registered voters in McIntire.

Baldwin said the poll workers stayed on the job for nine hours. Election costs, including paying for the ballots and publication of legal notices, could reach $500.

Meanwhile, the terms of the mayor and council members will remain two years; the vote was unanimous in its own way.

Even the most humble of rehabbing dreams require money, and Fabian was thinking big.

A Mason City woman is being held at the Cerro Gordo County Jail after an eight-month investigation led to felony drug charges against her.

Karen Byrne is looking for people who had relatives who lived on Sugar Beet Row in Mason City from 1930-1935.

An upcoming fundraiser will be held in Plymouth to support the family.

A protective order has been issued and a continuance granted to a Chicago man accused of killing another man near Federal Plaza earlier this month.

A Clear Lake, Iowa, native is serving aboard USS Nebraska, one of the world’s most advanced nuclear-powered submarines.