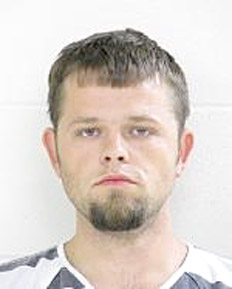 CLEAR LAKE - Two Wisconsin men were arrested on felony drug charges after being pulled over for a traffic violation on Interstate 35 Tuesday morning.

Ryan Joseph Lee, 25, Chippewa Falls, and Michael Allen Jensen, 26, New Richmond, were charged with possession with intent to deliver marijuana and failure to affix drug tax stamp, both class D felonies,  according to a news release from the Cerro Gordo County Sheriff's Department.

They were also charged with possession of drug paraphernalia, a simple misdemeano.

Around 12:15 a.m. Tuesday, a Cerro Gordo County deputy stopped the two men's vehicle for a traffic violation at mile marker 192 on northbound Interstate 35.

After further investigation Lee and Jensen were arrested for illegal controlled substance violations.

During the investigation, approximately 2.5 pounds of medical grade marijuana and $18,700 in cash were seized from the vehicle, according to the news release.

The investigation also revealed the likely source of the marijuana and other items seized were from a medical marijuana outlet in Colorado.

Both men are being held in the Cerro Gordo County Jail on $10,000 bond.

Clear Lake man accused of trying to run woman over

A Clear Lake man is facing up to 10 years in prison after allegedly accelerating his vehicle rapidly at a woman twice last month.

The Mason City Airport Commission voted 3-0 to approve a bid for more than $12.7 million to Dean Snyder Construction of Clear Lake to construc…

Watch Now: Mandy Gilbert of Johnston speaks on a challenge to books in the school district