Tuberculosis, a bacterial infection commonly thought to be an illness of the past, has been detected in Franklin County.

On Monday, the Hampton-Dumont school district issued a notice on its website that a student who was later diagnosed as having TB was in the high school.

TB is an airborne pathogen transmitted through coughing, talking and sneezing. Individuals stricken with the illness will most likely experience a cough that lasts three weeks or longer, pain in the chest and cough up sputum or blood. A fever can also be present.

The illness is treated with antibiotics. A vaccine for TB is generally not recommended.

Franklin County Public Health will work with the Iowa Department of Public Health to set up a clinic to perform blood tests, Roberts said, but no official date has been set yet.

TB testing and treatment is free through the Iowa Department of Public Health. A representative of the Iowa DPH declined comment on the clinic on Tuesday afternoon.

Franklin County has had only one other documented case of TB between 2008-2017, according to state health records. Over the same time frame, Iowa has averaged about 46 cases of TB annually, down markedly from the 600-700 diagnosed in the 1930s and 1940s, according to the Iowa DPH. 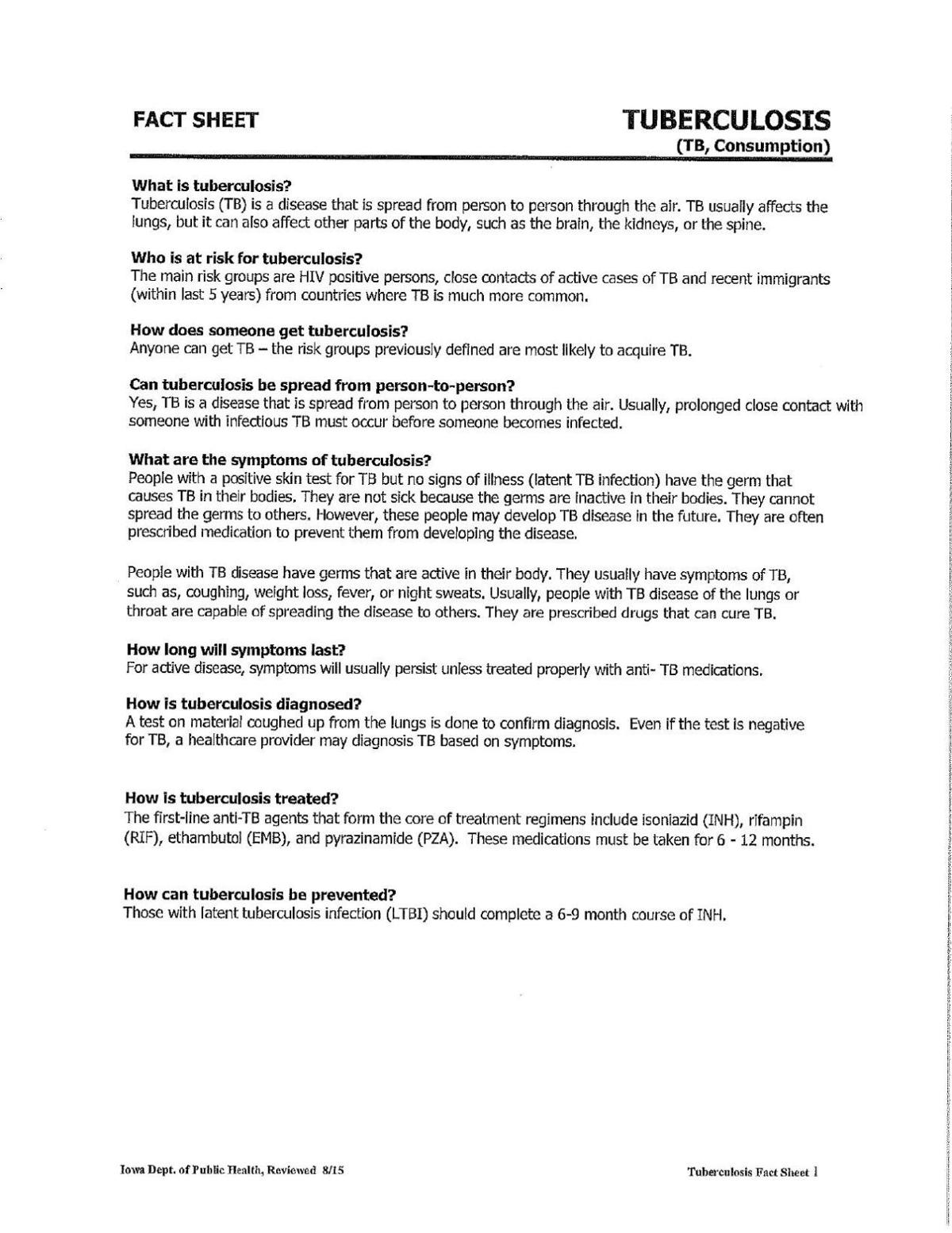 ‘Tis the season for holiday gatherings, shopping and additional time indoors due to cold, snowy weather.

Christmas came early for Iowa farmers, manufacturers and others with Tuesday’s announcement that U.S. House Democrats have agreed with the Trump administration to an updated version of the U.S.-Mexico-Canada trade agreement.

A state senator representing the Cedar Valley has thrown his endorsement behind the top-polling Democratic presidential candidate in Iowa.

A former lumberyard in downtown Northwood is getting new life.