A longtime music tradition that showcases local and regional musicians is returning to downtown Mason City this weekend.

The 81st annual North Iowa Band Festival is a five-day event that runs from Thursday to Monday and honors Meredith Willson, a Mason City native, who is best known for his songwriting of the popular Broadway musical “The Music Man” and instilling a rich musical heritage in the city. He died in 1984.

The festival, which has a “Forward March” theme this year, is in its fifth year downtown, and it’s expected to attract thousands.

For those looking to partake in the festivities, here are 10 things you won’t want to miss:

The North Iowa Band Festival parade begins at 10 a.m. on Saturday at the intersection of North Pennsylvania Avenue and Third Street Northeast. The 1.5-mile route continues south on North Pennsylvania Avenue, and then east on East State Street. The parade features more than 100 units, including area student musicians, elected officials and businesses.

The 30th annual Stu Nevermann Memorial Run begins at 8 a.m. Saturday at the Mason City Aquatic Center, 901 Birch Drive. Registration for the four-mile run costs $25 for adults and $15 for students. Nevermann, who ran North Iowa road races with his father, Le, died at 25 years old from a heart ailment. He was a 1982 Mason City High School graduate who lettered in cross country and track. All proceeds from the race benefit the Mason City High School boys’ and girls’ cross country booster clubs. For more information, visit www.nibandfest.com.

Children of all ages will be able to try a variety of string, woodwind, brass and percussion instruments for free at the Instrument Petting Zoo from 3 to 5 p.m. Saturday outside of Rieman Music, 13 S. Federal Ave., in the Downtown Plaza. The goal of the zoo is to give children the opportunity to explore their musical talents and light their inner musical fire.

For those who want to fill up on parade candy, the best spot will be outside the 1.5-block “candy-free zone,” which is the judging area for the high school marching bands from the intersection of North Pennsylvania Avenue and Third Street Northeast to halfway between First and Second streets. Candy is allowed throughout the remainder of the parade.

For the first time the festival’s entertainment headliner is The Dueling Pianos of Andy Anderson and Mike Leeds, a high-energy and family-friendly duo, who will perform at 7:30 p.m. Friday at the downtown main stage. Saturday’s entertainment will feature Paul Weitzel and The Hats, a popular local band that will perform a variety of original, blues and folk songs, and Brat Pack Radio, a Minnesota-based band that will round out the evening with carnival theatrics. Their performances are at 5 p.m. and 7:30 p.m. respectively.

About 10 North Iowa high school marching bands representing more than 20 communities will participate in this year’s competition. The bands will play during the parade at 10 a.m. Saturday.

The carnival with concessions will be open downtown from 6-8 p.m. Thursday, noon-dark Friday and Saturday, noon-8 p.m. Sunday and noon-6 p.m. Monday. Sunday and Monday are wrist-band days.

For more than two decades, trombone players from a variety of backgrounds have led the North Iowa Band Festival parade with the fanfare. Those interested in playing in the Trombone Fanfare should meet at 9 a.m. at the northwest glass entry of Trinity Lutheran Church, 213 N. Pennsylvania Ave., where they will receive fanfare music and a T-shirt.

Willson's legacy, contributions to Mason City celebrated ahead of birthday

A full weekend of free family-friendly entertainment is returning to Mason City for the 81st annual North Iowa Band Festival next month.

MASON CITY | Hugh Jackman may be coming to town.

MASON CITY | Three individuals with decades of musical ties will be honored at this year’s North Iowa Band Festival.

There’s no doubt Gary and Sharon Lindgren are passionate about Mason City.

Trouble is coming to River City. 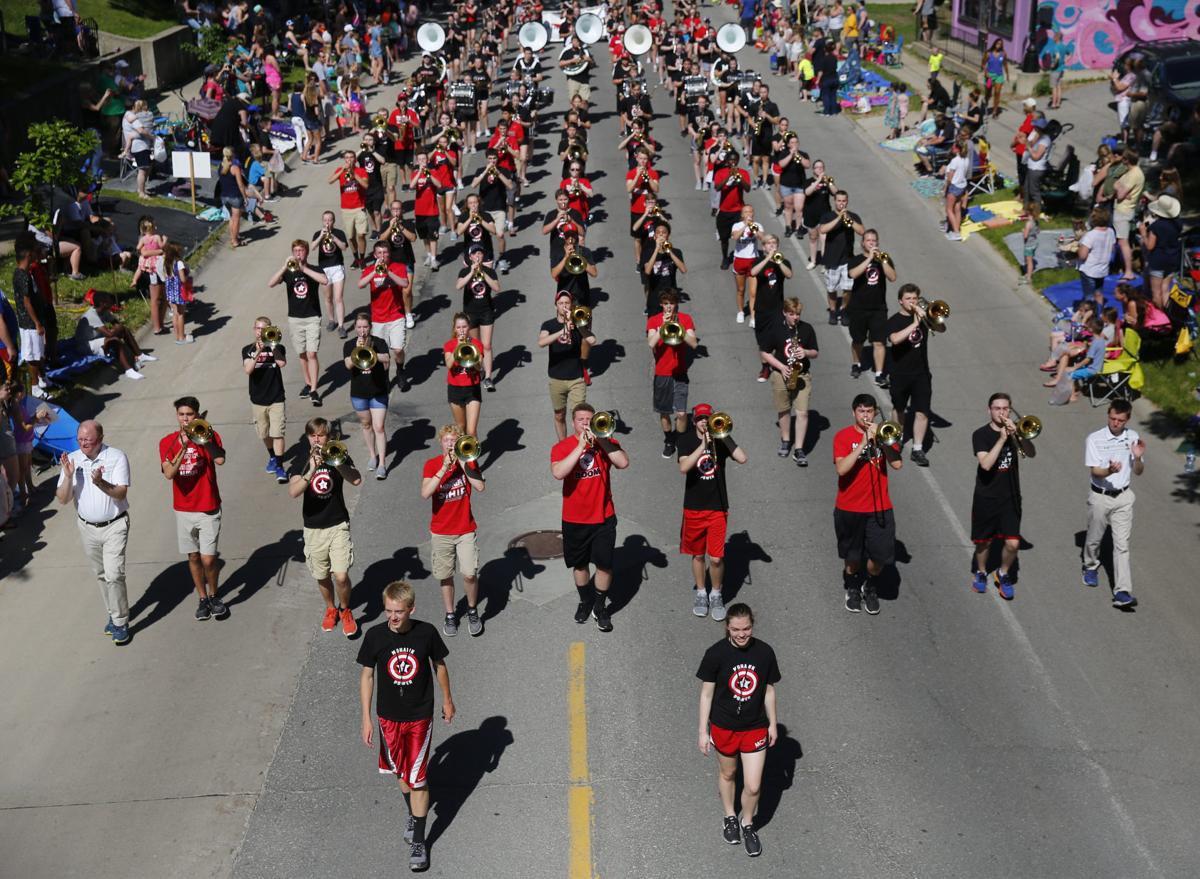 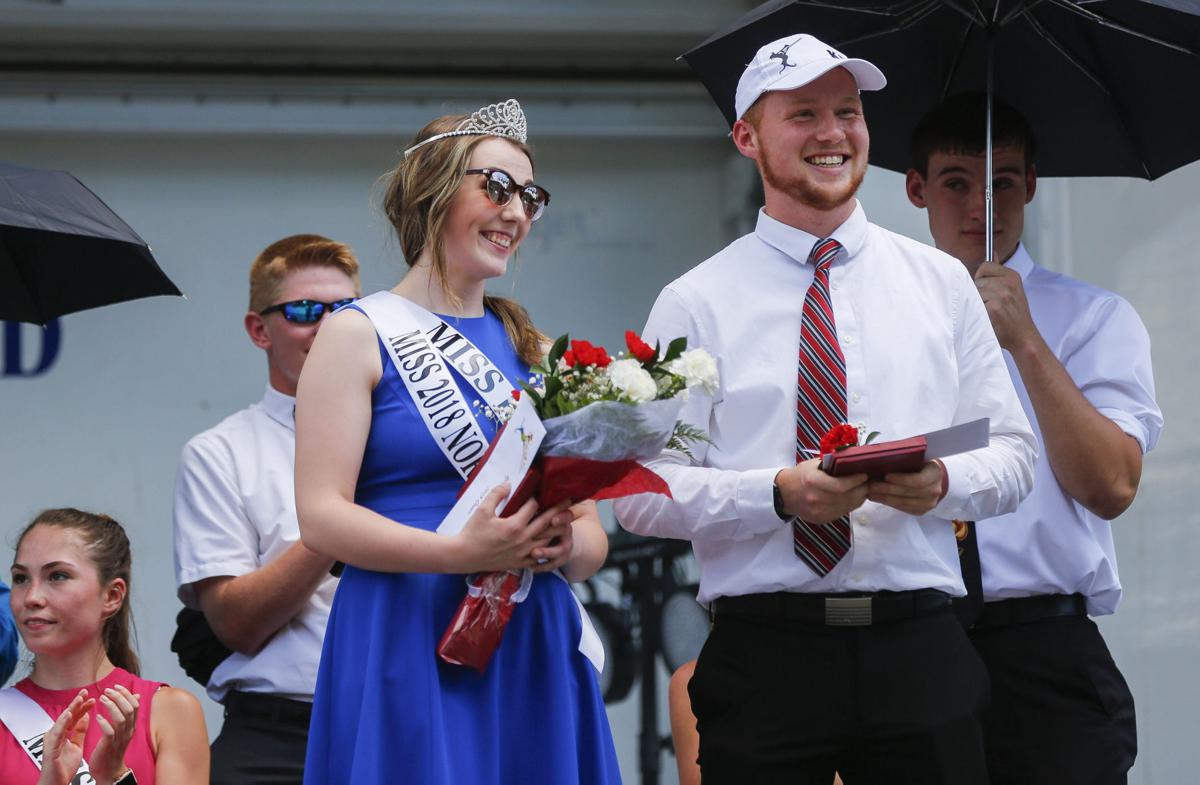 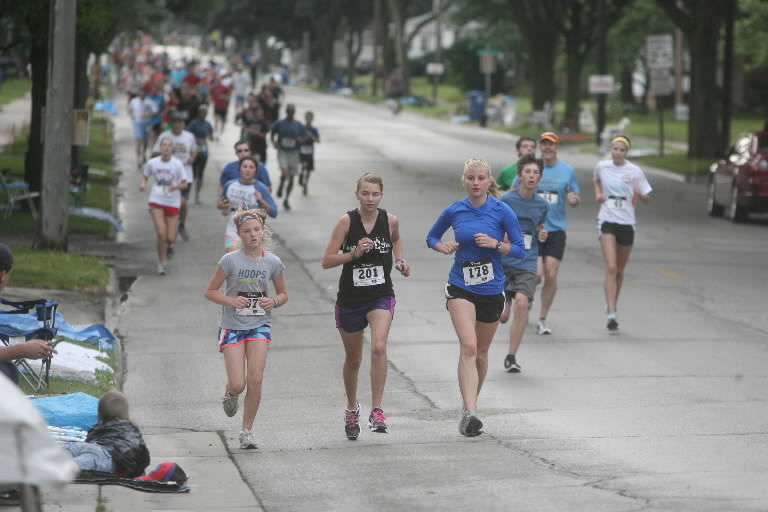 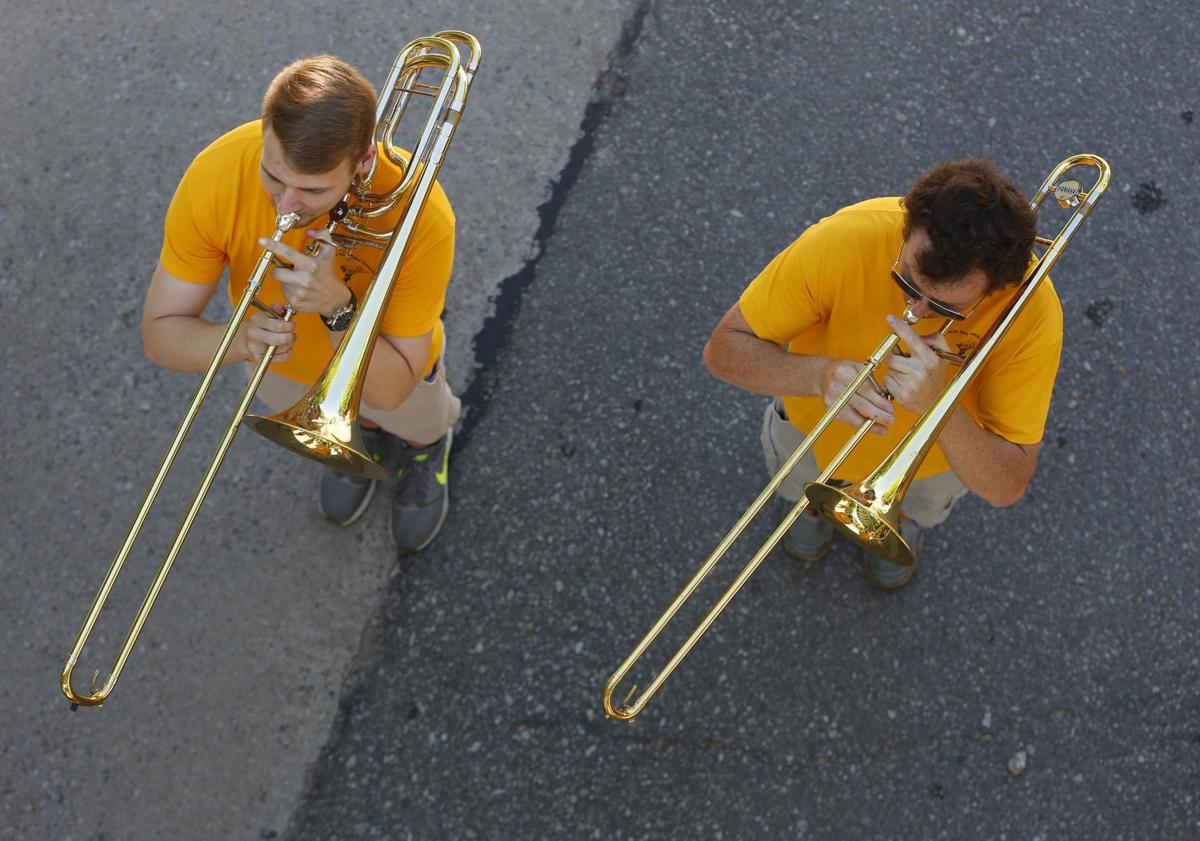 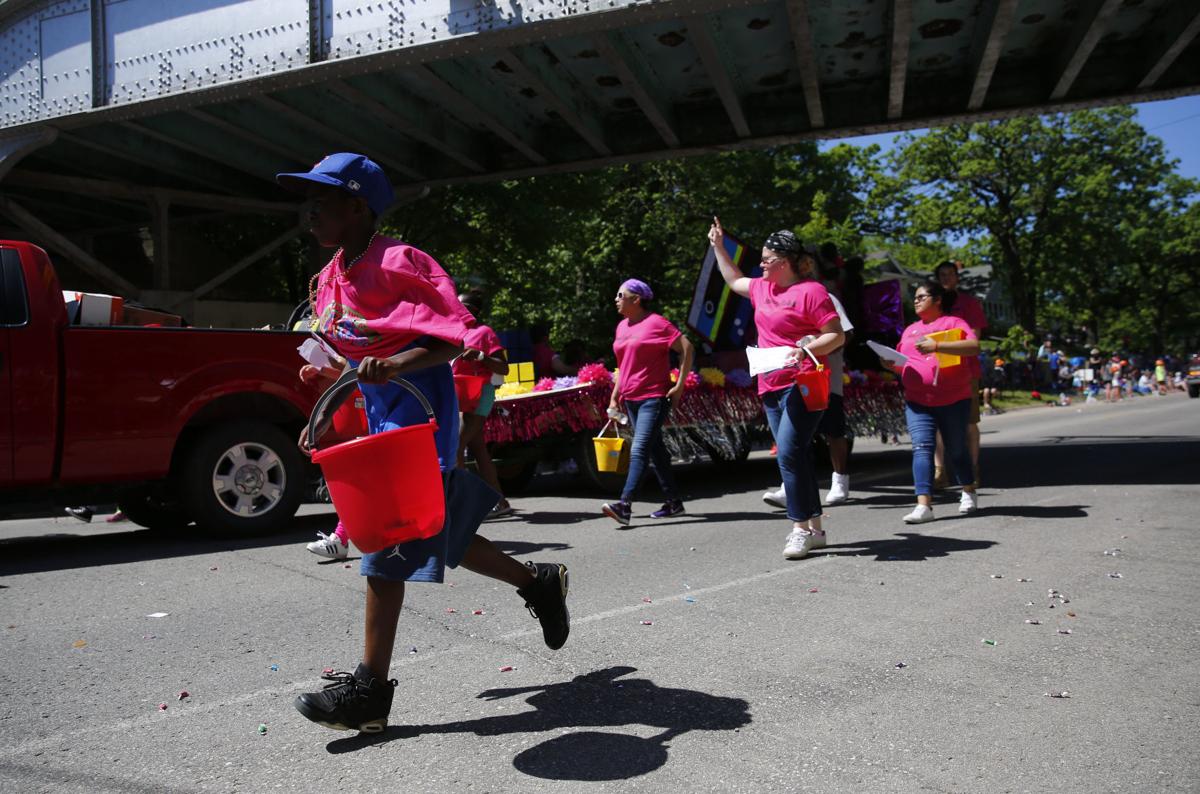 At the right spot, there can be quite a bounty of candy taken during the North Iowa Band Festival parade. 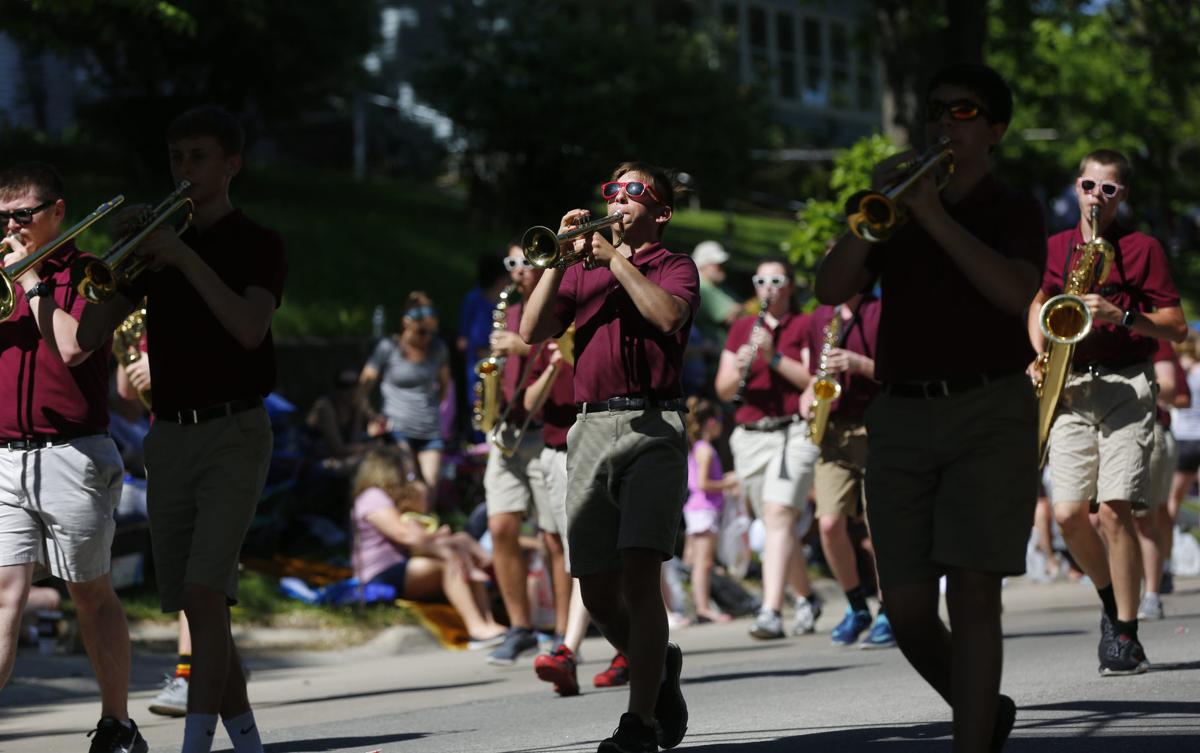 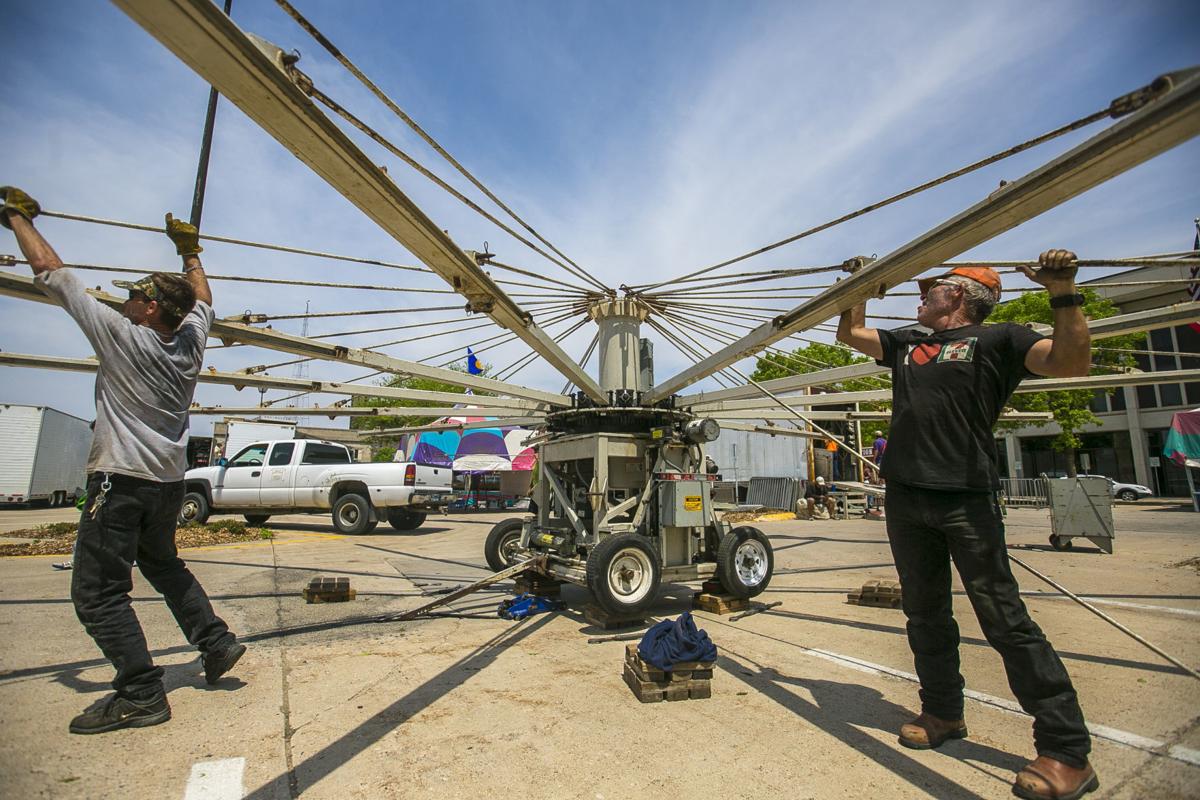 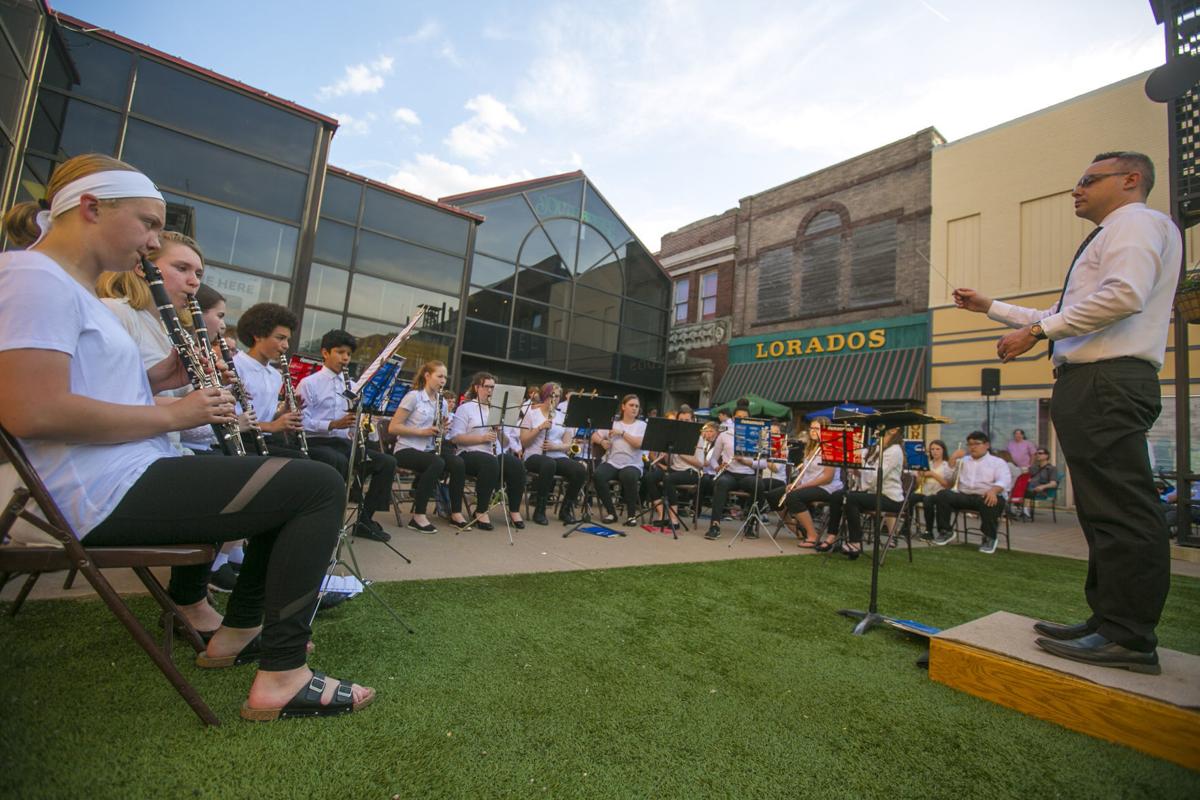 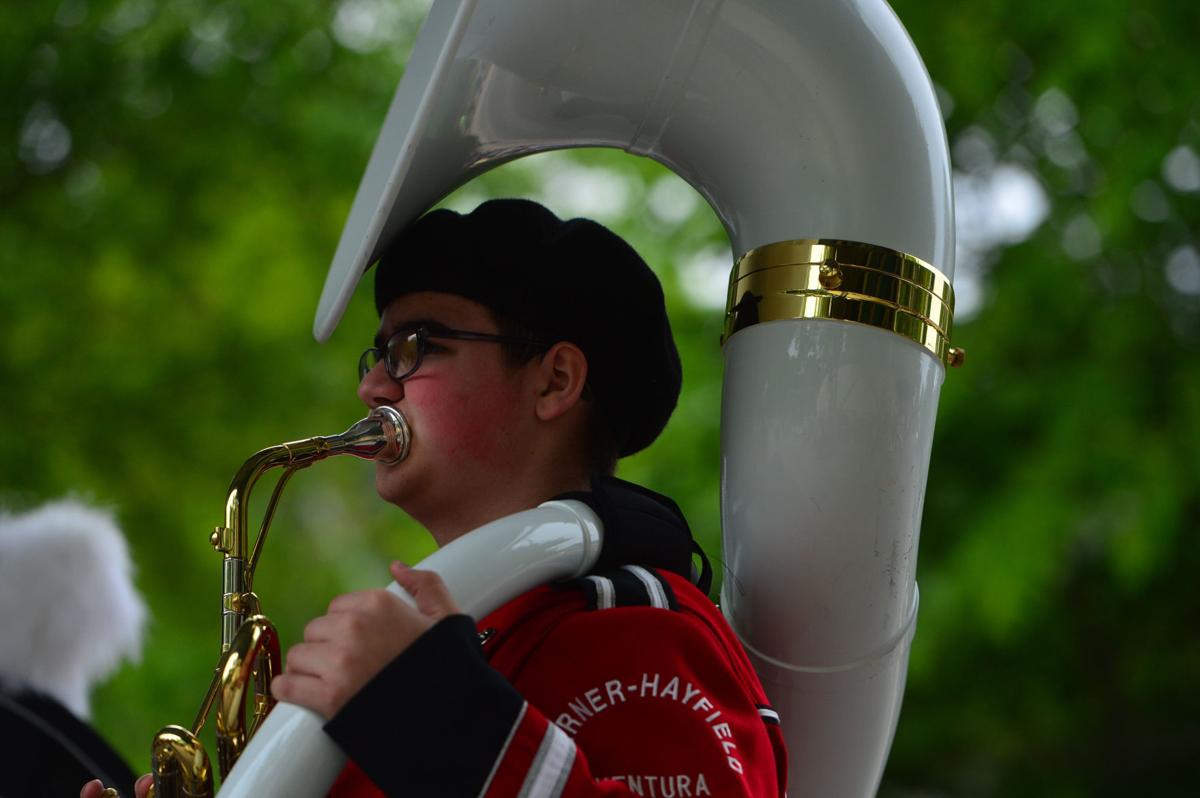 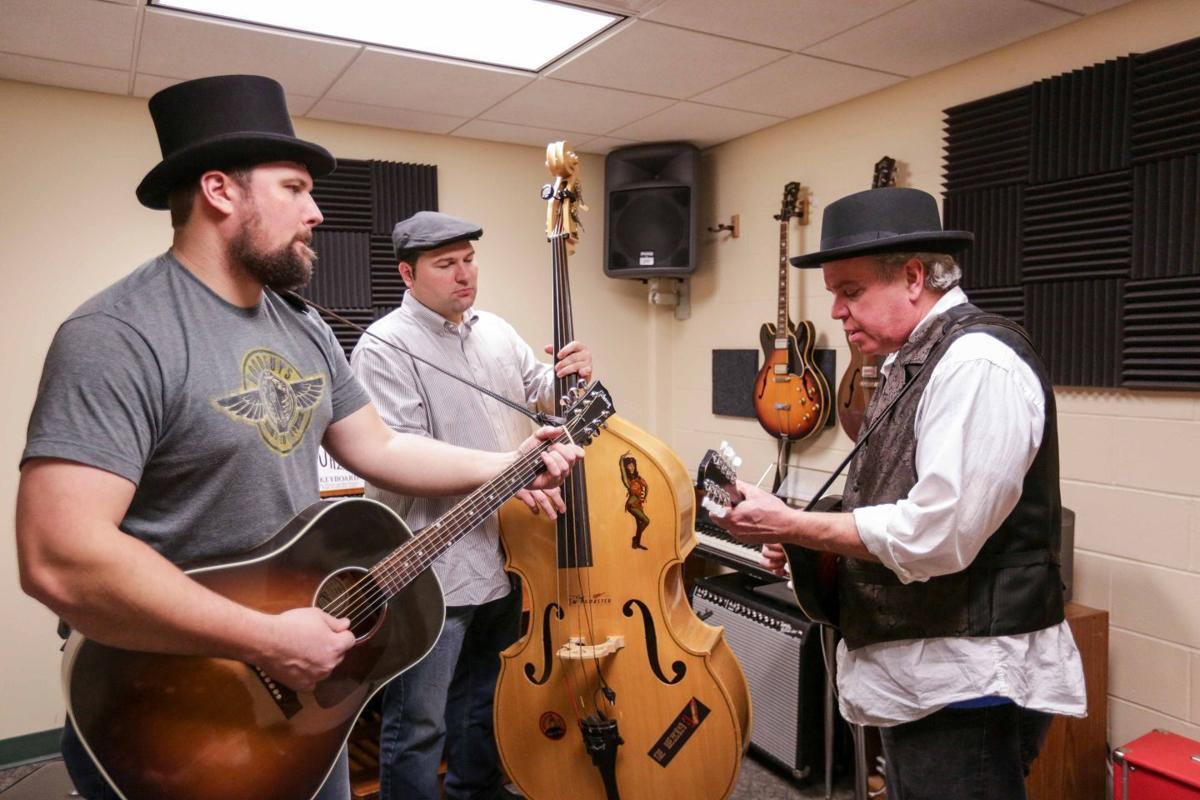 Members of The Hats, from left, Dan True, Jeremy True and Paul Weitzel, rehearse at The Music Man Square.