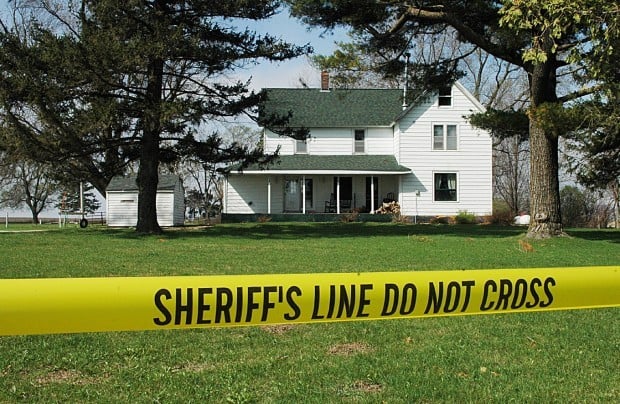 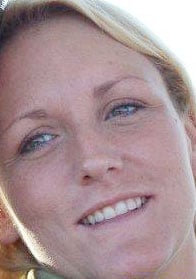 Gretchen Crooks (Photo retrieved from Facebook.com with permission from family)

OSAGE — A woman was shot to death in her Osage home Saturday by a 13-year-old boy that several sources say is her son.

The woman has been identified as Gretchen Crooks, 37, by the Mitchell County Sheriff’s Department.

Crooks was a nurse at Mercy Medical Center-North Iowa and a 1992 graduate of Mason City High School.

An autopsy determined Crooks died of multiple gunshot wounds. Her death was ruled a homicide, according to a news release issued by the Sheriff’s Department Monday morning.

Noah Crooks was taken into custody without incident and later transported to the North Iowa Juvenile Detention Center in Waterloo, where he remains in custody. No charges have been filed.

Walk did not return calls to the Globe Gazette on Monday.

However, several people have identified the boy as Noah Crooks, including state Rep. Josh Byrnes of Osage, whose children rode the same school bus as Noah.

Authorities said a county dispatcher received a 911 call at 7:31 p.m. Saturday from the family’s rural home, at 3599 Cameo Ave., in rural Mitchell County.

Crooks and her husband, William, are listed as owners of the property, according to county records.

The investigation into the death is continuing by the Mitchell County Sheriff’s Department, the Iowa Office of the State Medical Examiner and the Iowa Division of Criminal Investigation.

Osage Community Schools had a crisis team on site Monday, said Superintendent Steve Bass. He confirmed that the boy attended middle school in Osage, but declined to comment further.

“There are counselors available for students who feel the need to address the situation,” Bass said.

Gretchen Crooks’ family was “so saddened” by the death, said her mother, Beverly Brahm of Mason City, on Monday afternoon.

Gretchen Crooks’ brother, Jason, 35, said he was comforted by the outpouring of sympathy.

“I just want to extend my gratitude to family and friends for their support during this time,” he said.

Brahm said she was always proud of her daughter. Crooks was a caring mother of two sons, who was a hard worker with a big heart.

Although Crooks was not sure right away that she wanted to be a nurse, she came to see it as her calling, said her mother. And, she was a great nurse, said her mom.

“She was working on her master’s degree,” Brahm said, pride in her voice. She said she was studying full time while also working full time.

“Gretchen was a great nurse and leader,” Mercy officials said in a prepared statement. “We, as members of her Mercy family, continue to mourn for her and will be holding a memorial service. Our hearts and prayers go out to her family and friends.”

Crooks was a critical care nurse who was among a team of doctors and nurses who traveled to the Gulf Coast in 2005 to aid patients displaced by Hurricane Katrina and Hurricane Rita, according to Globe Gazette records.

She was one of six local volunteers who cared for chronically-ill patients in a makeshift hospital while in the Gulf.

“I wanted to help, wanted to do something to contribute,” she said of the mission, in an article written before their departure.

A Mercy colleague, Karen Roller, said Crooks was “a calming presence in a crisis and had great potential as a nurse leader.”

“We have lost a colleague and a friend,” she said.

Roller, a clinical nurse specialist in critical care and cardiology, added, “Gretchen’s death is a huge loss for those of us who knew her.”

Cerro Gordo County Sheriff Kevin Pals said he knew Crooks from a young age, when he moved next door to the Brahms family.

“She was always a happy-go-lucky gal,” Pals said. “Her caring nature was evident even then.

“She was always watching over her ‘little” brother Jason when we lived next to them,” he said.

In later years, Crooks continued “to display concern for her community, for her neighbors,” Pals said.

“And she always had a smile on her face.”

Brahm, who is also a nurse, said she knows that life can be fleeting.

She said she last spoke with her daughter on Saturday.

She said she will treasure the fact that she was able to tell her daughter she loved her, one last time.

“I will have that,” Brahm said.

Gretchen Crooks (Photo retrieved from Facebook.com with permission from family)