Become a Member
Read Today's E-edition
Share This
'He didn't want to kill anybody tonight': Whaley booked hotel the night of Mason City shooting, woman testifies
0 comments
Share this
1 of 3 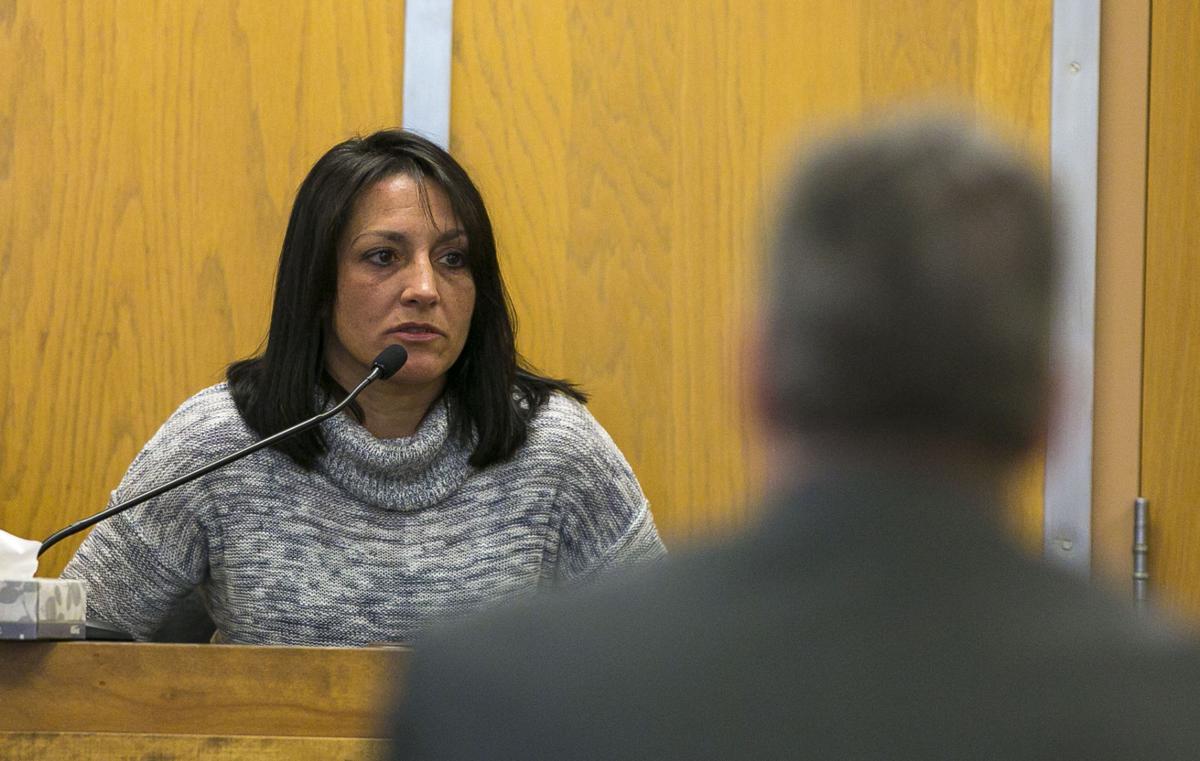 Debra Ewing, who was living in Larry Whaley's apartment at the time of the shooting death of Samantha Teeter, testifies Tuesday during Whaley's second-degree murder trial at the Cerro Gordo County Courthouse. 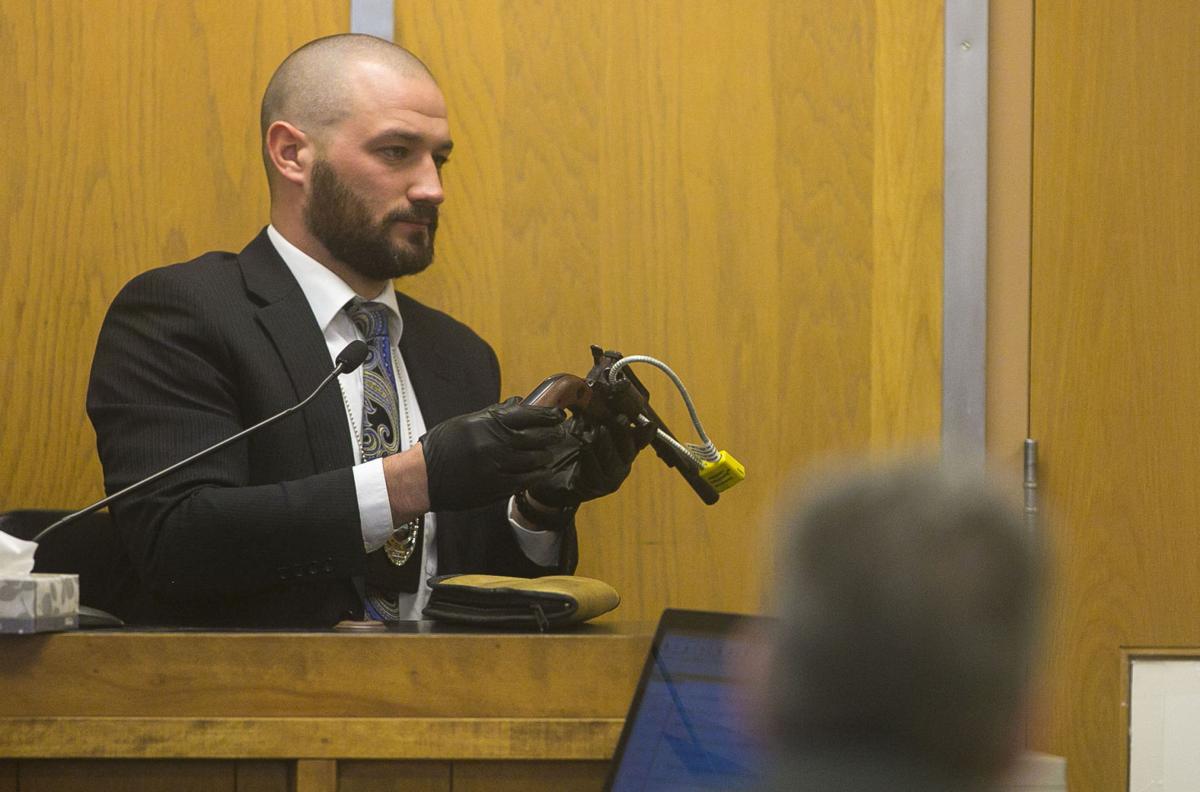 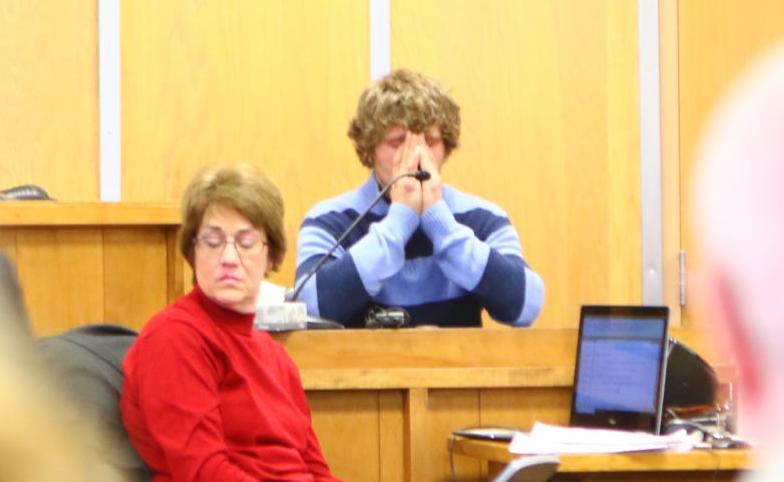 Kalab Van Scyoc, center, Samantha Teeter's boyfriend, breaks down as a picture of Teeter is shown to the jury Tuesday in Cerro Gordo County District Court.

MASON CITY | The only other person in the apartment when Larry Whaley shot Samantha Teeter with a .44-caliber Magnum revolver through his front door was Deb Ewing.

Ewing testified Tuesday afternoon that she had known Whaley for about a week leading up to the shooting.

Ewing added that she had a prior relationship with Jason Bendickson, a Mason City man previously convicted of burglary. She suspected he was stalking her around the time she had met Whaley.

Whaley rented a room at the Days Inn in Mason City Dec. 1 for her and himself, and stated he didn’t want to return to his apartment. Ewing thought this was for her protection from Bendickson.

“He wanted to go to the hotel because he didn’t want to kill anybody tonight … that’s his words,” Ewing testified.

She said she was sleeping on one of Whaley’s couches right before the shooting. He woke her, and then within seconds, fired multiple shots toward the front door, she added.

Ewing said she thought she heard the door opening or a key opening the door right after she woke up. State Public Defender Mike Adams questioned her memory in his cross-examination, because she admitted she was using methamphetamine and heroin the night of the shooting.

Ewing responded that she remembers some details but forgets others, and stood by her memory and testimony. When she was re-questioned by Hammerand, she stated she did remember Whaley bought a gun and made the aforementioned statement of not wanting to kill anybody.

Van Scyoc, Teeter's boyfriend, was standing next to her when she was shot through the head Dec. 2, 2016, at an apartment building in southeastern Mason City.

Van Scyoc testified Tuesday about the events leading up to that shooting, and his relationship with Larry Whaley, the man who police say fired the shot through his apartment door.

"She cared for everybody," Van Scyoc testified. "She gave everyone the benefit of the doubt."

Whaley, 61, has been charged with second-degree murder in Teeter's death. Many of her family members and friends packed the right side of the courtroom Tuesday, and cried at several points throughout the morning's testimony.

In Cerro Gordo County Attorney's Carlyle Dalen's opening argument, he told the jury he was confident they would find Whaley guilty of second-degree murder. Dalen argued Whaley was not acting in self-defense, and thus was not justified in shooting through his apartment door.

"Without anything being said, he goes like this," said Dalen while motioning like he was firing a gun, "and goes 'pow,' and shoots through the door."

State Public Defender Mike Adams disagreed with that argument, saying Whaley had reason to fear for his life. He based this off of Whaley's relationship with Corey Mays, a Mason City man involved in a past shooting.

"If you're standing in Larry's shoes, who was it?" Adams asked the jury about who was behind the door. "Larry clearly didn't know ... why would this guy, a former U.S. Marine, shoot? He was terrified."

Van Scyoc was the state's first witness, and he detailed much of what occurred the night of Dec. 1. He and Teeter used bikes to get around, and locked them in his detached garage at 116 17th St. S.E.

He and Teeter left Whaley's apartment, and returned the morning of Dec. 2, after 3 a.m. Van Scyoc testified that he would whistle before entering friends or family's apartments, to let them know he had arrived.

Whaley's apartment was on the second floor of the building. After walking up the steps, Teeter knocked on Whaley's door. She started to put a key in the lock, but it only opened about 2 inches.

The door didn't fully open because Whaley had lodged two knives into the doorjamb. Then, Van Scyoc said he heard a loud sound like two two-by-four pieces of wood colliding.

He saw a hole in Whaley's apartment door. Then he turned, and saw Teeter had been shot.

"This whole side of her face was gone," he said while covering the left side of his head.

Both the prosecution and defendants agreed that Teeter had been shot in the head, but Jill Eimermann, an assistant state public defender, questioned whether Larry knew about Van Scyoc's whistling habit. She also noted Whaley had tried to contact Van Scyoc by phone three times before they returned to the apartment, and had failed each time.

Hammerand, in his redirect examination, asked Van Scyoc if he had ever whistled around Whaley.

"Plenty of times," he said.

Following Van Scyoc's testimony, Mason City Police Officer Stratton Steffy and Sgt. Michael Lillquist were called to describe their actions the morning of Dec. 2. Both were some of the first officers on the scene.

In brief testimony, they described entering through the apartment building's entrance and seeing Teeter on the first floor, gasping for air. She had been dragged to the first floor by Van Scyoc.

Before their testimony, Hammerand played Van Scyoc's 911 call for the jury, in which Teeter can be heard.

The Globe Gazette is not sharing audio of the call as it is graphic in nature and does not provide any new information not previously released by police.

The call opens with Van Scyoc, who does not identify himself, telling an unidentified female dispatcher, “My girlfriend just got, she’s shot."

Van Scyoc later says Teeter had been shot in the head and that he knew who shot her, but did not provide a name.

Lillquist stated he called Whaley after they removed Teeter from the scene, and that he was cooperative and pointed him to where the gun was located in his second-floor apartment. He noted the gun was cocked back and ready to fire.

The state is expected to continue calling witnesses Tuesday afternoon.

“My girlfriend just got, she’s shot,” a man tells an unidentified female police dispatcher at the beginning of the call.

The man, who does not identify himself during the roughly 6-minute call, is Kalab Van Scyoc, 23, of Mason City.

The call was played during the first day of testimony in Larry Whaley’s second-degree murder trial.

Whaley, 61, who has told police he was acting in self-defense, is accused of shooting Samantha Teeter about 4 a.m. Dec. 2, 2016, through a door in an apartment building in southeastern Mason City. Teeter died two days later in the hospital.

The Globe Gazette is not sharing audio of the call as it is graphic in nature and does not provide any new information not previously released by police.

Van Scyoc then attempts to give his location and tearfully says, “please hurry.”

At one point during the call he tells the woman – Teeter – to look at him.

The dispatcher asks Van Scyoc if he has anything to put pressure on the wound.

Van Scyoc replies that Teeter had been shot in the head.

The dispatcher then asks if Van Scyoc can provide any information about the shooter and does not get a response.

The call then goes silent for a few minutes before the dispatcher asks Van Scyoc if he can provide any information about the shooter and again Van Scyoc does not respond.

Van Scyoc later replies that he knows who the shooter is but does not provide a name.

The dispatcher tells police she is having difficulty getting information from the caller – his exact location, who the shooter is and if the shooter is still in the area.

This is a developing story. Check back later for more details.

On trial in Mason City: Remembering Teeter and the case against Whaley (with photos)

Debra Ewing, who was living in Larry Whaley's apartment at the time of the shooting death of Samantha Teeter, testifies Tuesday during Whaley's second-degree murder trial at the Cerro Gordo County Courthouse.

Kalab Van Scyoc, center, Samantha Teeter's boyfriend, breaks down as a picture of Teeter is shown to the jury Tuesday in Cerro Gordo County District Court. 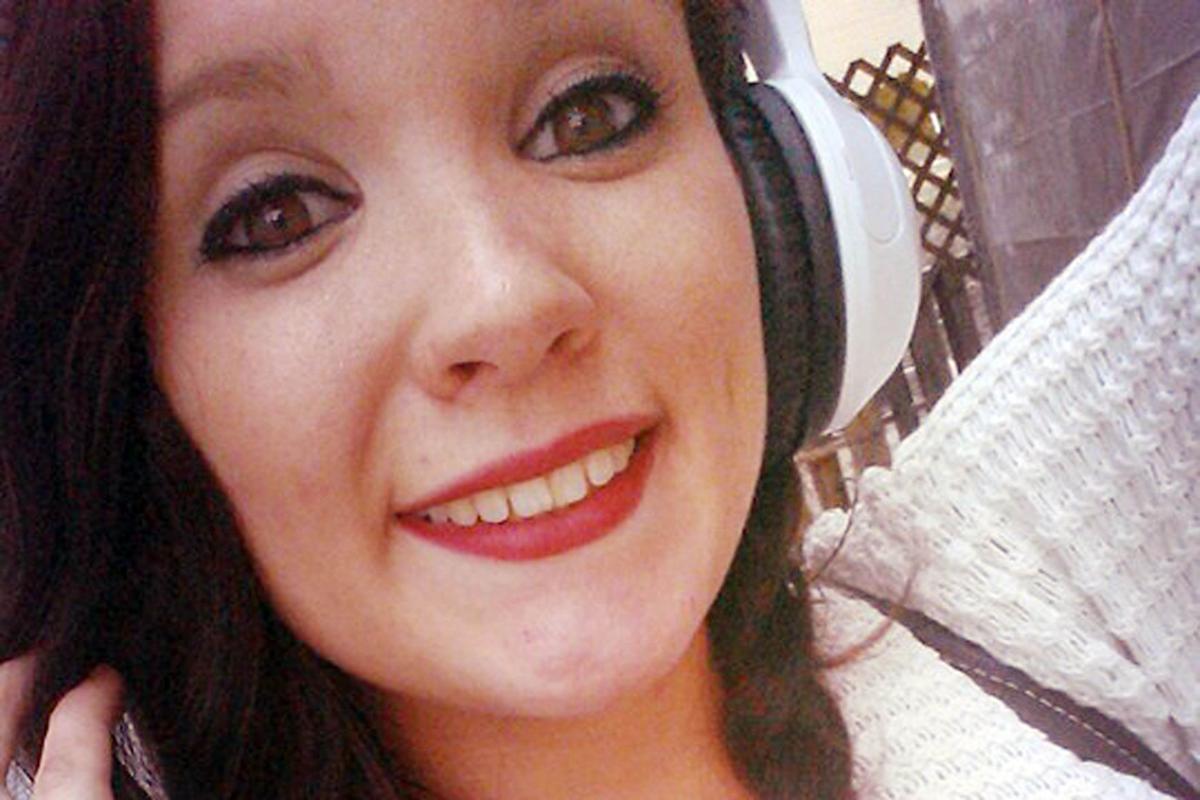