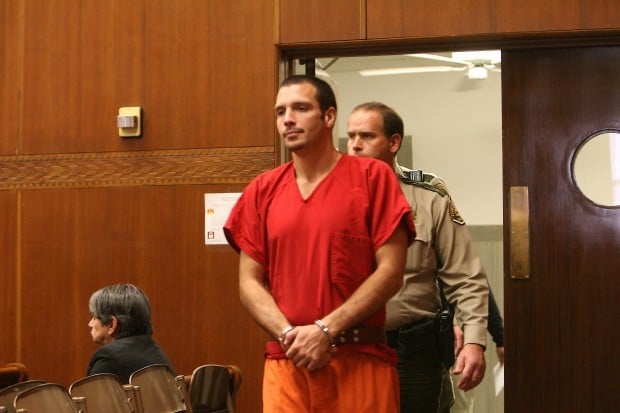 Casey Frederiksen is escorted into the district court room in the Floyd County courthouse for a hearing. 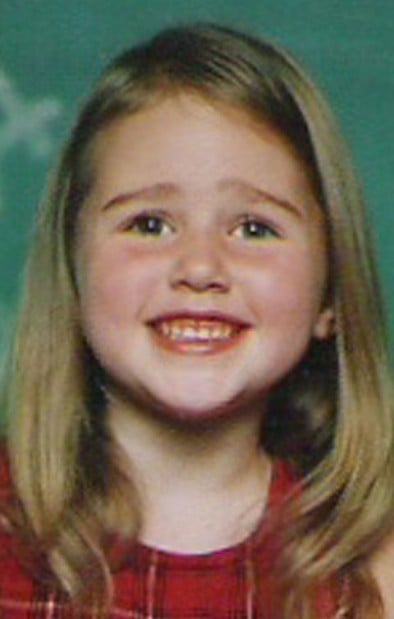 FLOYD — More than seven years after the murder of 5-year-old Evelyn Miller, a suspect was charged in late September with the little girl’s death.

Casey Frederiksen, 33, was arrested and charged with first-degree murder and first-degree sexual abuse, both Class A felonies, in the July 2005 death of the Floyd girl. Her body was found in the Cedar River several days after she went missing.

Frederiksen was the live-in boyfriend of Evelyn’s mother, Noel Miller.

He was serving time in a federal prison in Illinois on child pornography and drug charges before he was brought back to Iowa in September to face charges in connection with Miller’s alleged murder.

According to law enforcement officials, Frederiksen murdered the 5-year-old early on July 2 while Evelyn’s mother, Noel, was working a night shift at a care center in Nora Springs.

Frederiksen came under suspicion because of odd and troubling behavior, authorities said in a criminal complaint released as part of the September announcement.

Investigators say he left the Quarry Road Apartments where he lived with Miller, Evelyn and their two sons, for a trip to Waterloo while thousands searched the surrounding fields.

According to the complaint, “When Frederiksen learned law enforcement was going to search the apartment, Frederiksen head-butted a wall and split his head open and screamed at police.”

He also told sheriff’s deputies that he did not drink much alcohol and did not use drugs. Later, authorities allegedly found drugs, drug paraphernalia and scales in the apartment.

Frederiksen said he was asleep when Evelyn disappeared, according to the complaint.

Frederiksen is being held in the Bremer County Jail in Waverly under $2 million bond.

No trial date has been set in the case.

2012 an uneasy year of high profile crimes, drought, but some good news as well

Some might call 2012 an odd and uneasy year for North Iowa.

Casey Frederiksen is escorted into the district court room in the Floyd County courthouse for a hearing.