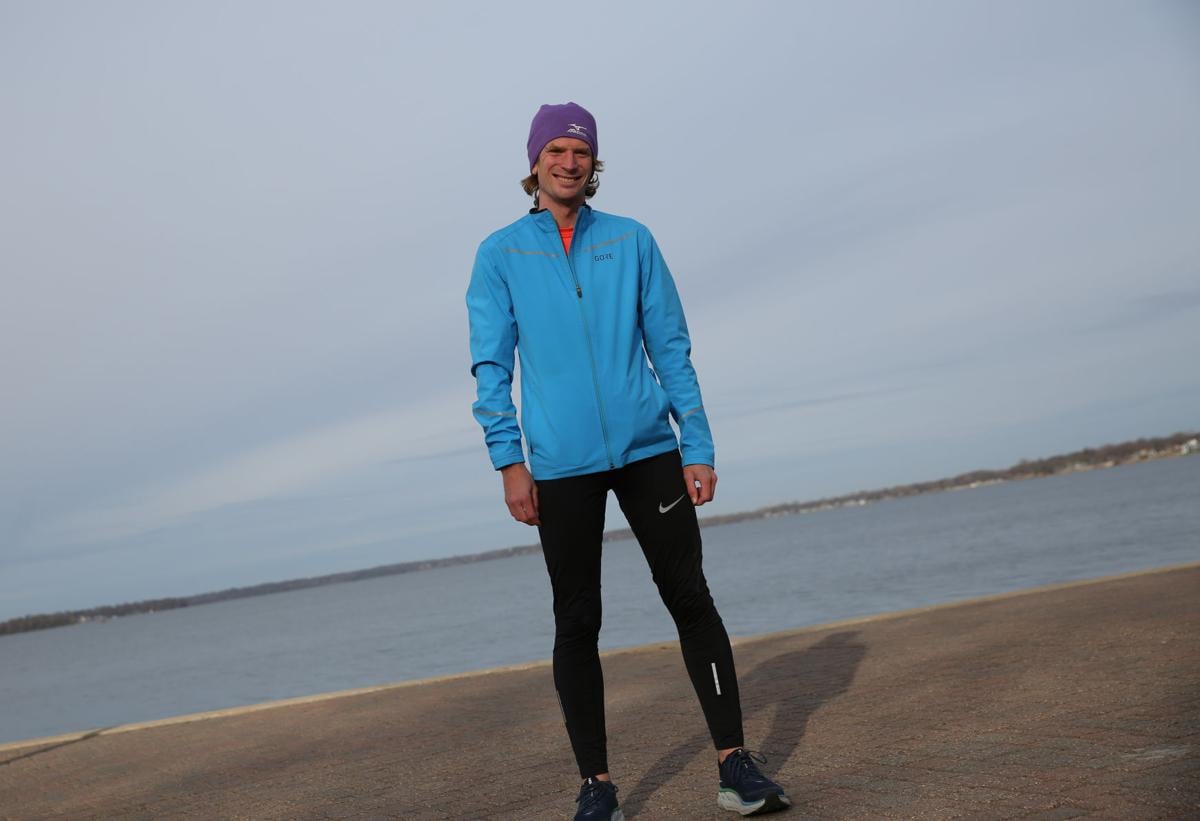 Long-distance runner Tyler Sullivan stands in front of City Beach in Clear Lake just ahead of the Earth Day 10k on Saturday. 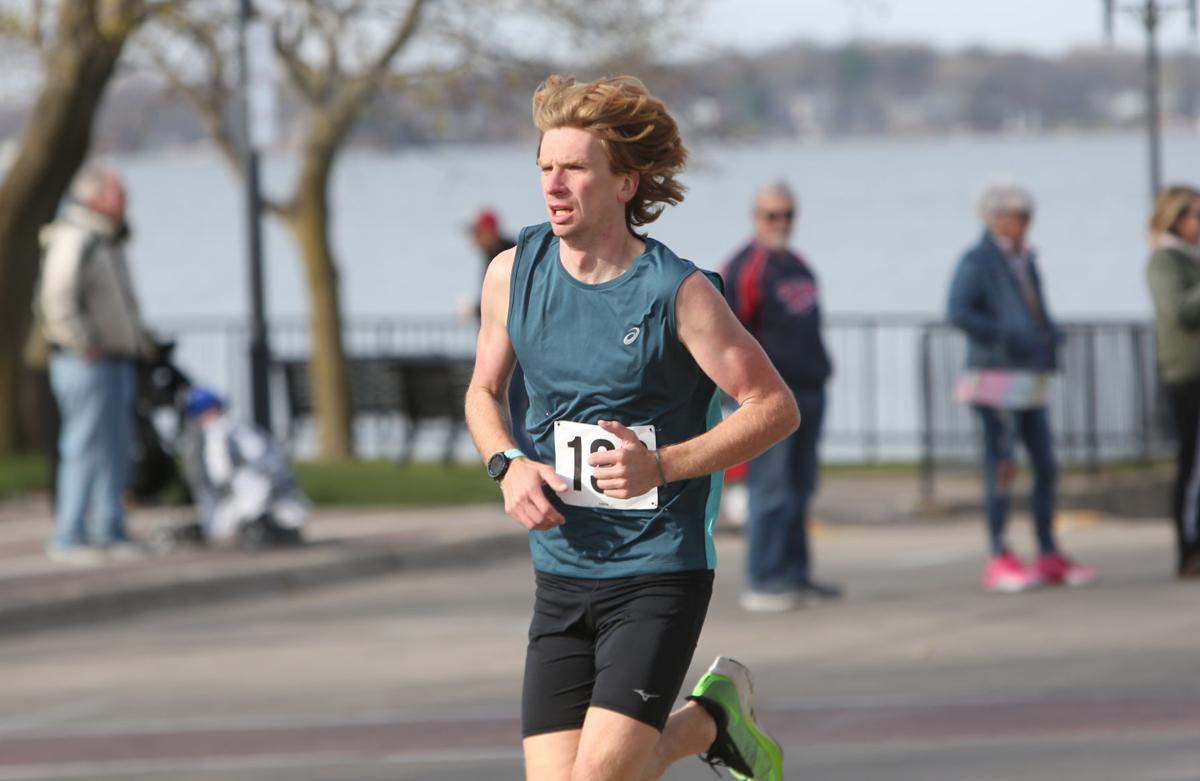 He says it started in Mason City.

Tyler Sullivan, of North Liberty, has been running across Iowa towns for the last six years. He's run around and through towns in 84 of Iowa's 99 counties.

Back in 2015, Sullivan said his then-girlfriend lived in Mason City, where he traveled about every other week from the Iowa City area to visit her.

"I was seeing counties I'd never heard of before," Sullivan said. "So one day, I was just like, 'Hey ... maybe we could visit these counties and find something special.' So every time I came up north, I picked a county, and every time she came down, she picked a county."

In each county visited, they'd pick an activity to do together. After the two parted ways, Sullivan continued looking for new counties and towns to visit, but was at a loss for what to do in some small towns.

That's when he says a friend made a new suggestion: "Just take a jog, see what happens."

Sullivan had been a runner throughout high school, participating in both cross country and track. He had a "very motivational coach" who had offered this advice: "It's wasn't about the winning or the losing, it was about getting the best every day."

"...So that's what I tell myself when I do these towns," said Sullivan. "Just have fun and just enjoy the experience."

Since then, when visiting each town, he runs at least a mile there, usually adding distance based on population for larger communities.

When running through Tama County, he says he ran as many as 21 miles in one day. "That was actually a long day," Sullivan laughed.

The experience hasn't only been about running. Before heading out to a particular location, he does research on sites to see, whether there are any local food spots to try. "Usually when I'm not running I try to go to a lot of museums ... to try to learn a lot of (local) history."

And Sullivan said it's also yielded a number of relationships and unexpected interactions.

For instance, in Pocahontas in 2016, he and a friend visited a kaleidoscope factory owned by Leonard Olson, where he'd eventually make a kaleidoscope of his own. "He passed away two years ago this October. But then ... I went back to Pocahontas ... and I was able to meet his sister and his friends..." Sullivan said.

"I have met so many wonderful people." Some, he says, have even offered to let him stay at their home for a day while he runs through their area. "It's amazing how welcoming Iowa is."

Sullivan had recently been making his way through more Cerro Gordo towns.

He was in Rockwell the weekend before last. "Rockwell is pretty cool; I like their patriotic post office on the main street," he said.

He also visited Plymouth and Ventura. "Hiking throughout (McIntosh Woods State Park) was pretty cool. I plan to actually go hike more of it after my (Clear Lake) race," Sullivan said last week.

He's also visited some unincorporated towns in the area, like Burchinal and Portland.

Six years in, Sullivan finally crossed Cerro Gordo off his list after crossing the finish line at the Earth Day race in Clear Lake.

With experiences had across Iowa has also come the desire to share them with others. At the suggestion of a mentor, Sullivan said he plans to write and release a nine-part series of poetry based on his travels.

"The little things inspire me," Sullivan said. "I'm like a running poet, per se."

Dividing the state into nine regions (northwest, southeast and so on), he says each region will have its own book of poems and photos taken in and inspired by the towns he's visited.

"Iowa's a beautiful place. ... We have such beautiful resources, museums, once they open back up. ... I absolutely love doing what I'm doing, and I really wish that even if you don't go outside your county, just study your county and be proud to be an Iowan," Sullivan said.

Just a little more than a dozen counties to go.

Sullivan continues to share photos and insights about his travels on his Facebook page "Iowa's Scenic Views By Foot."

Long-distance runner Tyler Sullivan stands in front of City Beach in Clear Lake just ahead of the Earth Day 10k on Saturday.