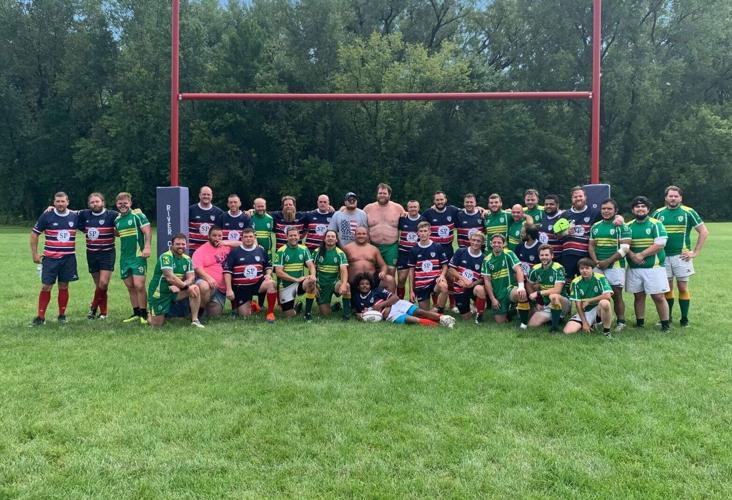 Festivities for the River City Rugby Football Club's 50th anniversary will move to the clubhouse after the alumni game. 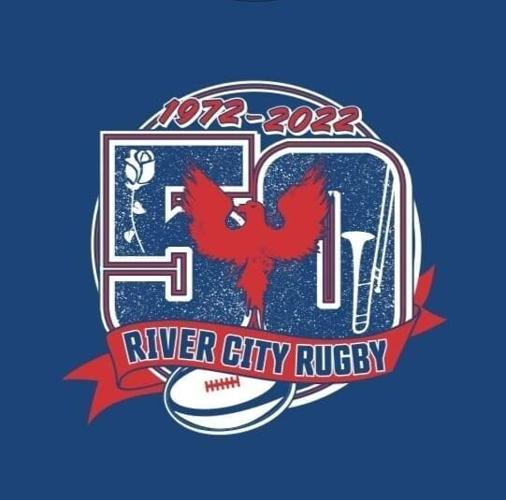 For half a century, River City Rugby Football Club (RFC) has been playing on fields throughout Iowa and Minnesota.

People ages 18-50 have played on River City RFC, and on anniversary celebrations, men up to 80 years old head back onto the field for the Old Boys Clash.

“It really exemplifies the culture of rugby. It’s all smiles, and there will be song. There will be stories told. We’re reconnecting and it’s really a brotherhood… It’s incredible seeing the community that’s come through here the last fifty years,” said Mark Blong, Secretary for River City RFC and founder of Intracity 7s Rugby in Mason City.

Mark Blong and brother Paul Blong have been active in River City RFC for over 10 years now. Paul, who serves as President for River City RFC, joined the team about a year after Mark did.

"All he had to do was sell me a raffle ticket" Paul joked. Since then both Mark and Paul have coached high school rugby and served on the board for River City RFC. Through it all, they've enjoyed being part of the team and the opportunities it has given them.

"Rugby gave us the opportunity to see the world, where otherwise we probably never would’ve gotten outside of the U.S." said Paul, who traveled with the Old Boys Club, which is affiliated with River City RFC and has traveled to countries including Wales, New Zealand, Argentina, Scotland and Australia.

River City RFC players from the last 50 years will travel across the country to meet at Hoover Elementary Field at 12 p.m. on Sunday for the Old Boys Clash, where players 35 years and older play an anniversary game. Older players with health concerns can still play, as modified game play tailors toward all players being inclusive. The game starts with the oldest players on the field, and slowly moves down to the youngest on the team as they all compete together.

After the game there will be a raffle, food and beverages and tents to celebrate at the clubhouse at 620 N Tyler Ave. in Mason City.

“It’s a ton of fun and there’s so much family and fraternity to the sport,” said Paul. Both Paul and Mark have credited rugby for shaping them and making them more confident in leadership positions on and off the field.

River City RFC has seen a decrease in players over the last few years, but with the start of the Intracity 7s League, the Blongs hope to see that change in the future.

“It’s been very good, it’s been competitive between the four teams" said Mark, creator of the league. "It’s been a really great environment."

With rugby growing once again in North Iowa, this weekend's anniversary has become even more sweet. And for those considering the sport, both Mark and Paul encourage people to watch a game.

“Rugby allows for people of all different sizes and experience to find a position on the field.” said Mark, and both he and Paul agreed, they'll keep running as long as they can.

Rae Burnette is a GA and Crime & Courts Reporter at the Globe Gazette. You can reach her by phone at 641.421.0523 or at Rae.Burnette@GlobeGazette.com

Another piece of the Hyatt Place hotel project is coming together.

This virtual reality patient could save the lives of real ones

This virtual reality patient could save the lives of real ones

Festivities for the River City Rugby Football Club's 50th anniversary will move to the clubhouse after the alumni game.