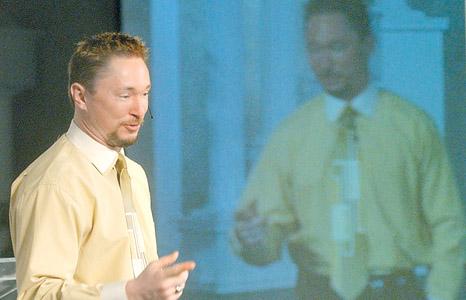 Rev. Shane Philpott of the Christian Fellowship Church in Mason City records an episode of “Faith In Action” in this file photo from 2006. ARIAN SCHUESSLER/Globe Gazette file photo 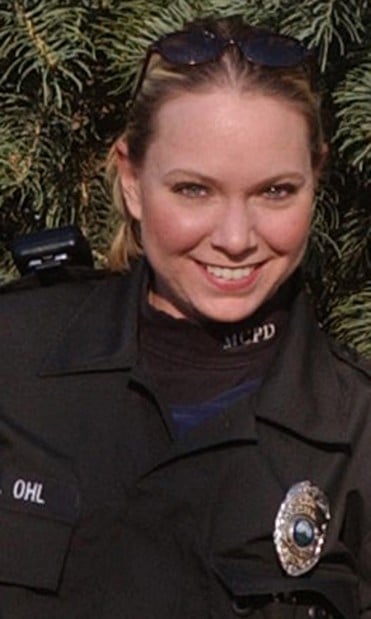 MASON CITY — Allegations of possible police involvement in the abduction of Jodi Huisentruit did not start with former officer Maria Ohl but with her brother-in-law, the Rev. Shane Philpott of Christian Fellowship Church.

Huisentruit, a morning anchor with KIMT television, disappeared in June 1995 and is presumed dead.

Ohl, a 10-year member of the Mason City Police Department, was fired in August. She filed an appeal with the Mason City Civil Service Commission in an effort to be reinstated. She made her allegations regarding police misconduct when she talked to the media after a Civil Service meeting Thursday.

But Philpott said allegations of police misconduct came to his attention four years ago.

In a certified letter sent to city officials on May 27, Philpott said he received a phone call from someone in Minnesota on June 28, 2007, who claimed to have information on the disapperance and death of Huisentruit. The caller did not tell Philpott names of any officers.

The caller said because his information incriminated certain Mason City police officers, he didn’t want to meet or talk with local authorities. He chose to contact Philpott after watching the pastor’s “Faith in Action” television program, said Philpott.

The pastor said he wanted to go through proper channels so he contacted his sister-in-law, Officer Ohl, the next day. She told him to contact the police department so as to comply with proper procedures.

Philpott said, “The reason for my concern about the details of the information was that it was vaguely reminiscent of information told to me in the summer of 1999 by Mason City resident Gerald Best at the completion of a church service.

“Mr. Best had mentioned local officers possibly being involved in criminal activities. Mr. Best was found murdered later that year and his homicide is yet unsolved to this day.”

Gerald Best was found dead in his Mason City apartment on Dec. 30, 1999. His throat had been slashed.

Philpott said he contacted police on July 3 or July 5 of 2007 and talked first with Stearns and then with Vande Weerd. He was told not to talk to anyone else and that they would get back to him.

After a month passed with no contact, Philpott said he called police on Aug. 6 of 2007 and spoke again with Stearns. He said Stearns transferred him to Capt. Dennis Bengston who told him his information wasn’t credible.

A little over two years later, in September 2009, Philpott and his church filed a defamation suit against the city of Mason City and police officers on an unrelated matter.

In preparing for litigation in that case, lawyers requested contact logs and discovered there was no record of Philpott’s contacts with police in the Huisentruit case.

Philpott said in September 2010, as part of the litigation in the civil suit, Ohl gave a deposition in which she mentioned the Huisentruit information Philpott provided police in 2007.

“At that moment, Chief Lashbrook suddenly shuts down the deposition through his attorneys and Officer Ohl is unable to complete her testimony,” said Philpott.

He said the next day, Ohl came to the church office, at the request of Lashbrook, to get the information Philpott had provided police in 2007 so she could once again give it to them.

But Philpott said he had been told there was to be no contact between litigants in the court case outside of their attorneys. So he declined to give Ohl the information. Philpott then contacted his attorney, Melissa Hasso, who told him to turn over his information to the Iowa Division of Criminal Investigation (DCI).

Ohl informed Lashbrook of what had transpired. Not long after that, she was put on paid administrative leave and was terminated on Aug. 4.

Ohl said Thursday she was fired because of her handling of the Huisentruit information.

A Civil Service hearing on her appeal to be reinstated will start at 9 a.m. Sept. 13 in the second floor conference room at City Hall.

In the suit, she claims she was passed over for training and promotions because of her gender and that she was subjected to harassment in the form of lewd remarks and gestures and, in one instance, an officer pointed an unloaded gun at her head.

She said some of the alleged inappropriate behavior might have stemmed from her church’s lawsuit against the department.

She said another factor might be that she had ticketed two officers’ wives for traffic violations.

They were Stearns’ wife and the wife of Logan Wernet, one of the litigants in the church’s lawsuit against the department.

Ohl said Thursday she is disturbed that Stearns and Vande Weerd are still working “and the whistleblower was put on administrative leave and terminated.”

City officials have declined to comment because of the pending litigation.

The Civil Service hearing is open to the public.

May 12, 2011 letter from Chief Lashbrook to Rev. Philpott

May 26, 2011 letter from Rev. Philpott to Chief Lashbrook

Rev. Shane Philpott of the Christian Fellowship Church in Mason City records an episode of “Faith In Action” in this file photo from 2006. ARIAN SCHUESSLER/Globe Gazette file photo