Photographer Lisa Grouette recently followed along with the Mason City Police Department, Cerro Gordo County Sheriff's Office and Mason City Fire and Ambulance, and curated a series of photos which highlight a work shift for each respective agency.

Cerro Gordo County Deputy Mitch Kruse returns to his vehicle after checking on a driver whose truck had no brake lights.

Dispatcher Mallory Dempsey enters information into a call during a night shift at the Cerro Gordo County Sheriff's Office.

Officer Steve Klemas of the Mason City Police Department tags evidence bags after returning from the scene of an investigation.

Alex Potter of Mason City Fire and Ambulance rests after returning from a call while on a 24-hour shift.

Mason City Fire and Ambulance members attend to a patient during a medical call.

Members of Mason City Fire and Ambulance's Third Battalion have breakfast together while on a 24-hour shift.

Members of the Mason City police and fire departments respond to a medical call.

Officers working the third shift at the Mason City Police Department are briefed by Chief Jeff Brinkley before heading out on their respective patrols.

Mason City Fire and Ambulance members prepare to tend to a patient.

Cerro Gordo County Sheriff's Deputy Tami Cavett checks in with a resident while making daily rounds through rural towns within the county.

A cross hangs inside Cerro Gordo County Deputy Tami Cavett's vehicle while she is on duty.

Lisa Grouette is a Photojournalist for the Globe Gazette. You can reach her at 641-421-0525 or lisa.grouette@globegazette.com. Follow Lisa on Twitter @LisaGrouette 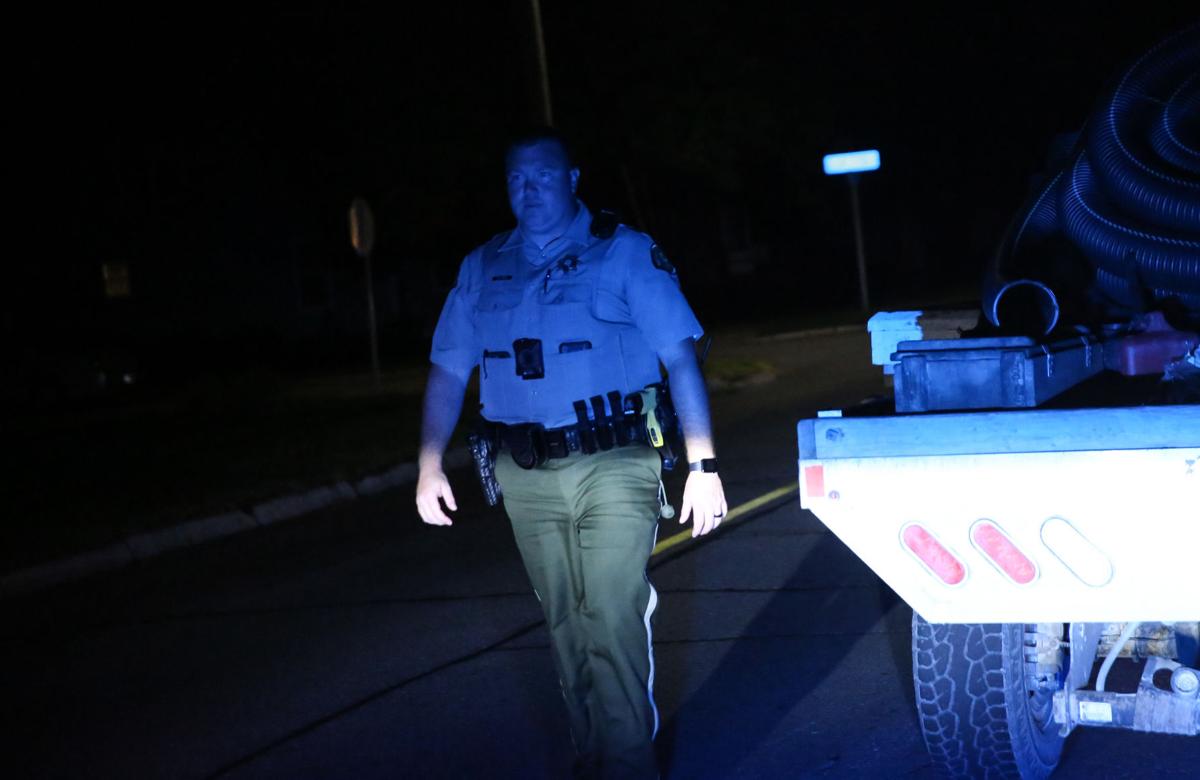 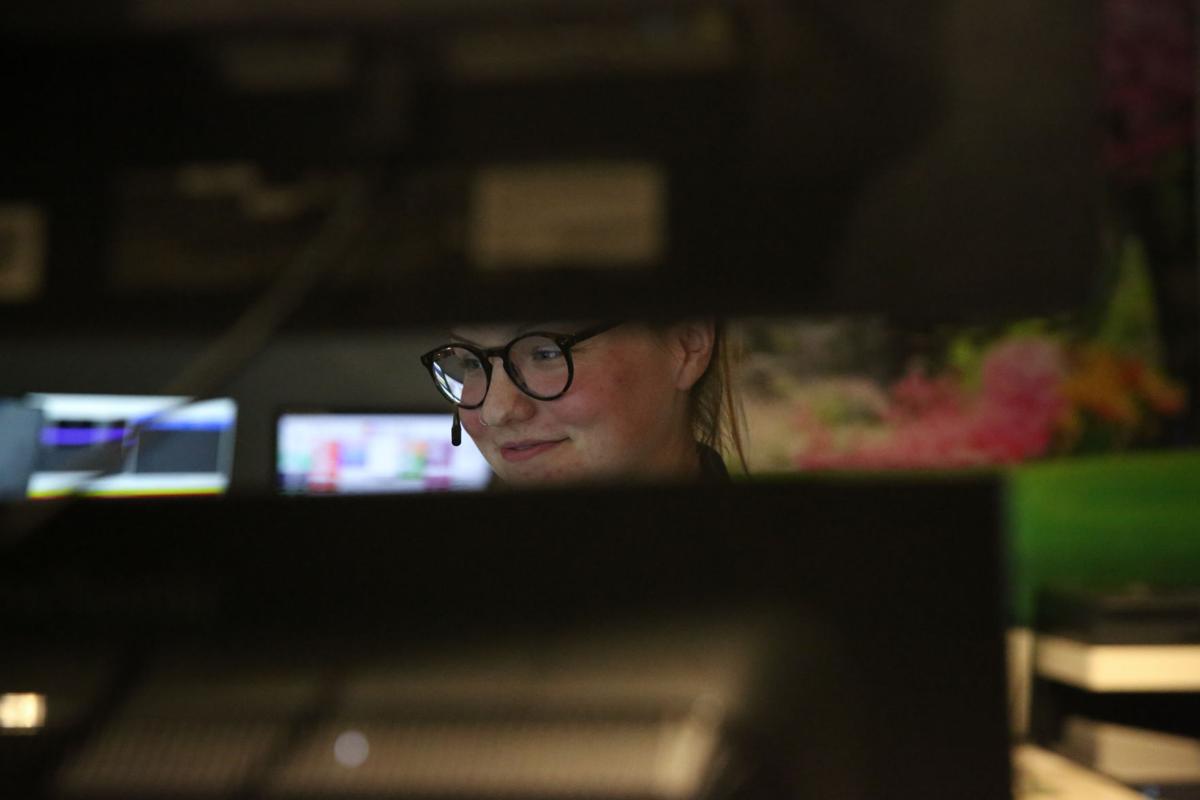 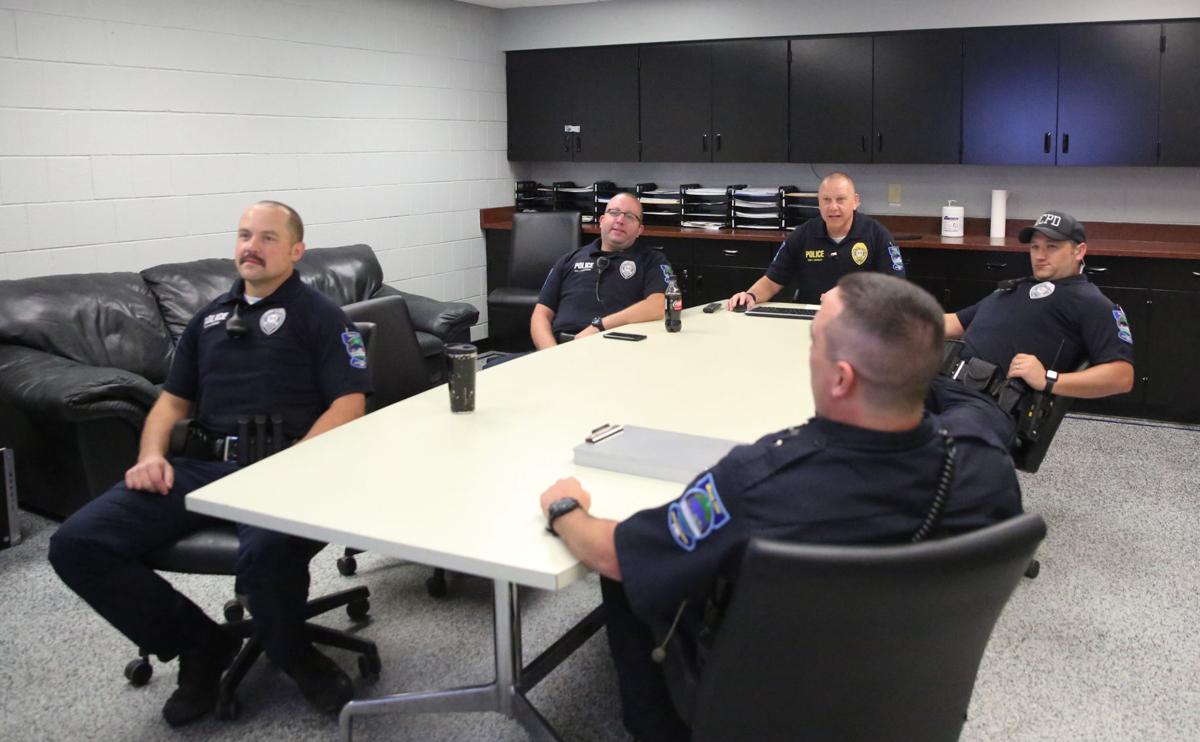 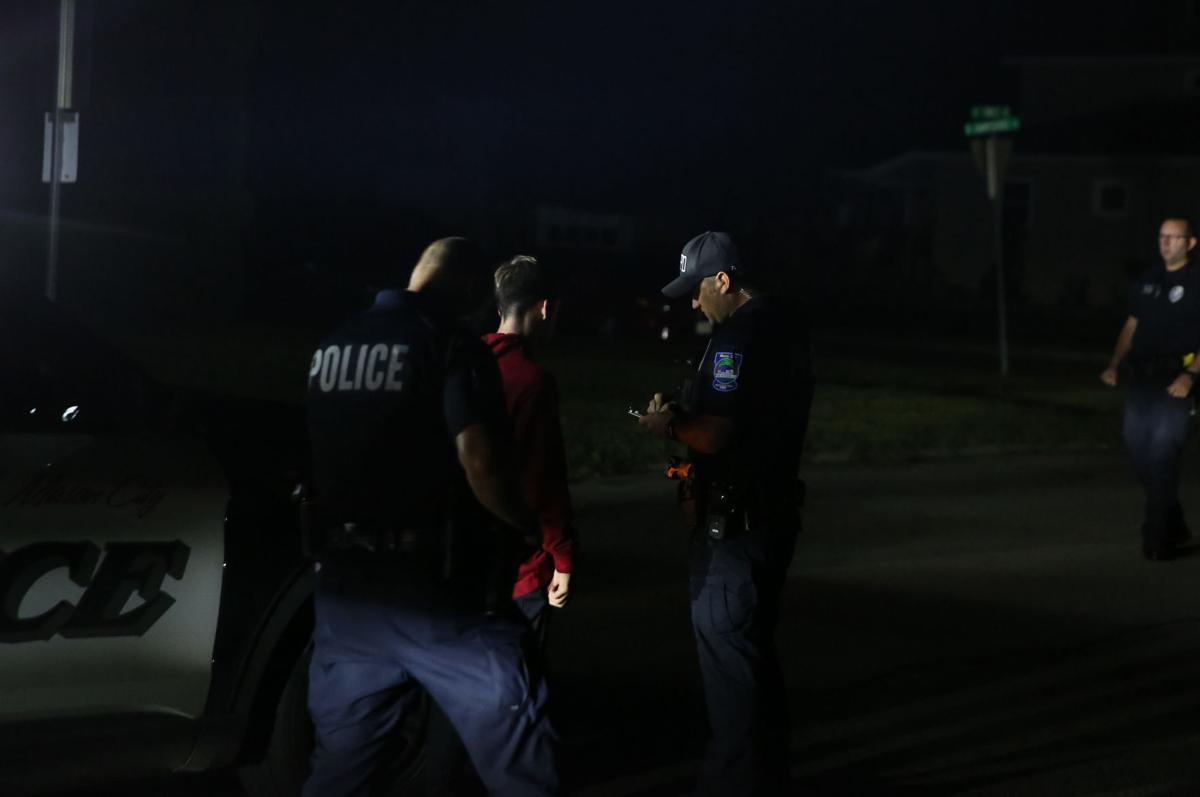 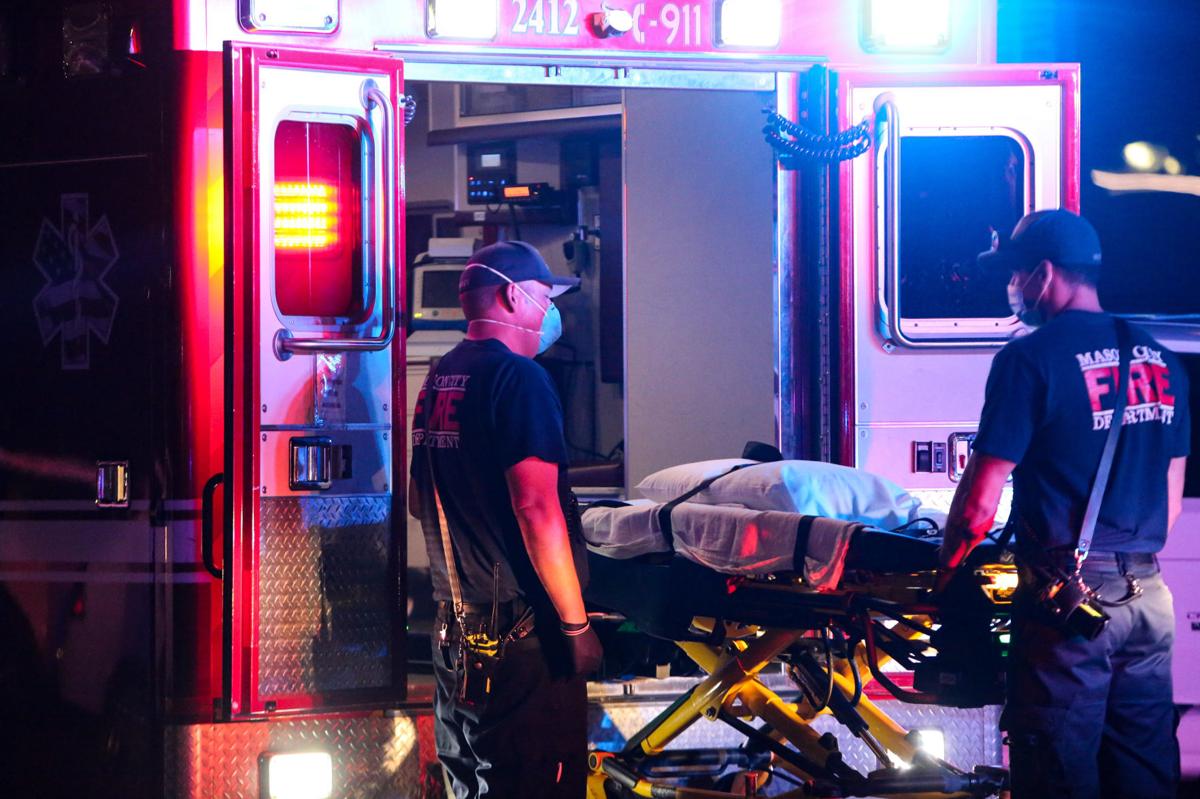 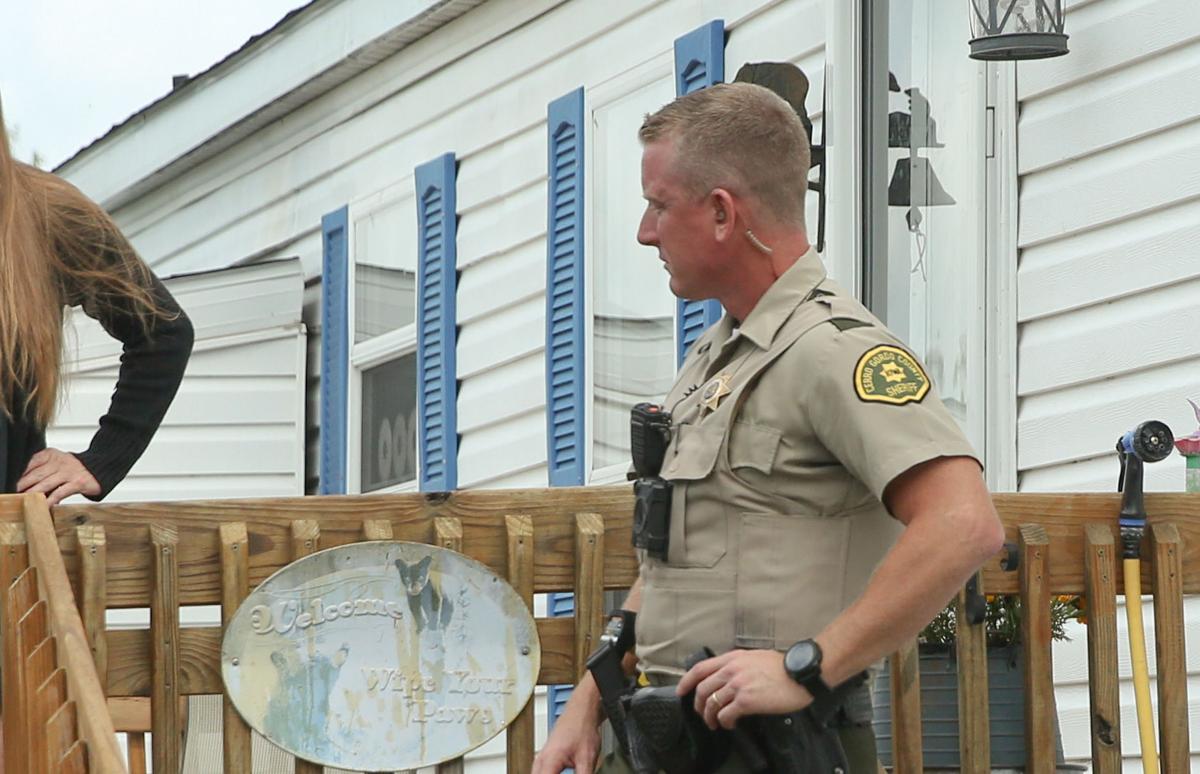 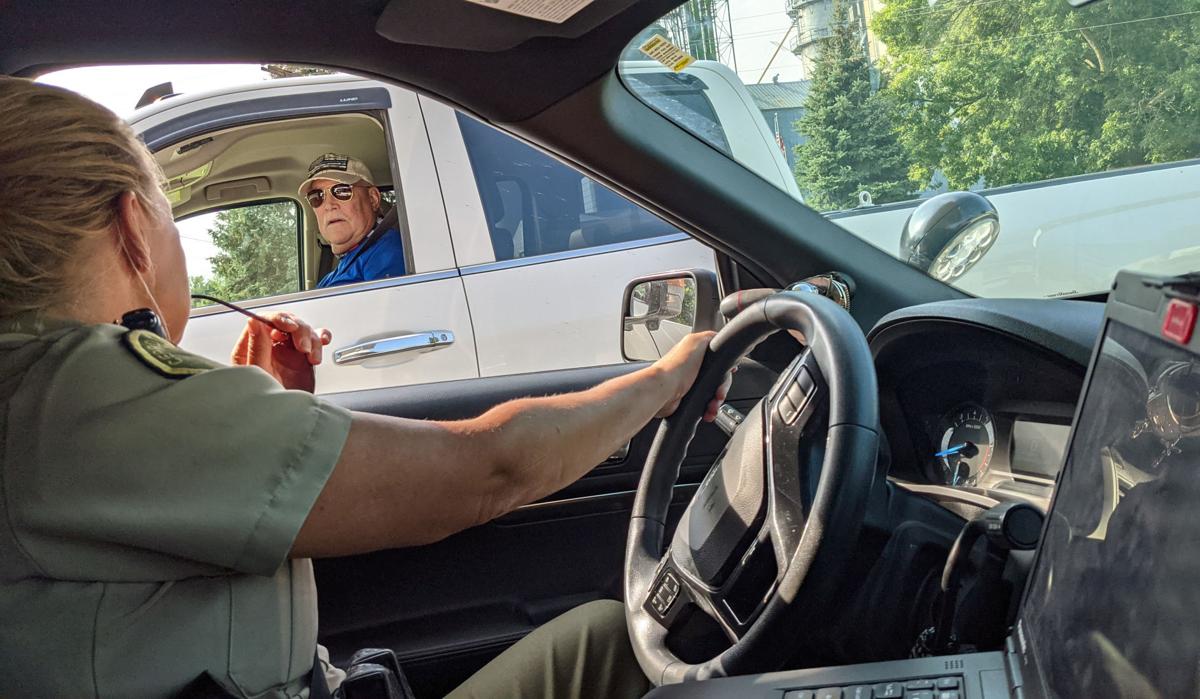 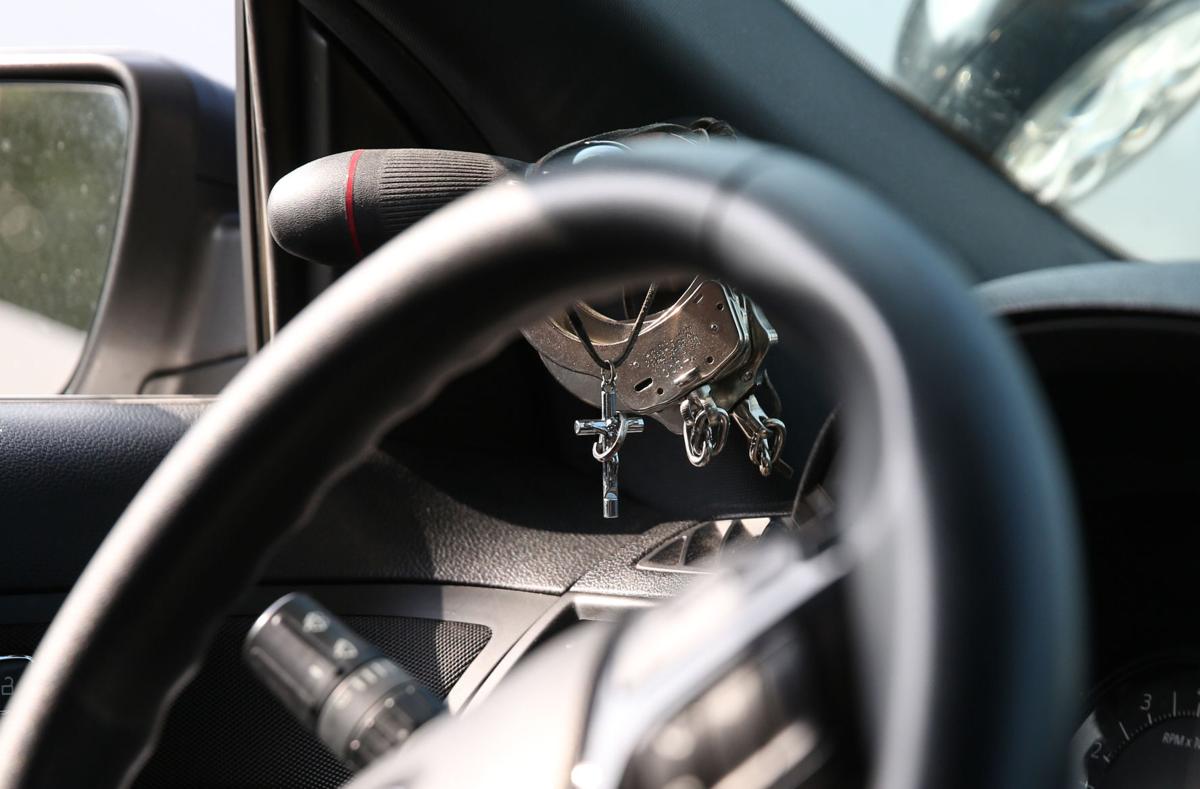 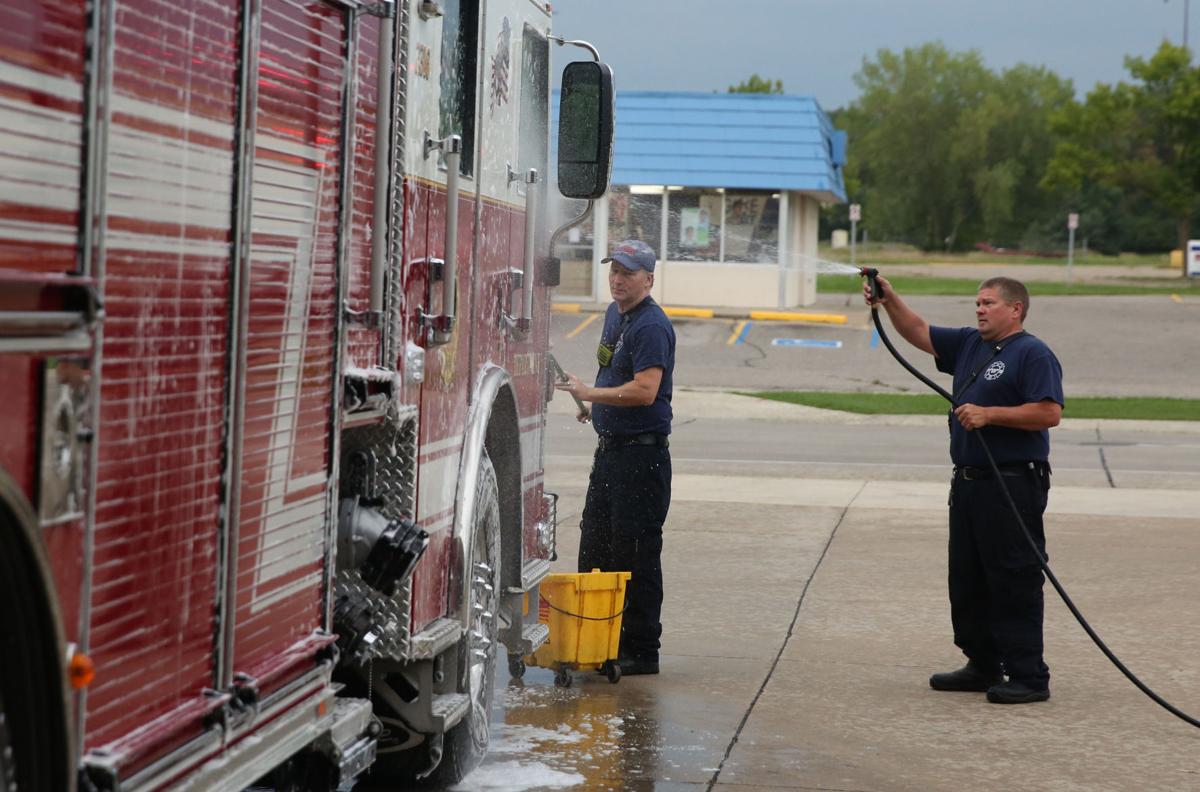 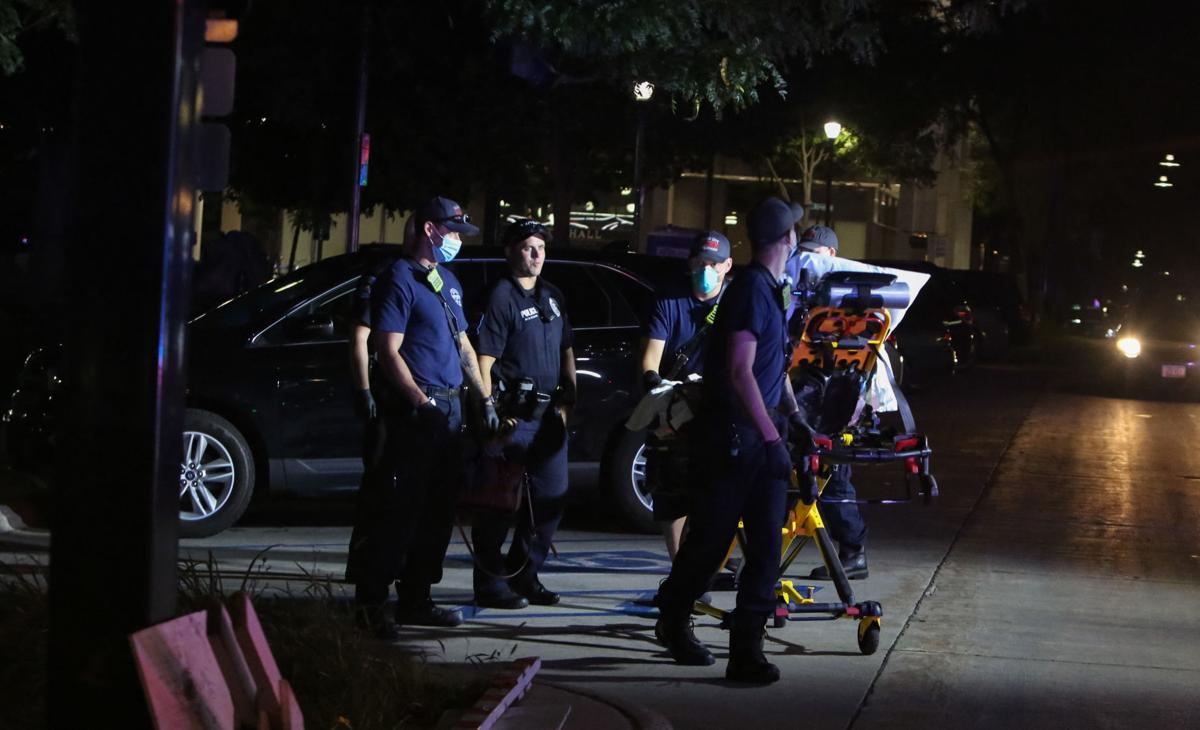 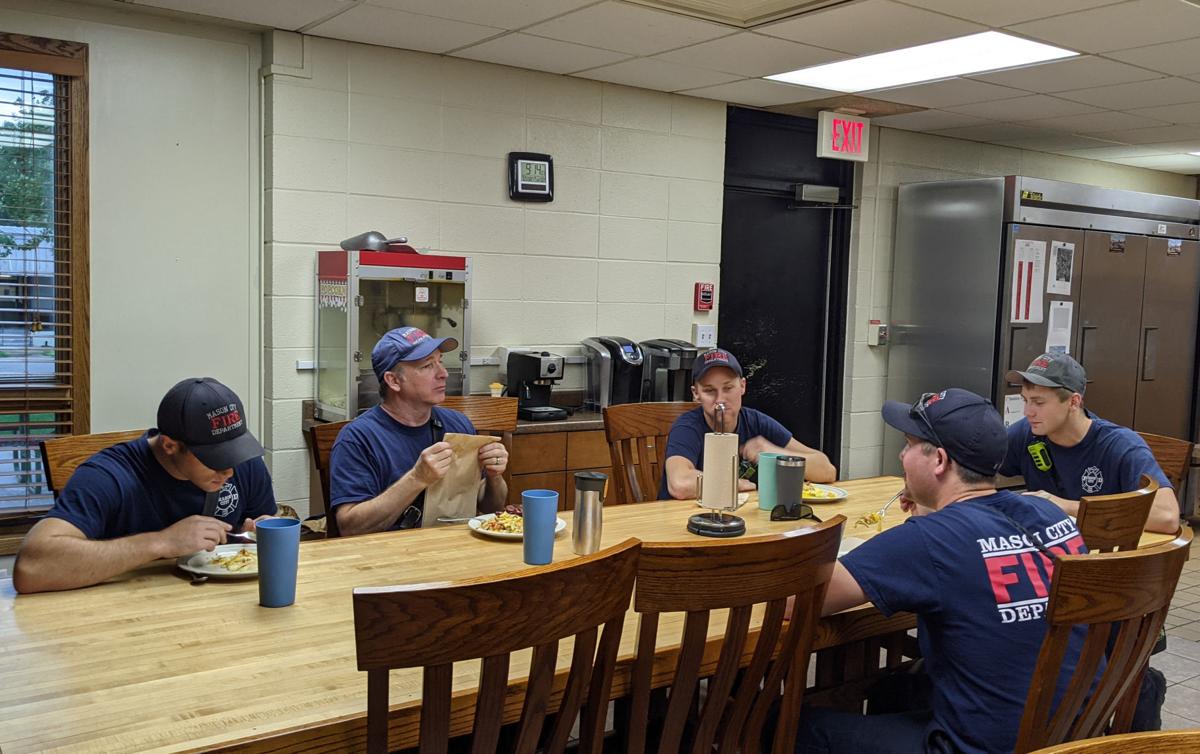 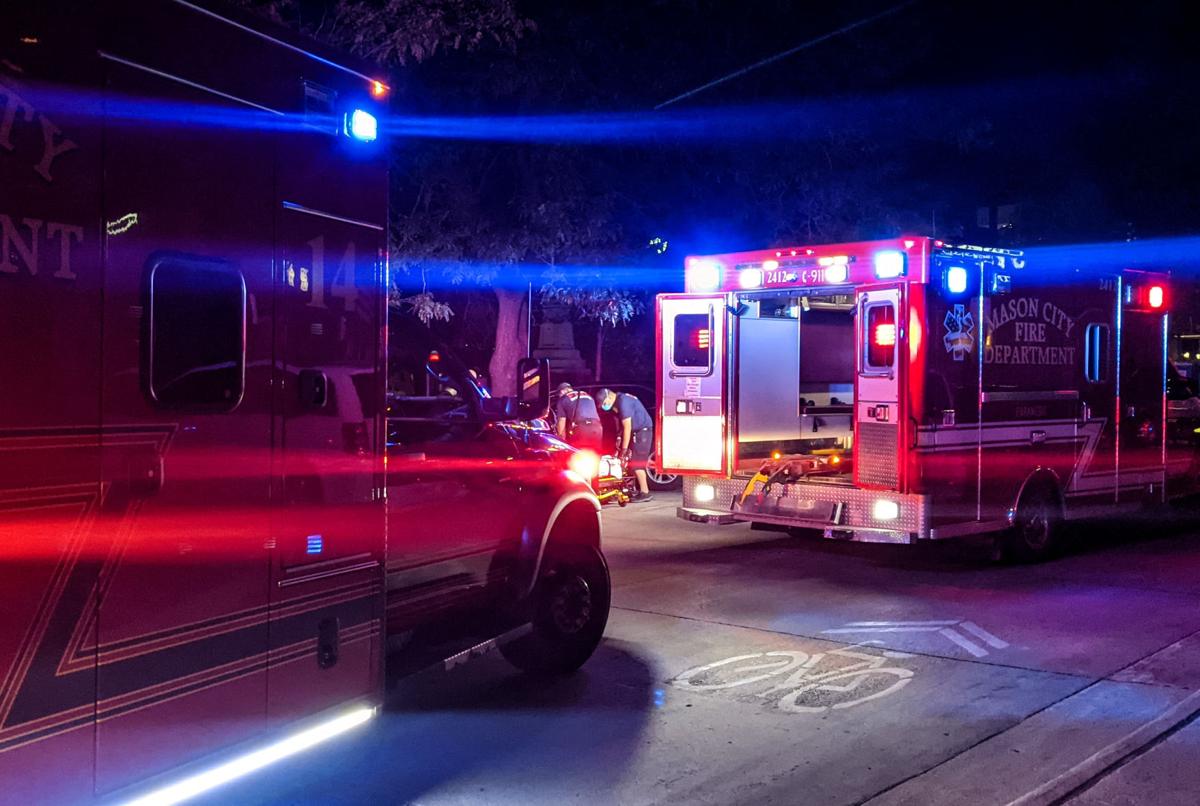 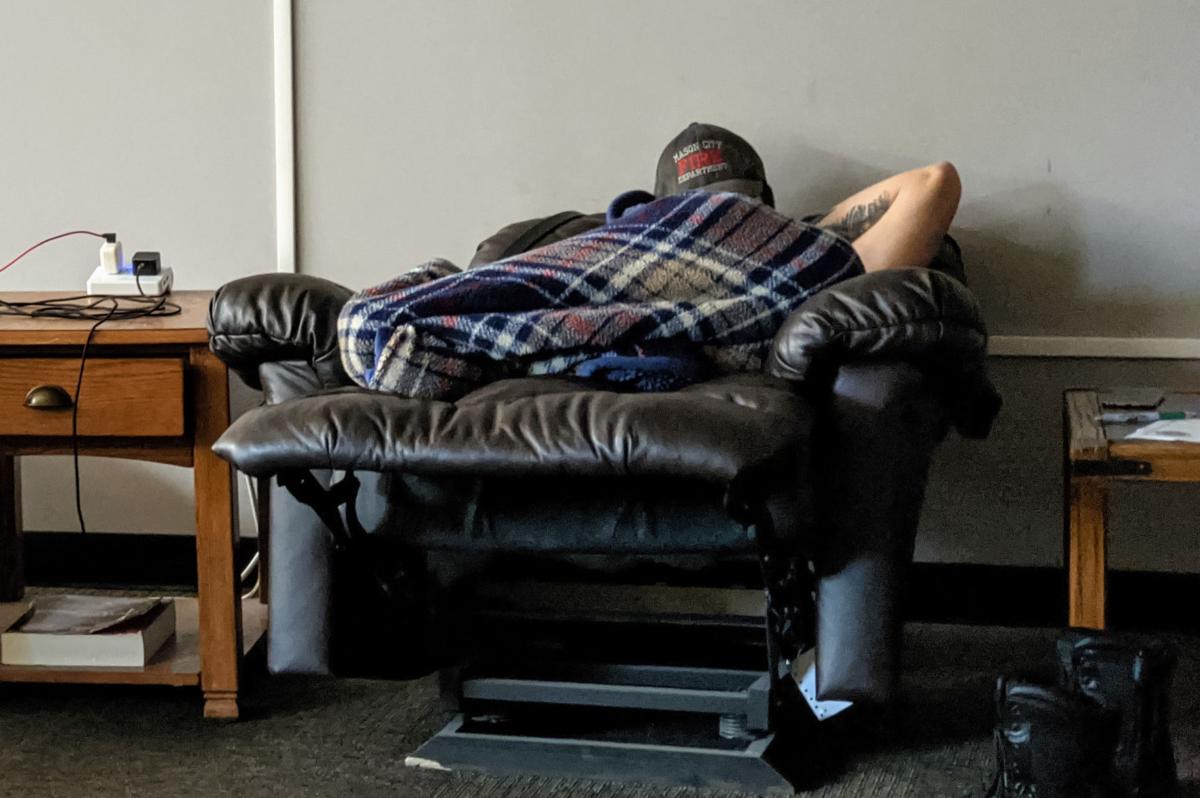 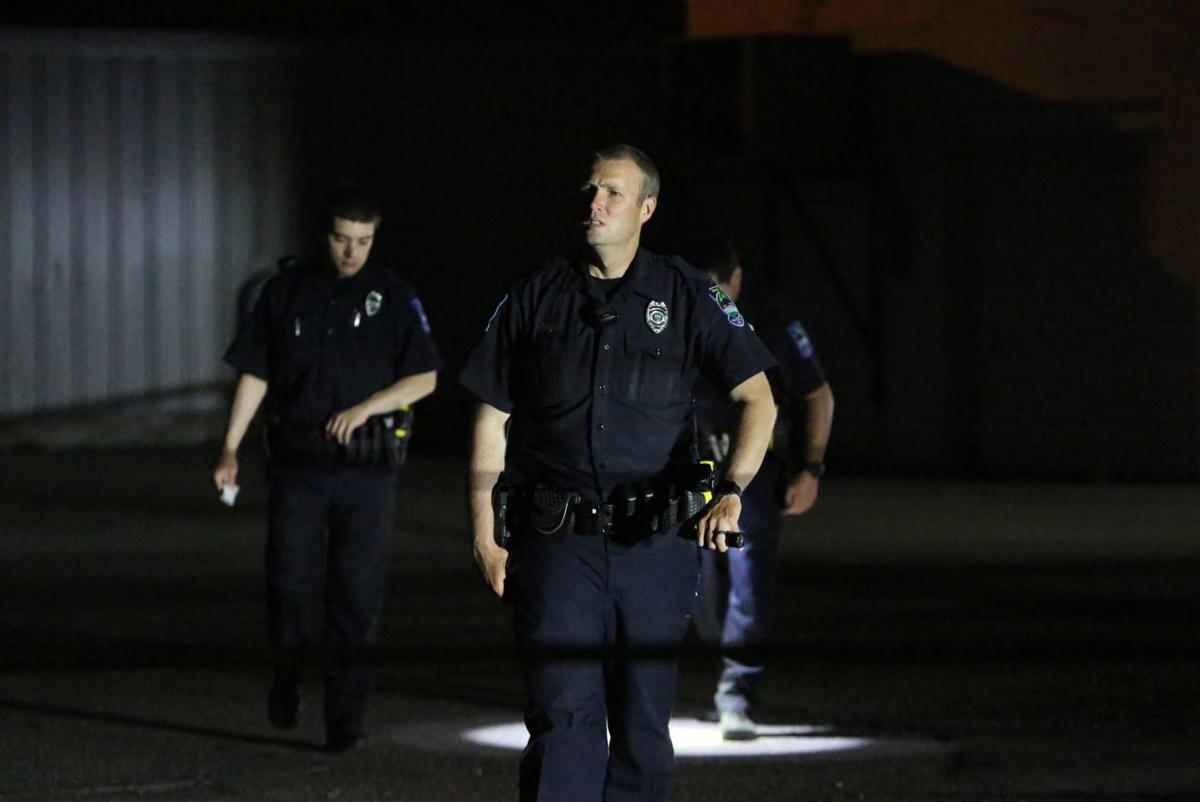 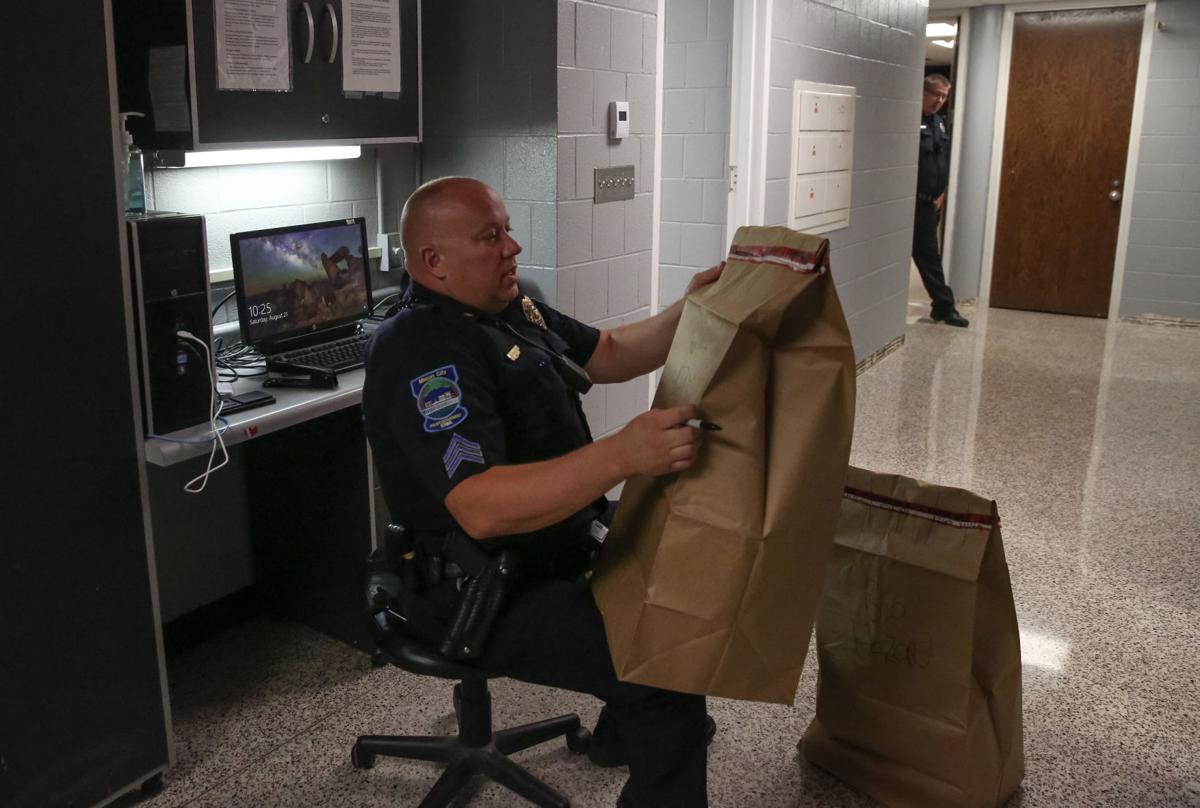