Recording engineer Mark Sampson’s work has brought him in contact with a wide range of artists, from John Mayer to Jackson Browne, Hootie and the Blowfish to Sheryl Crow. Not to mention his first big brush with fame: Prince.

It’s also seen him become a 2022 inductee of the Iowa Rock ‘n Roll Hall of Fame.

“It’s just a job. You know, I just happen to be good at a niche,'' Sampson, a Mason City native with family ties in North Iowa, says of his career. “When you do it day to day, you just don’t notice it…that fame thing — it’s not even in the back of your mind because you’re working. You’re there to do a job” Sampson said.

Mark started his career painting cars in Mason City. He spent free time playing in a band, where took an interest in amplifiers. When he wasn’t satisfied with the sound his own amplifier was making, he started tinkering with the machine, learning how it worked. He had also been traveling to Minneapolis to look at a wider selection of guitars. He thought then how similar painting guitars would to be to painting cars, and decided to try it out.

Sampson bought and painted his first guitar, and when he went back to trade it in, he was offered a job on the spot. Shortly after taking that job, Mark’s first big break came: working with Prince.

Mark started commuting to Minneapolis, where the shop he worked at had been chosen to work on props for Purple Rain. Sampson painted all five guitars for the Purple Rain movie, one of which lives at the Rock and Roll Hall of Fame in Cleveland, Ohio.

“At first there was only the one, (guitar) and then the movie hit. Before the movie was released they said we got to do at least two more. So we built two more, me and a couple other guys.” Sampson also painted tambourines for his tour, “And then when they started touring, I made two more because he kept breaking them.”

Around this time Sampson was also working with a man in England, trading British amplifiers for American guitars. The two would take apart the machines and send them across the pond. Sampson learned how to disassemble and reassemble amplifiers and guitars, and would then sell them to customers throughout the country. Through this work, Sampson learned how sound related to machinery, how to manipulate amplifiers to create different sounds.

“I started noticing things, circuits I liked, and applied that to my general knowledge of what can go into making a better amplifier.” Mark’s buy-sell-trade work put him in contact with many clients and connections. The connections led him to move to LA in ’89, working on Vox amplifiers for studios.

Shortly after moving, he and a partner, Rick Perrotta, got together to create Matchless amplifiers. It became an overnight sensation.

“We were two guys that had day jobs. I was trying to make a living repairing things for people… We took every penny we had to get to this trade show called the NAMM show, which stands for the National Association of Music Merchandisers.” They bought the smallest booth, and got there with hardly any money to even spend on food.

They had no idea that “Guitar Player Magazine” had named Matchless the best amplifier, beating out even the most competitive brands. 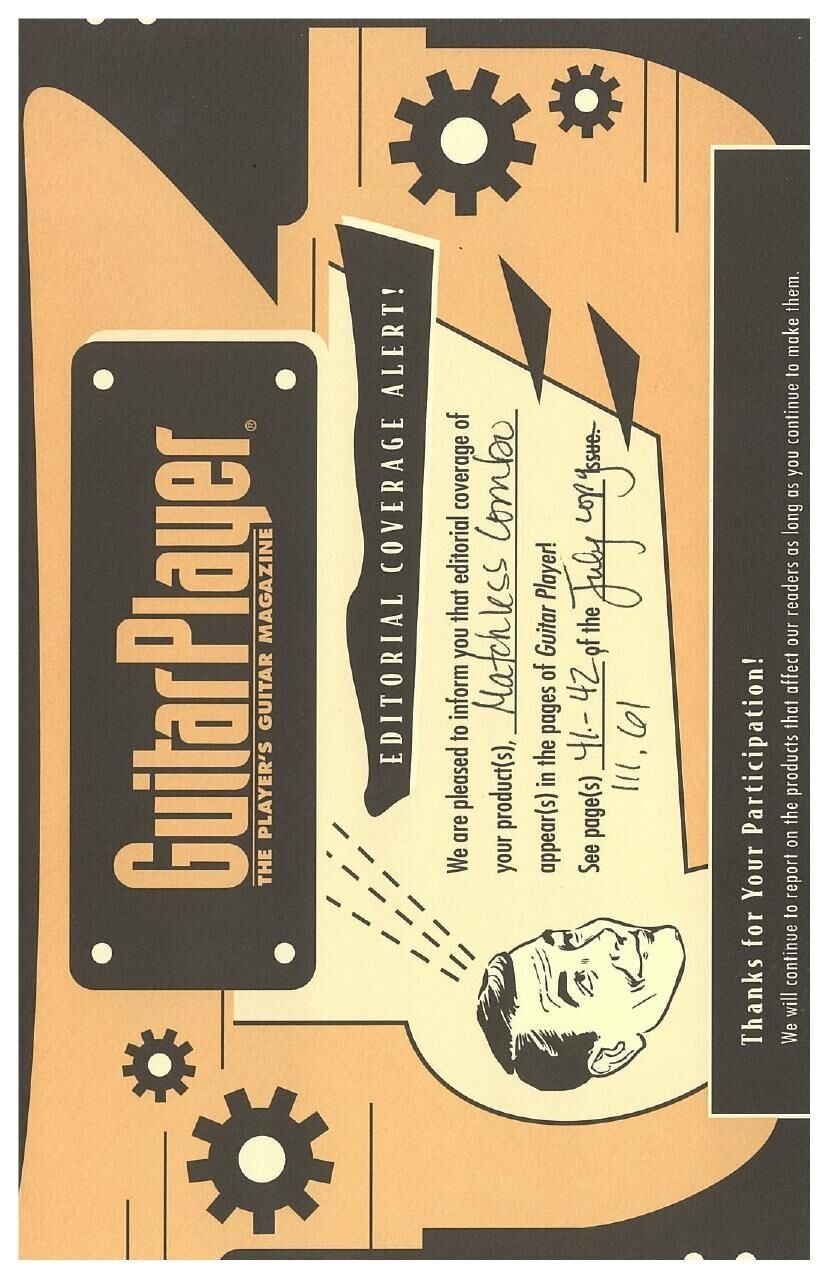 The results were published at the trade show, and Matchless went from having one store to sell their amplifiers to picking up 30 nationwide dealers with a $1 million in backorders. In the ‘90s, half to two-thirds of the bands in the top 100 were playing with Matchless Amplifiers.

“We just want(ed) to get (our) names in print and get some publicity out of the deal,” Mark remembered. “We had no idea what was about to happen.”

Mark ran Matchless from 1989 until 2001. He was exhausted from managing the company, and wanted to get back to working on what he enjoyed, so his partner bought him out. He then worked with recorded guitar sounds first, but evolved into repairing and modifying the recording equipment itself.

From 2004 until 2010, Mark ran another company, Sonic Machine Factory (SMF). SMF built Star Amplifiers and SIB pedals. In 2010 Mark and his partner sold the company and went back to working in recording studios in town full-time.

“Once I connected with (the producers) I had all the work I could do.” He’d go in and work with guitarists manipulating the machinery to fit the sound they were looking for. He worked all hours in recording studios as a technician for a film soundtrack crew through the next seven years, giving him instruments to fix.

“I got really good at reinventing myself almost daily.” Mark said, making strange instruments work the best they can. He remembers coming in one day and seeing an 1890’s pump organ. He was tasked with making the organ work without pumping its feet, and without making any extra noise from an air compressor. His deadline was usually the same day.

He also did a session for a Bruce Springsteen track that needed to be enhanced. They were adding sounds to the tracks when a microphone preamp broke. He said his instructions were: “we’re gonna go get coffee, have it fixed when we get back” he laughed.

Mark parted ways with the company after seven years. The hours had become overwhelming, so he went back to working for individual clients. Now, Mark restores old pieces of equipment; sound machines that have been lost to time, with no blueprints. He hand-makes pieces to try and replicate parts that no longer exist, to restore the machines to their original sound.

“I think the thing I found interesting was solving the puzzles that others couldn’t solve.”

Mark recently built a copy of a piece of equipment that had only been manufactured until 1962, with about 1,000 pieces made. It takes at least three straight weeks of work for Mark to complete a piece.

“There are no schematics, there is no documentation, there’s no anything, it all disappeared over time” Mark said of the equipment. He had to completely deconstruct the broken equipment to rebuild it, taking pieces from other machines to create pieces, and put it back together so the equipment would work as it was meant to.

“I do all kinds of eclectic things like that,” Sampson said. “I’m the last resort on the way to the dump,” he laughed. But Sampson recognizes the importance of the work he does.

“The people that used to do that besides me have died or retired. There’s not many people left that understand that technology anymore.”

Sometimes artists or producers will need equipment that doesn’t exist yet, and they come to Mark to see if he can create it.

“I have a very vague target that I have to hit. It may take three or four adjustments after I’m done.” He likes that challenge as well. When he’s in the recording studio, helping with an artist’s sound, he’s seen the magic that musicians make.

“Being a recording engineer is a lot like a painter. Your job is not to try to create; you’re capturing. When that happens, it’s magic and you know something amazing just happened.”

Rae Burnette is a Weeklies Editor and Daily Reporter at the Globe Gazette. You can reach her by phone at 641.421.0523 or at Rae.Burnette@GlobeGazette.com

In a world focused on extrinsic lifestyles, this year reporter Gretchen Burnette plans to do the opposite: bring people home.

Making Local Legends is a feature series that includes neighbors, strangers, family members, and anyone else in North Iowa with a story to tell.

The goal of this feature series is to promote community by sharing experiences and understanding that each neighbor in North Iowa lives as thoroughly as the next.

If you know somebody, or you are somebody, with a story to share, contact Gretchen Burnette by email at gretchen.burnette@globegazette.com or call 641.421.0523 with a short description of your story.

Sixty years after first picking up guitars and forming a band, members of Mason City's the Ravons will be validated this weekend.

Monkeypox: US ‘drops the ball’ on tests amid vaccine shortage

This AI designed, 3D-printed hyper-car gives us a glimpse of the future

This AI designed, 3D-printed hyper-car gives us a glimpse of the future 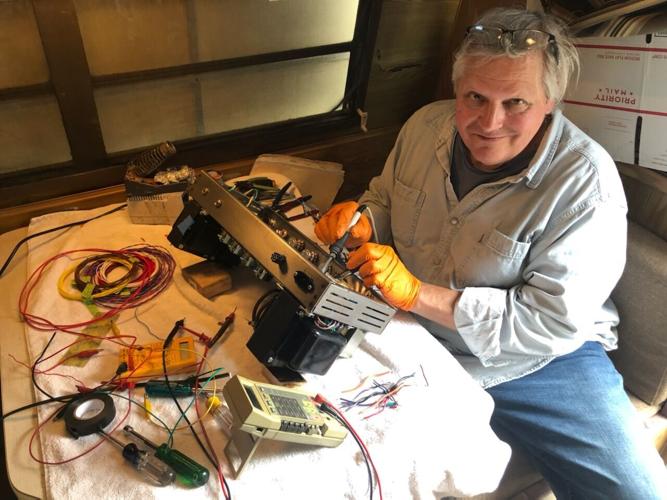 Mark Sampson works on a piece of sound equipment. 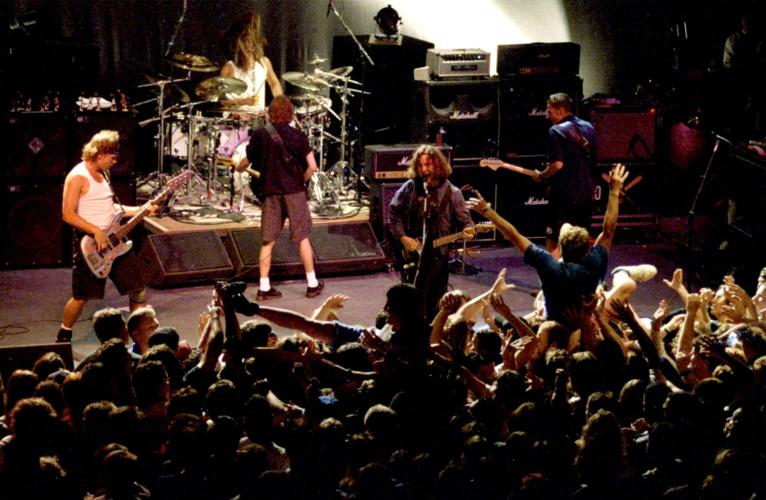 A Matchless amplifier can be seen on stage at a 1993 Pearl Jam concert at the Dennison Theatre. 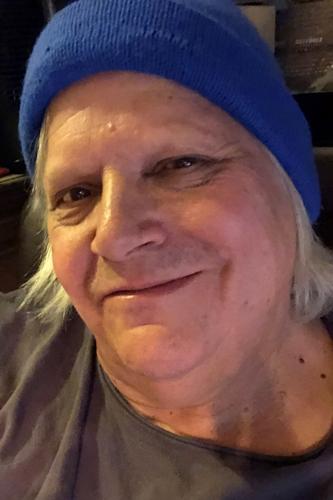