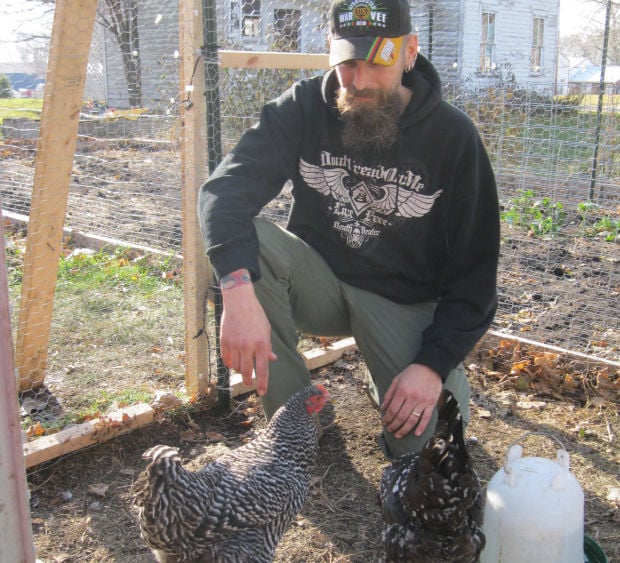 Leo Hendrick checks on his chickens at his Northwood home in this Nov. 15 photo. 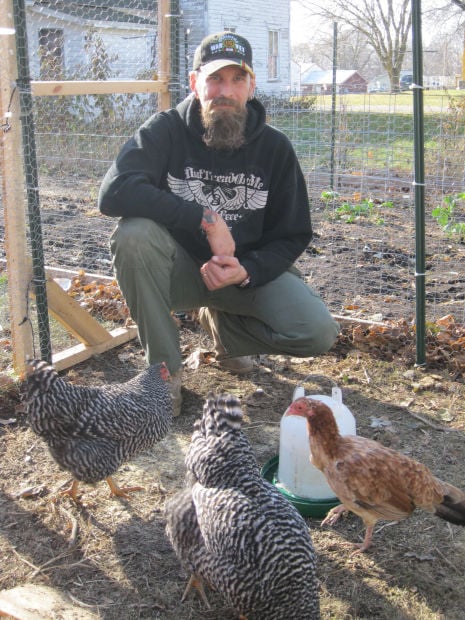 Leo Hendrick is shown with some of his chickens at his Northwood home in this November photo. 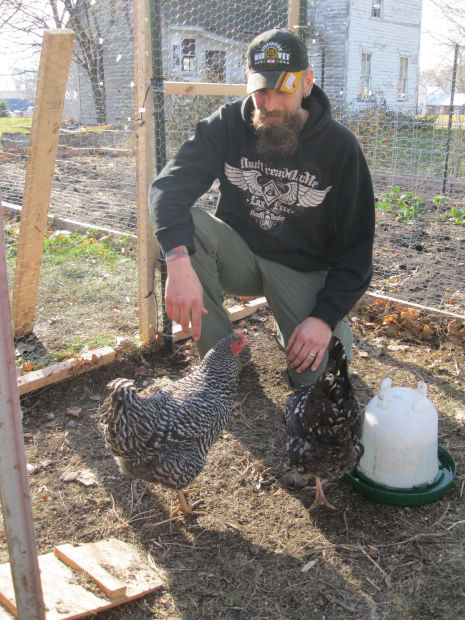 Leo Hendrick checks on his chickens at his Northwood home on Friday.

NORTHWOOD | Leo Hendrick is taking on City Hall over a dozen chickens.

The Northwood man, who lives at 602 First Ave. N., was issued a citation in September for keeping chickens within city limits.

Now he’s going to court to fight the ticket.

“I am not going to have somebody dictate to me what I can and can’t feed my family,” Hendrick said. “That’s what it really came down to. I am willing to go to court over it to fight this.”

Northwood City Code Section 55.05 states: “It is unlawful for a person to keep livestock within the city except by written consent of the council or except in compliance with the city’s zoning regulations.”

Mayor Jane Bloomingdale declined comment on the case since it is set to go to trial. She did say Hendrick approached the council about keeping chickens, but that request was denied.

Hendrick also brought the City Council the draft of an ordinance that would allow keeping chickens within the city limits providing the homeowner had the consent of neighbors and no roosters would be kept.

The proposal also spelled out how many chickens could be kept legally and included proposed cleanliness regulations.

Hendrick said he and his wife, Jerilea, and their two sons, 8 and 2, try to live a sustainable lifestyle. They do not eat processed meat. They grow their own vegetables, hunt for meat, raise rabbits for meat and want to raise their own eggs.

“It’s freeing us from the corporate farming, basically,” he said. “The pesticides, the hormones — all the garbage that they stick into food nowadays, that’s what we are getting away from.

“We want to know where our food is coming from. That’s why we do it. This is better for our kids and for us, too,” Hendrick said.

The family has lived in Northwood for nearly six years. Hendrick is an Army veteran and owns Spartan Arms, a gun dealership in downtown Northwood.

A jury trial is scheduled for 9 a.m. Tuesday, Nov. 19, in Worth County. Hendrick will be acting as his own attorney.

Some cities allow chickens within residential areas, and “urban chickens” are becoming popular in some parts of the country as more people look for ways to grow their own food.

Northwood man: War over chickens isn't over yet

NORTHWOOD | A Northwood man may have lost a court battle over his dozen chickens but for Leo Hendrick, the war over the backyard birds isn't o…

Leo Hendrick checks on his chickens at his Northwood home in this Nov. 15 photo.

Leo Hendrick is shown with some of his chickens at his Northwood home in this November photo.

Leo Hendrick checks on his chickens at his Northwood home on Friday. 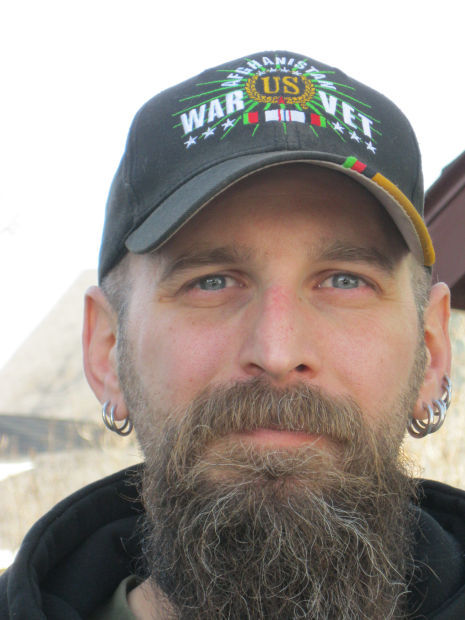