McConnell says Trump, others 'provoked' attack on US Capitol

If Jack Vooge had lost one more drop of blood; I should have called for a Medivac. I was springing a leak or two myself, but my injuries were nothing compared to the sight of Jack’s hands and wrist. Meat grinder was the term that came to mind.

It was early October in northern Minnesota and we were engaged in the painful process of removing an entangled peregrine falcon from the webbing of our mist net. Utilizing its hooked beak with machine gun rapidity, the enraged female was snipping away chunks of human hide with all the efficiency of a woodpecker tearing into a rotting log.

Ben Ohlander was our party’s third member. A world authority on northern goshawks, the Denmark native has trapped hundreds of migrating hawks. To put our situation into perspective, Ben noted that he had never seen a hawk as wild as this one, nor had he ever witnessed a bird that bit so freely or with such devastating effect.

Don’t get me wrong. No one was complaining. Netting a wild peregrine is always a stellar accomplishment. But for me, the event had an even greater significance. The captured falcon represented the big-time payoff of an intense, two-year quest aimed at obtaining a wild peregrine to be used in falconry -- the ancient art of hunting wild game with a trained raptor. Critically endangered during the 1970s, peregrine populations have recovered to the extent that the U.S. Fish & Wildlife Service has currently sanctioned a limited take of young-of-the-year birds for falconry. Iowa and Minnesota are each granted five peregrine permits annually, and trapping dates are timed to intercept arctic nesting [tundrius] falcons enroute to South American wintering grounds.

Once the falcon was safely removed from the net, we quickly fitted the bird with hood, jesses, swivel and leash. Following the application of a few bandages, we celebrated our good fortune. Although ecstatic over the prospect of training the freshly trapped falcon, I was also somewhat apprehensive. As Ohlander noted, none of us had ever seen a hawk more vicious in temperament. But first impressions can be deceiving, and I remained optimistic.

Driving straight back to my home in northern Iowa, I immediately began training. The initial process of getting a falcon adjusted to being near humans is called manning; and the way to a raptor’s heart is through its stomach. Sitting in a dimly lit room, I offered the falcon tidbits of meat which she, of course, refused. On the second day, she decided to tentatively accept my offerings. By week’s end, she was enthusiastically feeding in full light.

During our second week, I began hopping the falcon from her perch to my fist. On week three, I introduced her to the lure -- a leather disc garnished with meat. When swung on a line, the lure is used to recover a falcon during free flights. For the time being, however, the hawk would remain clipped to a 40-yard-long leash while being called to the lure once each day. During our week-long session, she never once over flew the lure or attempted to escape. But most amazing was the change in the falcon’s demeanor. By the end of our second week, her personality had transitioned from fearsome Dragon Lady to the sweetest, calmest, gentlest bird I’ve handled. By the end of our third week she was ready to fly free.

But although the falcon may have been ready for free flight; I was not. I have literally been dreaming of flying a wild peregrine since I was 10 years old. And although I’d flown a total of 14 captive reared peregrines over the years, this bird was  more precious. This would be the first wild-hatched peregrine to ever be flown in Iowa and the last thing I intended to do was lose her because of inadequate training. But following a few more sessions with the lure, I realized that it was past time to bite the bullet and turn her loose.

For the falconer, a new hawk’s first free flight is a harrowing event. At this stage of the game, the bond between wild bird and human handler is fragile at best. Once it leaves the glove, the hawk can say adios whenever it likes. This is especially true with highly migratory, arctic birds. Upon leaving their summer nesting cliffs in northern Canada and coastal Greenland, falcons marked with satellite transmitters have reached wintering grounds in Chile and southern Brazil in as little as 10 days.

The peregrine I was about to liberate had been doing just fine before we met, and she certainly didn’t need me now. If she chose, she could easily continue her journey and be chasing shorebirds in sunny South America by sometime next week.

Up Up and Away

Traveling to an open hilltop, I set the falcon on a perch, removed her hood and leash, turned my back, and walked away. After moving a distance upwind, I turned and produced the lure. The peregrine immediately took wing and came directly to the garnished offering as if we’d been doing this for years.

Falcons are not pets, and I don’t usually name my birds. In this case, I made an exception and decided to call the hawk Aurora -- a symbolic reference to the remote, unknown regions from whence she came.

I soon began launching Aurora directly from the glove, letting her wander the sky a bit longer with each session. On a crisp afternoon in early December, the falcon climbed into the wind and kept going until she was lost to view. Although I could no longer see her, I had equipped the bird with a tail mounted, telemetry transmitter and was able to track her general whereabouts with a radio receiver. Although the transmitter signal varied at times, it eventually grew stronger again until I spotted the bird returning to my position. I was never happier to see a hawk descend to the lure. For me, the event was both scary and exciting -- a stark reminder of how easily the bird could resume her life in the wild.

Since that December afternoon, it has not been uncommon for Aurora to range beyond my vision. But she has always returned; her loyalty is amazing. She’s the only falcon that I haven’t had to “beep down” with telemetry on at least a few occasions.

Like all peregrines, Aurora loves to hunt and will chase just about anything she sees. In previous generations, peregrine falcons were most commonly known as "duck hawks." This falcon certainly lives up to that name and will travel any distance to pursue waterfowl. She especially loves to harass field feeding mallards, hazing flocks containing hundreds of tightly massed ducks up and down across the sky like so many terrified starlings. The choreographed spectacle is breathtaking to behold, and Aurora apparently does it just for fun - rejoicing in the sheer exhilaration of dominating the winter sky.

ICYMI: Stories from the weekend you might have missed

DES MOINES — Many followers of the Iowa Legislature and the state lawmakers who work in the state capitol may know Matt Windschitl, the new ma…

His retirement means Reynolds will have named court majority.

The state official in charge of Iowa’s economic development and finance authorities told lawmakers Wednesday she believes the state tax credits for the restoration of historic properties no longer should be available to Iowans who own and occupy the property. What are your thoughts?

There are a lot of good reasons to visit Iowa’s winter woodlands. Listening to the eerie, nighttime serenades of resident owls ranks high on the list of favorites. 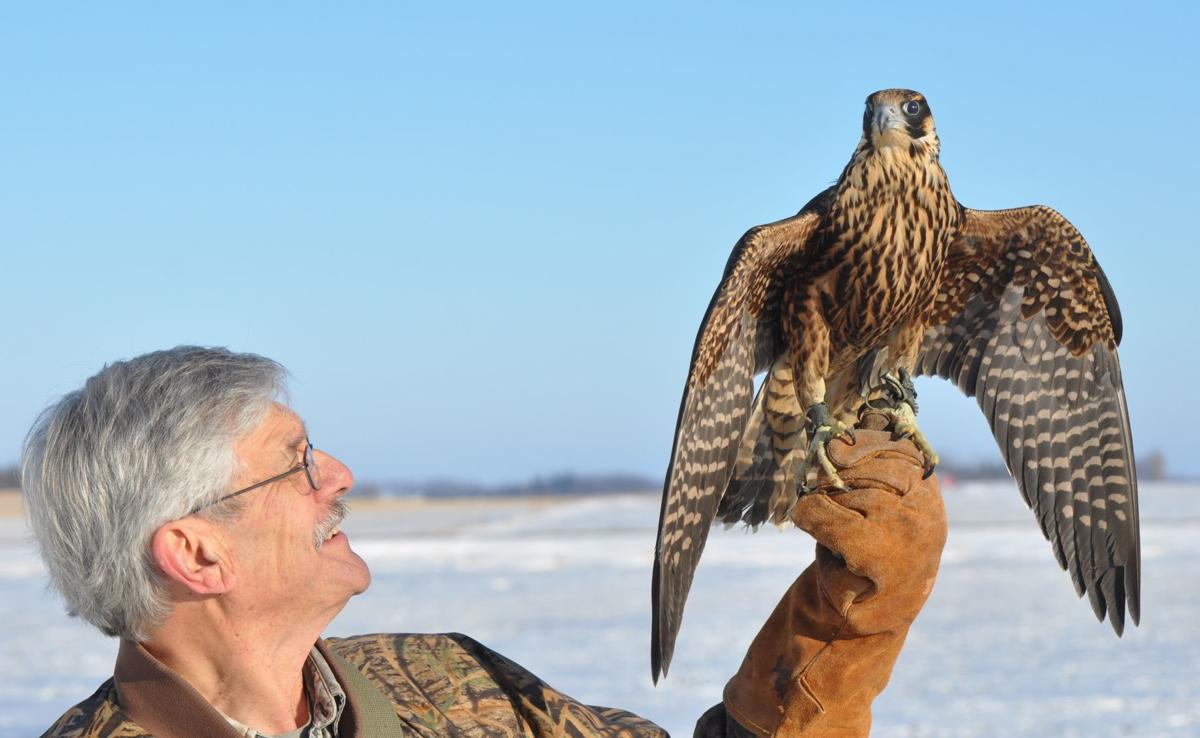 Ready To Fly - Like all peregrines, Aurora loves to hunt and will chase just about anything she sees. 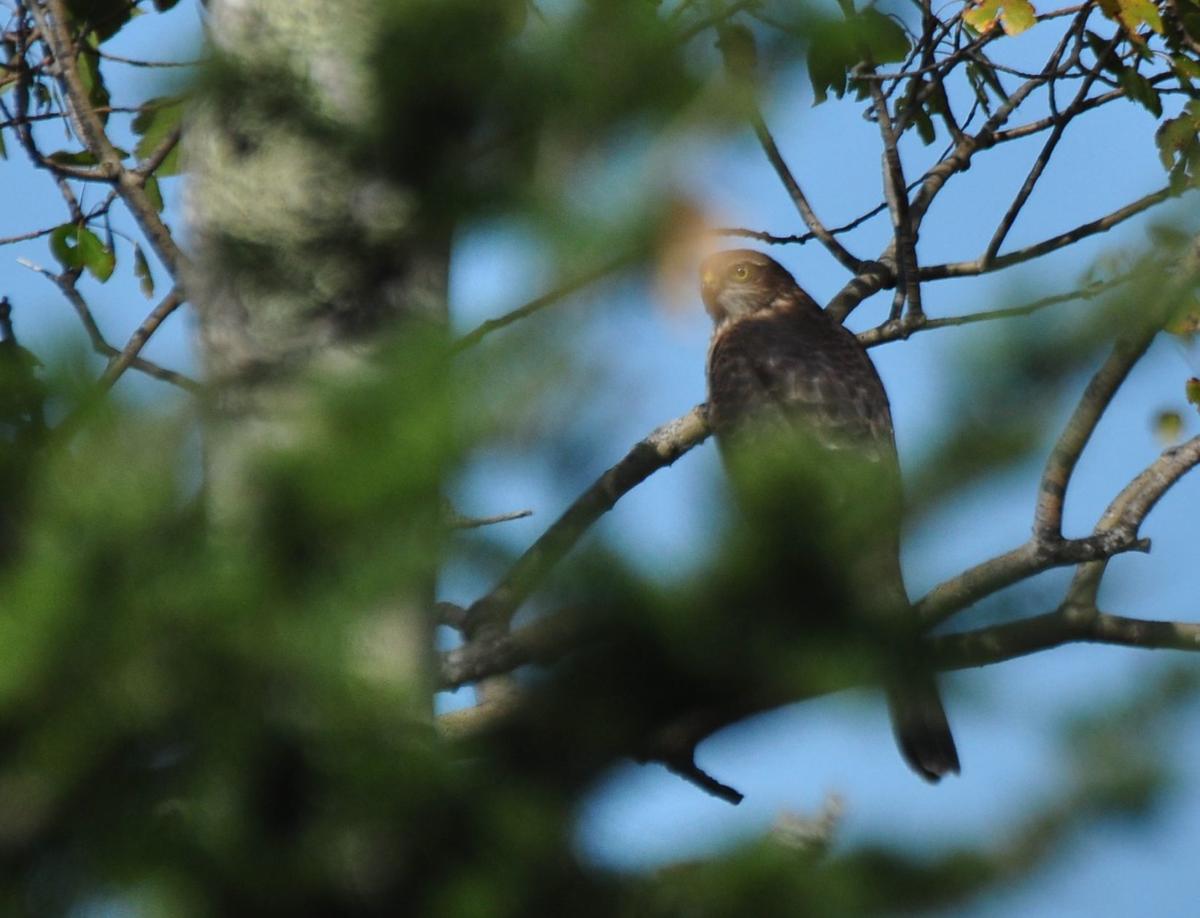 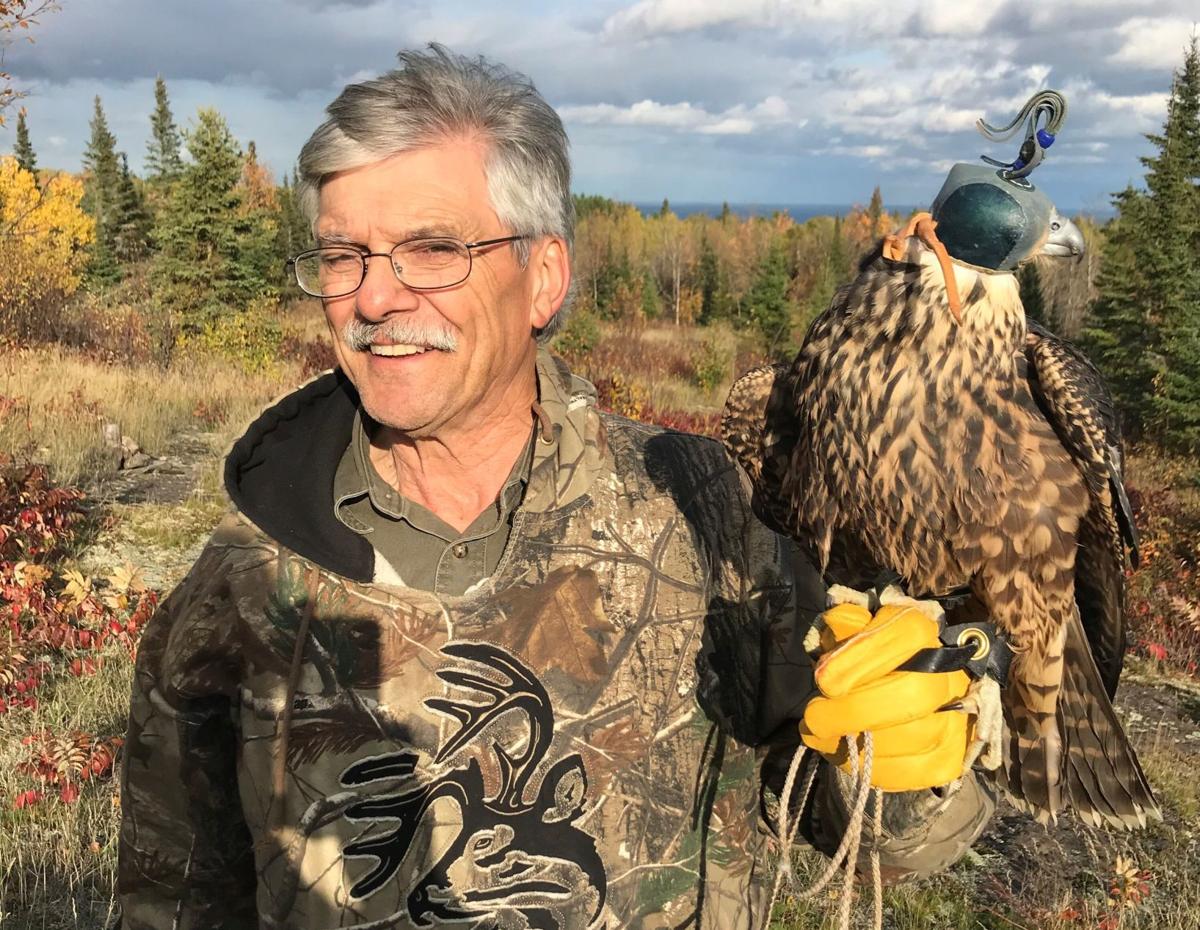 Lowell Washburn’s fresh from the net, peregrine falcon trapped near Lake Superior’s northern shore. Returning from the brink of extinction, the falcon represents the culmination of a boyhood dream that was harbored for more than 60 years.