In its second year, the fundraiser at the North Iowa Events Center on Saturday, June 26 has a twofold purpose.

The first of course is to raise money for the North Iowa Fair itself, which gets going Aug. 5 and runs through Aug. 8.

"Still a free fair and we want to keep it that way," fundraiser organizer and Fair Board Member Lisa Canedo said.

According to her, the other purpose of the fundraiser, which is largely taking place in the "All-Seasons Building," is to keep it ever present in people's minds that there is a constant churn of events happening at the North Iowa Events Center all year long. The more aware people are of that, the likelier they are to come out and take stock of all the updates that have been made in the past year.

"When you’re a nonprofit and have to take care of everything," Canedo said. "We want people to see those changes. We don’t want those fairgrounds to go away."

Per Canedo, the fundraiser will feature a rummage sale, a silent auction and at least 91 vendors from all around Iowa and even into southern Minnesota.

"We’re just trying to support the in-home businesses and getting people to know we’re out there," she said.

When people get out there for the event, they're able to give a free will donation at the door. Canedo said that sort of thing helps cover the cost of fixing any stuff that may break out at the North Iowa Event Center. As for a goal, she said that a target of $10,000 could be doable because the table donations for the silent auction alone already total $5,000.

During a tour of the North Iowa Events Center in early January, director Jim Barkema and North Iowa Fair Board President Scott Miller showed off practical updates such light bulb replacements and floor resurfacings as well as larger plans such as a new 4-H building  redone with a new HVAC, heaters and ADA compliance.

They also made clear that the North Iowa Fair shifted from July to August so that it wouldn't have to compete with as many other fairs in the region. It could stand alone.

"More of a regional type event in the future," Miller said.

To get to that regional status takes money, which events such as the fundraiser intend to address. Canedo thinks they're headed that way.

"It’s going into a very positive direction," she said.

Based on available tax forms on the Guidestar website, which tracks info on nonprofit organizations, expenses for the North Iowa Association totaled $639,298 on its 2019 990 form while revenue was at $526,218 which is a negative difference of $113,080. End-of-year assets totaled $772,387. For 2018, public support for the North Iowa Fair Association amounted to $545,854 in various gifts, grants and gross receipts.

After a night of dancing and auctioneering, the Mason City nonprofit 43 North Iowa found itself with $92,397 to put toward a worthwhile cause.

Mason City Community Schools “The Future Is Now” campaign has received a pledge of $15,000 from Clear Lake Bank & Trust.

The four-part lecture series kicks off next week on Tuesday, June 15. 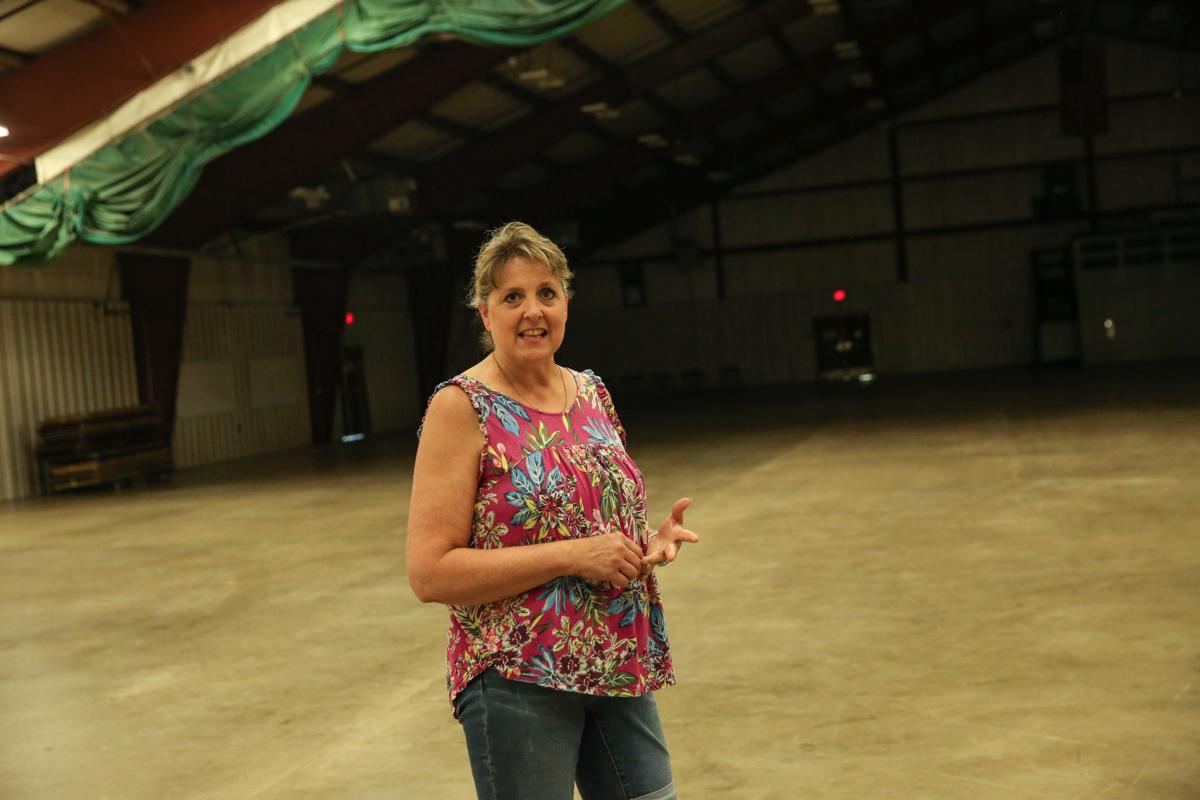 Sale organizer Lisa Canedo stands in the All-Seasons Building at the North Iowa Events Center, which will house the large-scale fundraiser on June 26. All of the money raised at the sale will be put back into improvement projects at NIEC. 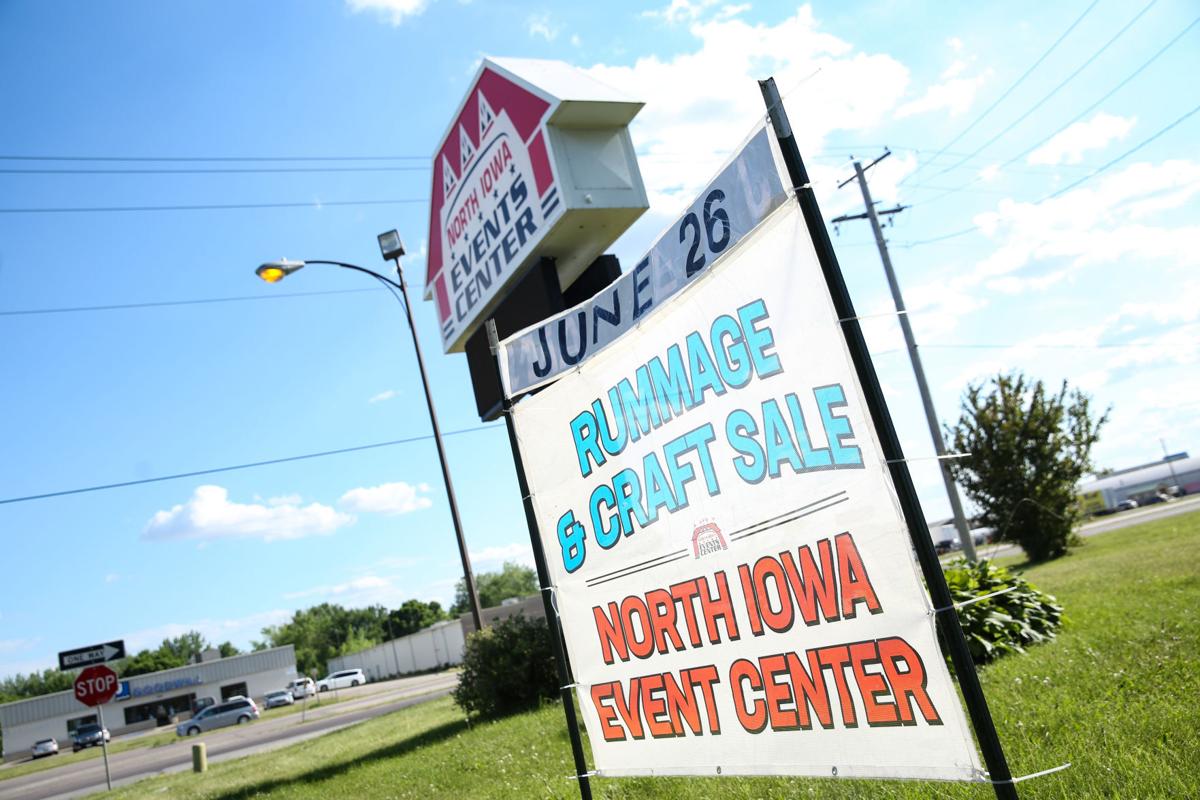 A sign for a large-scale sale to be held June 26 can be seen posted just outside the North Iowa Events Center's main gate. All of the money raised at the sale will be put back into improvement projects at NIEC. 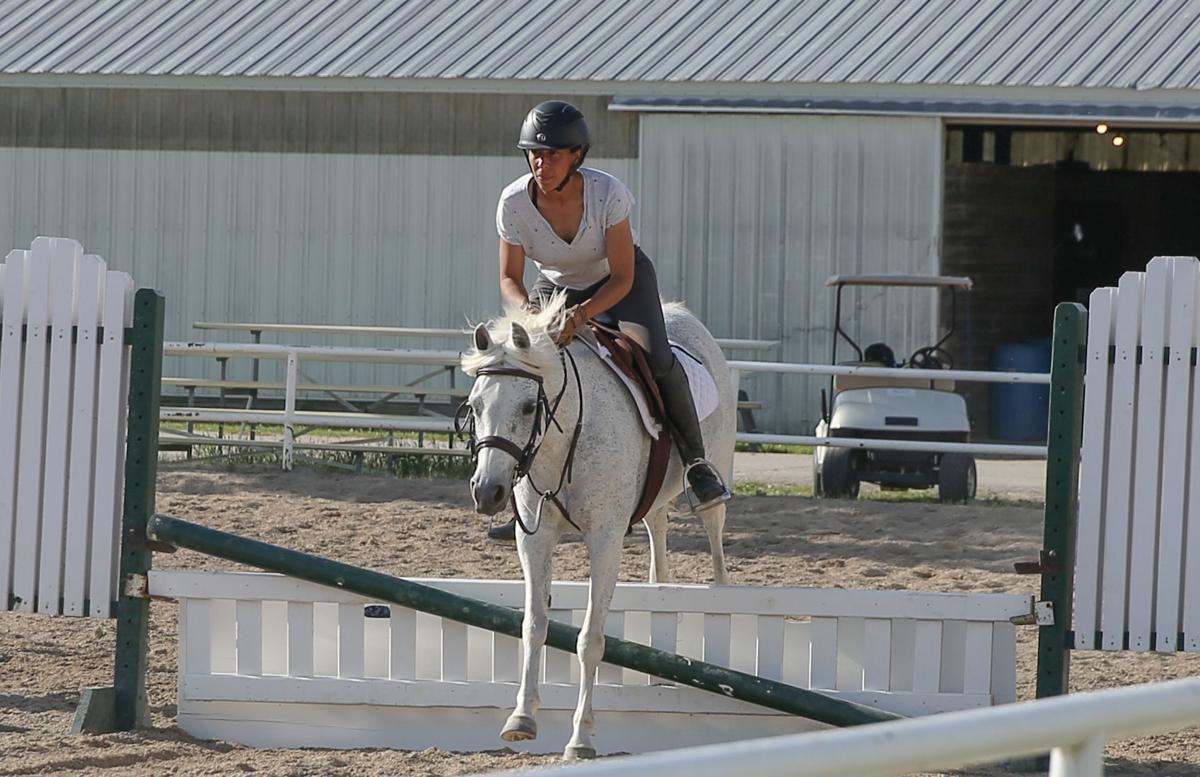 A Mid States Show rider practices the course at the North Iowa Events Center on Thursday. Along with horse shows, the Events Center accommodates a host of ag, home, and craft events, a free annual fair, barbecue competitions and live entertainment throughout the year.