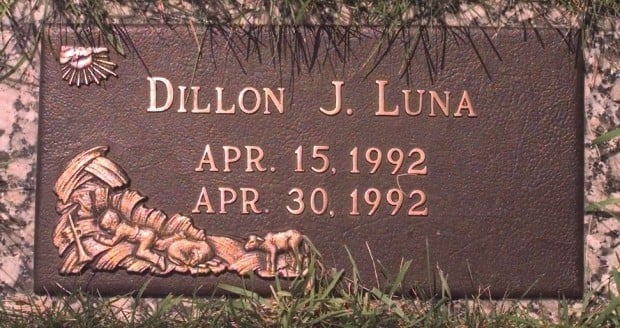 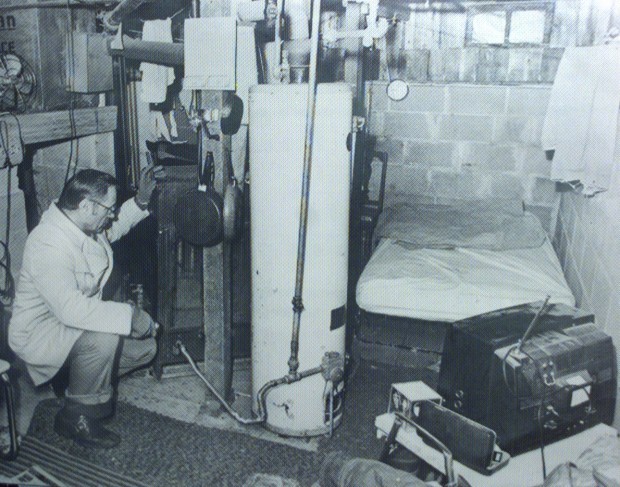 A Mason City infant died of smoke inhalation in an alleged arson fire 20 years ago.

An 80-year-old Mason City man was found shot to death 35 years ago in the basement of his South Hampshire Avenue home with a single gunshot wound to the back of the head.

Worth County authorities are unsure whether the December 1997 death of a Northwood man was a hunting accident or a homicide.

These are just a few of the approximately one dozen North Iowa cold cases waiting for answers.

Fire officials believed the blaze was the result of arson. It started in the living room, according to the fire marshal’s investigation.

The house was engulfed in flames when firefighters arrived. They recovered Dillon’s body from the living room about 30 minutes after arriving. Other occupants of the house, including the boy’s parents, escaped the fire.

According to Christine Luna, she, Dillon and daughter Angel, then 3, were sleeping in the living room when the fire broke out. Her mother, Lucille Crom, who owned the house, was asleep in a downstairs bedroom.

Joseph Luna and son, Joseph Luna III, then 2 ½, were on the second floor, along with John Crom Jr.

Christine told authorities she woke up and saw flames on the side of a chair Angela was sleeping in, woke her up and then went to alert the others. When she tried to go back to the living room for Dillon, she couldn’t because it was filled with fire and smoke, she said.

Christine, Angel and Crom escaped through the back door of the house. Those upstairs jumped out second-story windows.

Authorities put out a plea for the public’s assistance in trying to identify a man seen running from the home shortly before the fire. The man, described as between 5 feet, 8 inches and 6 feet tall and wearing dark clothes, was seen running southwest across North Federal Avenue.

Mason City Police Lt. Frank Stearns, who was involved in the Luna investigation, said the department reviews cold cases looking for something to move forward with the investigation.

“Obviously we want to check and see if we have any DNA evidence that might be able to be sent down (to the state crime lab). We will also reach out and start making calls to some of the witnesses if we can still find them from back then,” Stearns said.

“This just kind of stirs it back up to the forefront and gets people thinking about it. Hopefully somebody will call in with something,” he said.

Robbery may have been the motive for the murder. Strait was said to have been carrying $1,000 in a money belt at the time of his death. When his body was found, the money belt was empty.

This was the first case in which the Mason City Police Department, having exhausted all investigative techniques, contacted a psychic investigator.

“We couldn’t find the murder weapon,” said late Mason City Police Chief Wes Greenan in a June 2000 Globe Gazette story. “The psychic told us to go east of the 190-some thing mile marker on the interstate until we found kids playing around a windmill. She said the murder weapon would be close to that.

“The police took the psychic’s advice and went to the 190-mile marker on Interstate 35. To the east, they found some children playing near a windmill lawn ornament, and just as the officers’ hopes were getting high, they realized that also near that windmill was the North Iowa landfill,” Greenan said.

Lowell Stumo, 48, was found shot to death near his farmhouse southwest of Northwood in December 1997.

His farm bordered Elk Creek Marsh, a state-owned property where hunting was allowed.

Authorities initially questioned whether the death was a murder or a hunting accident.

Worth County Sheriff Jay Langenbau said Stumo was shot once with a high-powered rifle.

At the time, Langenbau said the death was “suspicious” and is considered a homicide.

Tips from citizens can help solve these cold cases.

If you have any formation about the Luna or Strait cases, contact the Mason City Police Department at 641-421-3636.

The Worth County Sheriff’s Department is the contact concerning the Stumo investigation. Call 641-324-2481.

"This is our time to shine and show us."

The Hawkeye Area Labor Council AFL-CIO, a coalition of unions which includes North Iowa Nine Labor Assembly in Mason City, has announced its endorsement of school board candidate Alan Steckman.

When Northwood woman Carolyn Reeder was in elementary school, she looked forward to Fridays because that meant it was the day for art class.