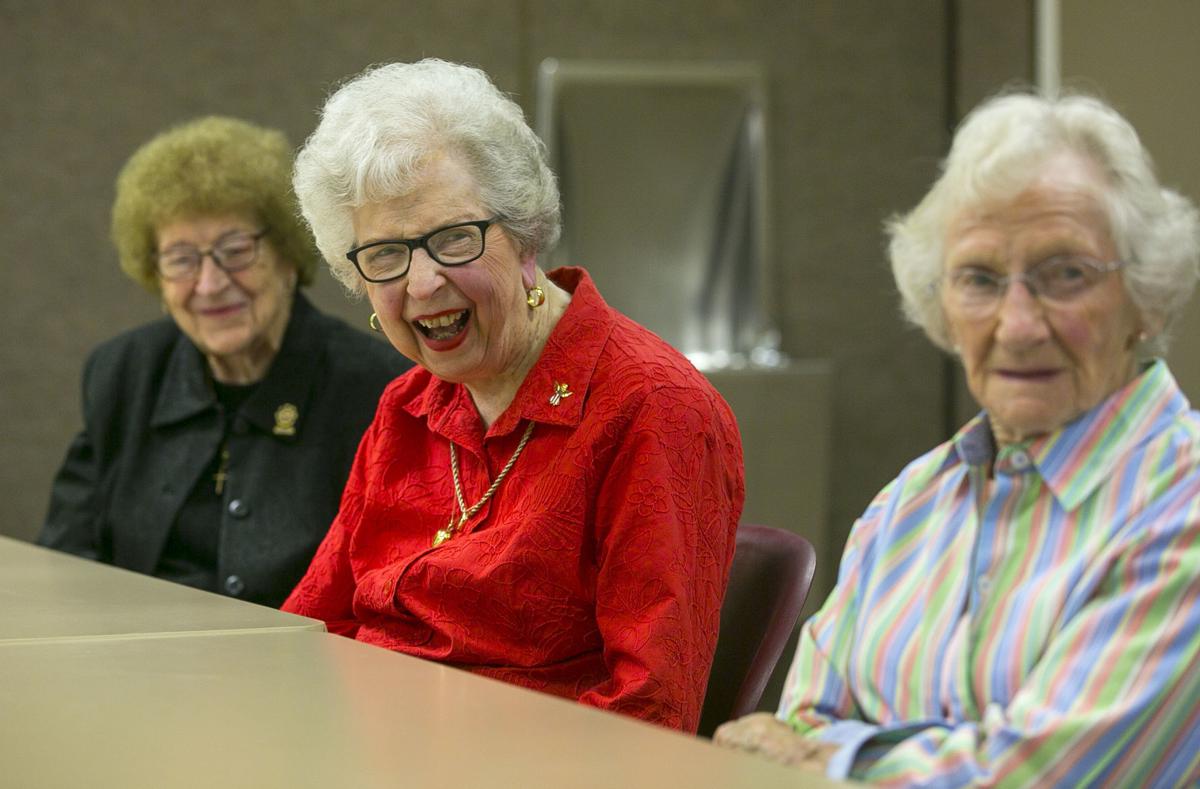 Rose Pappas of Mason City, 90, center, laughs as she and other women share stories about when they began to volunteer for MercyOne North Iowa Medical Center on Wednesday in Mason City. 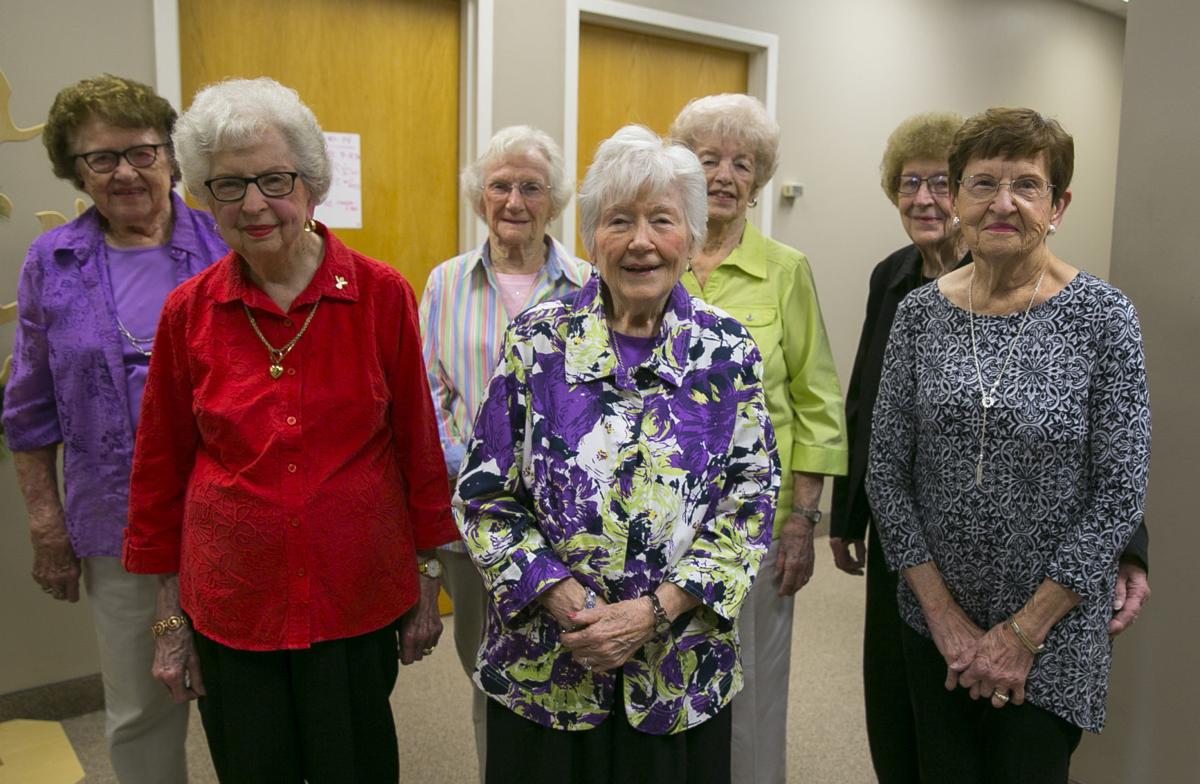 Those they meet, befriend and serve.

That is simply the reason seven women in their 90s have enjoyed volunteering for MercyOne North Iowa Medical Center in Mason City over the years.

“It’s the fact that the people you volunteer for and with give you back more than you can possibly give them,” said Margaret Argos, 90, of Mason City.

They’re among nine men and women over 90 years old who volunteer their time, knowledge and skill weekly throughout MercyOne’s Mason City campuses. Jim Smith and Anne Wallace are the others.

Together, they have more than 200 years of service to MercyOne and its patients.

MercyOne North Iowa boasts about 200 volunteers from 18 to 100 years old.

Their volunteers can be found welcoming guests at their facilities, comforting patients and their families and friends in waiting rooms, managing the gift shop, and much more.

Their role, Moore said, is to support MercyOne’s patients and staff.

“They provide a special level of care that reflects well on Mercy,” she said.

Djuren, who was a nurse at North Iowa Medical Center, began volunteering at the medical center after she retired in 1989 so she could spend time with her colleagues-turned-friends.

Now, many of them gone, she enjoys meeting new people and helping wherever she can.

Bull, who celebrates her 100th birthday in September, remembers volunteering in the lab when she started at the medical center in 1990.

Her primary responsibility was calming the patients, which she — the oldest of 11 children — had great experience with, taking care of her siblings growing up.

Schubert, who was the wife of a farmer and raised six children and chickens, began volunteering at MercyOne in 1995.

She said it’s provided her the chance to get out of the house and do something she enjoys.

Pappas, who spent much of her career in sales, started volunteering at MercyOne in 1995 and enjoyed it because of the people she’s met and worked with.

Argos began volunteering at Eucharistic ministries at MercyOne in 2006 when she returned to Mason City from Los Angeles.

After graduating high school, she left North Iowa for 50 years, but upon her return, she decided to get involved with the health care system because of a brief in her church bulletin.

“I like the communication,” Argos said. “My children live in four different states, but this is home.”

Eide, who was a legal secretary, began volunteering at the hospital more than 40 years ago, and she likes that it keep her active, both physically and mentally.

Many of the women’s earliest memories of service were volunteering at church, babysitting or helping with their children’s activities.

Yanney said she was involved with her daughters’ Girl Scout troops as well as International Order of the Rainbow Girls.

“Volunteers are a special group of people no matter where they volunteer,” Moore said.

When asked how long they plan on volunteering, Djuren said, “As long as I’m able,” and Bull said “As long as they keep calling.”

For those interested in volunteering at MercyOne North Iowa Medical Center, call 641-428-7753.

More in Year in Review: Reporter Ashley Stewart's favorite stories of 2019 (9 of 19)

What do you enjoy about volunteering at MercyOne?

CLARIFICATION: The headline on this story has been changed to reflect that it is MercyOne's parent company that is cutting the billing jobs. T…

Health care and Iowa have been a passion for Rod Schlader for decades. Now he has the chance to improve both with his new job at MercyOne North Iowa.

Rose Pappas of Mason City, 90, center, laughs as she and other women share stories about when they began to volunteer for MercyOne North Iowa Medical Center on Wednesday in Mason City.