A sexual harassment lawsuit against an area flower shop has been dismissed.

Baker Floral LLC, located on Fourth Street Southwest in Mason City, and its owner Nancy Umphress had been named as defendants in a civil suit brought by former employee Victoria Bowyer, according to court documents.

In the court filings, Bowyer alleged she was barraged with unwanted attention and suggestive comments by her then-co-worker at Baker Floral Gary Briggs, and that her complaints to Umphress went largely unaddressed, with Umphress herself joining in the harassment on at least one occasion.

District Court Judge Colleen Weiland issued a summary judgment in favor of Umphress and her business on Thursday, citing lack of evidence brought forth by the plaintiff.

The judgment indicates that although Bowyer was "rightfully offended and alarmed," the incidents in question did not rise to the definition of harassment. Additionally, it was noted that Bowyer left her job at the flower shop before allowing Umphress enough time to handle the assertions Bowyer brought to her. 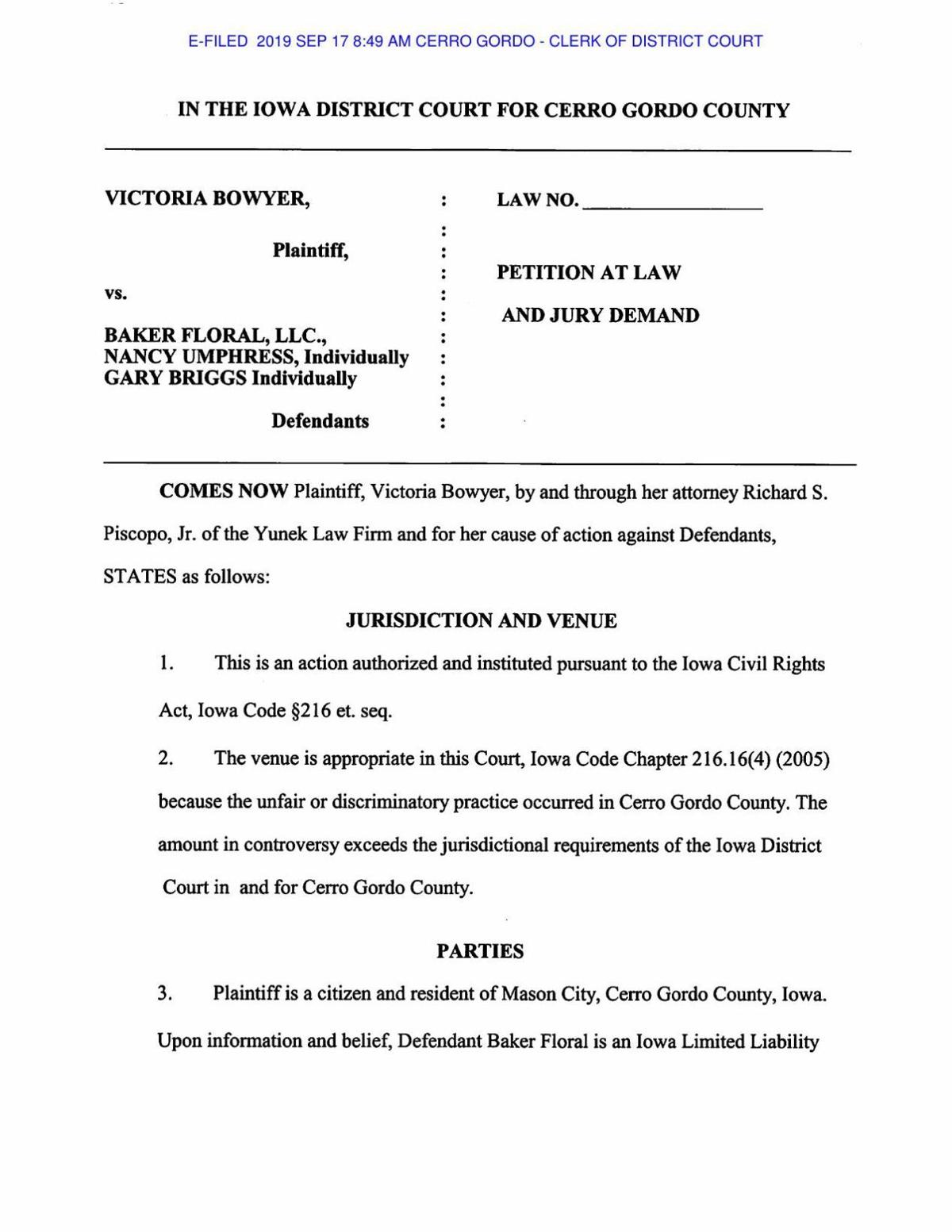 Briggs, who was listed alongside Baker Floral and Umphress as a co-defendant, has since died, however, the judge indicated she will clear his name on Jan. 8.

Bowyer has until that date to file an objection to dismissing the counts against Briggs with the court.

Photos: "Light up the Night" at North Iowa Events Center

Photos from the first-ever "Light up the Night" Christmas lights display at the North Iowa Events Center in Mason City.

A former Floyd County man who was convicted of sexual abuse has died in prison, the Iowa Department of Public Safety said in a release.

The family of a Clear Lake man has joined others across the nation in suing a Kansas-based autopsy company under federal scrutiny for taking money and body parts of the deceased, but never delivering a cause of death.