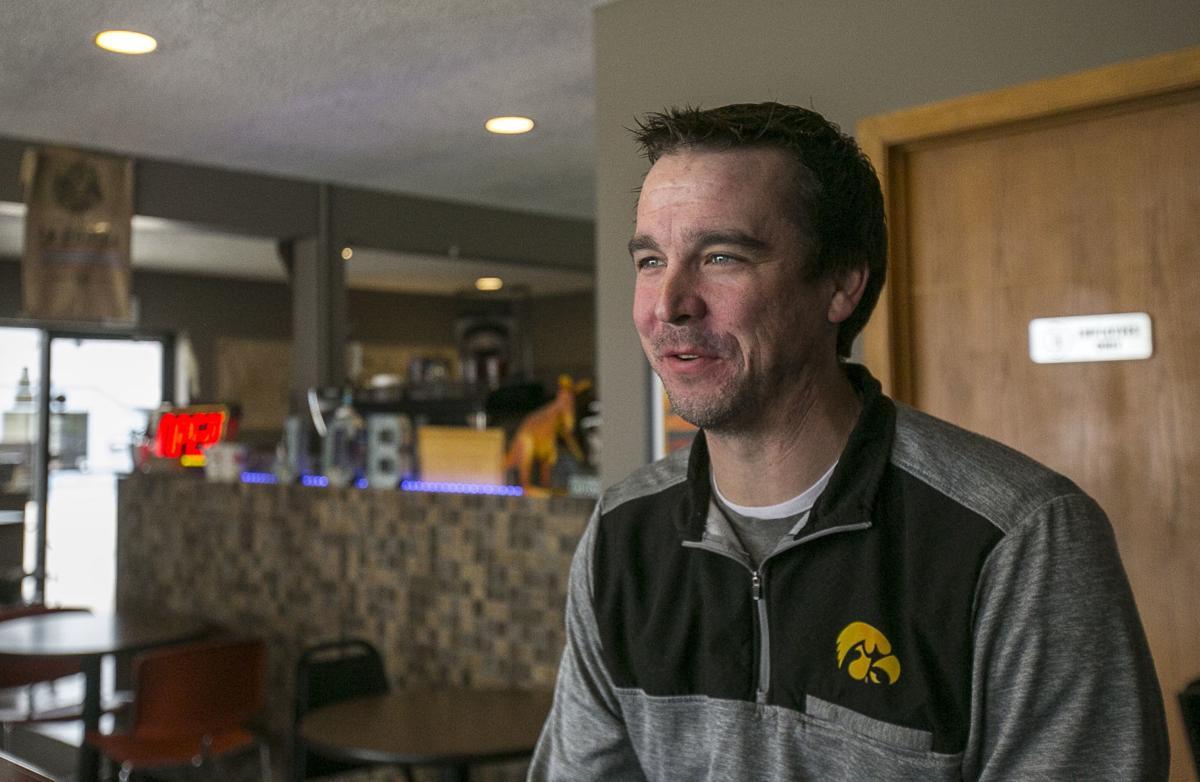 Mason City Councilman Paul Adams discusses how he became interested in running for an open seat in the 2016 election. 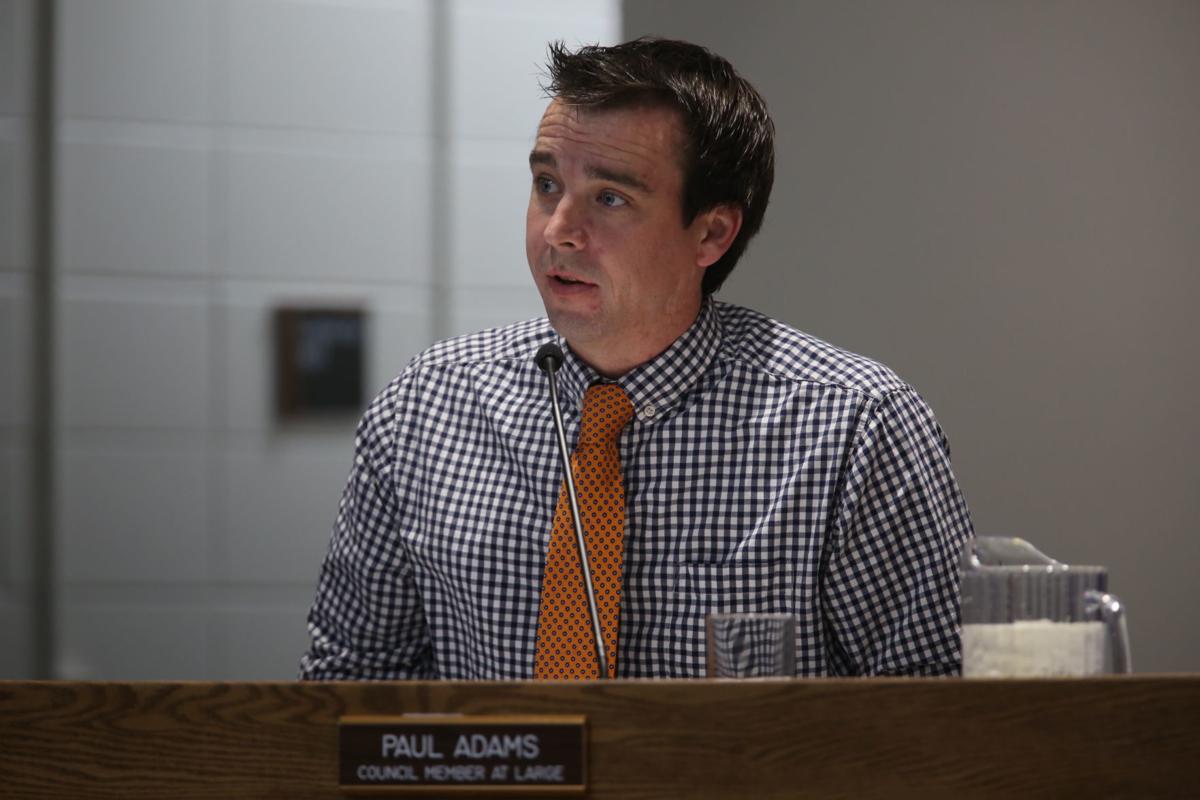 Mason City Councilman Paul Adams, one of the council's two at-large members as well as mayor pro tempore for Bill Schickel, studied for his job.

At the University of Iowa, Adams, a lifelong North Iowa native, studied both economics and politics.

A self-professed political aficionado, Adams grew up in a household where the news was constantly on and political talk shows could be heard off in the background somewhere.

"My dad has always been involved here, locally, in politics. And my interest kind of stemmed from him," Adams said.

His dad would help out with canvassing, volunteering and organizing for candidates in the area.

However, Adams believes that his general life experiences and interactions with people were far more formative than those aforementioned courses or what his dad might have had on at home.

Before he ran for the seat that became open when Alex Kuhn died, Adams worked for HyVee for nine years (five in management) and then took a job at Principal Financial.

What helped galvanize him to run were the intense debates around bringing Prestage Farms to Mason City, which Adams was personally opposed to because he didn't think it was a good economic fit for the area.

"When that was done and finished with, I wanted to get involved more to see what I could do to shape the future of our city as more than just a citizen. What extra role could I take on?" Adams said.

He faced off against seven other candidates in a September 2016 election that wasn't resolved until December with a runoff election (none of the candidates got above the 50 percent threshold).

If there was any kind of challenge for Adams, it was the fact that he was away from his wife and then two children (he now has three) while knocking some 1,700 to 1,800 doors.

Since he's been on the council, Adams has often tried to find the tough but necessary compromises.

Fellow Councilman John Lee said that Adams "wants to make sure the decision is just right for the 'city' but for the individuals of the city also."

Tom Thoma, the council's other at-large member, sees Adams as the council's soft-spoken but extremely effective contributor who knows his stuff and proves it.

And Councilman Will Symonds, who grew up in Rockwell (like Adams), said he appreciates that even when he and Adams differ they're able to stay civil and on topic.

What did you grow up wanting to do? I started off doing my general studies at NIACC. I didn’t really have a major picked out coming out of high school. I never had a career I was dead set on pursuing. A lot of it just kind of fell into place after I was done with school.

What’s more difficult, raising two kids or navigating five other councilmen plus a mayor plus a city administrator plus constituents?- I don’t know if one is more difficult than another. To combine the two and do them at the same time makes it even more of a challenge. Finding balance with both of them, and compromise, is important. If you can compromise and work together, you can succeed.

What’s been the most difficult vote you’ve had to take? There have been some tough votes on the Renaissance project. It’s been a long process.

We’ve had several delays. Some of them were the council’s doing and some of them were kind of out of our control. It’s been frustrating at times but thankfully we’re at a point now where we can see a light at the end of the tunnel and we’re starting to see some progress.

Another tough vote for you was the Central Heights paving project vote which you were against because of financial burden concerns, what made that tough?- It’s not always as simple as taking what a majority of the people want and voting that way. You have to weigh the pros and cons and how drastic those cons are for some people.

The last thing we want to do is handicap someone financially, for years and years to come, just to get something done.

What, so far, has gone right with the River City Renaissance and what do you think has gone wrong?- What’s gone right is really the final project that we have.

I think the end product is going to be something that really that transforms our downtown and our city.

The frustration is the delays. The delays on: hotel development, that not coming through. The flip flopping back and forth, which caused additional delays, has been the most frustrating part by far.

Where do you find refuge?- Outside of my kids activities, I’m a sports fanatic. Huge Cubs fan. I’m a Vikings fan. I’ll play golf when time allows. Thoma and I need to get out there and play sometime. I hear he plays all the time.

I take solace in not doing much.

The deadline to register to vote in local North Iowa elections is September 27. Candidates need to have filed by September 19. Time to start getting ready for election season.

Mason City's Will Symonds seeks solutions: 'Even if you don’t make a choice, you’re still making a choice'

As a first-term councilman, beard-sporting Will Symonds attempts to listen to as many people as possible, particularly on issues he's not intimately familiar with. If something in the often labyrinthine council packet doesn't make sense to Symonds, he'll circle back to it.

MASON CITY | Diane Sanchez, 65, has resided in the Central Heights neighborhood of Mason City for most of her life and just wants the roads in…

KENSETT — It was hard for Scott Walling to slow down.

A drive in downtown Mason City inspired lifelong resident Tom Thoma to give running for city council in 2017 a shot.

Mason City Councilman Paul Adams discusses how he became interested in running for an open seat in the 2016 election.