In a memo to the mayor and council members, City Administrator Aaron Burnett is recommending the council approve a pre-development with Gatehouse Mason City, LLC for the hotel.

After the city terminated its contract with G8 Development in late October, Gatehouse “expressed interest in returning to this project," City Administrator Aaron Burnett wrote in the memo.

For a second time in five years, G8 failed to provide proof of financing for the $15 million hotel, a key part of the $39 million River City Renaissance project as it satisfies a state requirement for private investment. In 2013, G8 pitched the idea for a hotel near City Hall, but construction never started on the project.

G8’s delay led the city to work with another developer, Gatehouse Capital, but a change in contract negotiations forced the project to be re-bid in 2017, with G8 submitting the more favorable bid.

G8 has threatened a second lawsuit against the city for conduct related to the default.

Burnett said Gatehouse is the city’s recommendation for the project, as it has “familiarity with the project and partners, their history of completing projects of similar scope and their ability to start quickly” on the project.

“While the City could consider more time-consuming approaches such as a Request for Qualifications or Proposals and potentially have more options, it is doubtful that any such proposals would be substantially different with respect to incentives requested and would certainly carry longer timeframes. Any further delays will likely result in the loss of partners and/or the loss of the Reinvestment District through the Iowa Economic Development Authority,” Burnett’s memo said.

Mason City has been pre-approved for $9.1 million in state funding for the River City Renaissance project, which includes the hotel, multipurpose arena at Southbridge Mall and conference center at The Music Man Square.

A letter from Gatehouse to the city states the project will have a 100-room “select-service hotel,” such as Courtyard, Hilton Garden Inn or Hyatt Place. The Music Man Square would be expanded to include a 6,000-square foot ballroom and 1,500 square-foot banquet kitchen.

Gatehouse’s proposal includes a $100,000 payment by the city to “complete a list of activities to bring the project forward to an agreement,” including land status changes around The Music Man Square, updating the market study, providing drawings, term sheets and budgets.

The payment is due by Dec. 4. It, along with the previous $150,000 the city paid to Gatehouse, would be refunded to the city 45 days after the project is funded, according to the memo.

If the city chooses to not move forward with Gatehouse by a certain date, a portion of the payment would not be refundable.

“I believe that this is a truly unique opportunity to work together and develop something extremely valuable and game-changing for Mason City,” Gatehouse Capital managing member David-Elias Rachie wrote in a memo to city officials.

Also on the agenda is an architectural contract with ICON Architectural Group of Grand Forks, North Dakota, for the multipurpose arena at Southbridge Mall.

Burnett noted in a memo the Mason City Youth Hockey Association, which hosts the North Iowa Bulls, needs to have the arena begin construction or it will “face some difficult decisions on investment because the ice system is well beyond its normal lifecycle and is starting to have failures.

“It is important that they have a solid plan in place for their ice next year which requires they start making decisions soon,” Burnett wrote.

In 2016, the hockey association said replacing the 35-year-old ice floor and modernizing its current facility at the North Iowa Events Center could top $1 million.

At the Southbridge Mall multipurpose arena, the association has committed to pay for everything related to ice operations, plus $500,000 in cash, not to exceed $2 million. It would lease the arena and manage it during the hockey season.

“While there is a risk in running the projects concurrently, this component of the RCR will likely not be feasible without starting this process before hotel construction has started,” Burnett’s memo said.

ICON has worked on a number of athletic facilities, including hockey arenas in North Dakota and Minnesota.

There is no budgetary impact to the city with either item, Burnett noted in his memo, as the projects are already budgeted.

The council meets at 4 p.m. Tuesday, Nov. 27 in the Mason City room of the public library. 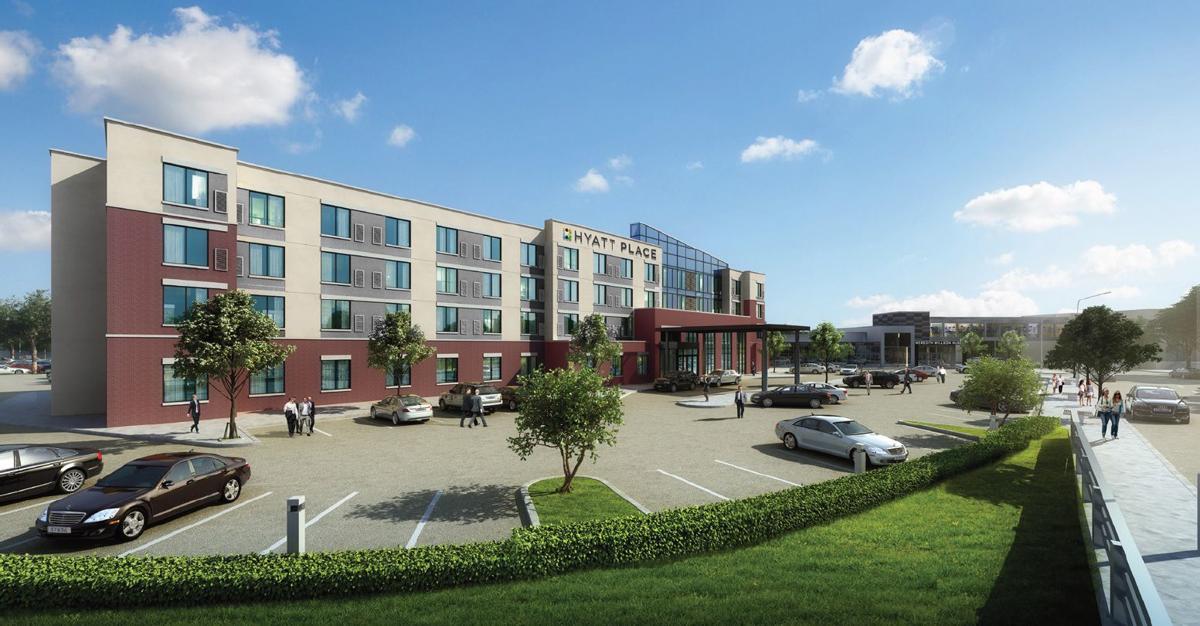 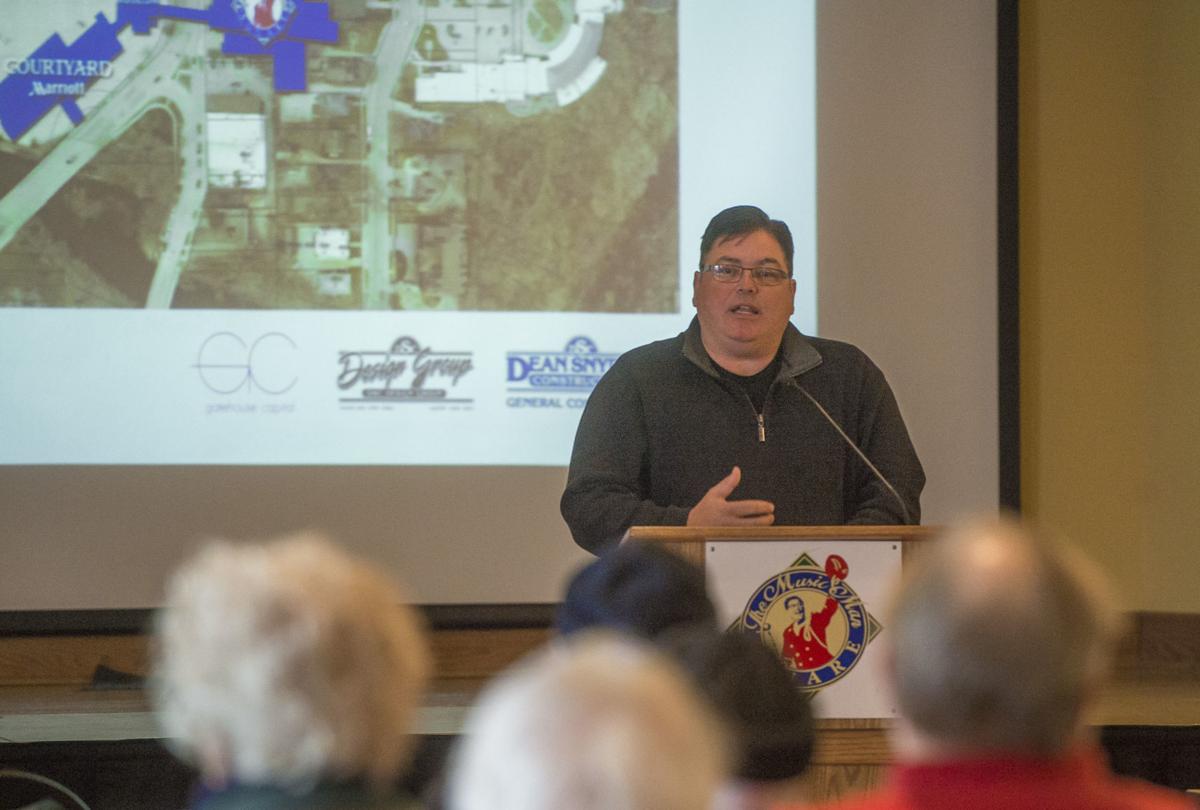 David Rachie of Gatehouse Capital gives a presentation to the public in March 2017 about the company's proposal for a downtown hotel project that includes a hotel and museum that connects to Music Man Square via a skywalk.

An architectural rendering of Gatehouse Capital's proposed Hyatt Place hotel and new Meredith Willson Museum, which would connect to The Music Man Square via skywalk. 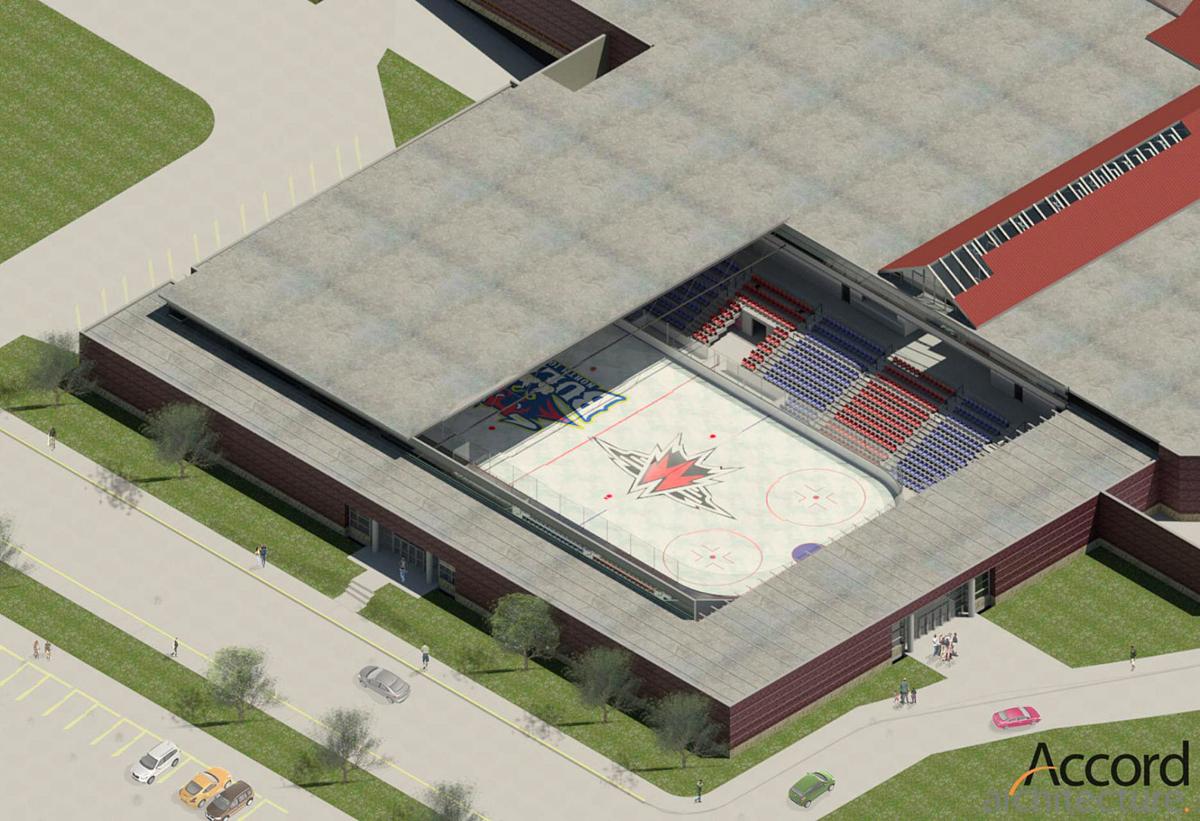