After 36 years, the Southbridge Mall that Mason City residents have come to know will soon fundamentally change.

Tuesday night, the Mason City Council unanimously approved two agenda items that will allow for the property to be redeveloped into a family entertainment center, likely called Hollywoodland-Mason City, with a $30 million assessment that would be almost $20 million more than its current value.

The first of the two items makes the redevelopment possible by amending Mason City's "Downtown Reinvestment Urban Renewal Plan" while the other executes a development agreement by and between the City of Mason City and SBMC, LLC which is the Minnesota-based developer for the project that includes David Rachie, who has also worked on the downtown hotel for Gatehouse Capital.

Under the terms of the agreement, the City of Mason City would provide tax rebates as an incentive that could not exceed $12.75 million, while SBMC would be responsible for replacing the mall roof and redeveloping both the interior and exterior of Southbridge. As far as any budget impacts, the council packet for the meeting states that the tax increment financing (TIF) being used for the rebates for the project will be budgeted in future fiscal years.

"In this case, it gets the incentives in in an expedited fashion knowing there are hurdles facing the space," Burnett said.

When Rachie announced the project at Mason City Council meeting on May 4, he said that Hollywoodland would feature: a bowling alley, a brewery from Iowa's Backpocket Brewing, go-karts, golf of some kind, a movie theater, a pizzeria by Gino's East out of Chicago and a sports bar by Iowa Hawkeyes announcer Gary Dolphin.

The date for closing is on or around August 28 and SBMC is expected to submit final floorplans to the City of Mason City by Dec. 31, 2021. Improvements are scheduled to be completed by December 31, 2022. According to Rachie, it's likely that the new venue will open with 100% occupancy. As far as financing, Rachie said that it’s in place but not official. "It will mostly be three partners investing in this personally. We have banks that have already told us they’re interested in it," he said.

At present, Southbridge Mall Realty Holding LLC, which presently oversees the Mall, would owe $611,135 if they were to pay: outstanding tax sale costs from June 2019, an additional March 2021 tax of $42,591 and one installment left on a special assessment.

On Wednesday, May 19, City Administrator Aaron Burnett said that he didn't foresee the unpaid taxes being an issue.

"All of those tax issues that are currently on that property would be resolved with the transfer of the property," he said. "The taxes will be paid out of escrow," Rachie added on Tuesday night.

The aforementioned urban renewal amendment will also make it possible for city officials to redevelop underutilized commercial properties and pave the way for an "innovation center hub" in downtown Mason City that would be incentivized through TIF revenues not totaling more than $500,000.

So how's this Southbridge Mall in Mason City deal going to work?

But what about Sears?

Another major underutilized commercial property in Mason City that could soon see redevelopment by way of planning and zoning amendments is the former Sears building.

In a memo, Mason City Planning and Zoning Manager Tricia Sandahl wrote to Burnett that the potential purchaser of the former retail space wants to convert the 55,000 square feet into climate controlled indoor storage. However, storage on that scale is not presently allowed under existing zoning ordinances.

"The only way to allow self storage in a larger building is to amend the definition of 'self storage,'" she wrote. Kent Hall, who is working on development with a group from Rochester, Minnesota known as Midwest Indoor Storage, said that the facilities will be a good fit for the style of the building.

The council unanimously approved the plan.

At present, the former Sears building is being used as a mass vaccination clinic for CG Public Health, though it intends to wind those operations down by the end of next week.

At the meeting, the council voted 5-0 to award a contract of $159,679 to Croell out of New Hampton to grade, pave and restore a segment of road that is about 31-feet wide and 600-feet long.

According to City Engineer Mark Rahm, funding for the project is coming through a private donation of $140,000. Any remaining funds needed will come through the road use tax fund following a budget amendment.

As that project gets going, work on the "South Monroe Avenue Pedestrian Trail Project" is finished. The work was done by Larry Elwood Concrete for $45,428 and extended existing trail between Sixth and Seventh Street Southwest near a Casey's convenience store. In total, the project received four bids and was funded through the local option sales tax.

Editor's note: An earlier draft of this story did not include the word "west" in describing where the paving project was in relation to the former Sears building.

Cerro Gordo County Conservation Board: Wait to mow, save some birds

Roadside ditch mowing is restricted until July 15, to protect young pheasants and other ground-nesting birds until they're able to fly.

Across six decades, rock singer and guitarist Joan Jett has had nine Top 40 Billboard hits, three albums that went gold or platinum and was inducted into the Rock & Roll Hall of Fame in 2015.

Taylor Avenue and Polk Place will be closed at the intersection of the highway. 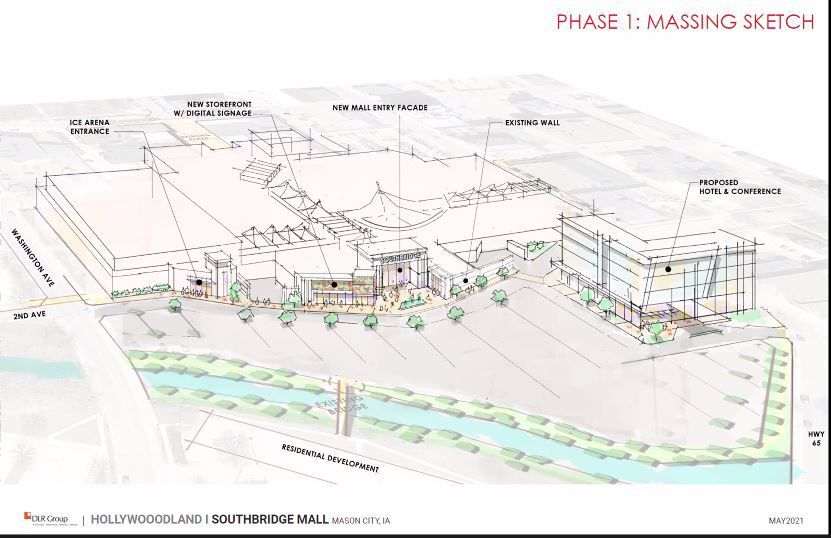 According to developer David Rachie, who is behind the project to redevelop Southbridge Mall, the new family entertainment center will feature a bowling alley, a brewery, go-karts, golf of some kind, a movie theater, a pizzeria and a new sports bar

He also said that it's likely that the new venue will open with 100% occupancy. 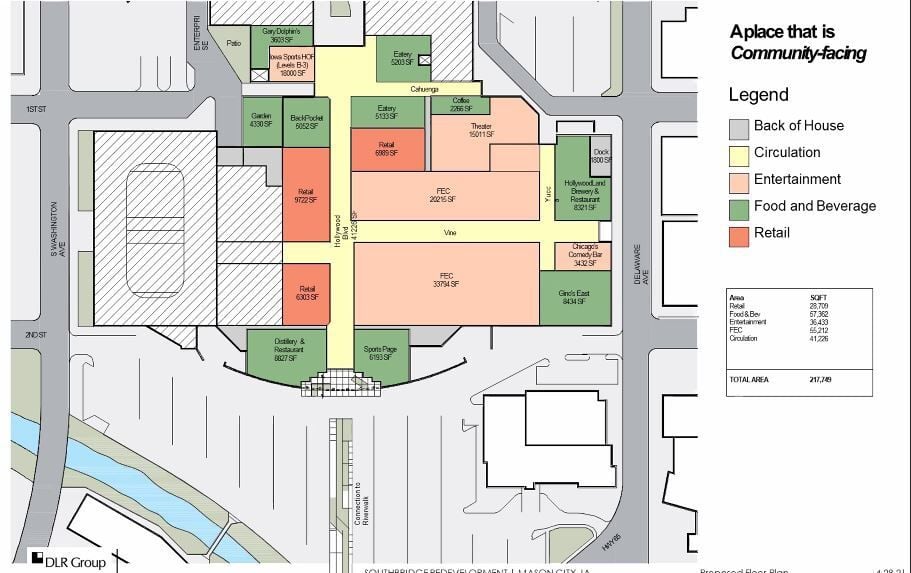 David Rachie, who is behind redevelopment plans for Southbridge Mall, said that a new family center would largely shift away from retail. 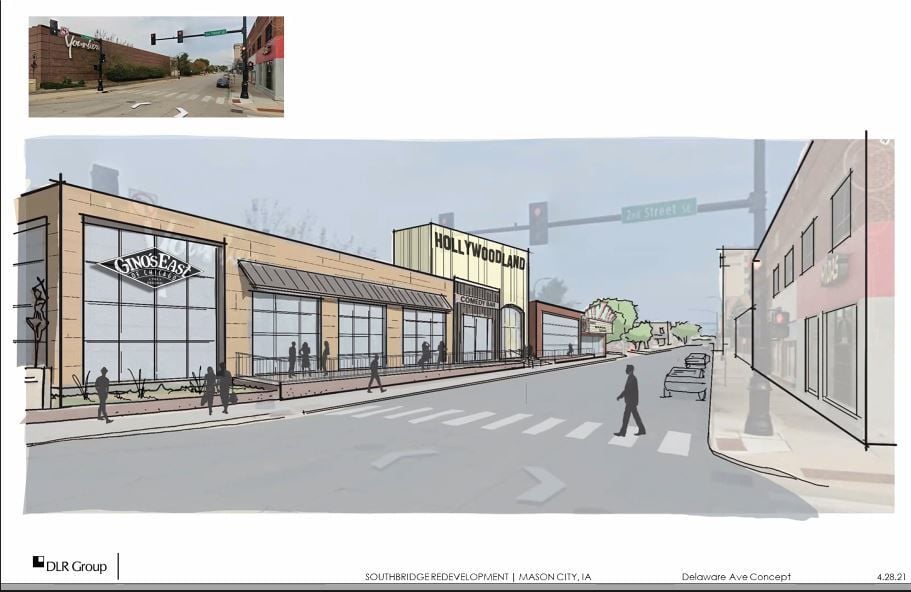 A view of the proposed family entertainment center in downtown Mason City along Delaware Avenue in the former Younkers building. Along with a new pizza place, a movie theater and brewery, the location would also feature go-kart tracks, bowling and golf of some kind. 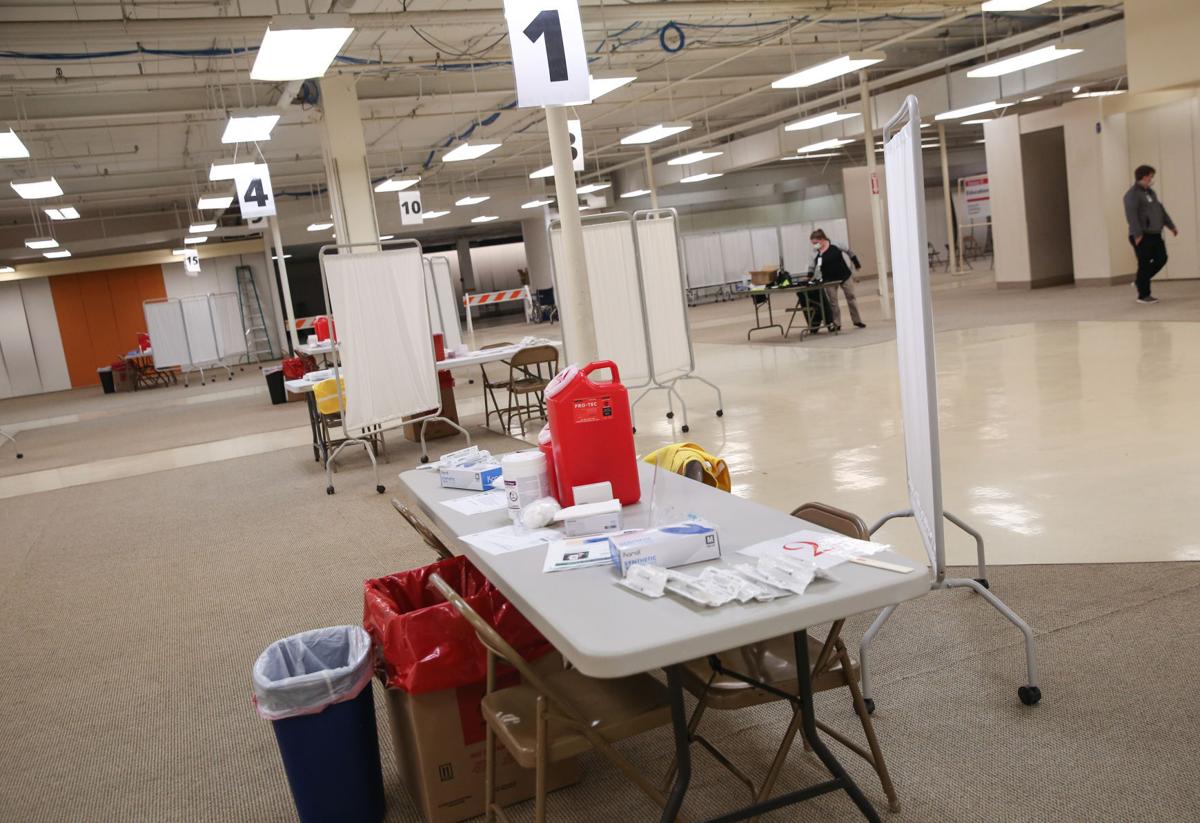