One person was killed in a 40-car crash on Interstate 35 near Latimer and minor injuries were reported after a number of vehicles collided on U.S. Highway 65, just south of Mason City.

Numerous other crashes were reported across the area, and with visibility at zero, snow plows were eventually pulled off the road.

A span of nearly a month without significant rainfall, coupled with high, summertime temperatures created some stress for North Iowa farmers.

The harsh weather conditions threatened the proper growth of corn and soybeans, and with nearly 100% of topsoil measuring at short or very short moisture levels, Gov. Terry Branstad was prompted to hold a public meeting with ag and drought specialists.

Parts of North Iowa saw 11 inches of snow dumped on them in an overnight storm which began Wednesday evening, May 1, 2013.

The surprise snow set records for May snow totals and left hundreds of residents across the area without power.

Temperatures returned to normal within a day or so following the storm.

No injuries were reported and property damage was limited.

Mason City hit a record low of minus 18 degrees at 6 a.m., Friday, Feb. 27, according to the National Weather Service, breaking the previous record, minus 12 degrees, which was set in 1899.

Portions of Floyd County were ravaged by high winds and near-historic flooding in mid-September of 2016.

More than 100 homes in Charles City reported sewer backups, which led to residents being asked to limit water and sewer use.

North Iowa dodged two rounds of severe thunderstorms on Wednesday, May, 18, 2017, but many residents sustained damage to their cars and homes after a severe storm hit one night before.

Downed trees and branches, hail, and wind gusts of 60-70 mph were reported, resulting in extensive property damage and power outages throughout the area.

Allamakee, Bremer, Chickasaw, Cerro Gordo, Floyd, Howard and Winneshiek counties were all covered by the proclamation, allowing state resources to be utilized to respond to and recover from the aftermath of the weather events in in those areas.

Early snow and unseasonably cold temperatures created some problems for farmers as they pushed their harvest back to a late start.

According to the Iowa weekly growing season report for the week ending Nov. 3, Iowa’s average temperature was 33 degrees, 12.6 degrees below normal.

Fast-moving, winter-type systems through Iowa in early November also brought a statewide average of 2.4 inches of snow, which created poor ground conditions and adverse results from the harvesting machinery.

Lisa Grouette is a Photographer/Breaking News Reporter for the Globe Gazette. Contact Lisa at 641-421-0525 or lisa.grouette@globegazette.com. 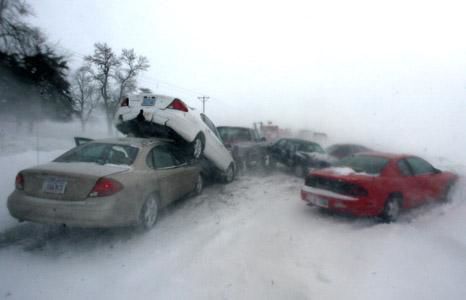 Whiteouts were to blame for numerous accidents in North Iowa on Monday, Jan. 25, 2010, like this multi-vehicle pile up in the southbound lane of Highway 65 one mile south of Mason City. 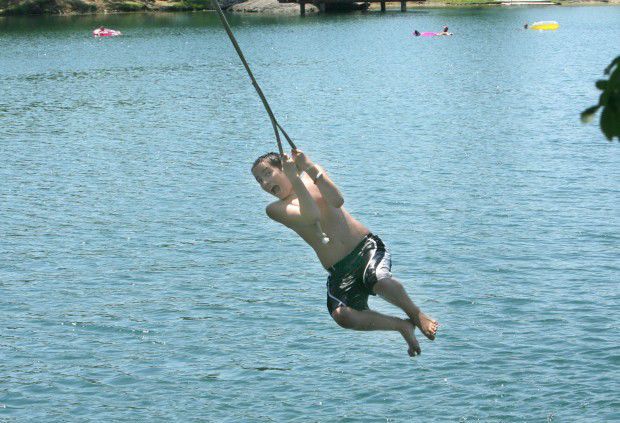 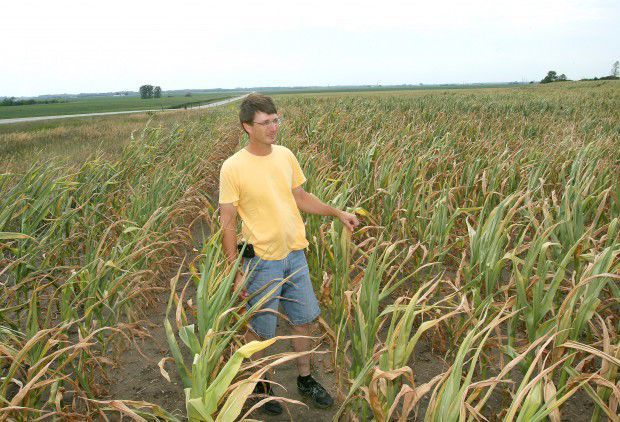 Karl Benjegerdes looks over corn in part of a field he farms along B-15 that is only 2.5 to 3 feet tall because of the lack of rain. 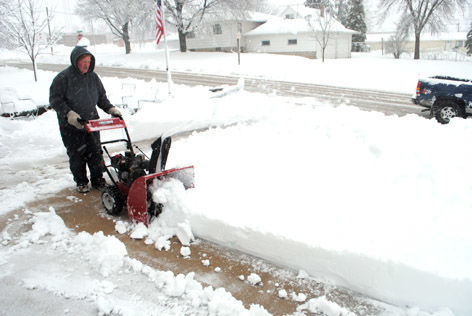 Dennis Steffensen of Forest City blows snow from his driveway on Thursday morning, May 1, 2013. "It's kind of a yucky day," Steffensen said. He was taking his snow blower on a narrow path through the thick, wet snow. 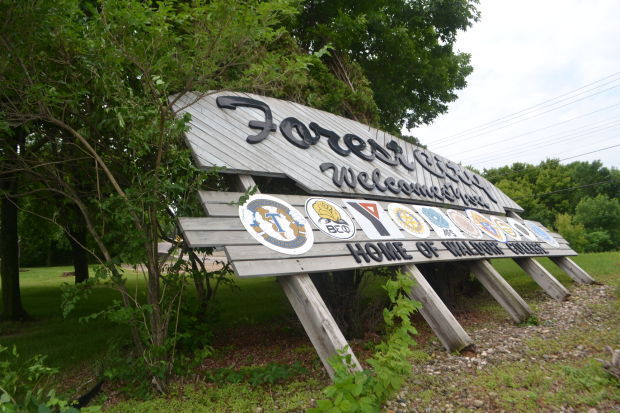 The Forest City welcome sign on Secor Avenue near the intersection of U.S. Highway 9 and 69 was knocked off its foundation during the storm Monday night. 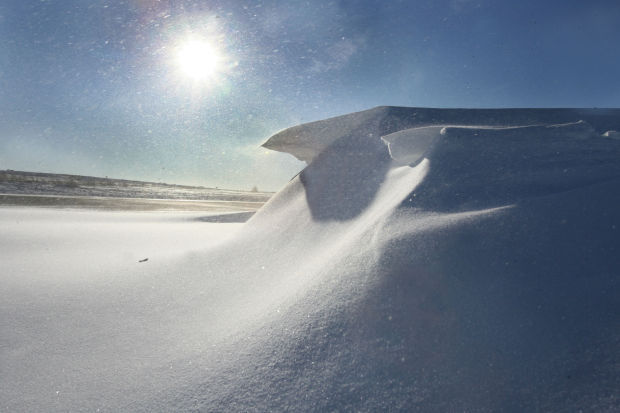 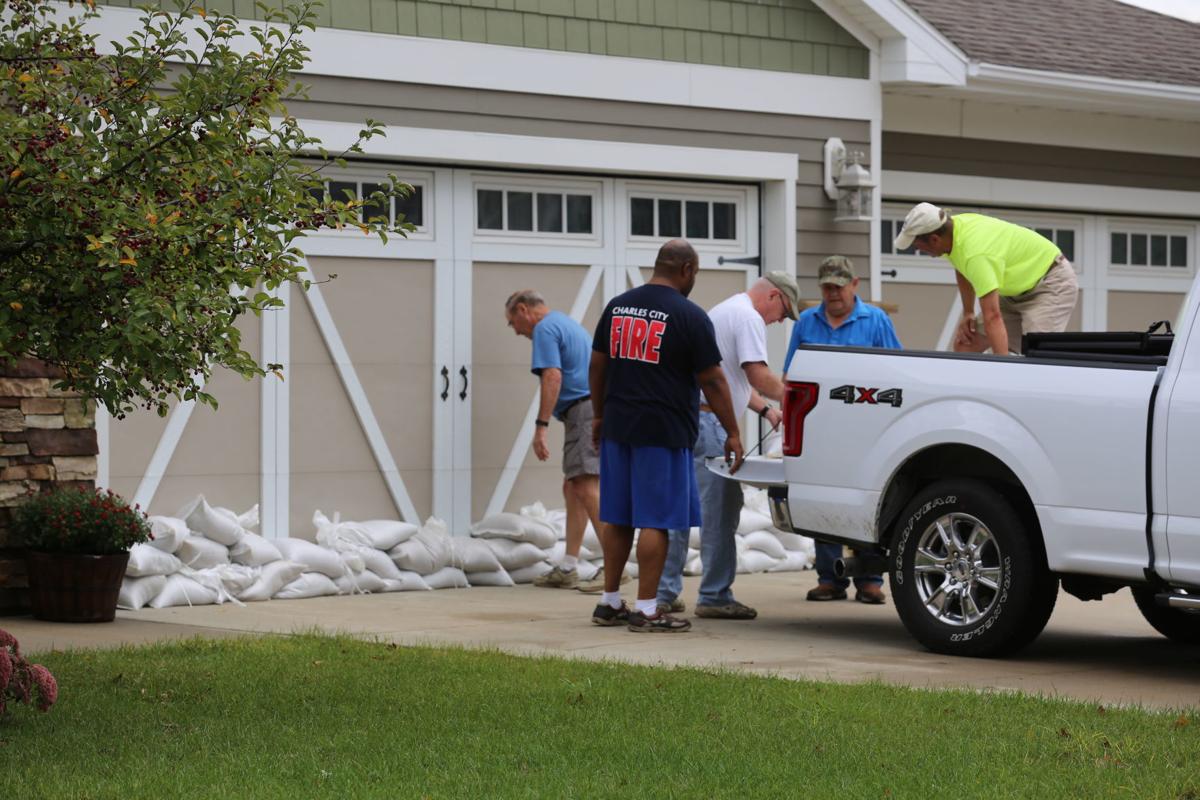 Volunteers stack sandbags to protect a home in Charles City on Thursday. 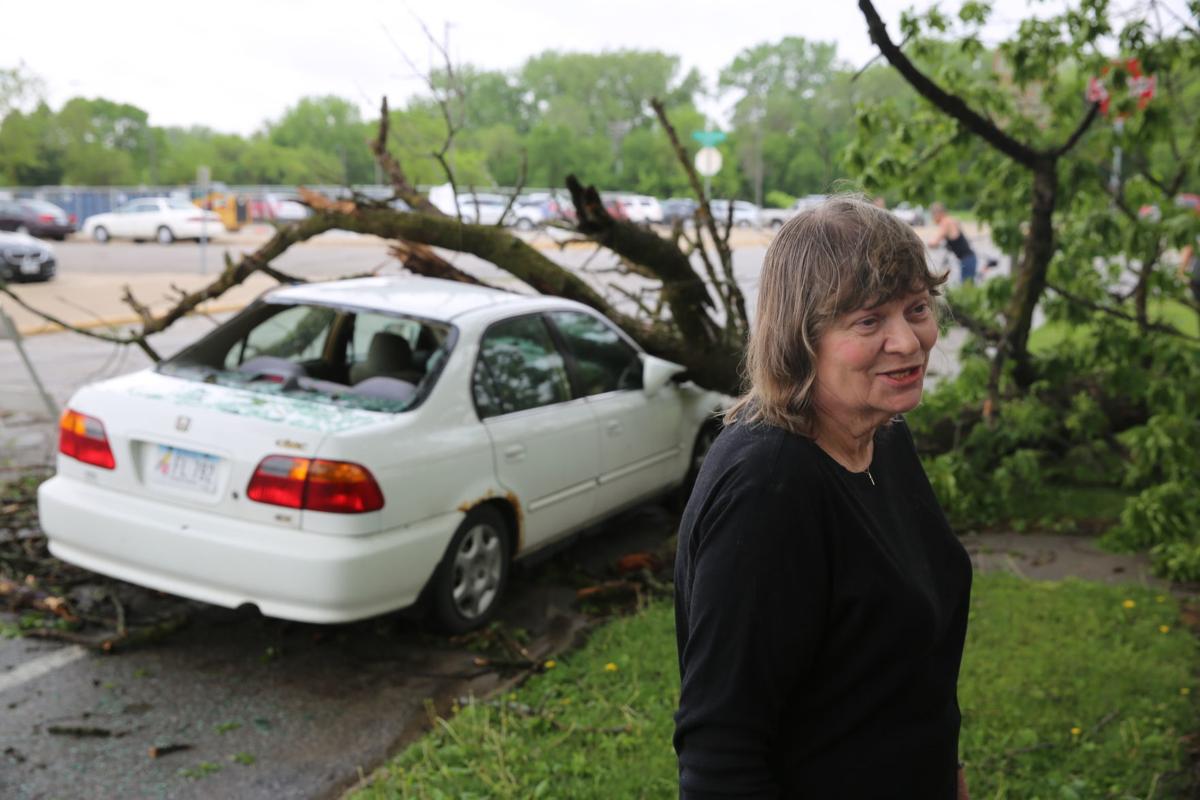 Valerie Macumber's car was heavily damaged in the storm in Mason City on Tuesday night. 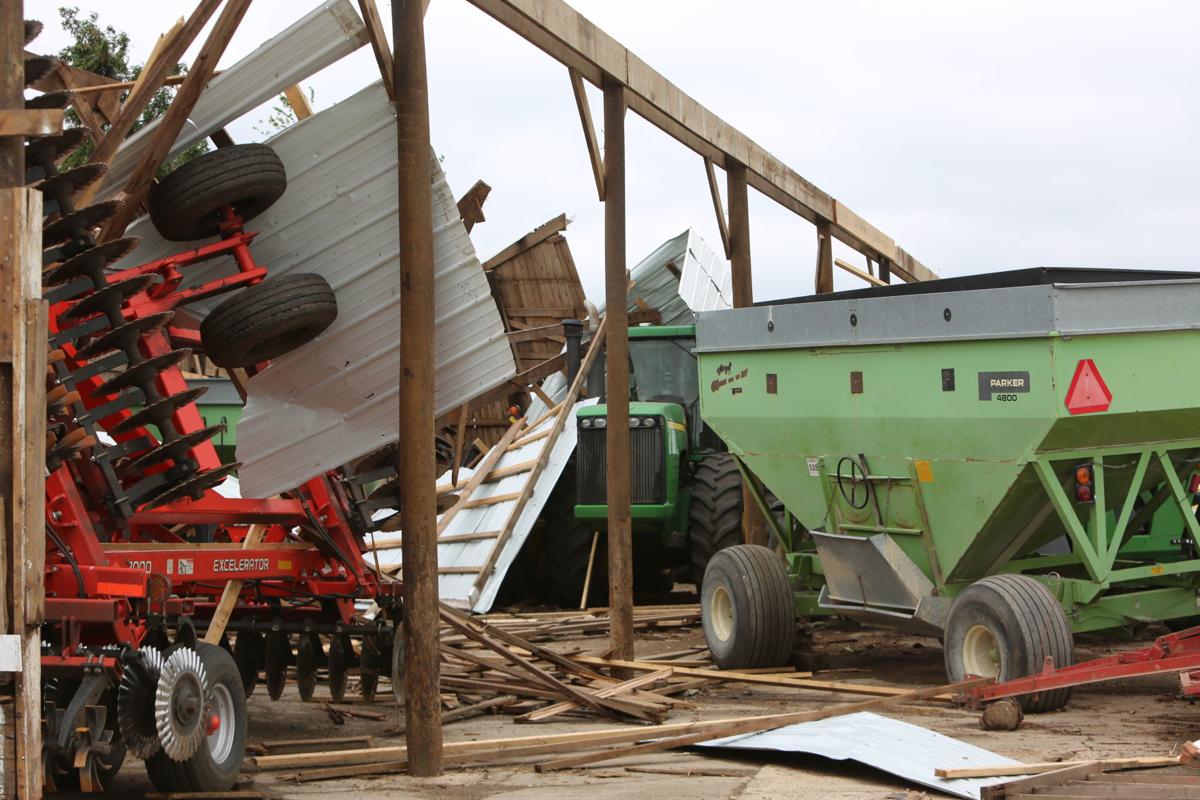 A farm equipment belonging to Claire Wahl's family was damaged by Saturday's storm. 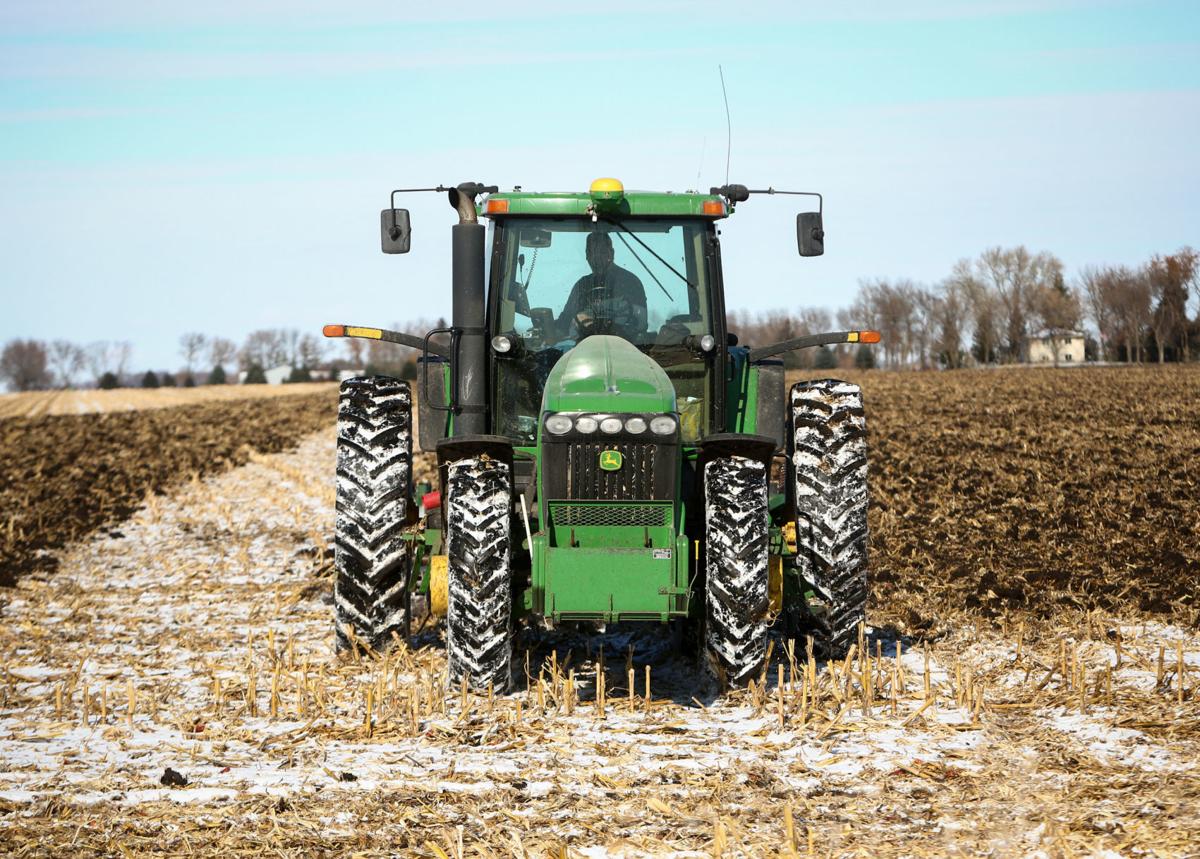 Farmer Kevin Pope plows his field near Mason City on Thursday, Nov. 7, the morning after the area's first significant snowfall.