For Crystal Meier, the Iowa caucus was the culmination of weeks — if not, months — of preparation.

She, like other Iowans, was undecided on the Democratic candidate she planned to support leading up to the first presidential nominating contest in the country.

But on caucus night, Meier, a Mason City resident and longtime caucuser, cast her vote for former South Bend, Indiana, mayor Pete Buttigieg, joining more than 50 others at her precinct who caucused for him.

“It’s always been important for me to align with someone who closest as possible represents my approach to policy,” she said. “I don’t agree with him on every single thing but maybe that’s OK.”

The week before the caucus, Meier dropped Yang, not because she didn’t like him, but because he doesn’t have the foreign policy experience she feels is necessary for the commander in chief.

Minutes before the start of the caucus Monday evening, she’d narrowed the race down to Biden and Buttigieg.

Meier, who has caucused in nearly every presidential cycle since 1988, served as the secretary alongside chair Sue Cira at the Ward 1 Precinct 3 caucus location at Jefferson Elementary School.

The two have held similar roles at previous caucuses, and work well together, they said.

Meier and Cira said the caucus process, although different from years past, ran “pretty well” at their location.

Because of their designation, the women didn’t participate in the caucus like fellow caucus-goers.

Instead, Meier sat at a table in the elementary gymnasium while Cira informed participants on how to proceed throughout the event.

“I did find it much easier to explain information about cards and how alignment worked,” she said. “Maybe it had to do with the piece of paper in hand they could relate to.”

Together, the women checked and double-checked the totals throughout the evening, registered participants, seated participants, participants filling out preference cards and those turned in, ensuring the correct total at the conclusion of the event to report to the Iowa Democratic Party.

Cira said she sat on the phone for two and a half hours waiting to turn in results to the party after the mobile app wouldn’t allow her to report individuals who remained with a non-viable candidate after realignment.

Their results were reported before midnight.

Both women expressed disappointment in the national news media’s narrative of the evening as being chaotic because there weren't instantaneous results.

“That was the biggest heartache,” Cira said.

Meier said while much of Iowa has moved beyond the caucus, she, and others, are preparing for the Cerro Gordo County Democratic Convention in March.

Gov. Kim Reynolds is slated to administer the oath of office to Iowa Court of Appeals Judge Paul Ahlers of Fort Dodge next week.

Video: How to Caucus in Iowa (In Song)

With Iowa caucuses less than a week away, our newsroom wanted to explain to you the caucusing process in a fun way — so we did it in song.

In and out in an hour and a half.

The undecideds: Some Iowans finally picking a candidate, others remain undecided

Crystal Meier has caucused nearly every presidential cycle since 1988, and she has attended countless campaign events in northern Iowa over the past year.

DES MOINES – After the 2016 Iowa Democratic caucuses, amid concerns about procedures and access, the state party formed a committee to discuss…

DES MOINES — Emily Madsen isn’t a paid lobbyist, but her tearful appeal Wednesday for a law change she believes would have saved the life of her friend resonated with senators who put the transportation bill on a fast track.

Iowa Democrats and anyone else who wants to maintain the state’s first-in-the-nation caucuses needs to “get up, brush yourself off and move forward,” according to a longtime Democrat now in crisis management.

Legislation that would have required the state Board of Regents to conduct a study of emergency preparedness and response at outdoor stadiums at Iowa State University and the University of Iowa has been shelved for the time being.

Legislation seeks to prevent employees from being forced to get microchipped

What do you think of this design? 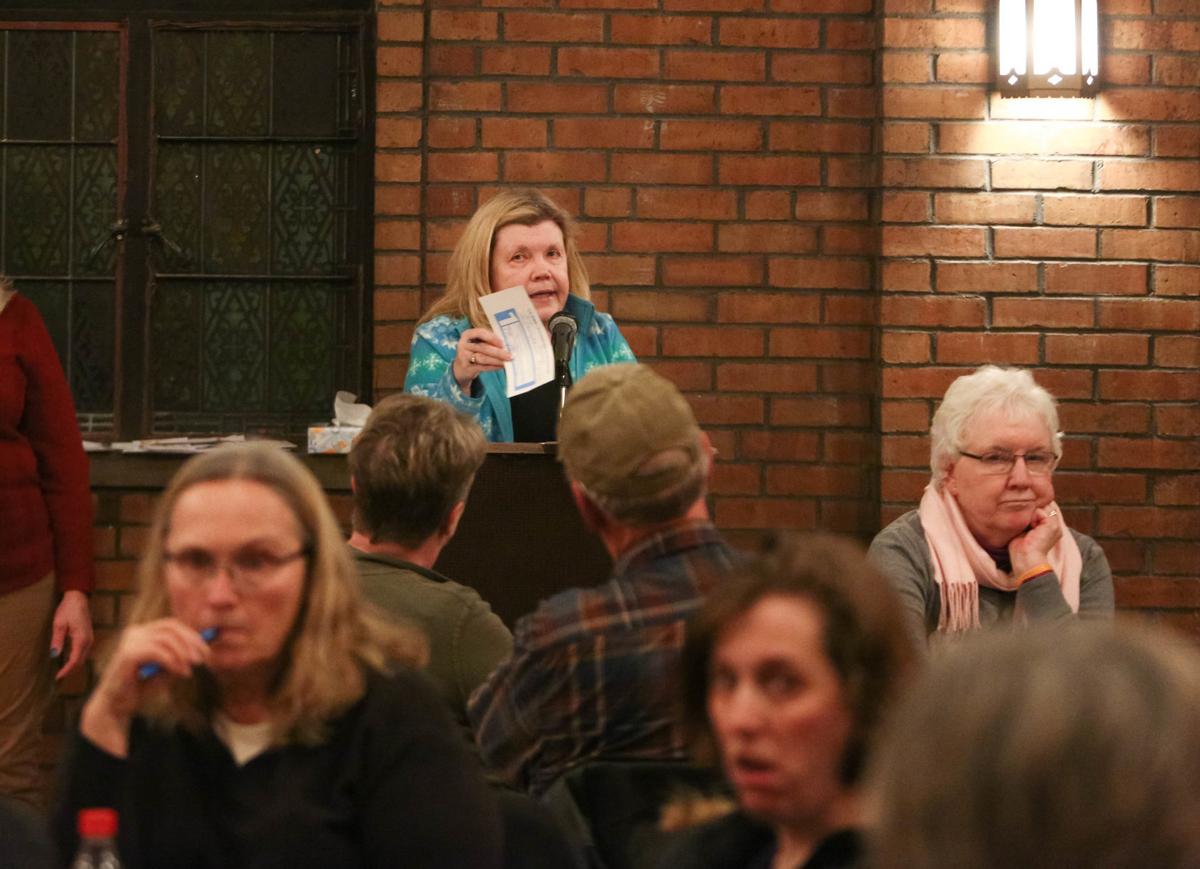 Crystal Meier of the Cerro Gordo County Democrats presides over a mock caucus held in Mason City on Tuesday. Organizers coordinated the event an effort to walk party members through the process under a new set of rules which take effect this election cycle. 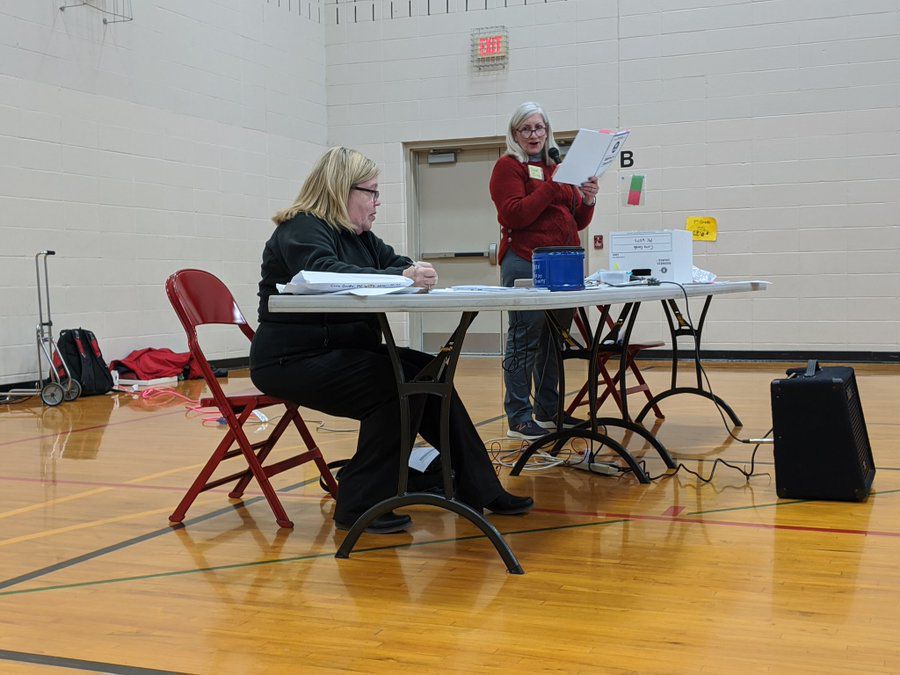 Crystal Meier and Sue Cira were the secretary and chair of the Jefferson Elementary School Democratic caucus location in Mason City Monday.