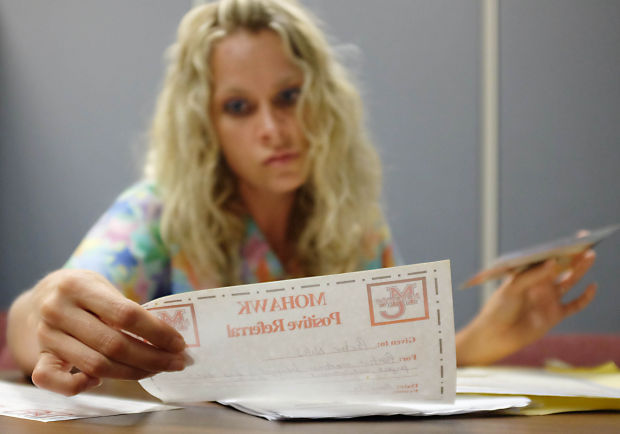 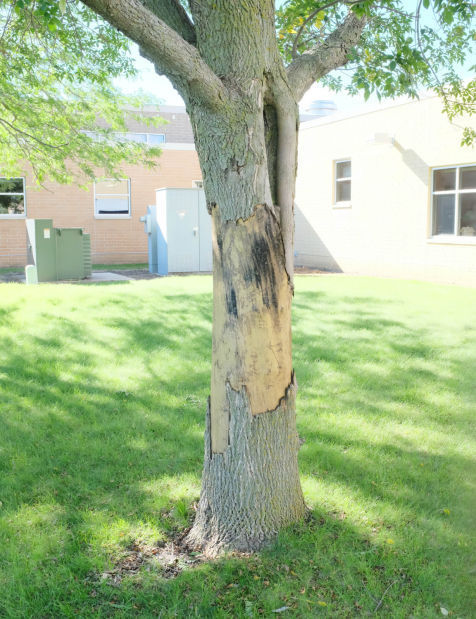 Two boys were charged with second-degree criminal mischief felonies after allegedly peeling bark from a tree on the Roosevelt School playground. 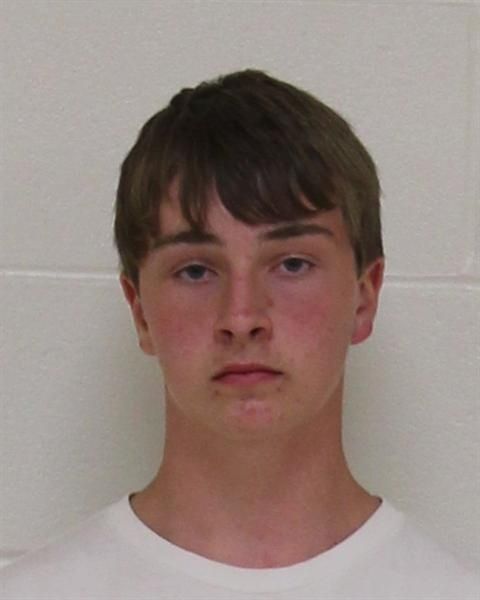 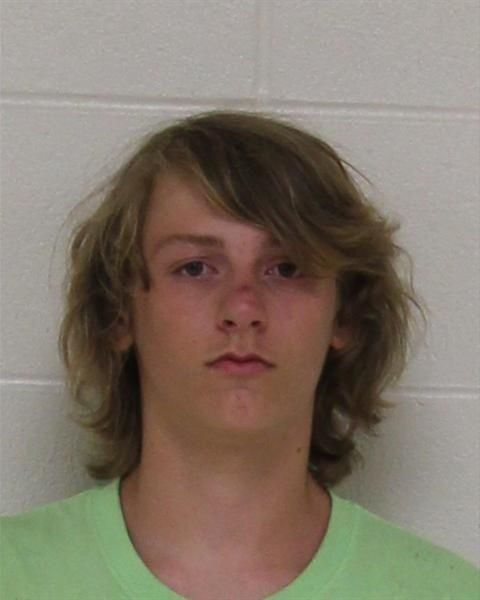 MASON CITY | As law enforcement clicked the shutter, capturing an image of her child against a stark, white wall, Naomi Wells was in shock.

“There’s nothing worse than seeing my 13-year-old son turn right, left and front as his mug shot is taken,” she said.

Parker Niles, 13, of Mason City, is one of two juveniles charged earlier this summer with second-degree criminal mischief, a Class D felony, for stripping bark off a mature tree on Mason City school property.

Wells said the incident occurred Aug. 5 near Roosevelt Elementary, an outdoor hangout spot for her son and his friends. Her son pulled at a piece of bark that was falling off the tree, with friends later following suit.

She said a neighbor witnessed Niles and Devon Barkema, 14, removing the bark and called police. After allegedly admitting to the act, both were charged with second-degree criminal mischief.

Barkema is Niles' stepbrother but does not live with Niles.

Charges were based on the dollar amount to remove and replace the tree, which Cutting Edge Tree Services quoted at $1,166, according to Mason City Police Sgt. Dave Houser.

“I thought it was high to begin with, but how do you come up with a cost of a tree?” Houser said.

He said the tree will likely die, since it is missing 4 to 5 feet of bark all the way around the trunk.

Wells said two other juveniles were involved in defacing the tree and carved their initials, but Houser said no others were charged in the incident.

Wells feels there was a lack of responsibility from the Police Department and school district for not conducting a more thorough investigation or suggesting additional estimates.

Blanchard Tree Services quoted her $475, which would not amount to felony charges.

“My heart is hurting for my son,” Wells said, noting she’s worried a felony conviction could follow him the rest of his life, even if it drops off his juvenile record once he turns 18. “I don’t believe it had to go to this extreme.”

She said Niles has not been disciplined by the district, but Barkema received a letter informing him he was suspended from all extracurricular activities for 28 days.

As Wells sifted through a stack of recent positive referrals from teachers that praised her son’s work ethic and leadership skills, she said Niles is an avid football and basketball player who has rarely gotten in trouble at school, other than a detention for not turning in an assignment.

She said he knows better than to break car windows or spray paint graffiti on the school, but didn't understand bark doesn’t grow back on a tree, which is someone else’s property.

“I guess as a parent, I should be at fault for not teaching him that pulling bark off a tree will kill it,” she said. “I made sure to cover sex, drugs, drinking, responsibility, honesty and God, but trees, that one slipped my mind.”

Wells thinks the district could have handled the situation better, like discussing payment for the tree and completing community service instead of felony charges.

Juvenile Court Services has informed her charges will be handled “informally,” and that Wells will be able to submit the lower estimate.

Wells said she’s disappointed with the district’s lack of communication, claiming Hal Minear, assistant superintendent of administrative services, is not returning her calls. School Board members have told her they have to remain neutral and can’t get involved.

Mason City Community Schools issued the following statement Tuesday: “The school district continues to work closely with the Police Department and families through this process.”

“I’m very willing to work with the school,” Wells said. “It’s just really frustrating when you’re trying to help your kid out but you can’t fight the battle because no one is willing to listen or give you a chance.”

Watch Now: America is running out of lifeguards

Children and delta: What parents need to know

Children and delta: What parents need to know

Two boys were charged with second-degree criminal mischief felonies after allegedly peeling bark from a tree on the Roosevelt School playground.