Iowa will withhold COVID-19 vaccine doses next week from Hancock County, one of five in the state, because it did not inoculate enough people, the head of the state’s pandemic response said Friday during an telephone town hall with AARP members.

“We’re going to give them a little bit of a break to catch up. That is really a measure not to be punitive to those five counties,” Garcia said. “We know how hard everyone is working, but it really is to make sure that we’re then giving that chance to those counties that are moving through their vaccine allocation, that we’re getting it out to the Iowans who need it.”

She said the reduction won’t be “a forever withhold,” and the counties would get their full allocation back if they hit the 80 percent threshold.

In the meantime, doses that would have gone to the five counties next week “will be sent to other vaccine providers with capacity for higher administration rates,” a public health department spokesman said.

The spokesman would not name the five counties that are lagging, but state Sen. Liz Mathis, D-Hiawatha, tweeted the counties are: Washington, Chickasaw, Hancock, Poweshiek and Buchanan.

In Hancock County, residents can set up an appointment or get on a waiting list to receive the vaccine in one of two ways: they can call 641-843-5095 or use a QR code on the Hancock County Health System website.

As of Feb. 1, about 200 people 65 and older were on a waiting list, according to a press release HCHS posted on its site.

Gov. Kim Reynolds’ administration also announced Friday it would not — at least for now — award a contract for a call center the governor had touted just Wednesday in a news conference as one of the ways the state would be helping residents set up vaccine appointments.

Garcia heard concerns and frustrations from Iowans aged 65 and older who are eligible to get their initial COVID-19 vaccination but have experienced delays, computer website crashes or lack the resources to meet the scheduling needs of a system struggling to keep up with the demand for immunization shots.

“I’ve had a terrible time trying to schedule anything,” said a caller named Ruth, who had been thwarted in her efforts to schedule a COVID-19 vaccination appointment. “I feel like I’m kind of stuck.”

Likewise, a Waterloo woman said she called the state’s 211 call center but ended up talking with a responder based in Nebraska and was equally frustrated by attempts to find a Hy-Vee or other participating pharmacy that had the vaccine or knew where to get it.

Garcia said state officials are working with private companies to centralize and streamline the appointment process and hope to “stand up” a new online system.

At the same time, she said, she expects Iowa’s supply of COVID-19 vaccines will increase as well with a third product to be available in Iowa, perhaps in March.

“This has been incredibly difficult but we do have light at the end of the tunnel,” she told the AARP telephone meeting.

Garcia said public health professionals stand ready to expand the vaccination effort as supply expands. But in the meantime, she urged Iowans to remain vigilant in their precautions aimed at slowing the viral spread as immunity builds — even though Reynolds last week dropped a partial mask mandate and relaxed social distancing rules.

“Our guidance from the department would not change. We still very much want everyone to be taking every mitigation effort possible — wear a mask, a tightfitting mask and in some cases two masks,” Garcia said, noting that new, more aggressive coronavirus variants have been detected in Iowa.

Open slots for vaccinations are still available as more doses are coming in at a steadier clip.

DA: 'No one' ruled out in movie shooting probe 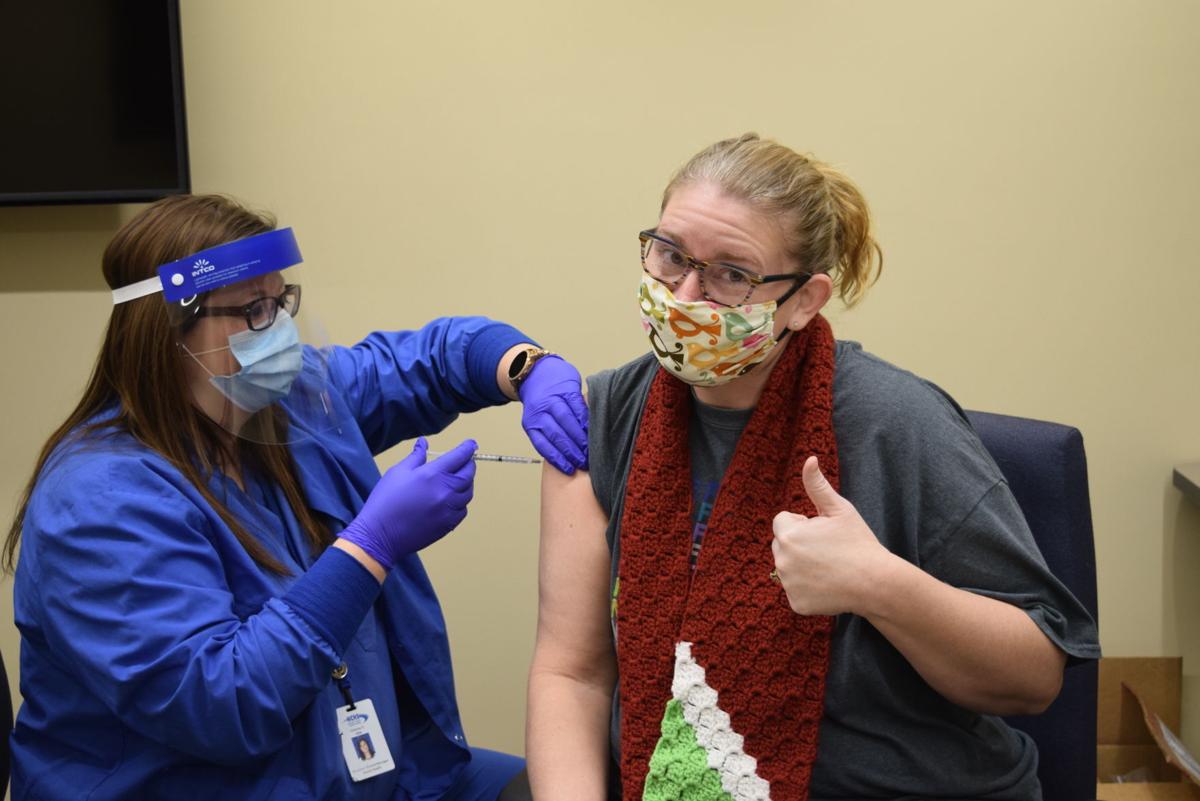 Among the first of HCHS health care staff to get vaccinated against COVID-19 were Hancock County providers' staff. Chelcee Schleuger, director of HCHS Community Health, administers the vaccine to Lacy Halsrud in January. 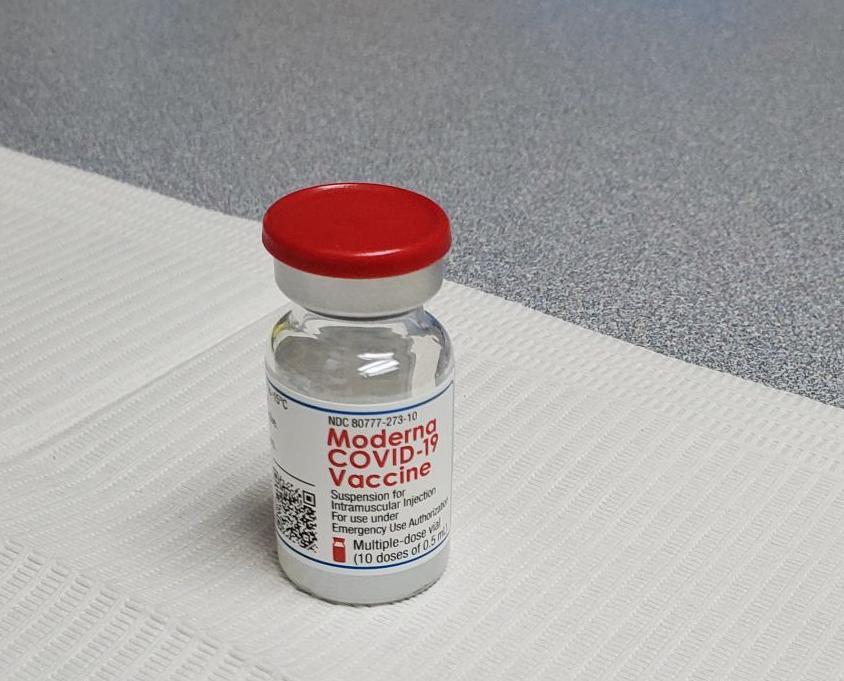 A vial of Moderna COVID-19 vaccine is shown on a preparation table. Winnebago and Hancock Counties have been administering Moderna vaccines during all of their vaccination clinics.