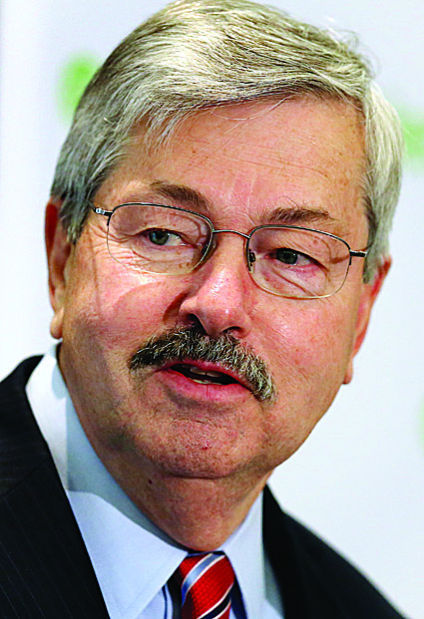 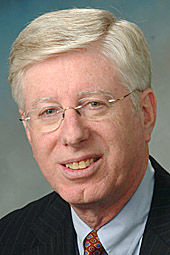 Iowa has the rare distinction of having half its executive-branch comprised with three of the nation’s longest-serving elected office holders — Republican Terry Branstad as governor and Democrats Tom Miller as attorney general and Mike Fitzgerald as state treasurer.

“I am not sure if that has ever happened,” said Audrey Wall, a Council of State Governments’ official who is managing editor for “The Book of The States,” a yearly publication with data going back to 1933.

“It is unusual for half of the executive branch to be that long serving,” Wall said. “Without going back and just counting all of them, I would say that you do have a fairly unique situation. But as far as it never happening before, I couldn’t say that.”

BRANSTAD, 67 — A FOUR-TERM GOVERNOR, from 1983 to 1999, who came out of retirement to capture an unprecedented fifth term in 2010 — is the longest-serving current governor and is on track for the all-time record held by former New York Gov. George Clinton as the longest-serving governor in U.S. history.

“Branstad has not officially announced his candidacy for 2014 but has already amassed a record of Joe DiMaggio-like proportions that no one may ever break,” according to the Smart Politics blog at the University of Minnesota’s Humphrey School of Public Affairs.

Along with Branstad are Miller, 69, and Fitzgerald, 62, both in their eighth terms with plans to seek re-election in 2014. Miller’s time in his office spans from 1979 to 1991 and from 1995 to the present, while Fitzgerald has served continuously in eight terms dating back to 1983.

“The thing about all of these guys is that they’re pretty low key in many ways,” said Iowa State University political science professor Steffen Schmidt. “They don’t yell and scream and they don’t pound on desks. They just kind of plod along like a good plow horse and keep moving forward.

THE TREND CARRIES TO THE U.S. SENATE, where multiple-term Republican Charles Grassley is sixth on the seniority list, followed one notch behind by Democrat Tom Harkin. Schmidt said the common threads among Iowa successful candidates are that they do their due diligence in overseeing their duties, they travel the state meeting people and making their case and they aren’t flamboyant about it.

“If people are paying attention, which I think they are when they vote, they’re just comparing the devil you know and looking at the devil that you don’t know who is running against him and they go, ‘Well, we know the governor and we know the attorney general, and they’re doing a pretty good job and we’re going to stick to them, we’re not going to take any chances here,’” Schmidt said.

Dianne Bystrom, director of ISU’s Catt Center for Women and Politics, said Iowa’s situation speaks to the power of incumbency and the fact that Iowa is one of only 14 states that do not have term limits for elected officials.

“That’s one thing that sets us uniquely aside from other states,” she said, noting that most states put a limit of two consecutive four-year terms on their governorships.

Research shows that incumbents are reelected 90 percent of the time, and the percentage is even higher in Iowa, Bystrom said.

“I think Iowa tends to be a state, despite what voters may say, that is comfortable reelecting incumbents if they think they’re doing a good job,” she said. “For some reasons these candidates in Iowa want to keep on running and running and running.”

The last time Iowans rejected an incumbent governor was in 2010 when they replaced Democrat Chet Culver with a returning incumbent – Branstad.

“It’s usually pretty difficult to defeat an incumbent just because Iowans like to know their officials, and they like stability and predictability,” Branstad said. “If they have somebody that they think is doing a good job that they’re satisfied with, they’re not likely to change them.”

Richard Johnson, a Sheldahl Republican who served for 24 years as Iowa’s state auditor, noted that if an elected official is doing his or her job and they are not exposed politically for some kind of question that would undermine voters’ confidence, Iowans generally will keep them in office.

Fitzgerald said he “never dreamed that we’d all be here 30 years later. But things happen in life that none of us can predict."

BILLS HAVE BEEN INTRODUCED in the Iowa Legislature to impose term limits on elected officials but they consistently have stalled.

During a legislative forum in Des Moines this week, state Sen. Rick Bertrand, R-Sioux City, said term limits are the way to fix the problems currently saddling government, and he plans to push the idea again in the 2014 session of the Iowa Legislature.

“I don’t think it’s going to happen. We’re going to talk about it,” said Bertrand, adding that “in my opinion, politics has become too personal, too vindictive and too self-serving.”

PHOTOS: On the job and behind the scenes of Mason City-based first responders

A worker was killed in an accident at Prestage Foods of Iowa in Eagle Grove on Friday morning.

On July 1, the Clear Lake Senior Citizens Center shut its doors, and if current trends continue, it could be just the first senior citizen cen…