Crouched within the tight confines of their grassy blind, an eager group of 10 hunters was finally treated to the sound they’d been longing for.

To them, it was simply the sweetest music on earth – the distinctive, clarion call of approaching Canada geese. Although the geese had yet to be seen, the increasing volume of their honking said they were headed in the right direction.

Hunt coordinator Zane Kantaris was the first to spot the birds.

Appearing as a twin string of dots etched against the overcast sky, the geese steadily loomed larger. While still a quarter mile distant, it suddenly became clear that the incoming Canadas had spotted the more than 250 goose decoys carefully arranged atop the freshly harvested corn stubble. Adjusting their course, the birds set their wings and began to tentatively lose altitude.

But it’s late in the hunting season and geese have become wary. And although interested, the flock had yet to be fully convinced. Their fate became sealed as hunt co-organizer Adam Brock pressed the goose call to his lips, producing a sound so pure and so realistic that it was hard to believe that a live bird hadn’t somehow sneaked into the blind.

Arching their necks and cupping their wings, the incoming geese quickly replied with excited enthusiasm. Crouching even lower, the party of 10 watched in awe as the scene continued to unfold. Hushed and excited whispers of “Just look at that” or “This is unbelievable” began passing up and down the line.

The flock’s descent continued until with black webs extended, the giant birds were back peddling for a landing among the decoys. With the closest geese hovering at a distance of 20 yards or less, the honking had become deafening. And then came the words that goose hunters live for.

Although the scene was as old as waterfowl hunting itself, this was no ordinary goose hunt. Officially dubbed Honkers for Heroes, the outdoor adventure was part of a two-and-a-half day, fully catered event designed to honor a group of 10 military combat veterans serving in Vietnam, Desert Storm, Iraq and Afghanistan. Arriving from across Iowa, Minnesota, Tennessee, and Kentucky, only two of the hunters had previously met.

“What we wanted to accomplish with this hunt was to show veterans our respect and admiration for the personal sacrifices they’ve made for our country,” said Kantaris who, along with Mark Orton, operates KO Outfitters, a guide service for spring snow goose hunters. “Goose hunting is our passion – something we love – and we thought this was something unique that we could share with veterans – a way to show them a good time while letting them know how much we appreciate their sacrifice.”

“My dad [Jim Hahn] passed away last December. He was a Vietnam veteran and Zane staged a special tribute hunt to honor him. That really touched me; I still think of that hunt every time I drive by that field,” said Hahn. “Pretty soon, we started talking about how we could give back to our veterans. I guess that was the beginning of this hunt.”

"We decided to offer a completely catered goose hunt to ten veterans, which was the number we could safely hunt in one party,” said Kantaris.

The group's support team would do everything – build the blinds, supply and put out the decoys, make sure the coffee was hot. Each hunter would receive two days of duck and goose hunting, free meals, private rooms at Clear Lake’s Best Western, free ammo and other gifts, plus a Saturday night steak fry with all the trimmings.

"Any geese or ducks we bagged would be processed and frozen so each hunter could take birds home," Kantaris said. "We really wanted this to be something special; something they would remember for a long time.”

On Sept. 11, the Honkers for Heroes hunt was officially announced. The response was overwhelming, and organizers had soon received five times the number of applicants they could handle.

Army veteran Matt Macke of Solon, Iowa, was among those chosen to participant in the hunt. While serving in Iraq, Macke was caught in a complex ambush where he took a single rifle bullet and received shrapnel in both legs and both arms, earning him a Purple Heart.

Following his recovery, Macke returned to the field – this time in Afghanistan. While heading to assist in an ongoing firefight, he earned a second Purple Heart when his vehicle detonated an improvised explosive device, breaking every bone in his body below the waist. Macke spent two months in intensive care, living in a fully climate-controlled room. Following a series of experimental repair surgeries, Macke, now a civilian, is once again active – this time as a patient’s advocate for wounded vets and others.

“My dad is a retired Iowa Game Warden, and I’ve been a hunter my whole life,” Macke said. “This goose hunt was as good as it gets. But for me, I think the best part was watching those guys who had never hunted waterfowl enjoy success. They were so excited. They’ll remember this hunt forever.”

Gene Hockenson, now living in Plymouth, Iowa, served in Vietnam beginning in 1968. Due to lingering effects of exposure to Agent Orange, Hockenson continues to experience ongoing health problems which include bone issues due to leukemia. He has undergone five leg surgeries and has been home bound for the past five years. At 72, he was the Honker for Heroes senior participant.

"During Vietnam, most of us were drafted into the military. We had no choice; we just went and did the best job we could. When we came back things were really bad. Outside our families, nobody seemed to care; it was just awful," Hockenson said. "But things have changed today. To see the reception these young guys are receiving just fills me with joy. It is so wonderful to see them get the appreciation they deserve.

“I enjoy the outdoors and hunting but, because of health complications, I haven’t been able to do any of that during the past five years,” says Hockenson. “I bagged a Canada goose today. The younger guys made sure that I got the shot. I am so thrilled and feel so honored. This hunt has exceeded all expectations. I will remember this forever.”

DNR Conservation Officer and Honkers for Heroes safety coordinator, Matt Washburn said he was happy with the hunt.

“The action was virtually nonstop," he said. "Some of these guys had never hunted waterfowl before and were so awestruck by the sound and beauty of decoying geese that they didn’t even pick up their shotguns when the shot was called. There was never a shortage of excitement and laughter in the blind. Considering what these guys have been through, it was all very rewarding.”

“I was already excited, but this hunt went way beyond my wildest dreams,” said Black. “The number of birds was incredible, and I’ve never seen anything like the level of appreciation shown to me in Iowa.”

When Black headed back to Kentucky late Sunday, he boarded the airplane with a full cooler of frozen ducks and geese. But not all of his birds were processed. Black kept a beautiful, full color drake mallard intact and is having the bird mounted as a lasting reminder of his Honkers for Heroes adventure.

“The entire event was incredible,” said Ryan. “I will never forget this hunt.” Black is scheduled to return to Afghanistan sometime before Christmas."

New teachers and other critical staff are being added in rural Iowa schools thanks in part to more than $30 million in new state funding designed to help districts with outsized transportation costs.

On Thursday night, stargazers might witness as many as several meteors per second in a rare meteor storm.

Along with those emotionally and financially impactful items, council considered hotel development plans as well as funding for an apartment project.

Following calls from Iowa officials, a federal energy agency is ordering pipeline company to shift distribution of liquid propane to Iowa and other Midwest states where demand is by farmers and homeowners is outstripping the supply.

Santa's elves placed the special mailbox here to make sure everyone could get their Christmas letters directly to Santa. 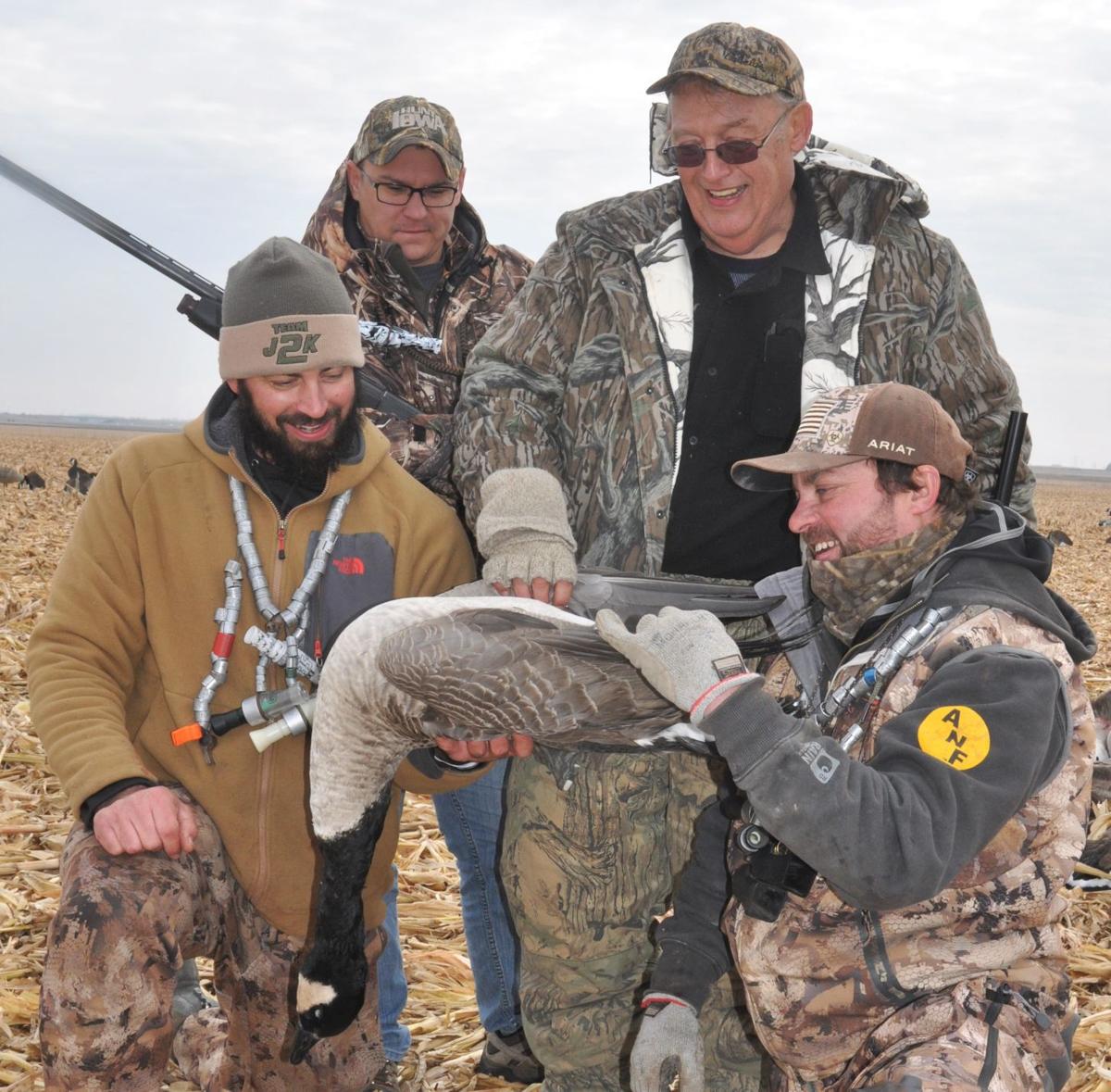 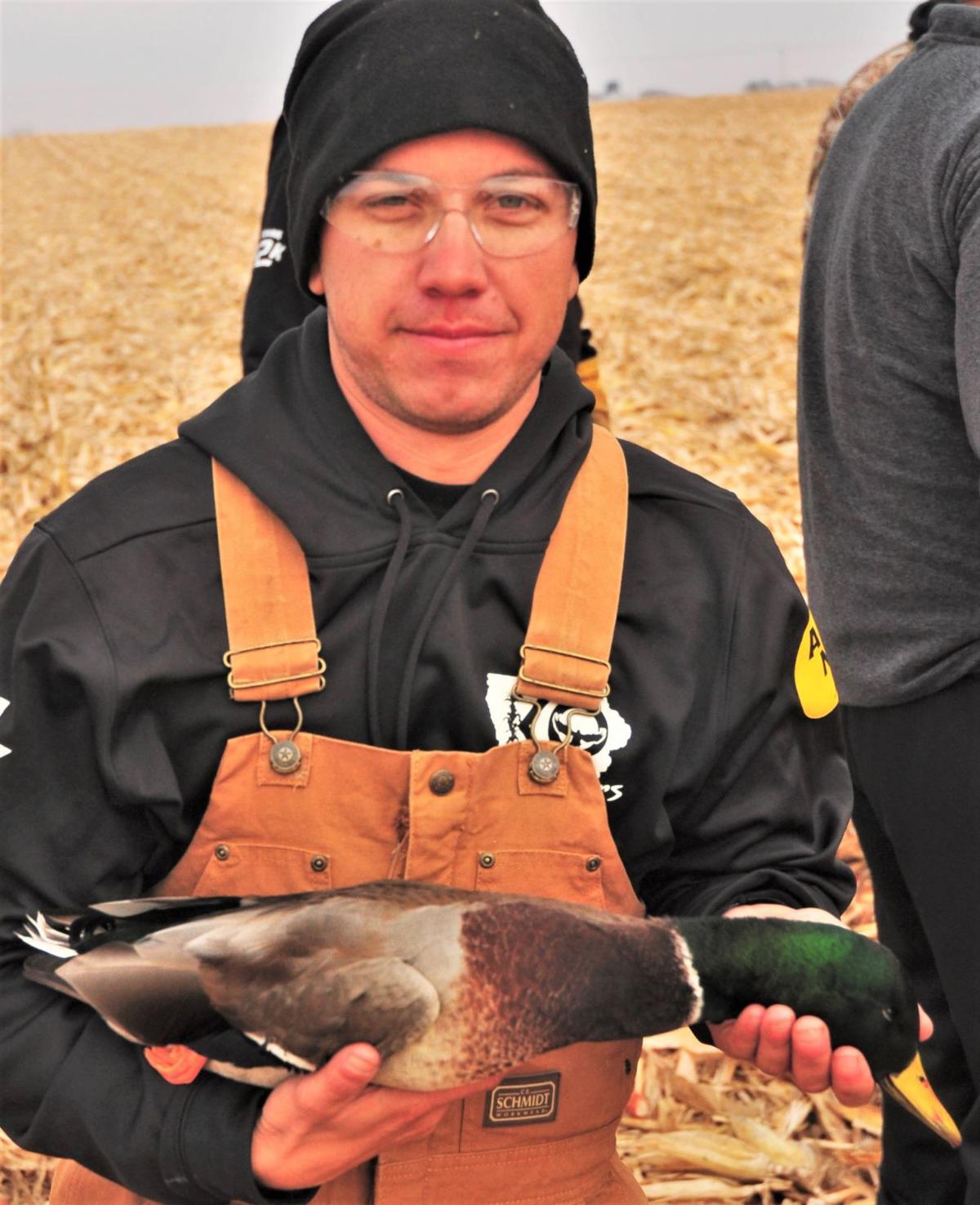 Afghanistan veteran Ryan Black displays a drake mallard bagged during last weekend's all-expenses-paid Honkers for Heroes hunting adventure. Stationed at Ft. Campbell, Kentucky, Black left Iowa with fond memories and a cooler full of processed ducks and geese. He kept the pictured mallard intact, however, and plans to have the bird mounted as a lasting reminder of his visit to North Iowa. Ryan is scheduled to return to Afghanistan sometime before Christmas. 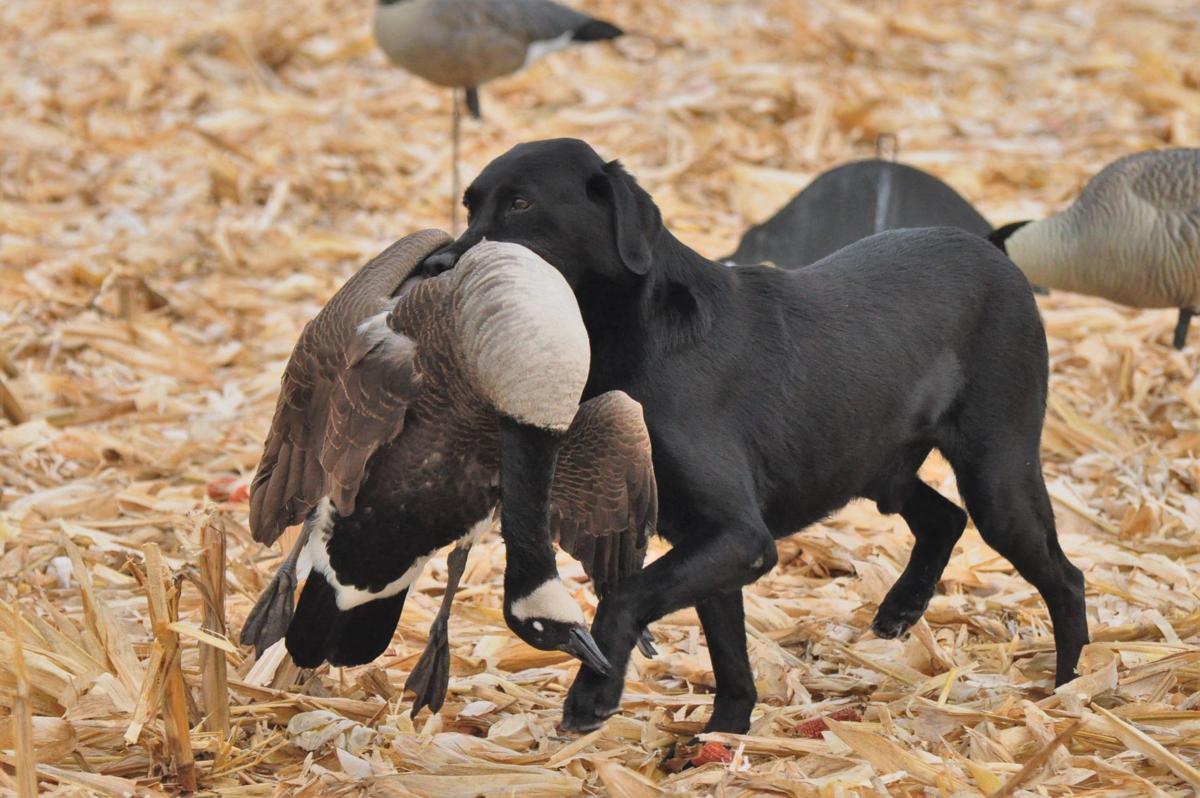